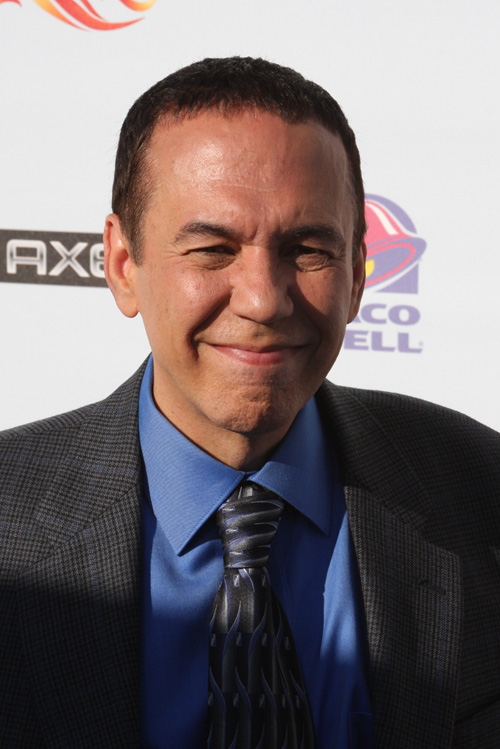 Gilbert Gottfried: a man too ugly for words

The most annoying man on the face of the planet, Gilbert Gottfried, has been fired from his job as the voice of the Aflac duck. Why, you ask? Surprisingly, it’s not because he has the most annoying voice in the world, or because he seems to be incapable of fully opening his eyes. No, it was because the man is a tasteless idiot who thinks that now is the perfect time to tweet jokes about the tsunami in Japan.

According to TMZ, Gottfried fired off a whopping TWELVE tsunami jokes on his Twitter page. The tweets have since been deleted, but here’s a little taste of how dumb he truly is:

Looking at Gottfried’s Twitter page, I am not the least bit surprised that the man tweeted so many of these tsunami “jokes”. It seems as though he often tweets a joke, then realizes it’s not that funny, so he tweets a new version of the same joke, which is equally lacking in humor. If at first you don’t succeed, maybe you should just give up, ’cause you suck, and it’s just sad.

To me, the most shocking part of this story, is the reminder it gives us that anyone would hire this freak in the first place. He is so annoying! I want to grab him by the neck and choke him out every time I see/hear him.

In other news: 50 Cent also tweeted some inappropriate tsunami jokes, but he doesn’t make me want to kill everything in sight like Gilbert Gottfried does; and his jokes were more offensive towards white boys and hoes than anything else. Plus, at least he attempted to apologize. He, too, has since deleted the following tweets. I don’t know why celebs think that deleting things will also delete the evidence that they are highly moronic. 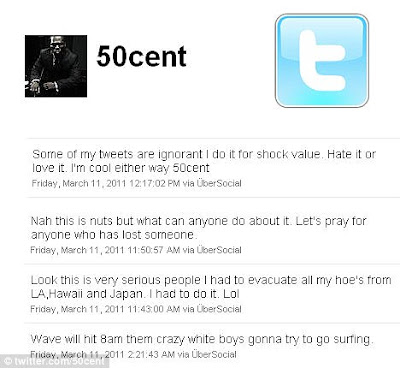