Poor Jessica Biel. Justin Timberlake has finally called it quits with Jess and her man-shoulders. Although, a rep for the pair claims it was a mutual decision…

“Addressing the media speculation regarding Jessica Biel and Justin Timberlake’s relationship, we are confirming that they mutually have decided to part ways. The two remain friends and continue to hold the highest level of love and respect for each other.”*

Jesstin** started dating in 2007, and never really looked happy, ever.

Actually, let me rephrase that. In almost every photograph of Jessica and Justin, they either both look miserable and ornery; or Jessica looks enamored, while Justin looks either completely uninterested, or as if he would rather have someone put a bullet in his head and end his misery. 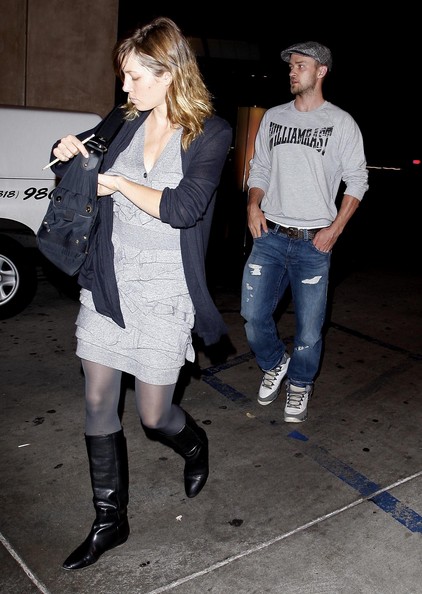 Jessica and Justin are so into each other 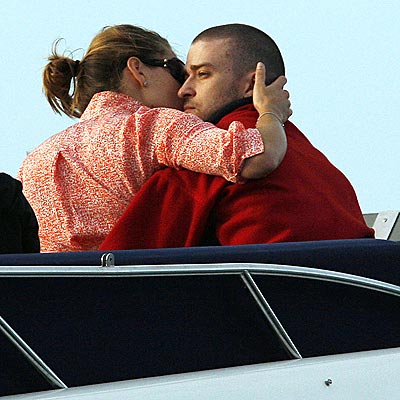 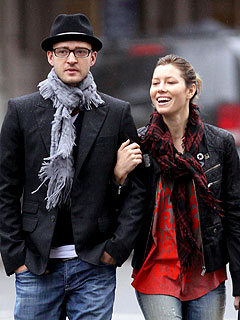 They only dragged that thing out for a good 4 years; no big deal. But weren’t they rumored to have broken up before? In an interview with Vogue last year, when asked about all of the rumors of break-ups and infidelities (on Justin’s part), Jessica replied,

“I don’t want to talk about it. I don’t feel the need to clear anything up. It’s the most precious thing that I have in my life, and I care about it so much that I don’t care about what anyone says or thinks. I have just not addressed it in any real way, and I’m not going to. It’s mine. And I really like that about it.”

Is it just me, or does that response not seem to make complete sense? Nonsensical answer-dancing aside, of course the relationship was the most precious thing in Jessica Biel’s life; it was the only reason anyone ever paid any attention to her.

Let’s hope they stay broken up this time, I have little to no interest in either one of those idiots.

*Regarding their rep’s statement, I feel it would have been more correctly phrased as such:”Addressing the media speculation regarding Jessica Biel and Justin Timberlake’s relationship, we are confirming that they have mutually decided to part ways. The two remain friends and continue to hold the highest level of love and respect for each other.” But that’s just a grammatical issue.

**People always like to mash celebrity couples’ names together, so I wanted in on that action.

Mini-Posh is on Her Way!