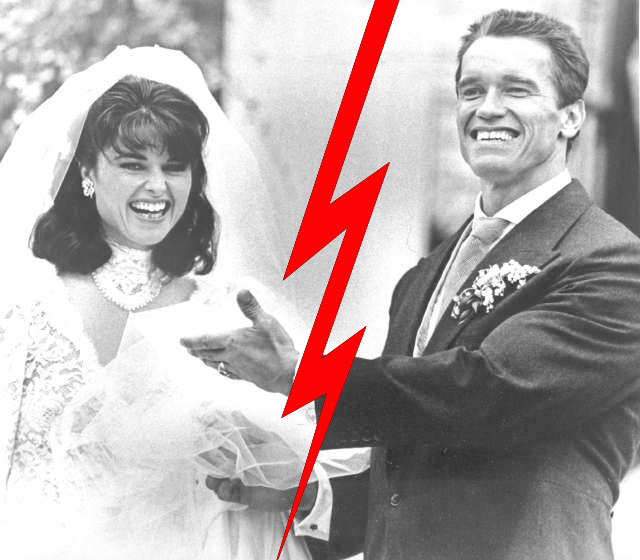 By now, we all know that Arnold Schwarzenegger and Maria Shriver have separated (although no official legal action has been taken, as of yet).

In case you haven’t heard, the reason behind Maria Shriver’s split from Arnold Schwarzenegger was the eensie-weensie little fact that Arnie fathered an “illegitimate” child 14 years ago. (Shoutout to everyone involved for keeping this under wraps for such a long time… secrets are hard!)

So, Who Is This Arnold Schwarzenegger Love Child?

The mother of this bastard baby is a woman named Mildred Patricia Baena, who worked as a housekeeper and assistant for the Schwarzenegger family for more than 20 years. TWENTY YEARS! Mildred just retired from her post as homewrecker housekeeper this past January. Since she jumped off the bridge before it ignited in flames and crumbled to the rushing river beneath it, she even received a severance package. A SEVERANCE PACKAGE! Aren’t facts fun? Another fun fact: Maria Shriver was pregnant with her and Arnold’s youngest son, Christopher, at the same time that Mildred Baena was carrying Schwarzenegger’s love child. THE SAME TIME!

The thing I can’t get past, is the fact that Schwarzenegger cheated on his wife, and mother of his children, with a woman named Mildred. Mildred! Really? Come on, Arnie, her name is MILDRED! As if that weren’t bad enough, here’s a picture of the homely homewrecker (taken from her MySpace page. Who still has a MySpace page? Apparently, people named Mildred do): 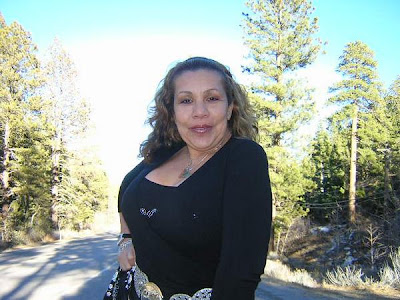 According to Mildred’s MySpace page, she goes by “Patty”. That’s definitely better than Mildred. Blech. Here are some other fun facts about Mildred “Patty” Baena: 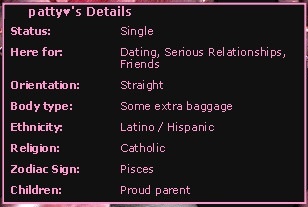 Because Hot Shiitake is quite worried it will soon be deleted, here’s a screen shot of Mildred Baena’s MySpace profile: 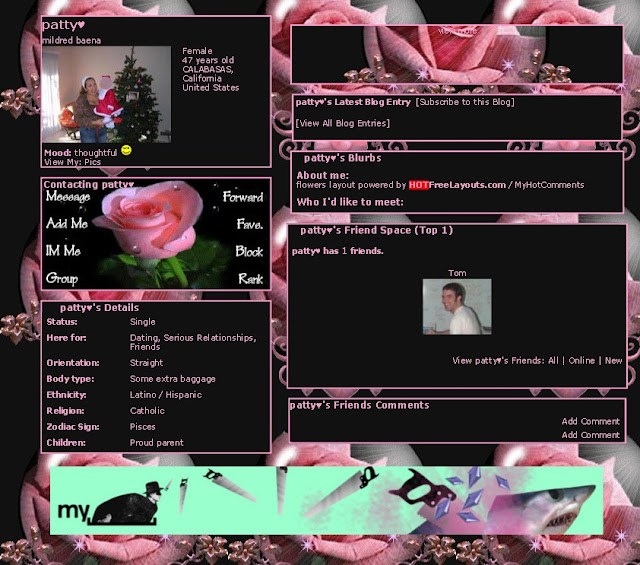 Check it out: Mildred has one friend. One. You go, girl!
(Click on the image to zoom and check out the full shenanigans)

(UPDATE: As expected, Mildred Baena’s MySpace page was deleted, sometime late May 19, or early May 20. One or the other.)

Schwarzenegger Kids: Not Happy With News Of Love Child

Arnold’s 17-year-old “legitimate” son, Patrick Arnold Schwarzenegger, has recently changed his name on Twitter, from “Patrick Schwarzenegger” to “Patrick Shriver”… obviously, the kids are on mom’s side. Adding insult to injury, Maria Shriver, who has been bosom buddies with Oprah for more than 30 years, made an appearance for the taping of Oprah’s final show, where, according to TMZ, insinuating comments were made, supposedly directed at Arnold. Zing. Poor Arnie, all alone in this cruel, cruel world. I’m sure Arnie now thinks of Mildred as the “Baena” of his existence. (Hardy har har) *Special Note: I do feel for the poor kids involved in all of this. Especially Ms. Baena’s son. He didn’t ask for any of this, and I’m sure he’s having a brutal time. Let us take a moment of silence to focus happy thoughts towards him.