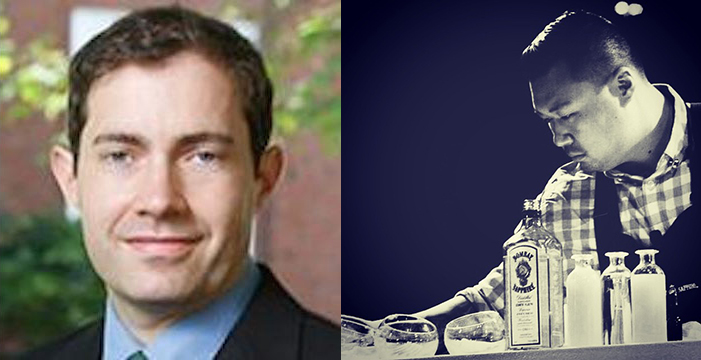 What would you do if you discovered a restaurant, whose food you’d enjoyed, had overcharged you by $4 on what you’d expected would be a $53.35 bill? You’d probably feel annoyed, but do nothing, because you’re a lazy human just like the rest of us, right?

But now, imagine you’re a douchey associate professor at Harvard Business School, and a restaurant, whose food you’d enjoyed, overcharged you by $4. Bet that changes things, huh? No? You’re still a normal human, you think? Well, you think wrong. You’d raise hell and spend countless hours writing pointless emails to the humble owners of Ye Ole Mom and Pop Chinese Restaurant (real name, Sichuan Garden in Brookline Village), because your time isn’t valuable and you haven’t a thing more important (and certainly nothing more entertaining) to do, nosiree.

So, here’s the story: Douchey McDouchington Ben Edelman, who teaches on the fine arts of Negotiation, Organizations & Markets at Harvard Business School, visited aforementioned Chinese restaurant and ordered food which he thought would total $53.35. But then, after admittedly enjoying the food, he realized he’d been overcharged by $4. OH, THE HORROR.

Instead of brushing off the $4 and thinking about his full belly, or maybe, at most, mustering the energy to simply call the restaurant to give them the opportunity to correct their egregious misdeed, he decided to take the scenic route to get his money back. Did he ever.

Professor McDouche’s first email seems reasonable enough; he lists the prices he saw on the restaurant’s website, lists what he was charged, and asks for clarification. Normal human stuff.

But then, in the second email, after receiving a reply from Ran Duan (the son of the Chinese restaurant’s founders), he starts letting his crazy flag fly, demanding that 3x the amount he was overcharged be refunded to his credit card (he also kindly offers the restaurant the option of mailing him a check), stating some Massachusetts legal mumbo-jumbo.

That’s when things get really LOL-y, but we’ll let you read the nonsensical bufoonery for yourself.

But wait, THERE’S MORE! Get ready to groan…

What an awful lot of reading we’ve all just done. A complete time-suck, that was. Nonetheless, this whole thing has us on the edge of our sites. We wonder if Ran Duan was taken away in cuffs by the proper authorities. Probably.

Side note: for a guy that’s all up in arms about a website being out of date, Benjamin Edelman sure has one helluvan old-ass site… let’s take a look-see at BenEdelman.org, shall we?

WTF year is this? 1999? Let’s hope he does a better job of updating his OKCupid profile.