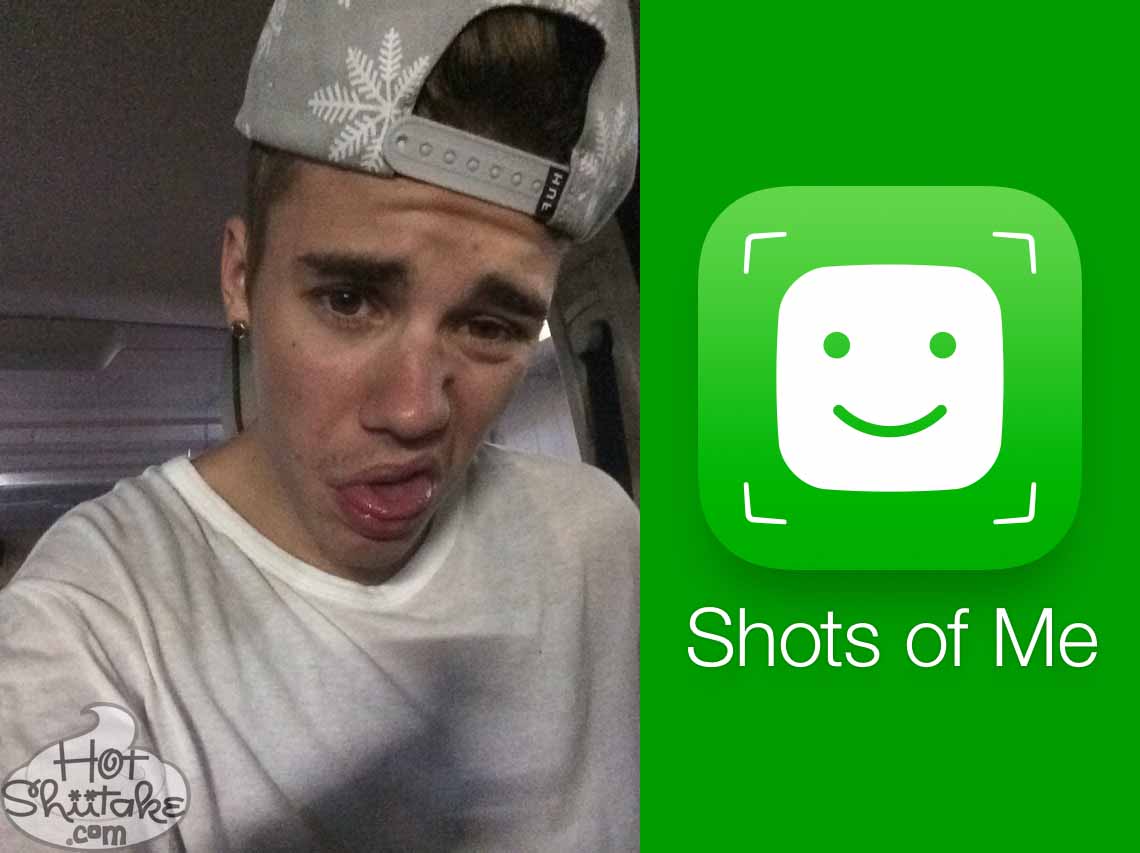 Here’s the bad news: you’re a self-absorbed little twat who devotes large portions of your day to taking pictures of yourself and posting them online, begging anyone who might happen to see them to please care about you, as your parents clearly never did.

But don’t kill yourself (yet), there is good news: there are thousands, perhaps millions, of like-minded little twats in the world — people just like you (in case you don’t know what “like-minded” means) — and one of them just happens to be someone that much of your kind look up to and follow like lemmings: Justin Bieber.

More good news: The Biebs has invested in a new app for all of his little lemming friends. An app that will make life as a lemming just a little easier: “Shots of Me,” a selfies-only iOS app for stupid idiots just like you.

But hold on to your hats, there’s more bad news:

Justine, as he is fondly known, forgot that this selfie app already exists, called Instagram, and anyone who wants to post selfies of themselves all day already does so… on Instagram. I mean, good god, what if I should want to post a selfie that also includes my bff for lifesies? Is that banned on Shots of Me? Can “Shots” tell if there is more than one shining face in any given shot? What if I take a selfie in the mirror, can it tell that the mirror is not directly me, and therefore kind of like someone else is standing in the room with me? Sooo many questions.

After about a month on the market (the free app was officially launched November 12, 2013), Shots Of Me has fluctuated between incredibly poor and kind-of-alrightish in its download ranking — spending most of its time in the incredibly poor rankings. At its best, Shots ranked 144th, at its worst, it ranked at 1475… or wasn’t even ranked at all. According to Gawker‘s source, any ranking “outside top 300 is probably 3-4k [downloads].” So, just imagine how few downloads a ranking in the thousands translates to.

Here’s a graph of the app’s rank history from App Annie: 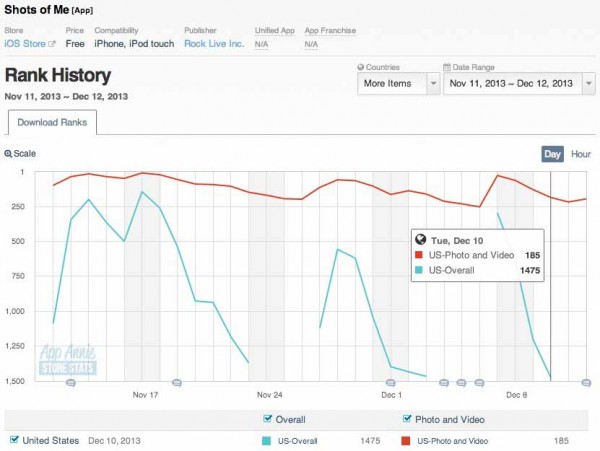 Presumably, when J-to-the-Bieber found out what a failure his selfie app venture was (if the measly download ranking don’t prove this app is really pointless garbage, lawd knows what will), he posted this selfie with the caption, “Noooooooo” — on his Shots profile, natch:

The Biebs’ ‘Shots Of Me’ Fails: A Sign Of What’s To Come?

As Shots of Me (which would be better named “MeMeMeMe” or “Really Bogus Useless Junk”) is the first-ish failure in what is sure to be a long string of continuous failures for The Biebs, let’s take a look at where Justin Bieber will likely be, 30 years from now…