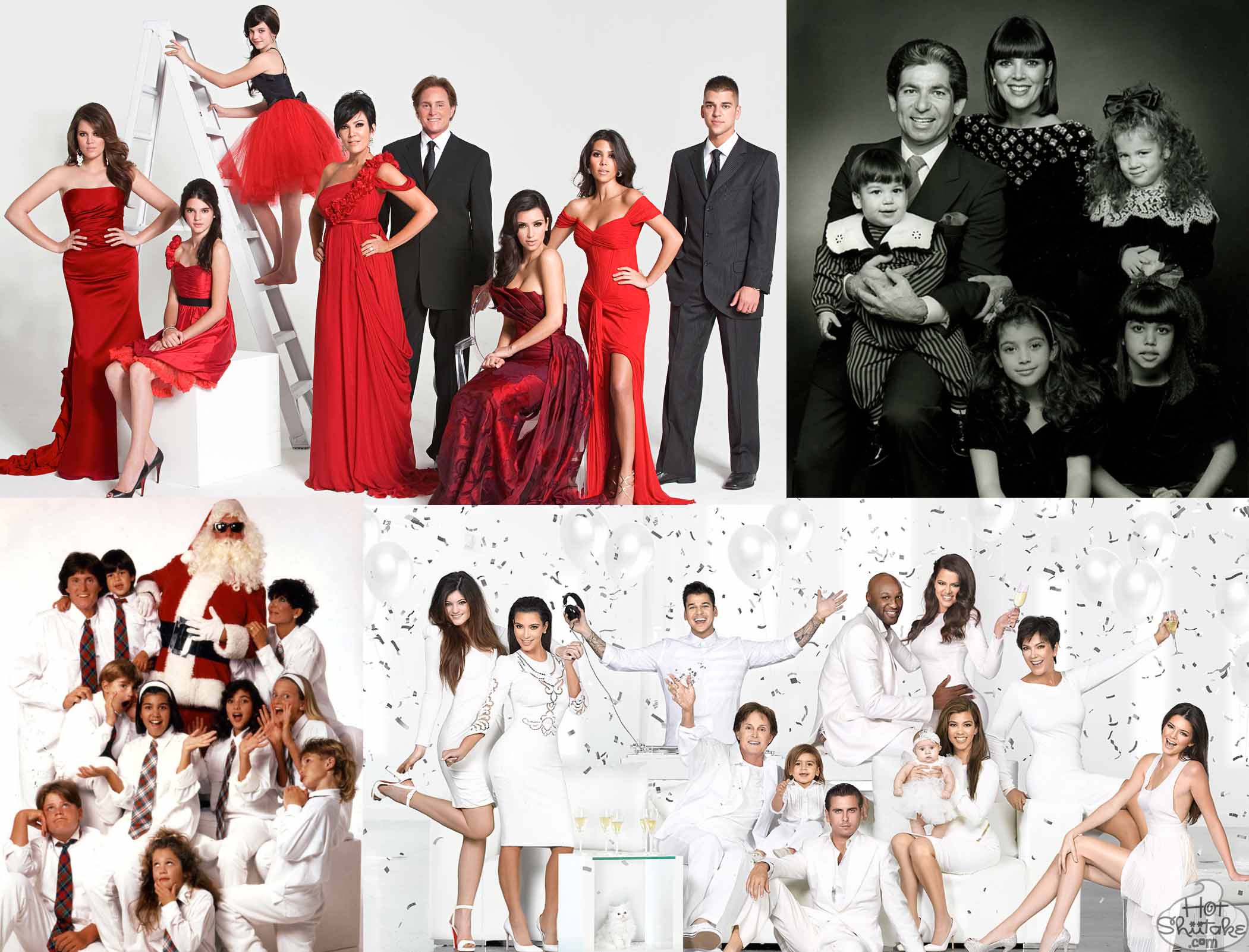 No one knows how to do a family Christmas card quite like the Kardashians. And through good times and bad, America’s most famous family has always managed to take a holiday photo — a tradition which has grown increasingly elaborate and insane through the years. Seriously, how much do you think those guys dish out for their annual Khristmas photo? Probably more than a lot of people make in a year, we’re guessing. A worthy investment. ‘Tis the season to gift the world with a self-indulgent photo of yourself, after all.

All/Most Of The Kardashian Family Christmas Cards Ever Made

We’ve done some intensive journalistic research and dug up all (or at least most) of the Kardashian Christmas cards from years gone by. These ghosts of Christmas past should be shared with the world, after all. So, season’s greetings and glad tidings to you and yours — whatever… enjoy! (Click on any image to zoom in on those krazy klan members.)

So much happening here. We’ve already talked this one to death. Read the full breakdown here: Kardashian Christmas Card 2013

All white everything. If Lamar Odom hadn’t been allowed in this card, we would cry racism. Thank god for the token black guy, amirite?

This card is just as, if not more, stoic and creepy as the year before… And according to an inside source, there was also a 3D version of this card… intense.

The Kardashians Get All Stoic & Creepy In 2010

They Kardashians are like a hyper-glam Addams Family. But what is that hideous kelly green furry monster on Kendall’s shoulders?

Kim “died laughing” when she saw this card… probably because Ryan Seacrest got to be an honorary Kardashian this year. He did help turn the Kardashians into the monsters they are today, so he deserves a place at the proverbial table, right? This was probably the family’s cheapest card since their rise to fame — like, seriously, a recycled photo from Khloé Kardashian‘s wedding? They’re practically peasants.

2008 would be the Kardashians’ holiday-iest shot since skyrocketing to fame in 2007. Ho ho ho. 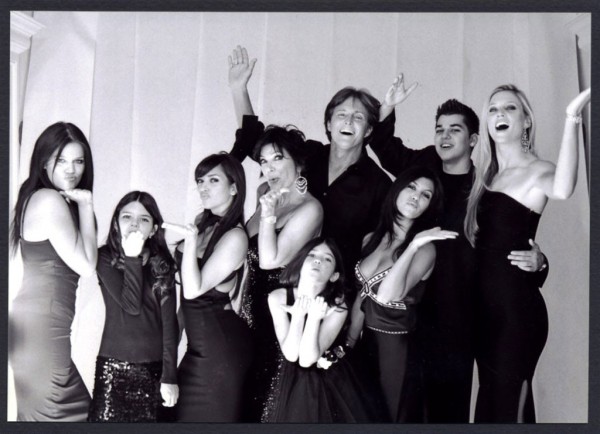 Kim Kardashian‘s sex tape was leaked in February of 2007 — so this year, they decided to go with a black and white photo — you know, to show the family’s somber tone during this difficult time in their lives.

Ahh, yes, 2006 — the family’s last Christmas, pre-sex tape. These were happier, simpler times, when a family could just go down to the beach and take a photo in the California sunshine — a photo that simply screams Christmas. This marks the end of an era, if you will.

Ok, you guys, here’s where things get a little cloudy… the Kardashian family Christmas cards get a little hard to track down pre-2006 — apparently, 2006 is when they decided they def wanted to be famous? Who knows. 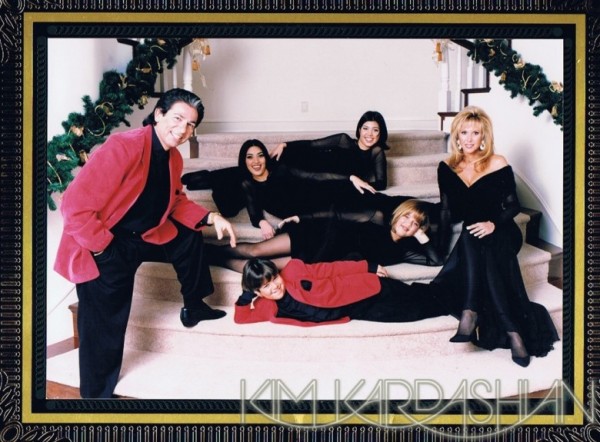 Is that Robert Kardashian’s other other ex-wife, Jan Ashley, whom he divorced in 1999? We’re gonna take our best guess and say it is. 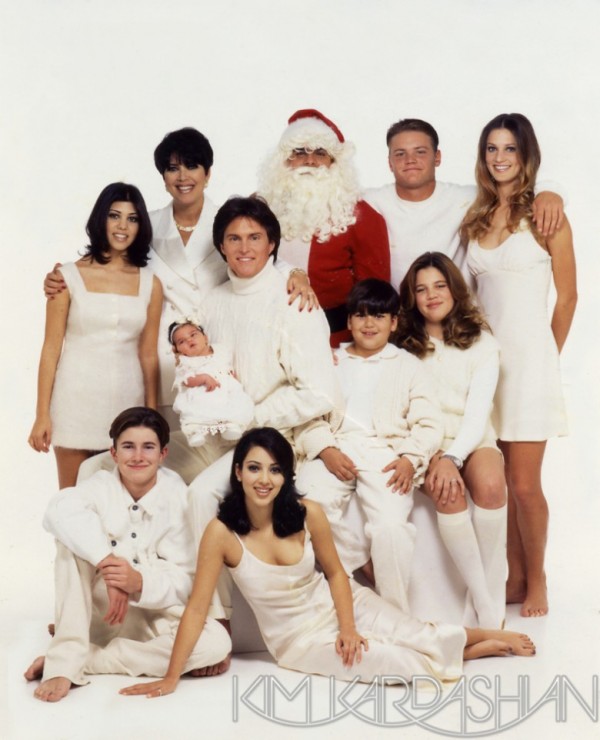 Awwwwwwwww, Kendall Jenner‘s first Christmas. Adorbz. This is before Kylie Jenner came along and tried to steal her older sister’s shine at every possible opportunity. Also: is that what the Jenner boys looked like when they were young? All fat and nerdy and junk? Sweet baby Jesus, there’s hope for us all. 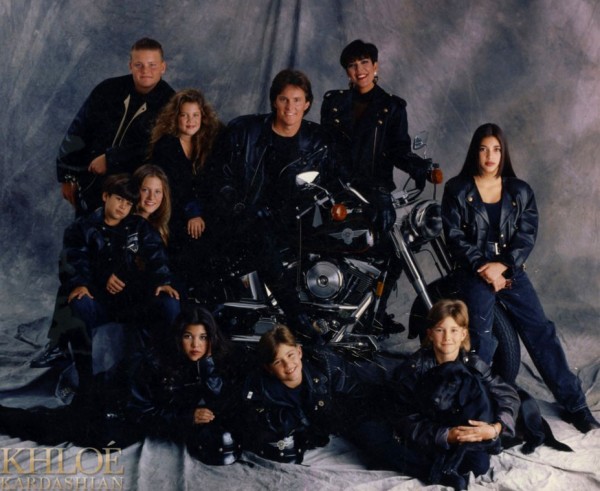 Brucey-Bruce got a motorcycle for Christmas the year before this, so the family decided to go all biker gang and pose with the hog for their next Christmas card, natch. 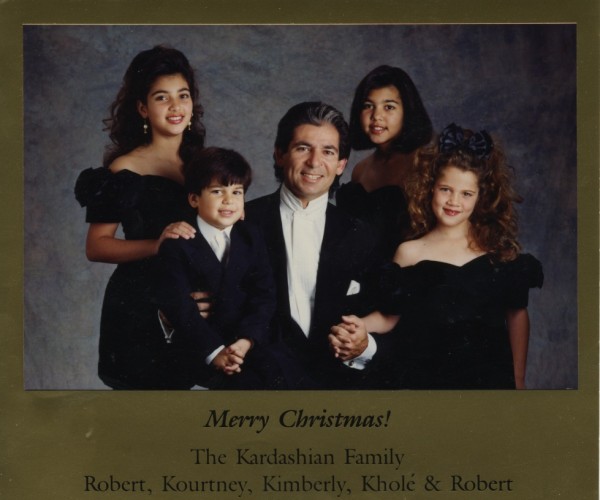 Kholé? Who in Sam Hill is that?? 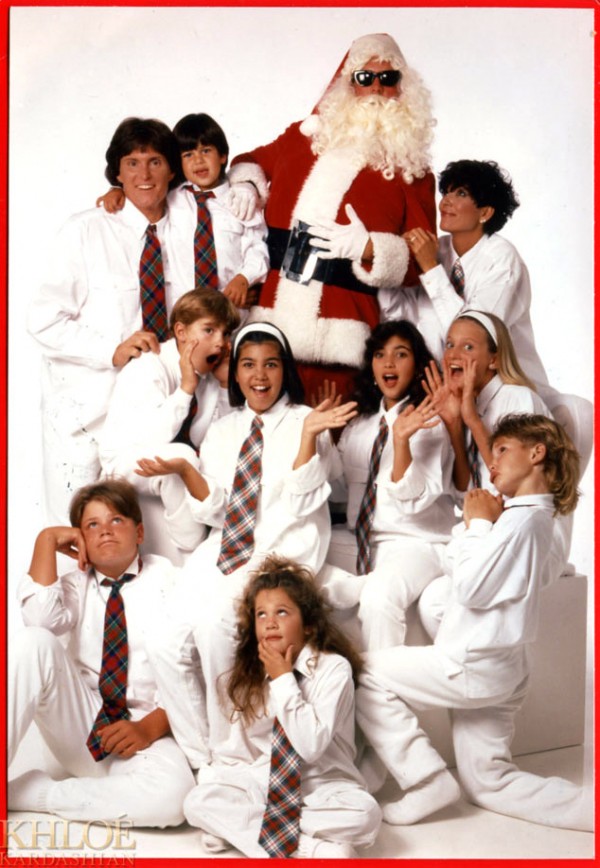 Santa Claus surprised everyone and made an unexpected appearance in this year’s card. Seriously, look how shocked they all look. 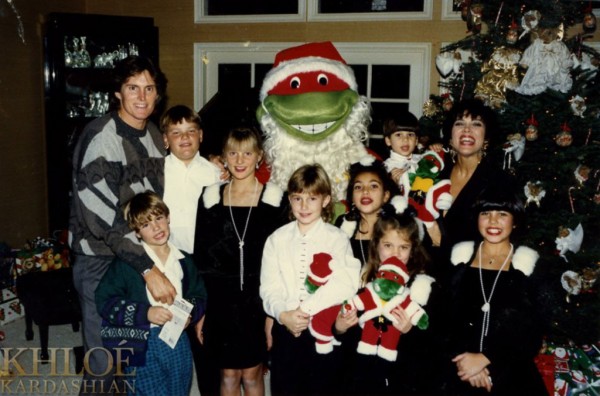 We made our best guess that this card came from Kris and Bruce’s first Christmas together as a married couple. And they invited Kermit the Frog along for the fun… 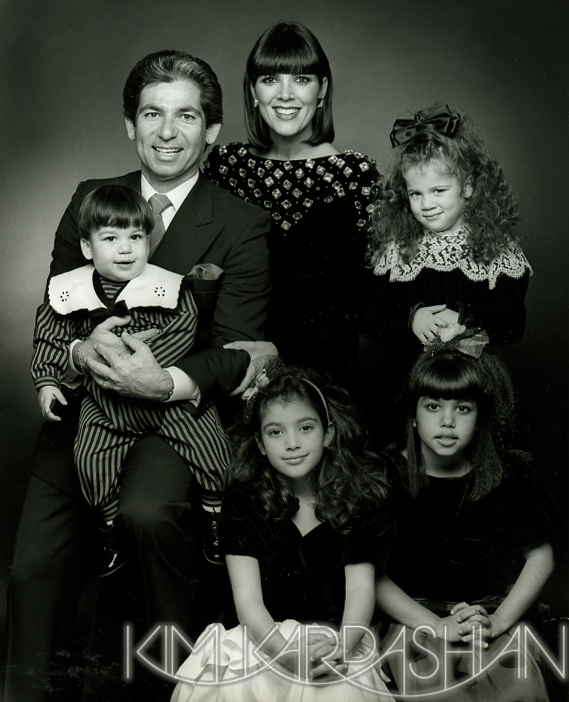 Well looky here — a TRUE Kardashian Christmas card, complete with Robert Kardashian Sr. This is before Robert and Kris’ marriage went down the proverbial s**tter. 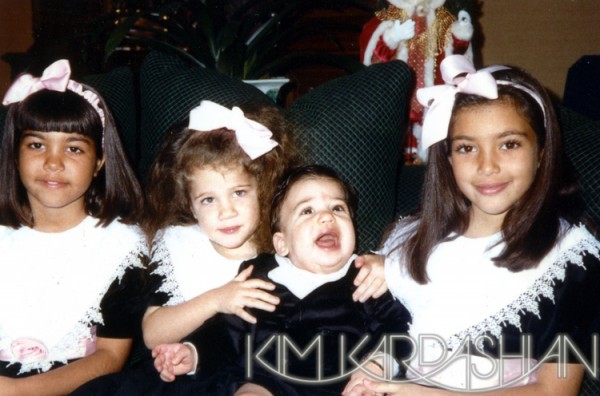 Rob Kardashian was born in March of 1987, so this card is either from 1987 or 1988. We haven’t the slightest clue what babies look like at any age, so you be the judge. It seems that, even at such a young age, Roberto knew he was doomed to live a hellish existence. Poor kid. 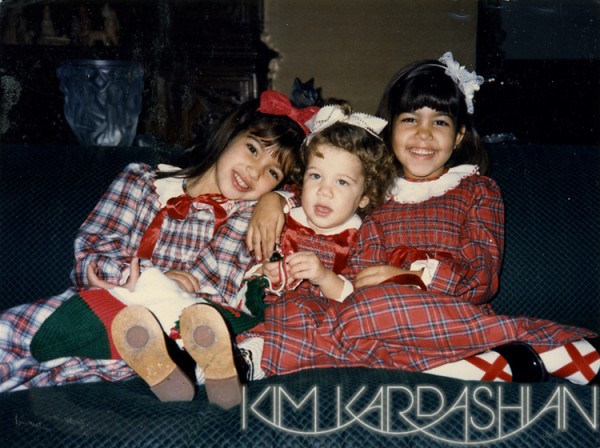 This has got to be the card from the year before Rob was born — they probably decided to just take a photo of the girls this year, because Kris Jenner would’ve been around six months pregnant and no one wants a fatty mucking up the family’s Christmas photo. 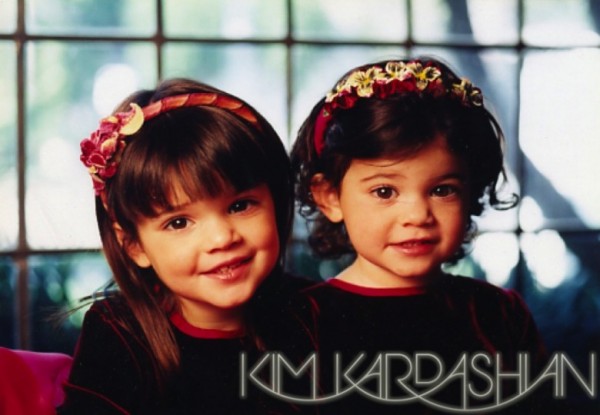 Look at little Kimmy. So young and innocent. It’s doubtful that anyone knew she would soon be posing nude and having sex on camera. Well, maybe Kris knew…

Correction: #1 Kardashian Superfan, (Commenter BC264) has kindly pointed out that this picture is of Kendall and Kylie Jenner. However, our commentary still stands, as it’s doubtful anyone knew Kendall would be showing her nips as soon as she turned 18 when she was this young.

Again, we don’t know jack about what kids look like at their horrendous little ages, but Kendall looks to be about 4-ish years old in this pic, so our new guess is that this is the 1999 card. (If however, you, too, are a Kardashian superfan and think you know better than the all-knowing powers that be, here at Hot Shiitake, hit the comments and let us know.)

That’s all folks. Let these wonderful family photos serve as a reminder to young girls everywhere that you, too, can start with humble, wholesome beginnings, grow up, make a sex tape, and become the most famous woman in the world with all of the money your little black heart could desire.