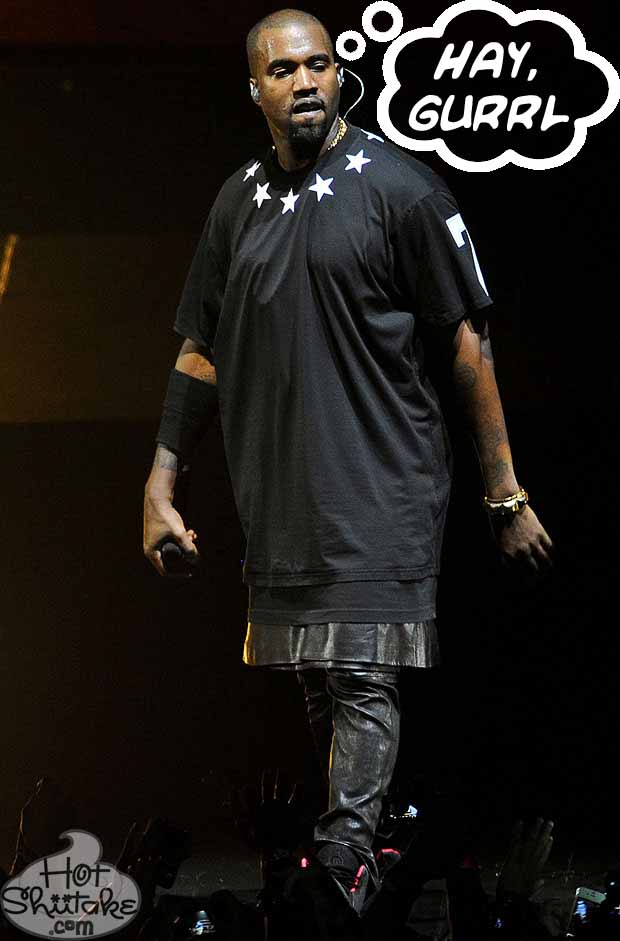 Thanks to a certain characteristically out-of-touch celebrity gossip rag, questions about Kanye West‘s sexuality have recently risen to the surface.

As the mag tells it, Kimbo discovered Kanye’s fabulous secret after the 2013 Met Gala (you know, the event at which she did her best Mrs. Doubtfire impression…) 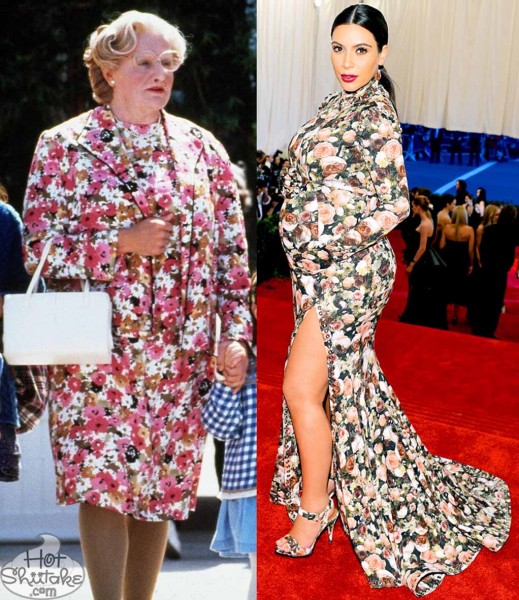 Kimmy even wore gloves, to make sure her hands stay clean while performing her nanny duties. 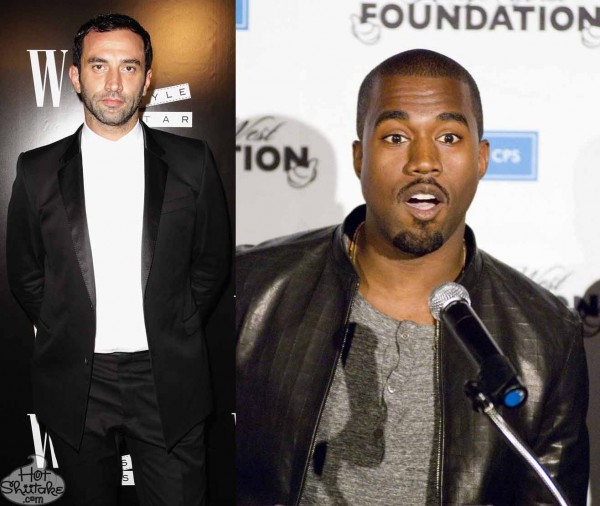 An InTouch “source” states that, after the Met Ball, Kim found out Kanye is into, umm, balls… stating:

“Kim freaked out. If it turns out Kanye is involved with Riccardo, she will be utterly embarrassed — more so than she’s ever been in her life.”

More embarrassed than she’s ever been in her life? We always knew she wasn’t as mortified as she claimed to be about that whole sex tape thingy.

“Kanye has spent [Kim’s] entire pregnancy living close to Riccardo in the French capital… And Riccardo recently purchased an apartment less than half a mile from Kanye’s in NYC’s Soho neighborhood.”

Two males living kinda-sorta near each other? They MUST be gay!

Then, the real kicker:

“Kanye is obsessed with Riccardo… they have a very deep bond.”

Well, I’ll be a monkey’s uncle, that definitely sounds gay.

Get it; hard evidence? OK, moving right along… 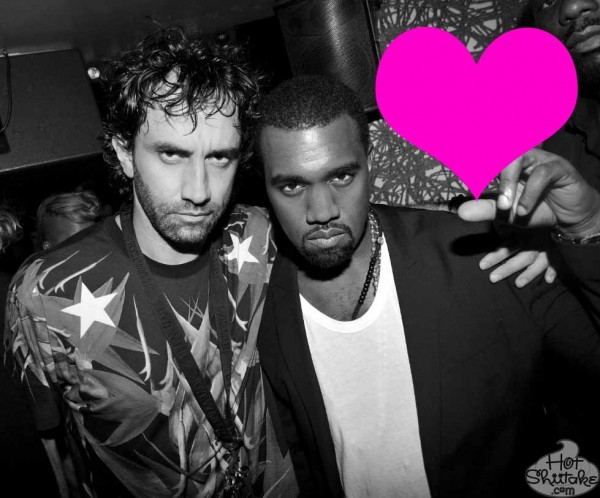 If the evidence presented by InTouch‘s dutiful sources doesn’t have  you fully convinced, let us present s’more proof that Kim Kardashian’s baby daddy is a big ol’ ‘mo.

Kanye West Is Gay — Exhibit A: Kanye West is a lover of fashion (seriously, the man wears kilts — he’s a total fancy boy). A man into fashion is a man into other men. (That’s 100% true, right??)

Kanye West Is Gay — Exhibit B: Kanye West is seriously into himself. He is a man, is he not? This, alone, is a pretty clear sign that dude likes Dick (Dick — short for Riccardo and/or Richard, of course).

While we’re down this path, if being into oneself makes one gay, Kim Kardashian is a categorical, softball-playing lesbian (because, as we well know, all lesbians play softball).

Two-ish more pieces of fairly loose evidence? That’s all the convincing we need.

So, there you have it folks; Kanye West is gay and Kim Kardashian is a lesbian.

Now that we’ve firmly established the homosexuality of both Kim Kardashian and Kanye West, we totally think the happy couple should head over to Minnesota and get married — you know, make this thing official.

One comment on “Kanye West Is Gay & Kim Kardashian Is A Lesbian — The Cold, Hard Truth”