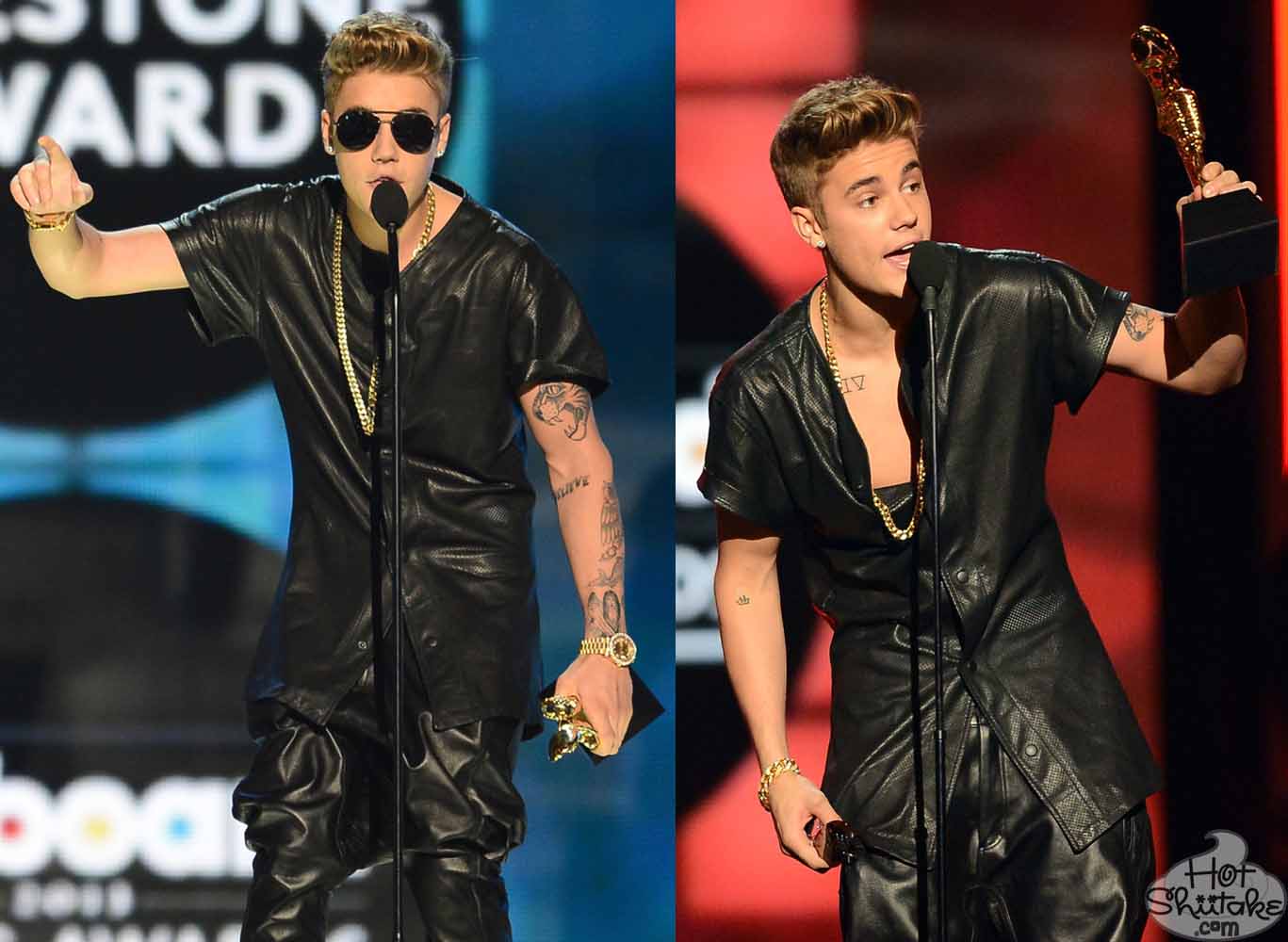 Last night, June 19, 2013, Justin Bieber attended the Billboard Music Awards, and was presented with the first-ever Milestone Award… because The Biebs has been on the pop planet since 2009, and four years is, like, a really, really big milestone.

After Cee-Lo Green presented J-to-the-Bieber with his much-deserved award, JB was met with cheers and jeers (i.e. he was booed, for, like, a good minute, according to attendees). Then, perhaps feeling provoked by the crowd’s obvious disdain, or, perhaps just feeling like a general toolbag, Justin went on to give the douchiest acceptance speech of all time. Seriously, JB’s PR team has some clean-up work to do.

It seems Justin should’ve never let his swagger coach leave (because, apparently, “swagger coach” is a real-life job that someone can be paid a pretty penny for), because this speech is the anti-swag. Someone alert Swagger Security — it seems we have a new “white devil” living among us. 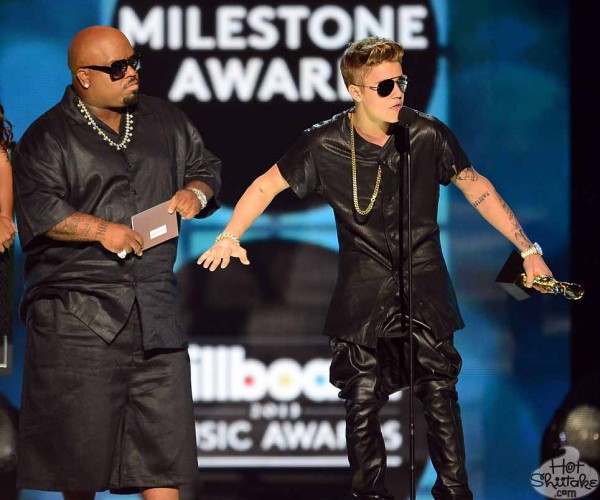 Wearing a kinda-leathery-looking black shirt and pants combo that looked like JB was sprayed with a super soaker, and aviator sunglasses covering the windows to his soul through the great majority of his speech, Justin gave the BBMA audience the most self-important, “I am God’s gift to man” speech ever:

If reading just ain’t your thing, you can watch Justin’s douchey Billboard Awards spiel, instead. (And if you wanna skip through all of Cee-Lo’s drivel, Justin Bieber gets on stage at the 1:30 mark.)
http://www.youtube.com/watch?v=ukZ0ojbkrmc

More On Justin Bieber’s Speech At The Billboard Music Awards: