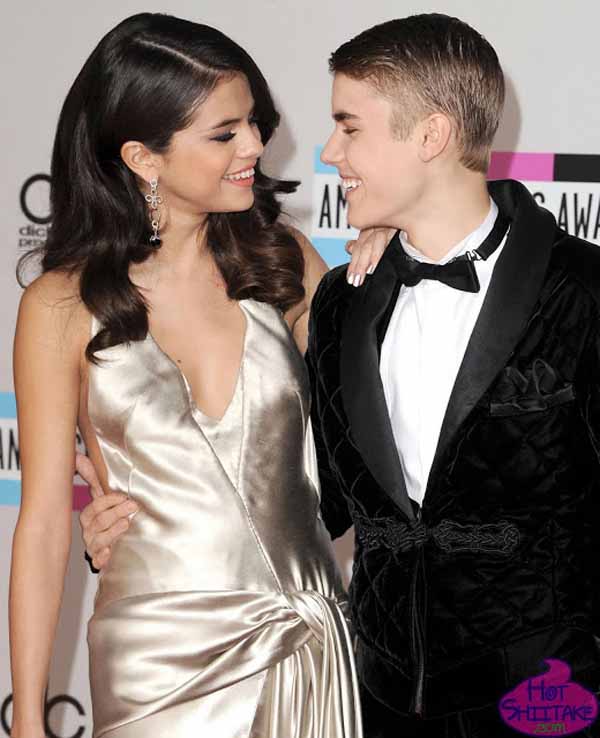 They make me quite ill, and they should make you ill, too, if you know what’s good for you. 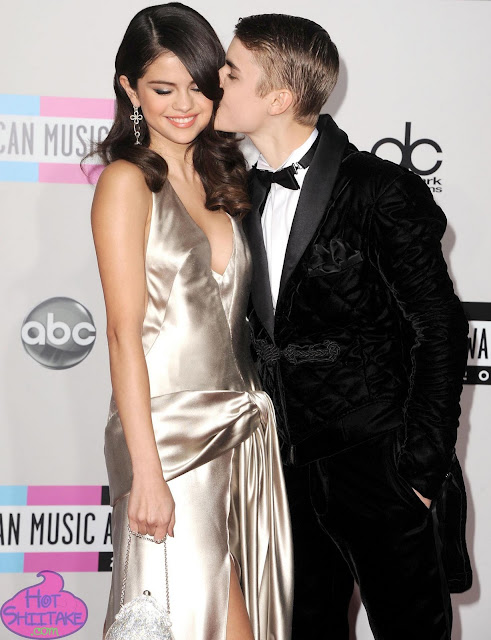 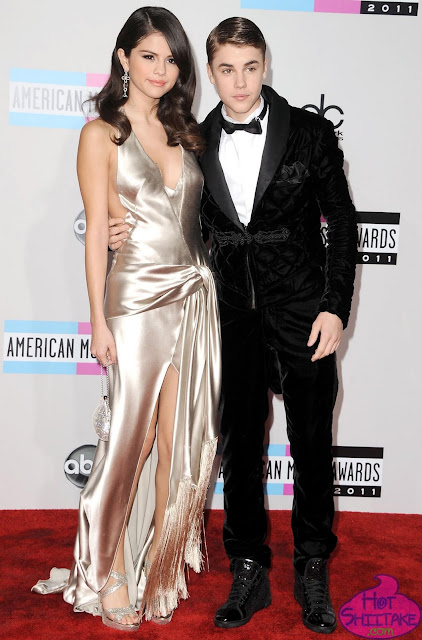 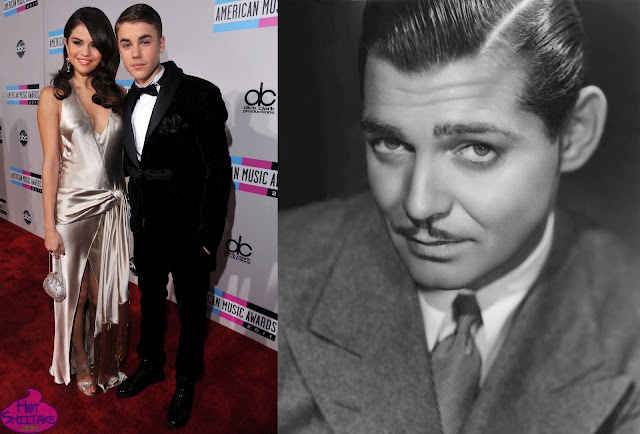 J.B. even has the slightest hint of a starter-moustache. Adorablez.

(Hot Shiitake History Lesson: For all you uneducated little idiots who’ve never heard of Clark Gable, he was the star of countless films, most famous for his role as Rhett Butler, in Gone With the Wind. He was also one handsome devil.) 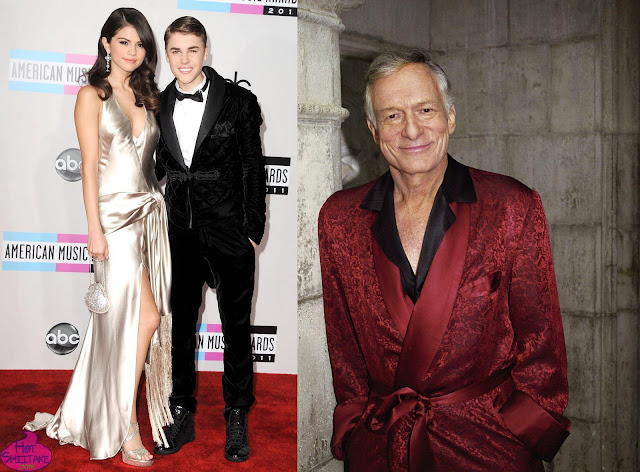 Hef approves of the jacket, but would prefer a blonde (or two or three), as all gentlemen would.

Justin Bieber and Selena Gomez AMA 2011 — All Smiles… For Now 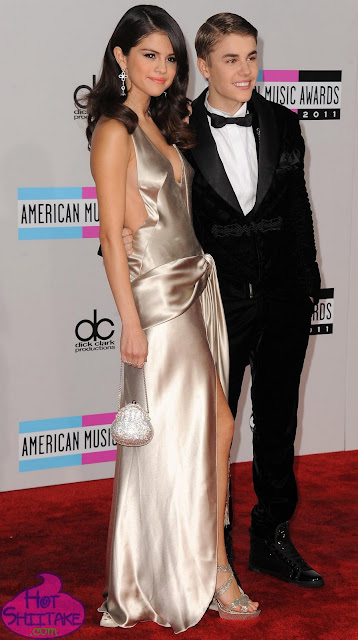 Look at those two little s#!ts. Just look at ’em. They think life is so great; all sunshine and roses and ponies and s#!t.

On behalf of 15-year-old girls everywhere, we can’t wait ’til Justin Bieber and Selena Gomez break up. Time to get a taste of the real world, b*tches. 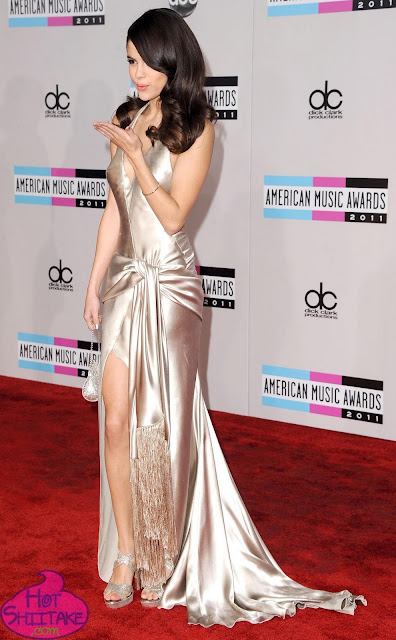 More Justin Bieber News You Might Not Totally Hate: