Justin Bieber In Hospital For Breathing Problems — What A Gas (Mask) 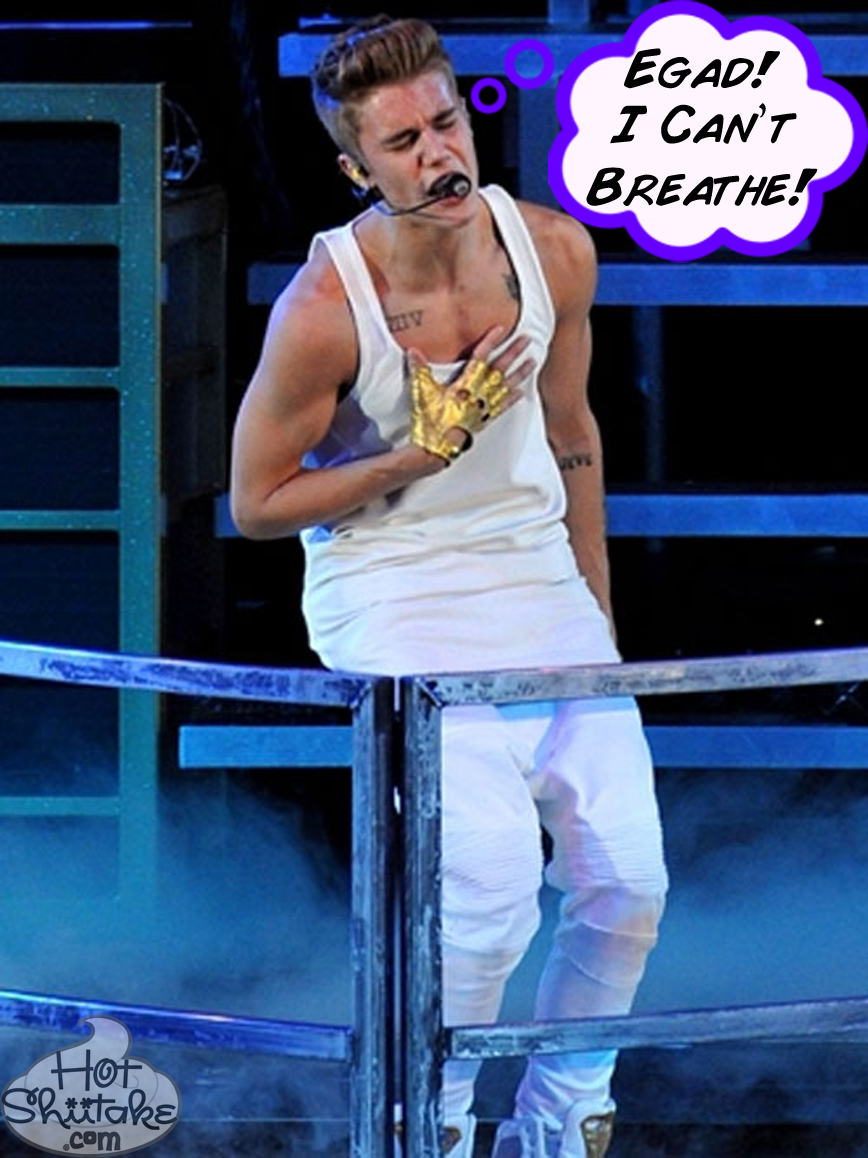 Justin Bieber lost his breath and collapsed (i.e. fainted like a little girl) on stage at his concert in London at the O2 arena (this all went down on Thursday, March 7, 2013, if you really must know the exact date). Biebs stopped the show, got checked out by docs backstage, and then, by the grace of god, found the strength to come back and finish his concert. The show must go on, after all.

Maybe even Justin gets Bieber fever, because he was “rushed to the hospital” as soon as he finished his show.

But wait; JB’s manager, Scooter Braun, said that “Justin got very light of breath” (weird turn of phrase, but moving right along…). Isn’t going to the hospital for experiencing a little shortness of breath (while dancing and physically exerting oneself, no less) just a bit melodramatic? We may never truly know whether or not Justin was just being a drama queen, but he certainly isn’t the type to do something ridiculous just to get attention… 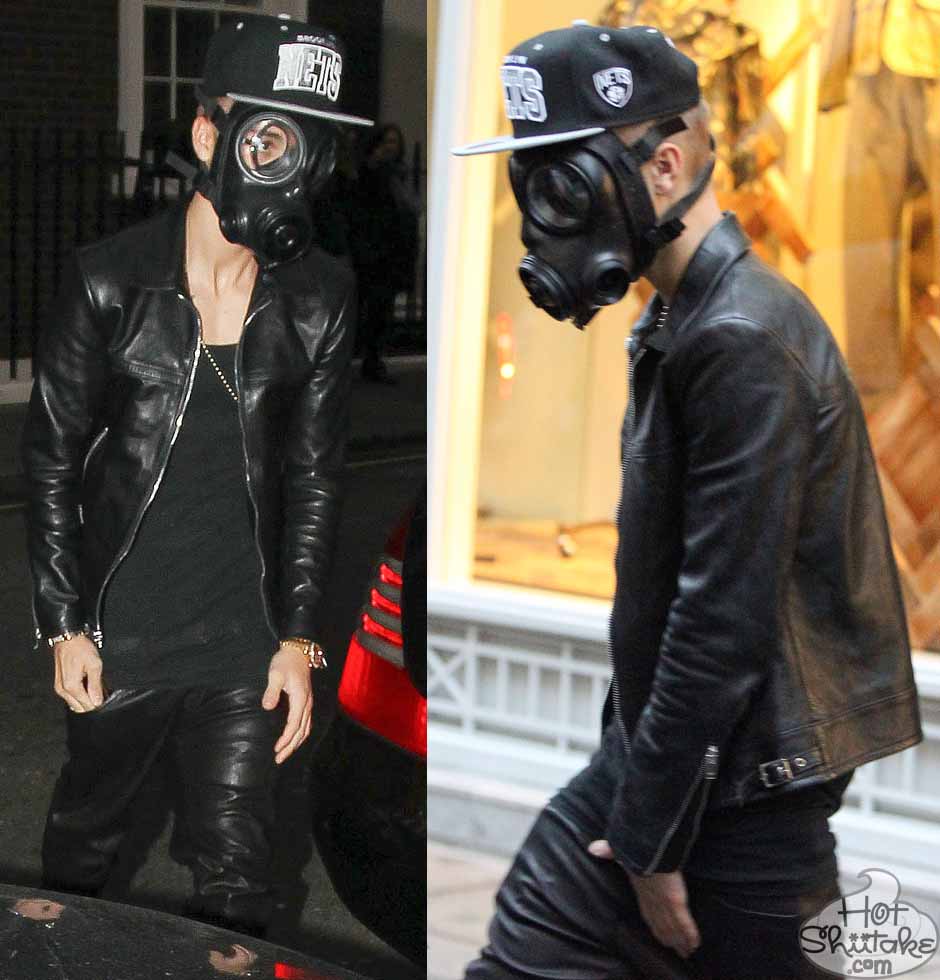 Justin Bieber wearing a gas mask in London on February 25, 2013 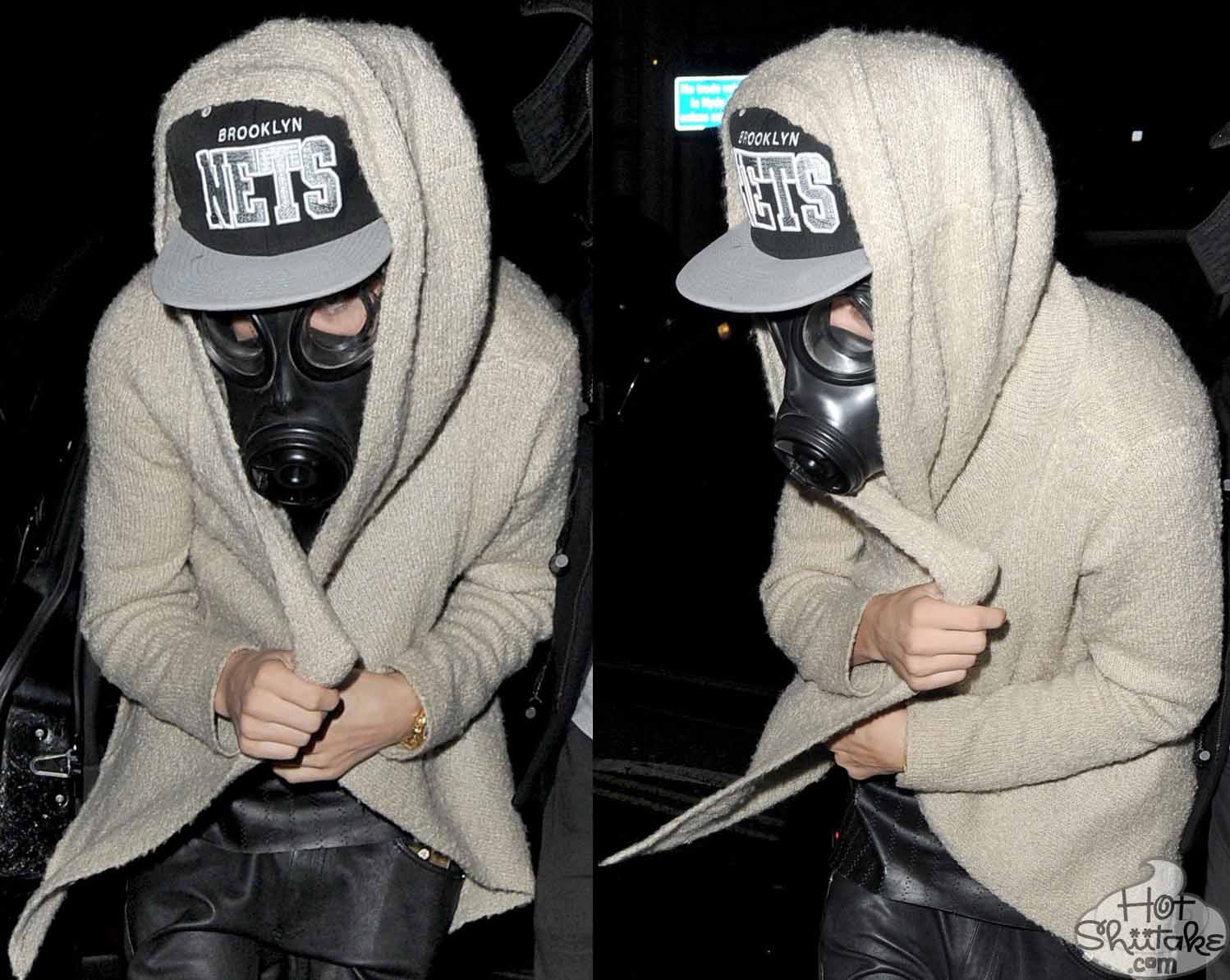 Anywho, the Biebs wanted to make sure he got lots of sympathy tweets (like, duh) — so he did the only sensible thing one can do when they find themselves in dire straits: he Instagrammed a picture of himself in his hospital bed — shirtless, of course. 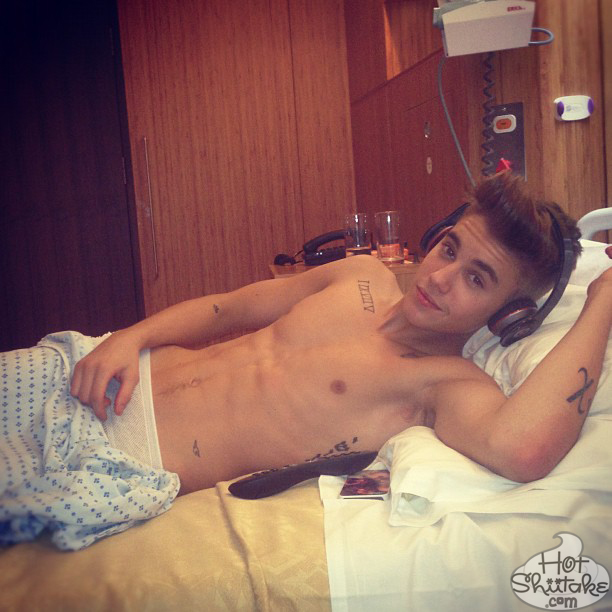 While some of you reading this are cold, cruel, heartless individuals who think Justin’s lightness of breath is something to make light of, there is reason to Belieb that we should be very concerned about the state of J-Biebs’ health. According to the Mayo Clinic, some of the various causes for shortness and/or lightness of breath include:

Do you see how serious this is, now, you insensitive pricks? DO YOU SEE?? Please keep J-to-the-Bieber in your prayers. He needs them now, more than ever.

Given the severity of JB’s situation, we’re going to try our bestest to lighten the mood. We can only hope that the joys of music might help you process the potentially devastating news of Justin Bieber’s breathing difficulties.