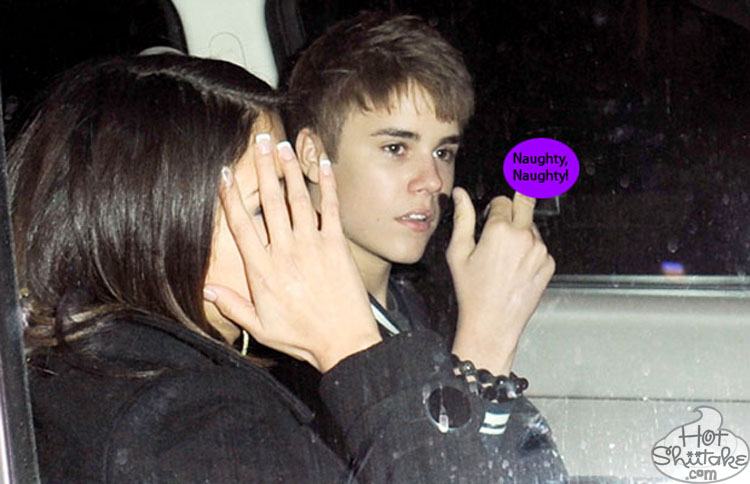 Aww, they grow up so fast.

The Justin Bieber Middle Finger Seen ‘Round The World

On Justin Bieber’s birthday, March 1, 2011, little Biebs’ middle finger said “cheese!” as he flipped the cameras the bird. THE BIRD.

Justin Bieber Vs Paparazzi: When Push Comes To Shove

Just yesterday, March 2, 2011 (remember, this is the day after Justin Bieber flipped off the paps), JB got into another paparazzi scuffle, and pushed a pap’s camera out of his face while he and Selena Gomez shopped at a 7-Eleven. Pretty badass for little Biebs.

But not to worry; The Biebs tweeted his apologies, as any star should:

@justinbieber: “the lady in the store was paparazzi not a fan. I would never mistreat my fans. ill never change. ill always be the same. #ipromise”

@justinbieber: “had a great bday and at the end of the night we got surrounded by paps and i reacted in a way i know better. im sorry #killthemwithkindness”

Because Justin Bieber flipped the paparazzi the bird, we thought it was only right to include this almost completely unrelated video of Peter Griffin dancing, because why not? I mean, have you not heard? The bird is the word.