“BURN, DEVIL WOMAN! BURN!!!” Justin Bieber shouted, as he set his mom aflame at his concert last night, in Berlin.

Those may not have been his exact words… He said something more along the lines of “Happy Birthday,” but at the end of the day, it’s really all the same.

The real story: Little Justin Bieber invited his mom, Pattie Mallette, out on stage, last night, and presented her with a birthday cake (because it was her birthday, duh).  He then sang the old classic, Happy Birthday, to her, with the help of everyone at the concert.  Not a bad birthday present, right?

Except, as Pattie leaned over to blow out her b-day candles, she lit her hair on fire.  Whoopsie Poopsie! Good thing her son can afford to buy her $5,000 hair extensions to cover up the scorched strands. 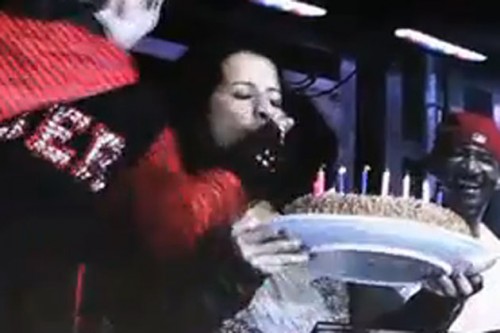 After the show, Bieber took to his Twitter (of course), saying:

@justinbieber: “sick show in Berlin…brought @studiomama on stage 2 sing her happy bday but she lit her hair on fire with the candles. lol. i saved her” 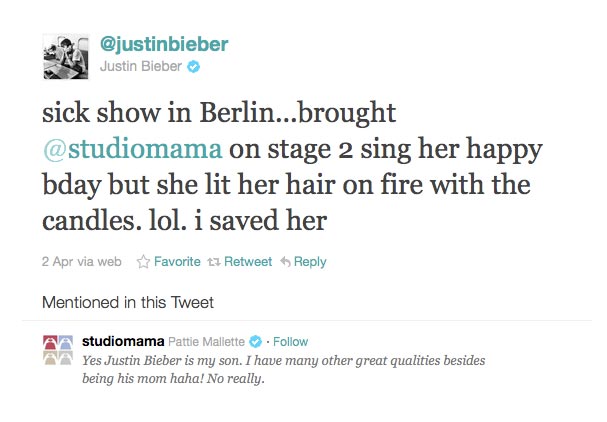 “Lol,” indeed, little Biebs. Thank goodness you were there to save the day!

Wendy Williams is a Pile of Vomit