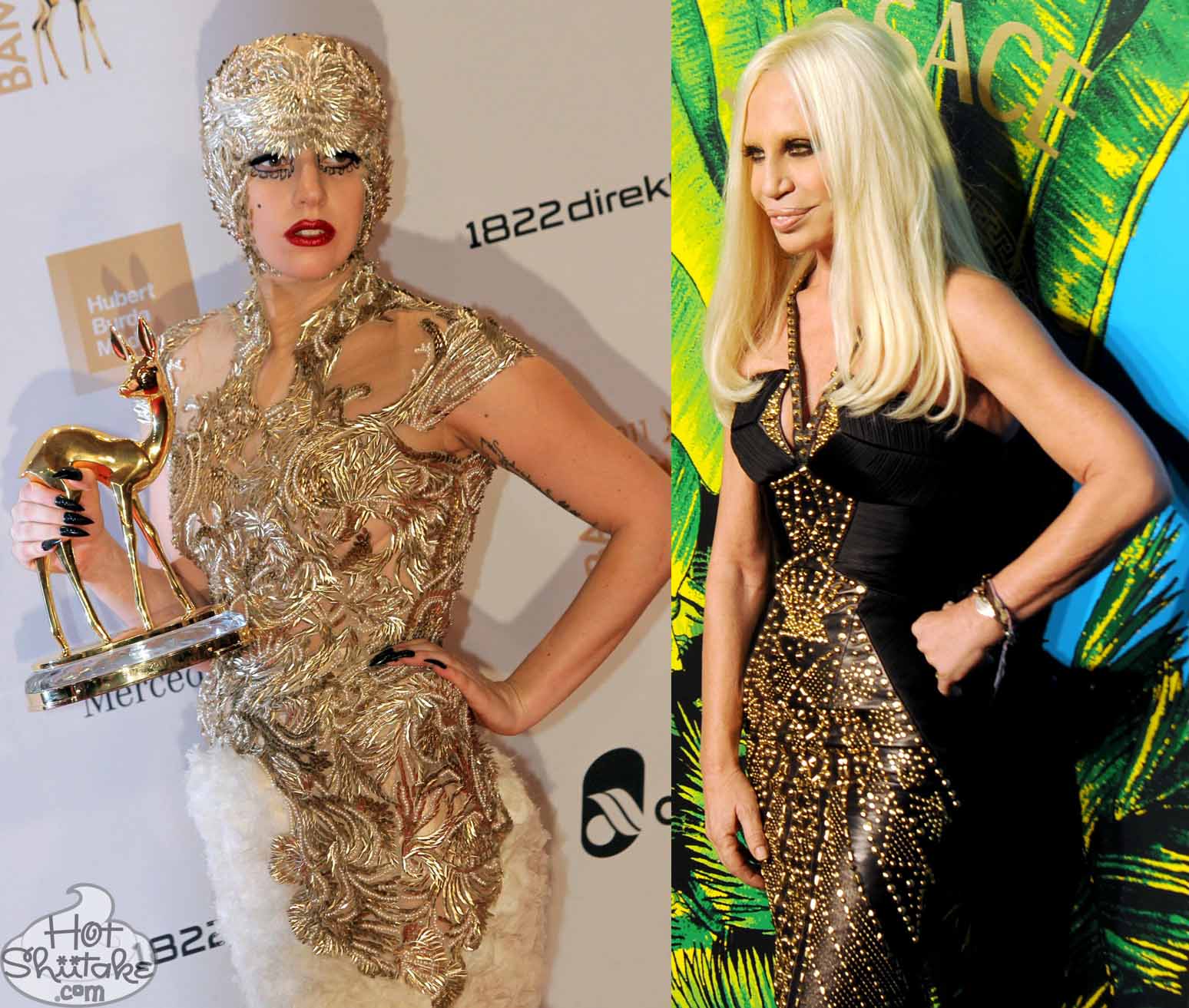 Ach. Mine eyes burneth, yet mine heart soars. Ugly returneth.

Bless my soul. Dare I say it? Donatella Versace manages to make Emma Roberts look… almost pretty. (But then again, Donatella could have that effect on pretty much anybody.)

We get a chance to see Alessandra Ambrosio without makeup, as she gets prepped backstage, at the 2011 Victoria’s Secret Fashion Show. (November 9, 2011) 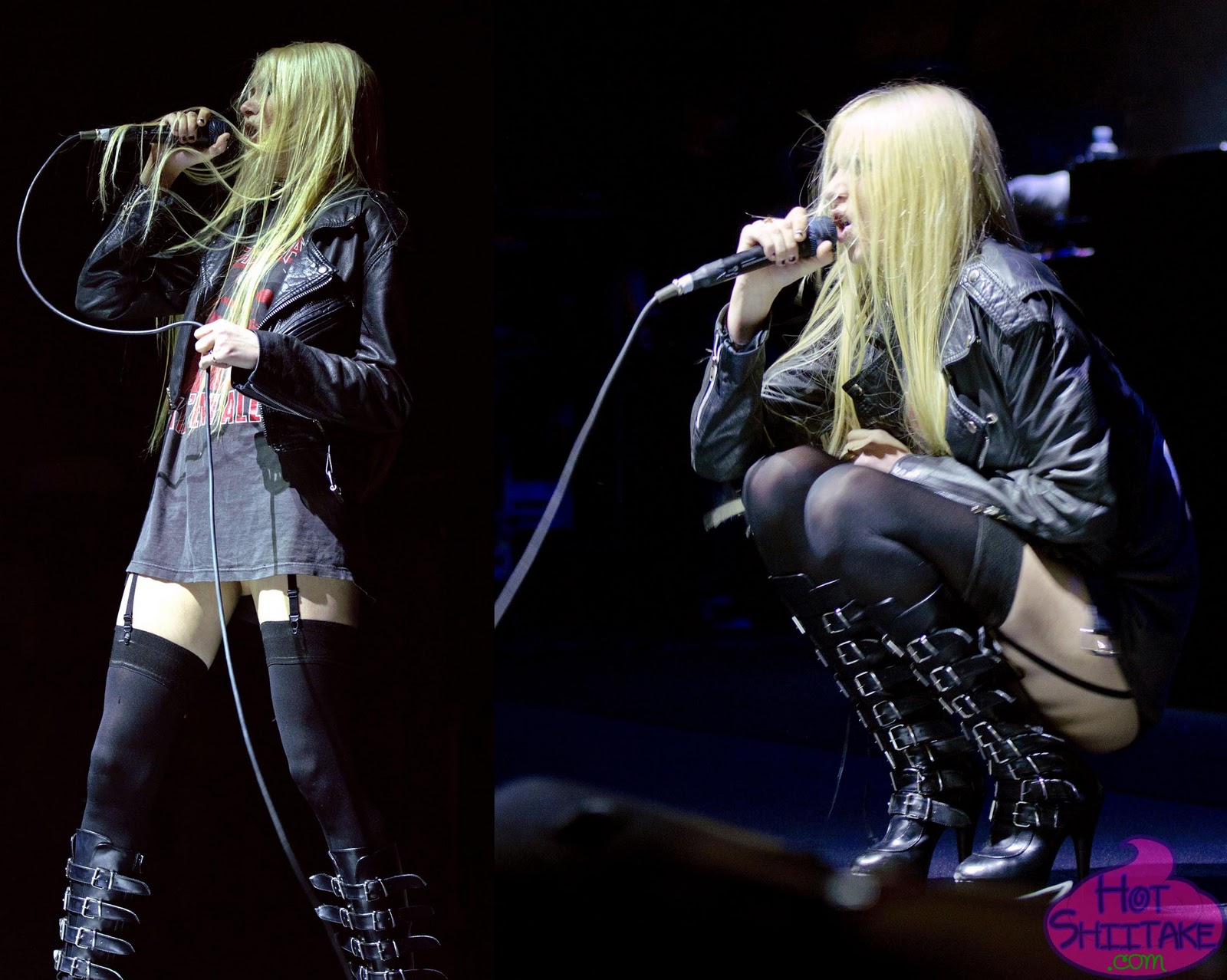 The always-hideous Taylor Momsen does the world a great service, by hiding her dreadfully frightening countenance with her overgrown mane, at a concert with her band, The Pretty Reckless. (November 10, 2011) 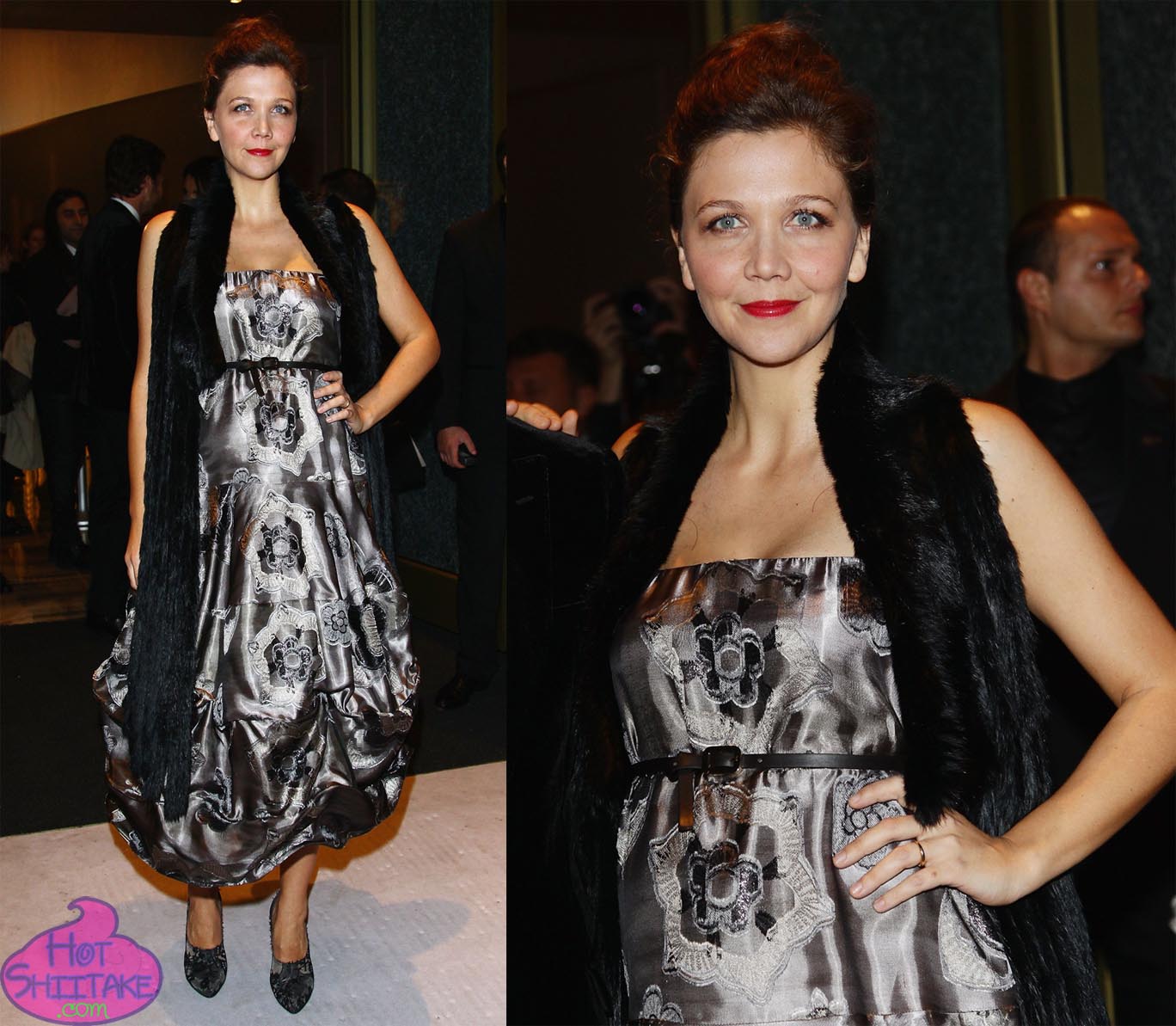 Maggie Gyllenhaal looks wholly and completely disgusting, as always, at the opening of the Armani Hotel Milano, in Milan, Italy. (November 10, 2011)

Lady Gaga looks positively wretched, at the 2011 Bambi Awards, in Wiesbaden, Germany, where she was named “Best International Pop Artist”. It seems, the Germans have confused “best” with “best-selling” and/or “worst”. (November 10, 2011)

Oh, and in case you were wondering, Germany’s Bambi Awards are, indeed, named for Bambi, i.e. the deer. 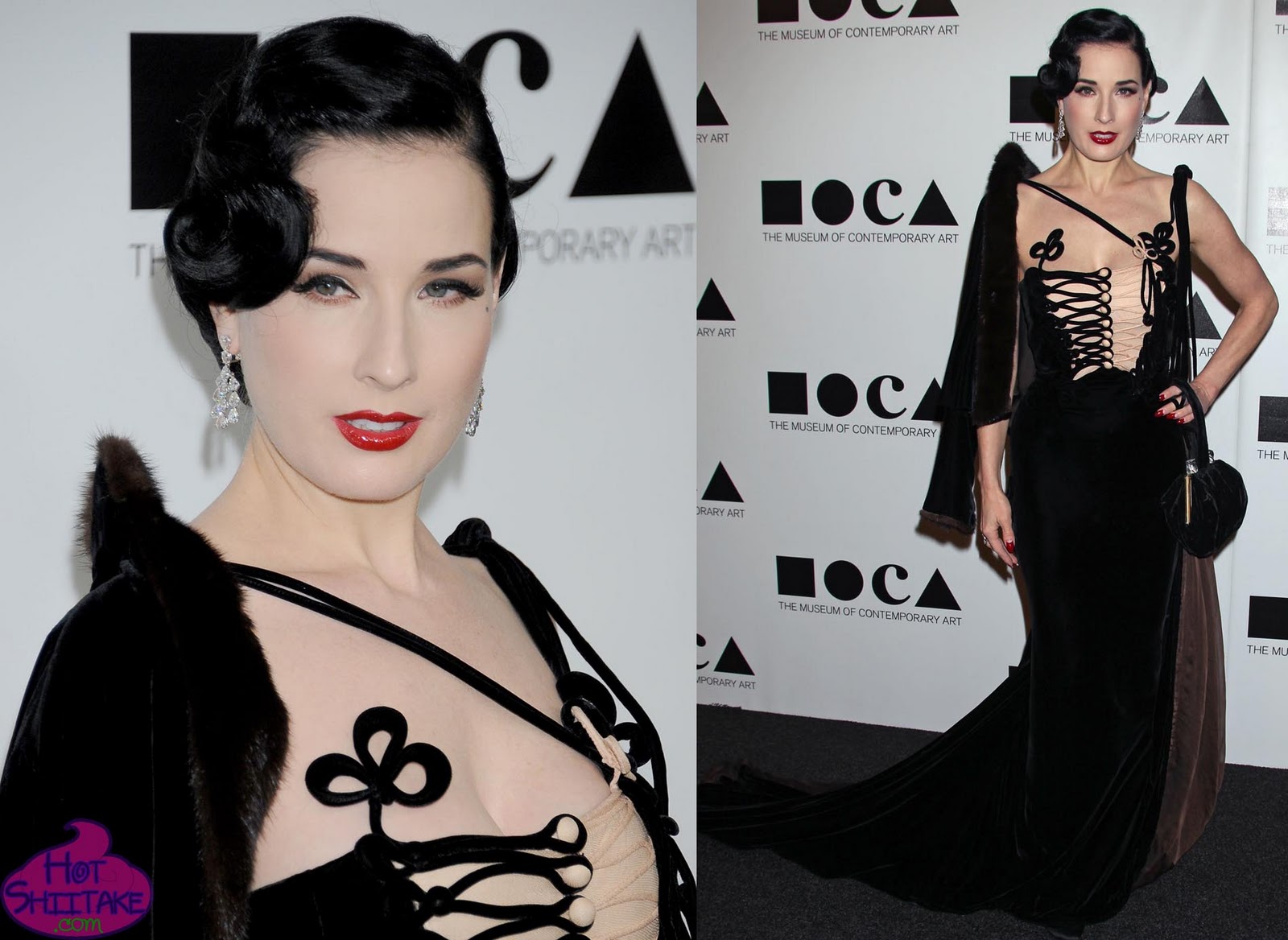 Nicole “Snooki” Polizzi proudly shows off her handbag in a dress that not-so-subtly accents her big ol’ titter-tatters, at her 24th birthday party, at LAX Nightclub, in Las Vegas. (November 12, 2011) 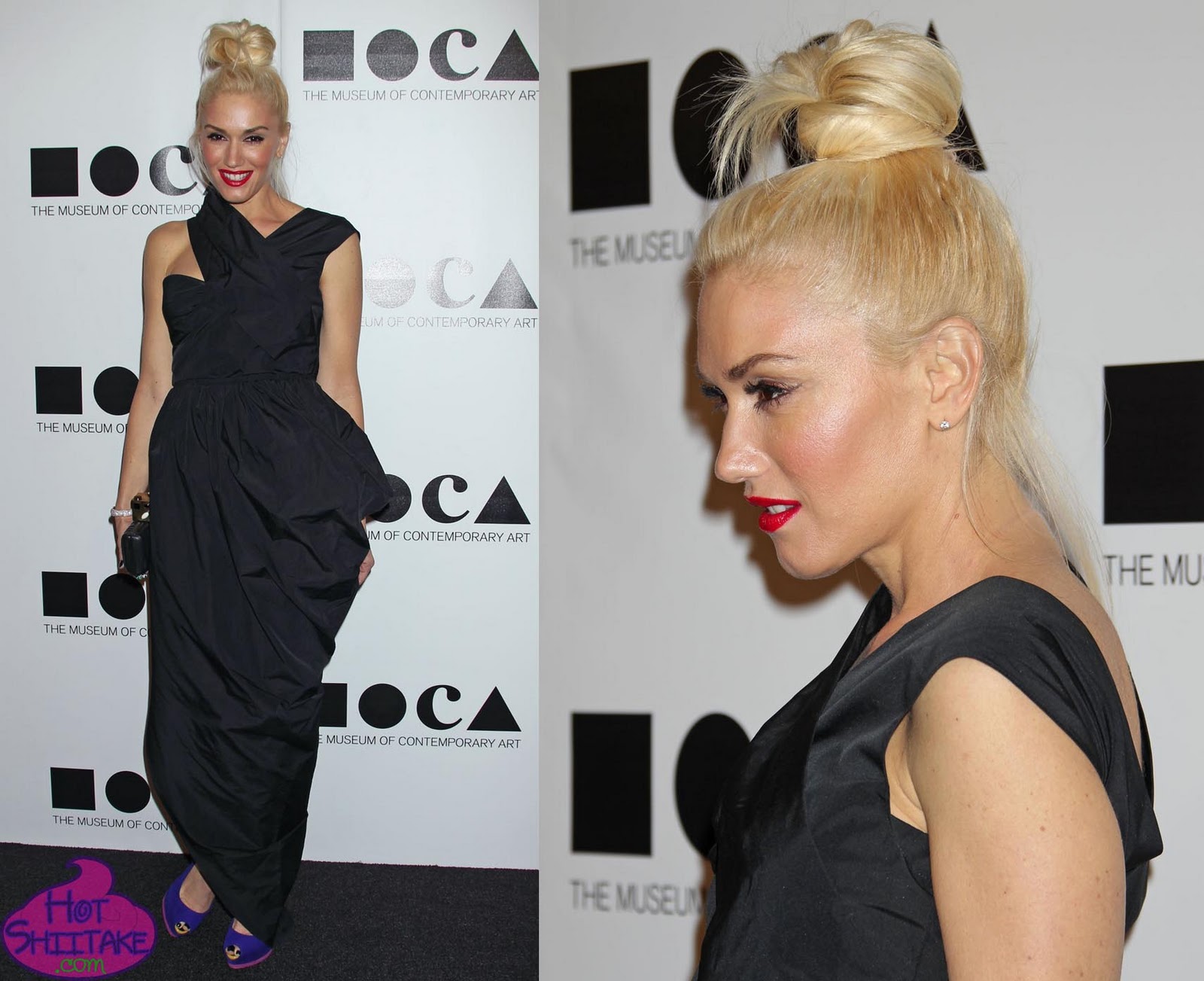 Gwen Stefani really knows how to, uhh, lumpily drape a bunch of fabric around her body; which she kindly demonstrated for the photogs, at the Museum of Contemporary Art Gala, in Los Angeles. (November 12, 2011)

Lady Gaga & Eric Idle
(as Sir Robin the Not-Quite-So-Brave-As-Sir-Lancelot, in ‘Monty Python and the Holy Grail’)

Until next time, stay ugly, ya little s#!ts.

Did you totally hate this post? Then we invite you to also hate these posts:

One comment on “The Week in Ugly — Lady Gaga: Knight In Shining Armor & More Fun With Ugly”