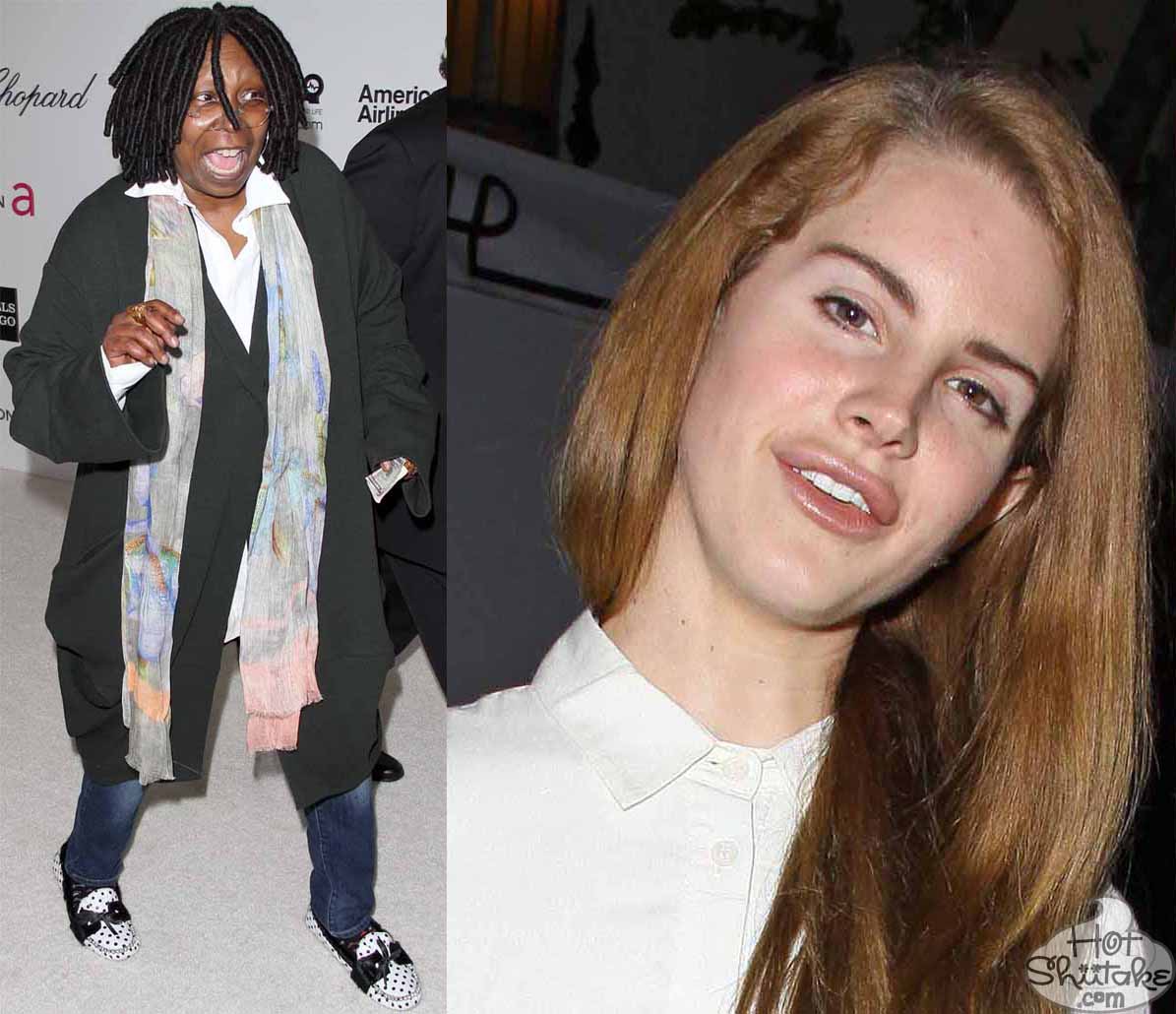 Please enjoy these ugly celebrities, whilst we dance with joy, for God is great.

Lana Del Rey scared the piss outta the photogs who had the misfortune of catching this “songstress” outside of the infamous Chateau Marmont, in West Hollywood. (March 1, 2012) 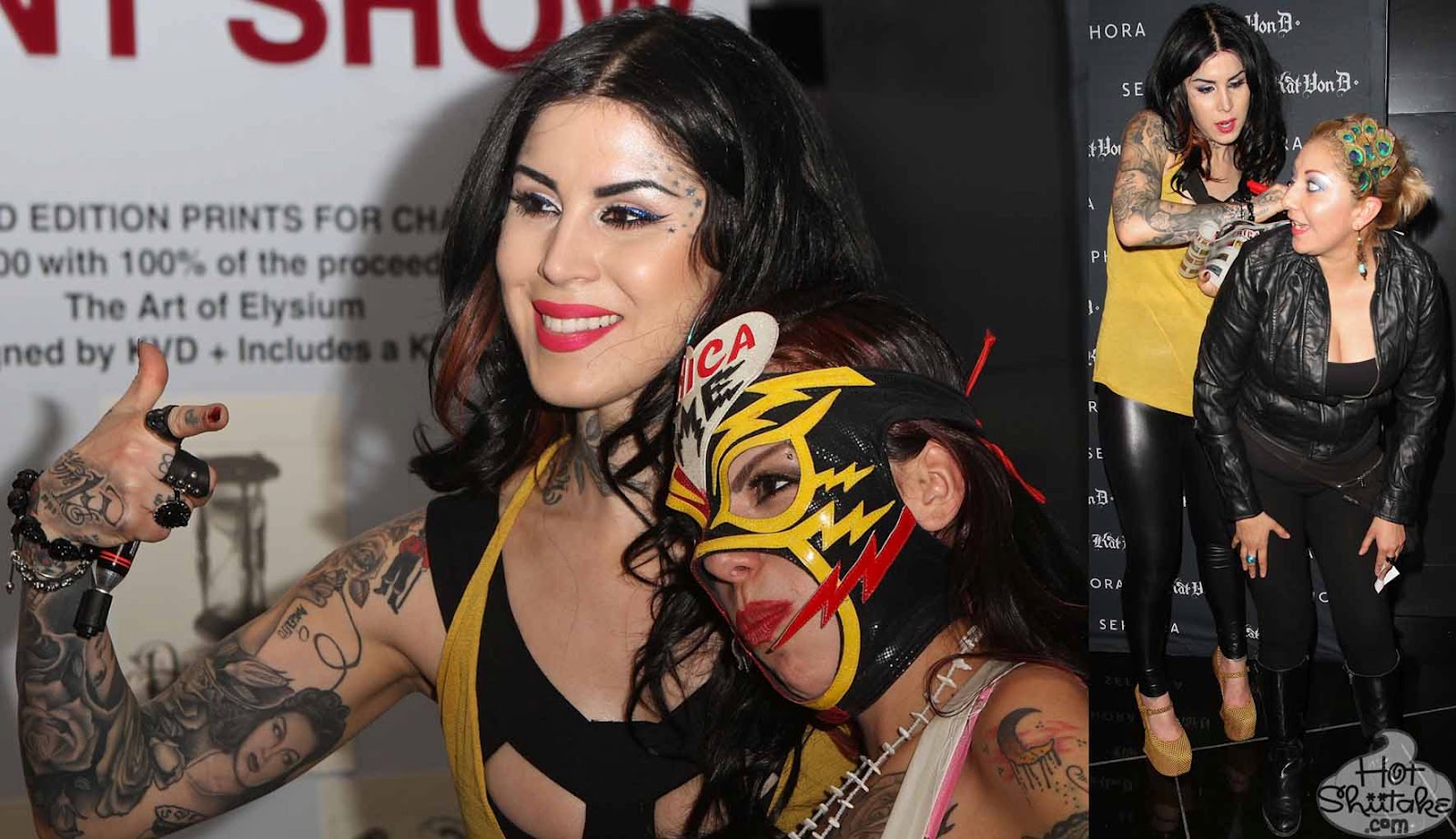 Kat Von D poses with her long lost twin and forces a terrified victim to bend over and take it from behind. A truly depraved human being, to be sure.

Katy Perry looks a little blue as she poses for the cameras, and it would appear she missed the sign clearly banning blue – outside of a restaurant in Paris, France. (March 1, 2012) 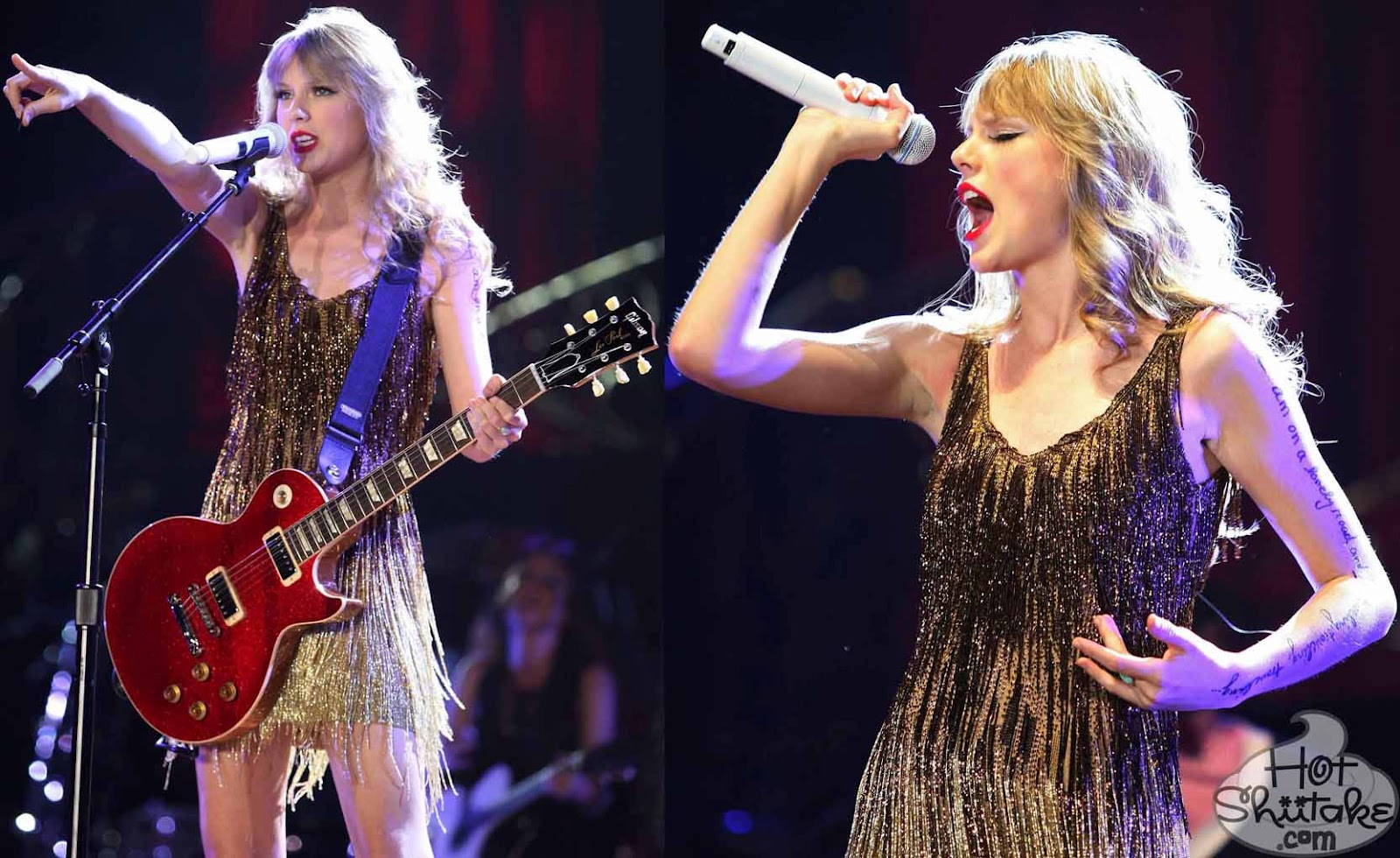 Taylor Swift howls like a cat, squinting her beady little eyes as tight as could be, while pointing menacingly at the one, possibly two, onlookers – on the opening night of the Australian leg of her Speak Now tour. (March 2, 2012)

Meanwhile, her one or two onlookers desperately wished Taylor Swift would speak – now, or at her very earliest convenience; anything, ANYTHING to stop that infernal howling. But at least Tay-Tay didn’t forget the lyrics she was howling … ’cause she wrote them on her arm.

Evil lurks behind many a dark corner – even at Paris Fashion Week – which is evidenced by this photograph of Tilda Swinton, dark sorceress, at the Catherine Baba for Gripoix presentation and cocktail party in Paris, France. (March 3, 2012) 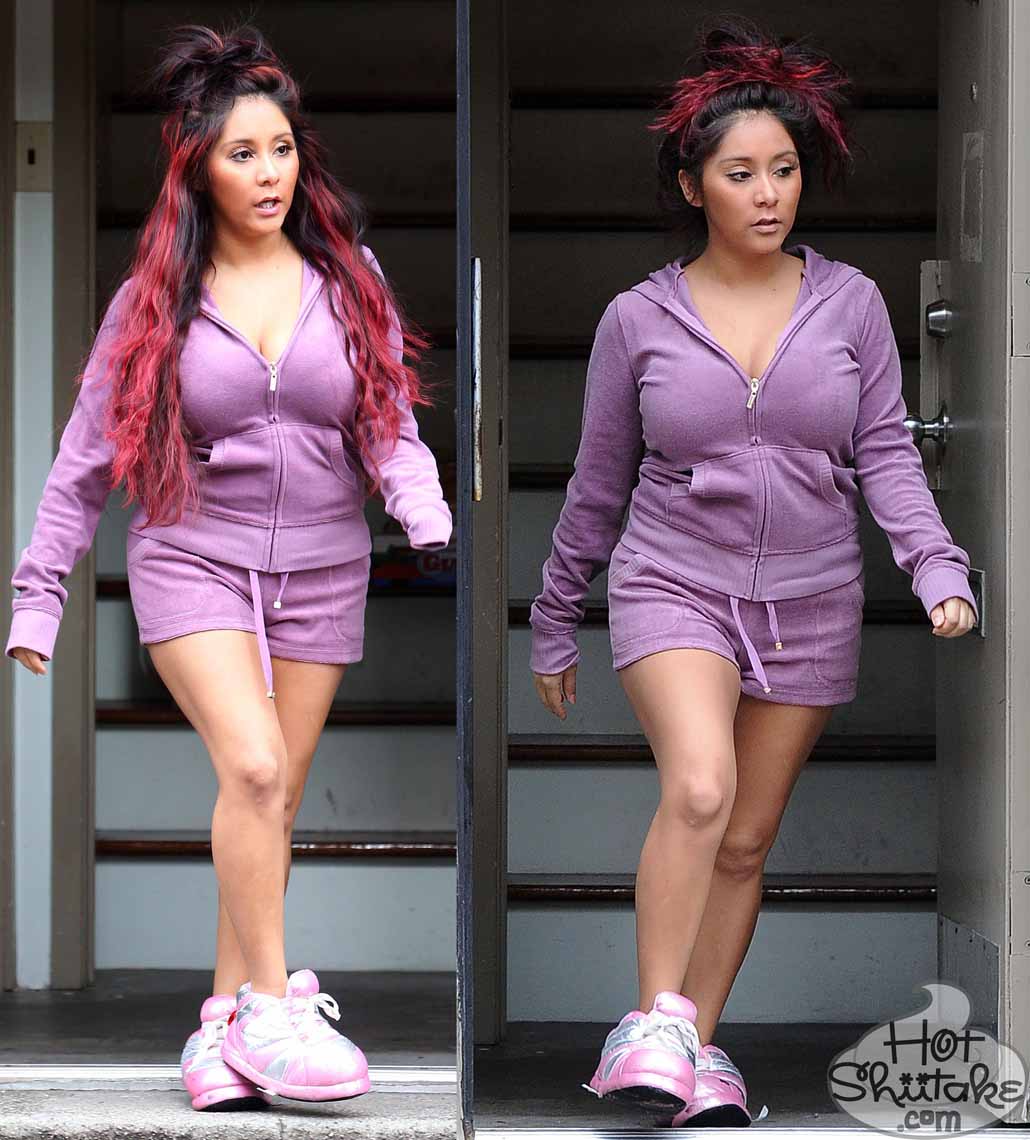 A (probably) pregnant Snooki sports two all-new “Snooki poofs,” while moving into the old firehouse she and Jwoww will be living in while filming their new Jersey Shore spin-off in Jersey City. (March 3, 2012) 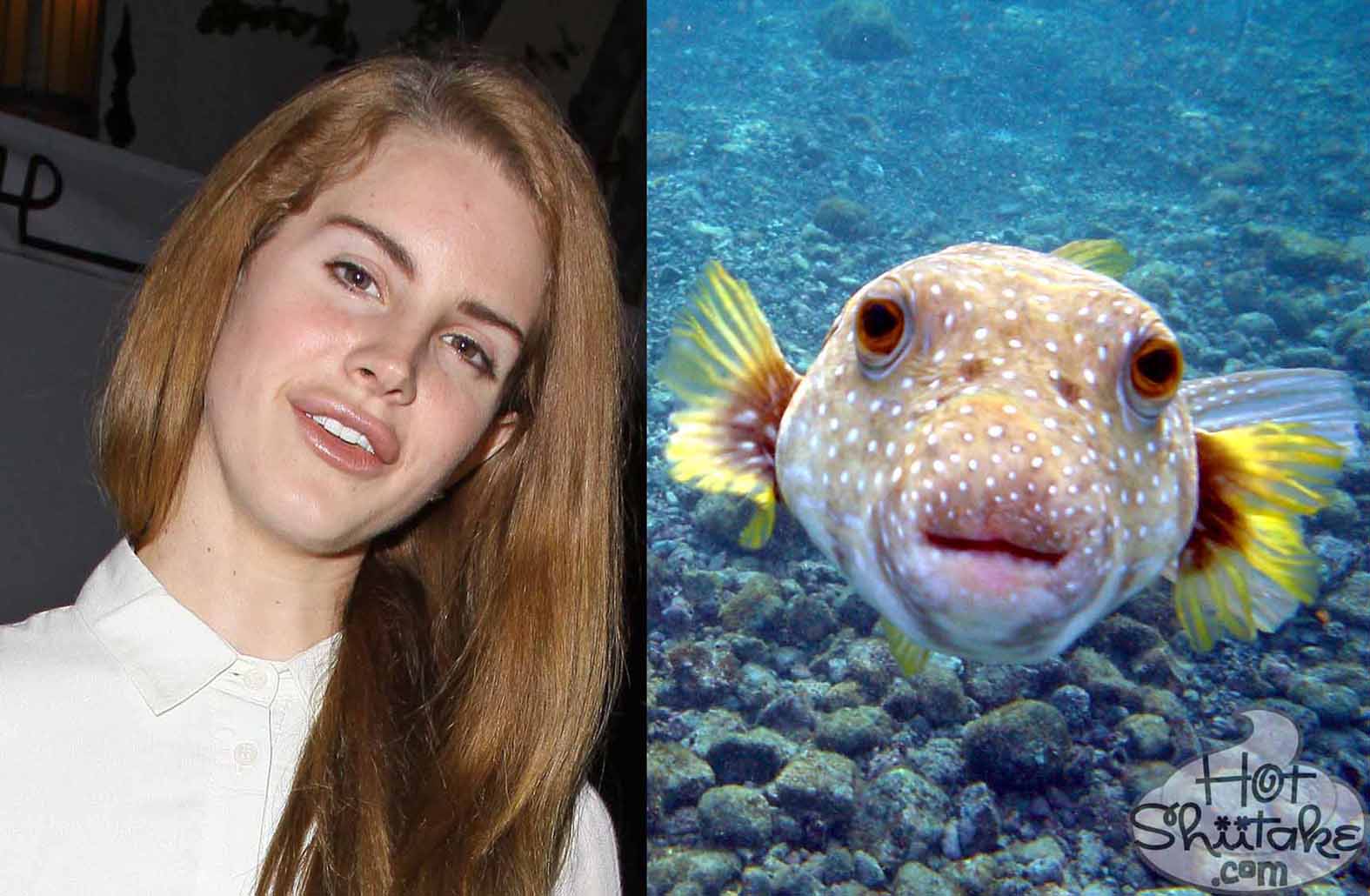 Pufferfish ’round the world are all “Yo, why you gotta be tryna steal our style, Lana Del Rey?”. Gawd, Lana is so ugly.