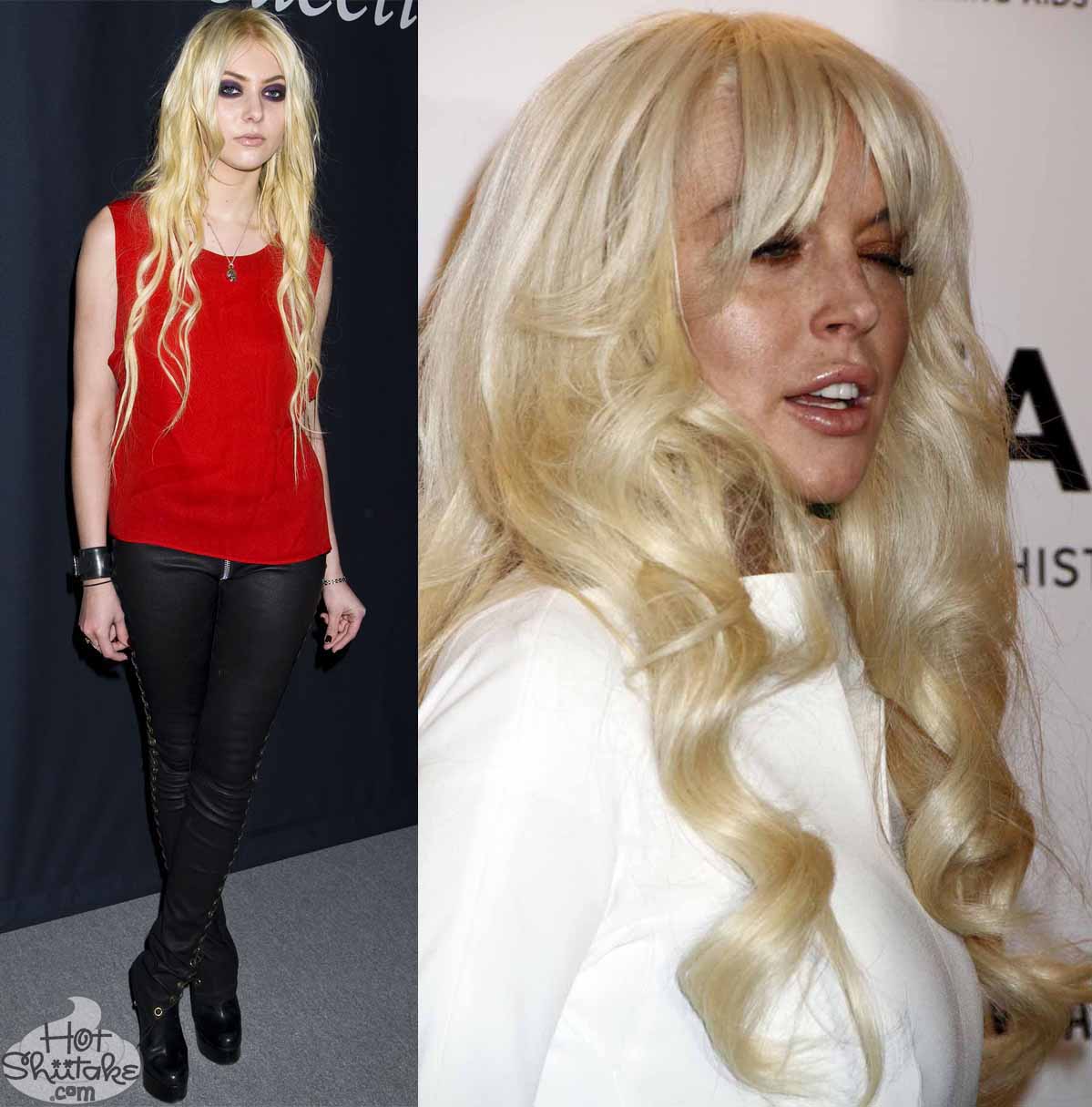 Let’s skip all that useless drivel, and dive right into some wonderfully ugly celebrity pics, shall we? 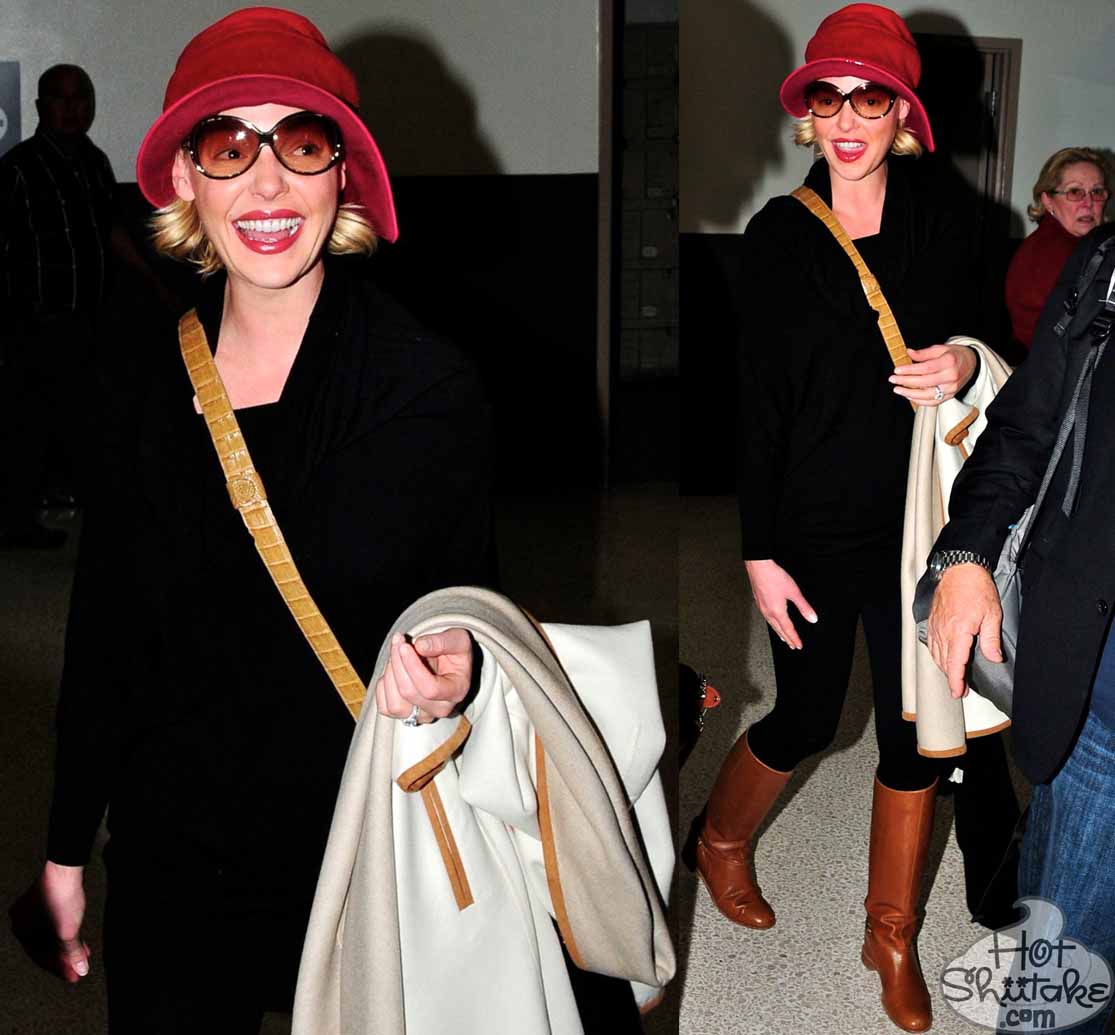 Katherine Heigl arrives at LAX in a fugly red hat, fugly sunglasses, and scads of other fugly accessories adorning her fugly face and body. (February 8, 2012) 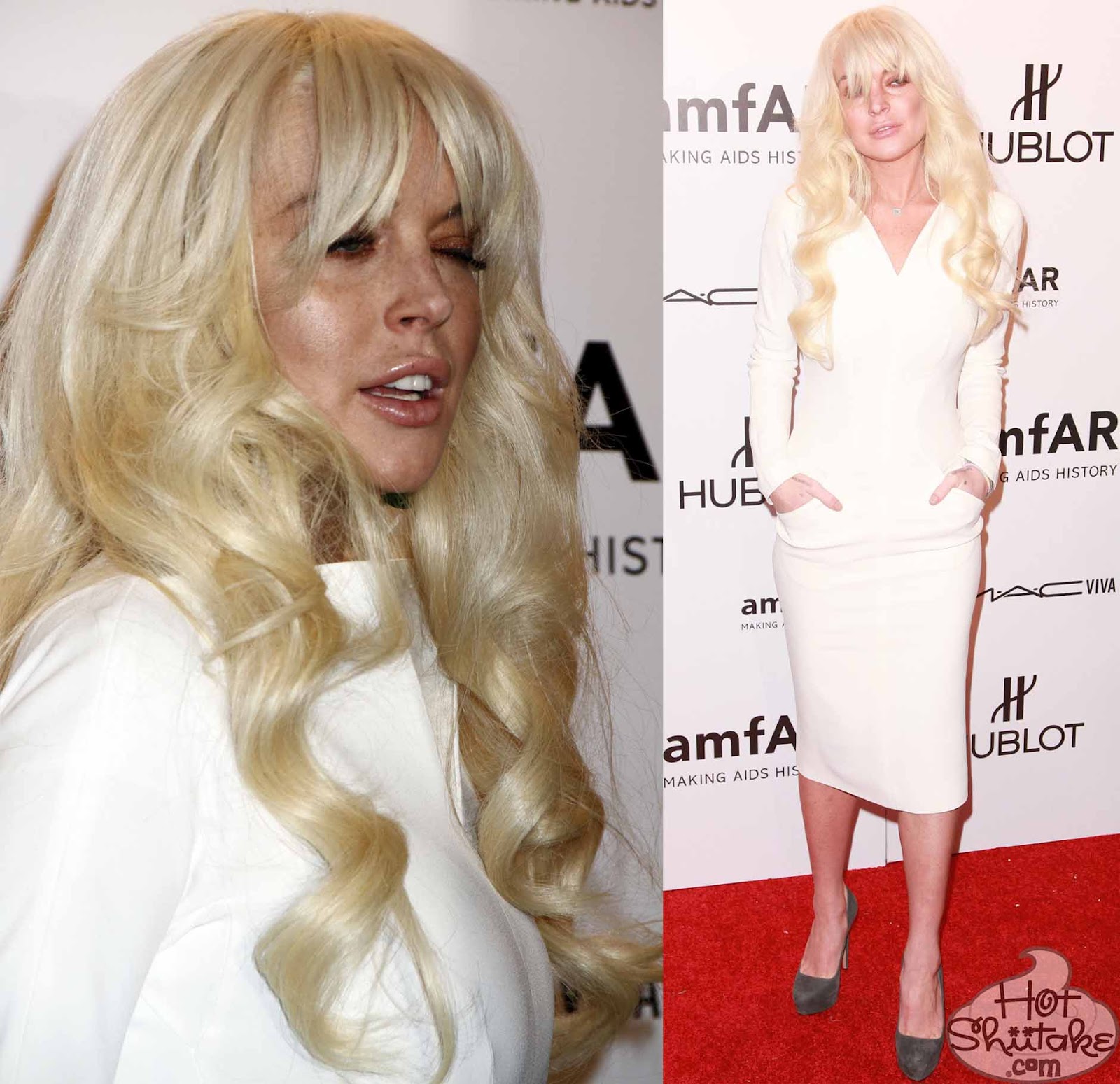 Lindsay Lohan shows off her newfound sobriety at the amfAR New York Gala To Kiff Off Fall 2012 Fashion Week. (February 8, 2012) 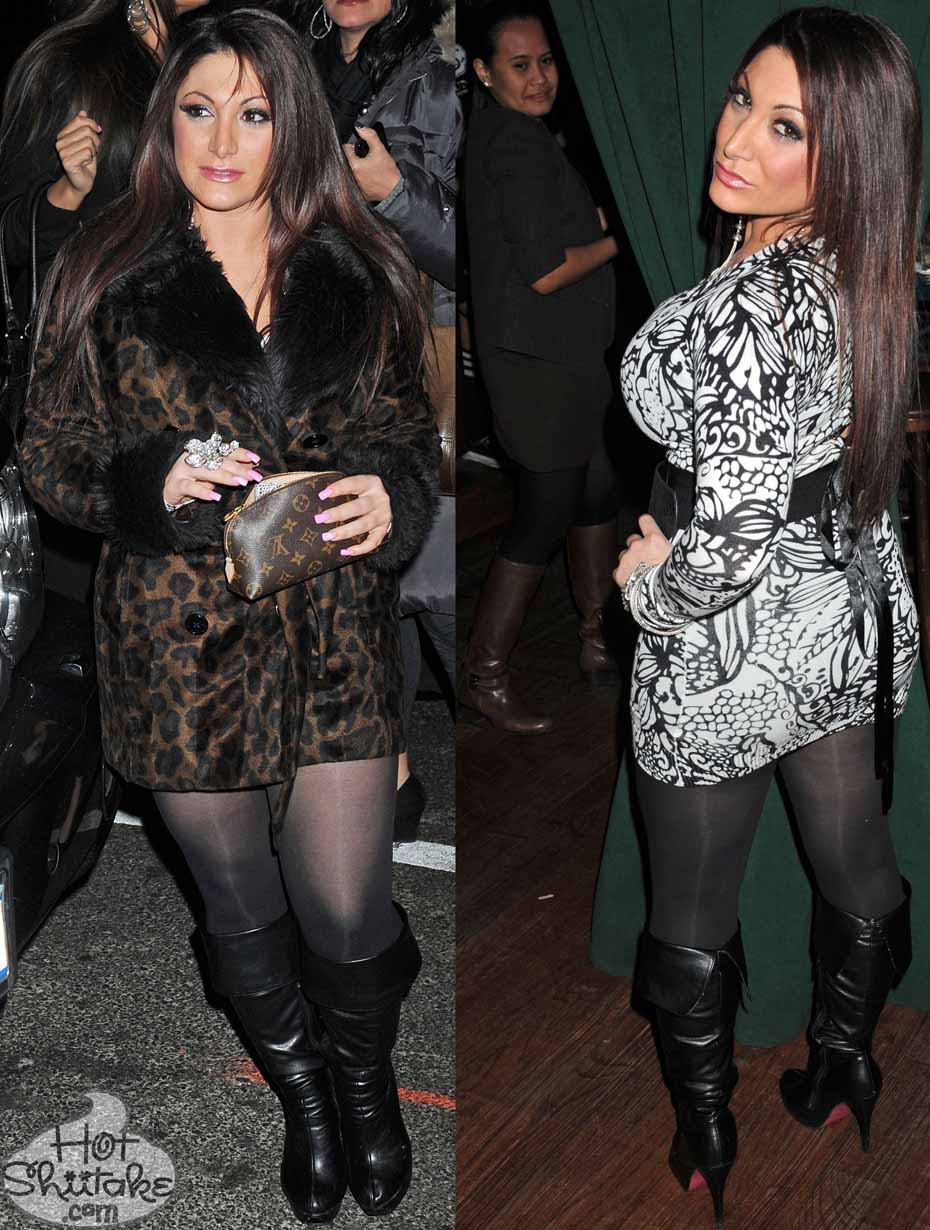 “I was on Jersey Shore, and all I got was this teeny-tiny Louis Vuitton coin purse, tacky fur jacket, and heinous printed dress from Kohl’s. Oh, and don’t forget: I got my nose done, and it’s still as heinous as ever. Lolololzz” – inner voice of Deena Nicole Cortese

Deena Nicole Cortese, of Jersey Shore “fame,” werks it out for the camera at a Jersey Shore viewing party. (February 9, 2012) 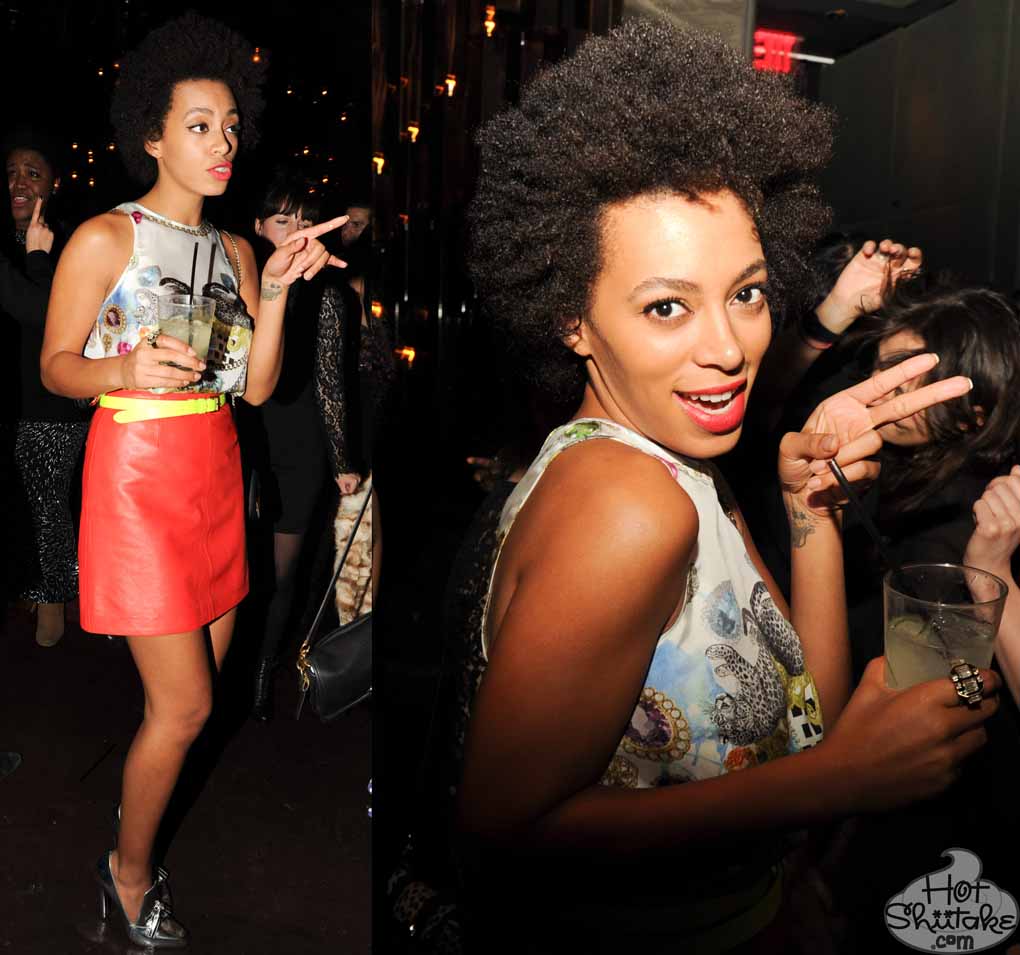 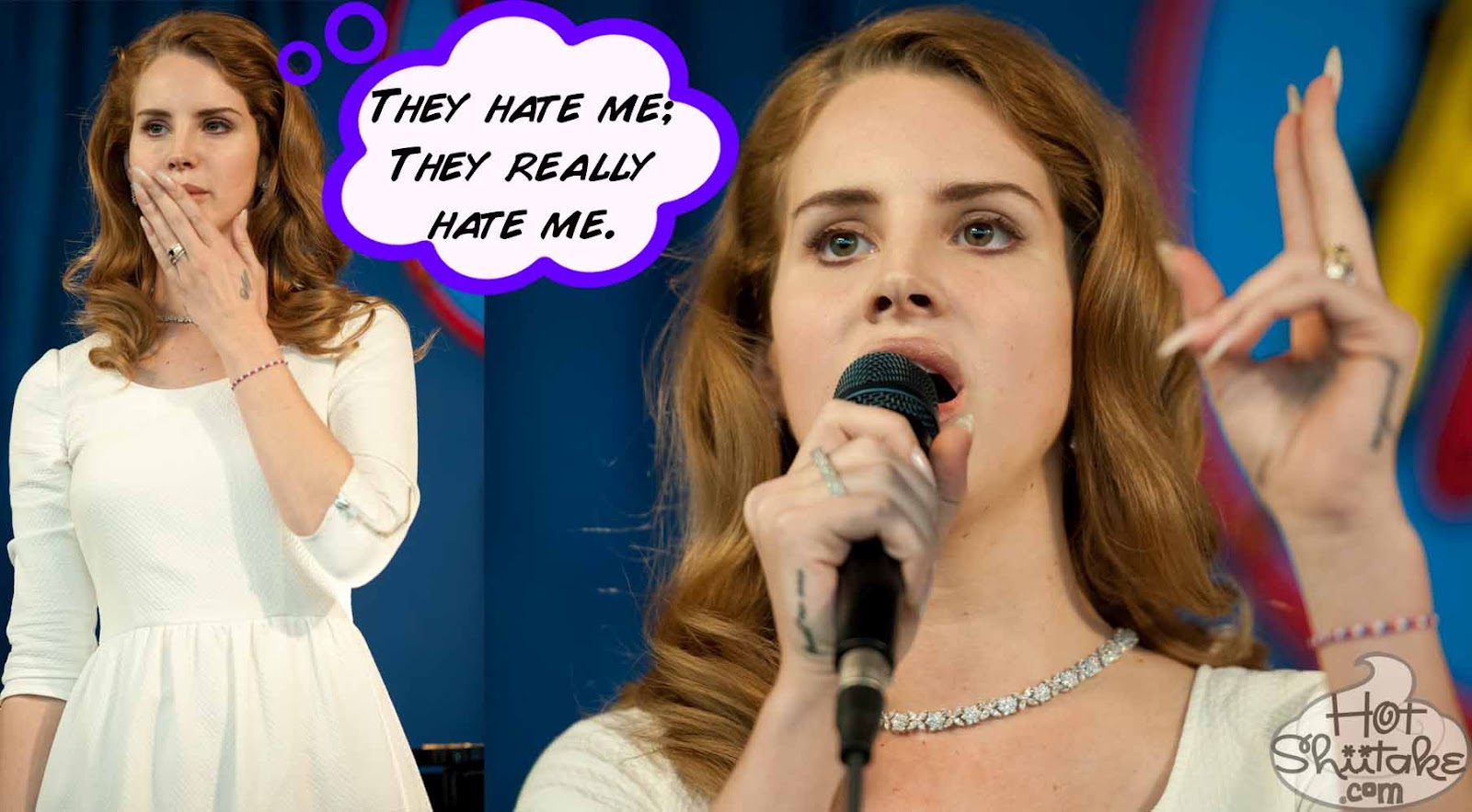 Having just one coke nail is for the birds, which is why Lana Del Ray sports a full set of those bad boys. The better to shove that nose candy right up those nostrils, my dear. After all, when daddy is a billionaire, you can buy yourself a music career, and a whole bunch of blow. 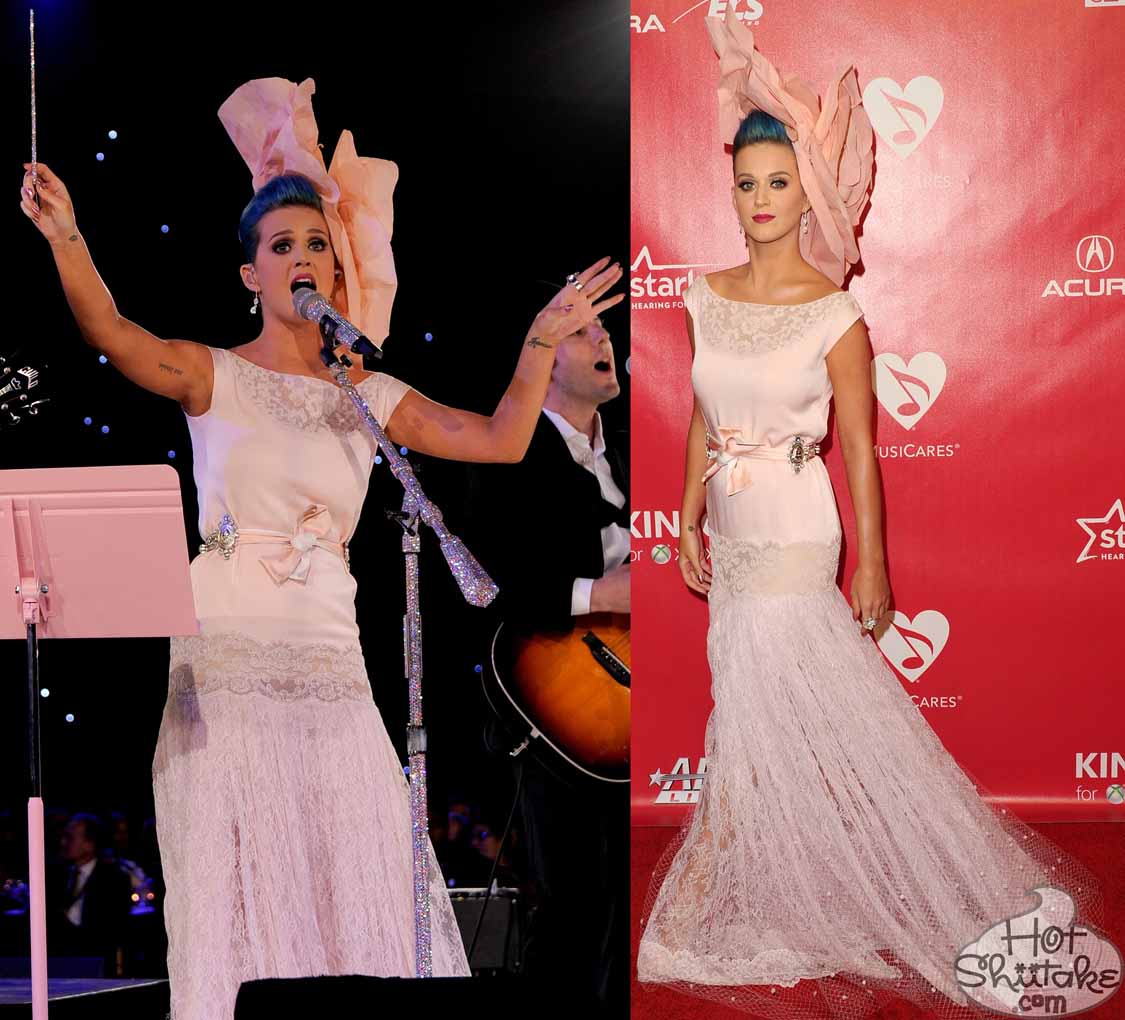 Katy Perry sports blue hair (to match her blue spirits, perhaps?) and a putrid pink getup at her performance in the 2012 MusiCares Person of the Year Tribute to Paul McCartney. (February 10, 2012) 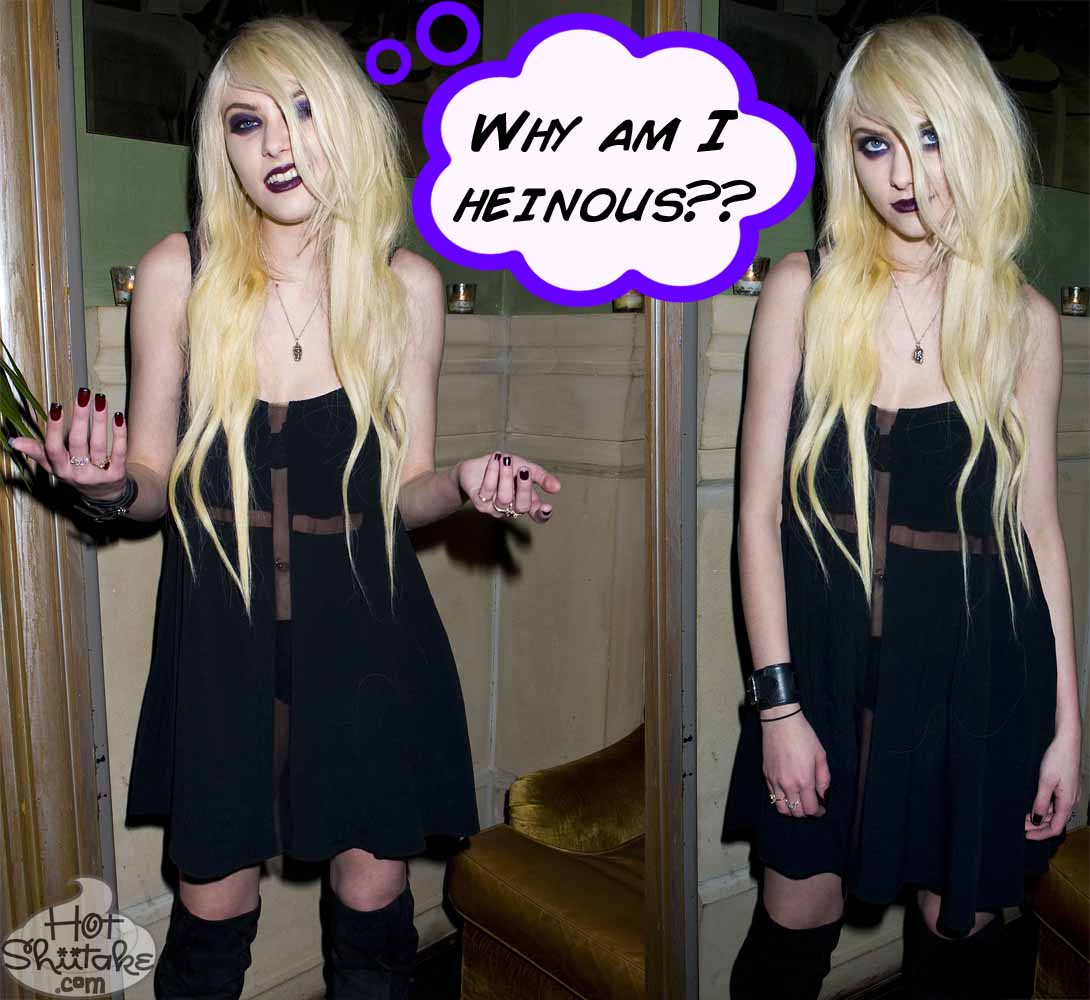 Taylor Momsen asks the question we’ve all been wondering for years, as she disgustingly poses for the one photog that cared … at the Concept Korea Fashion Show after party. (February 10, 2012) 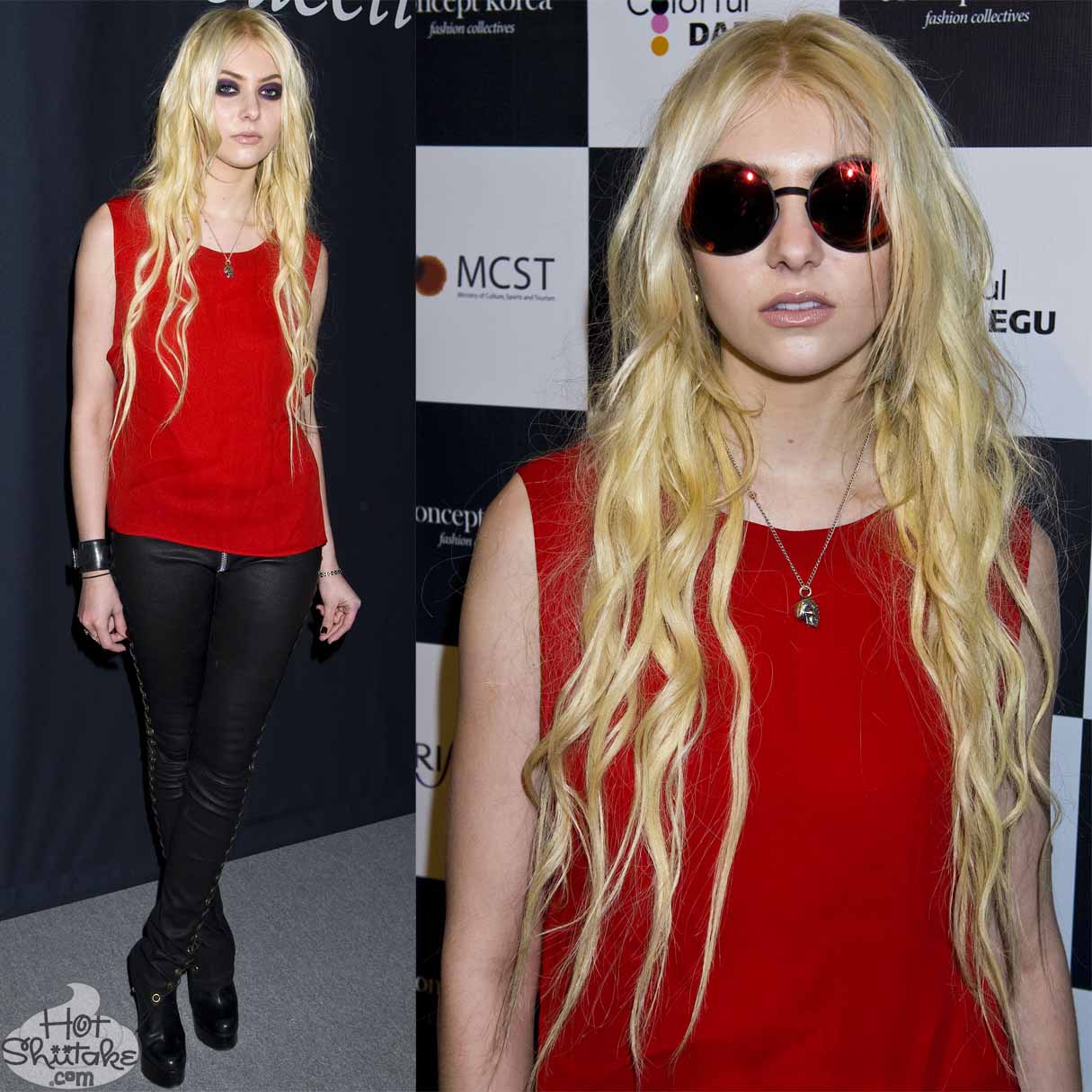 Taylor Momsen dares to show her ugly face twice in the same day? This is a travesty, a real travesty. (Taylor Momsen, at the Lincoln Center, for another dumb Fashion Week event – February 10, 2012) 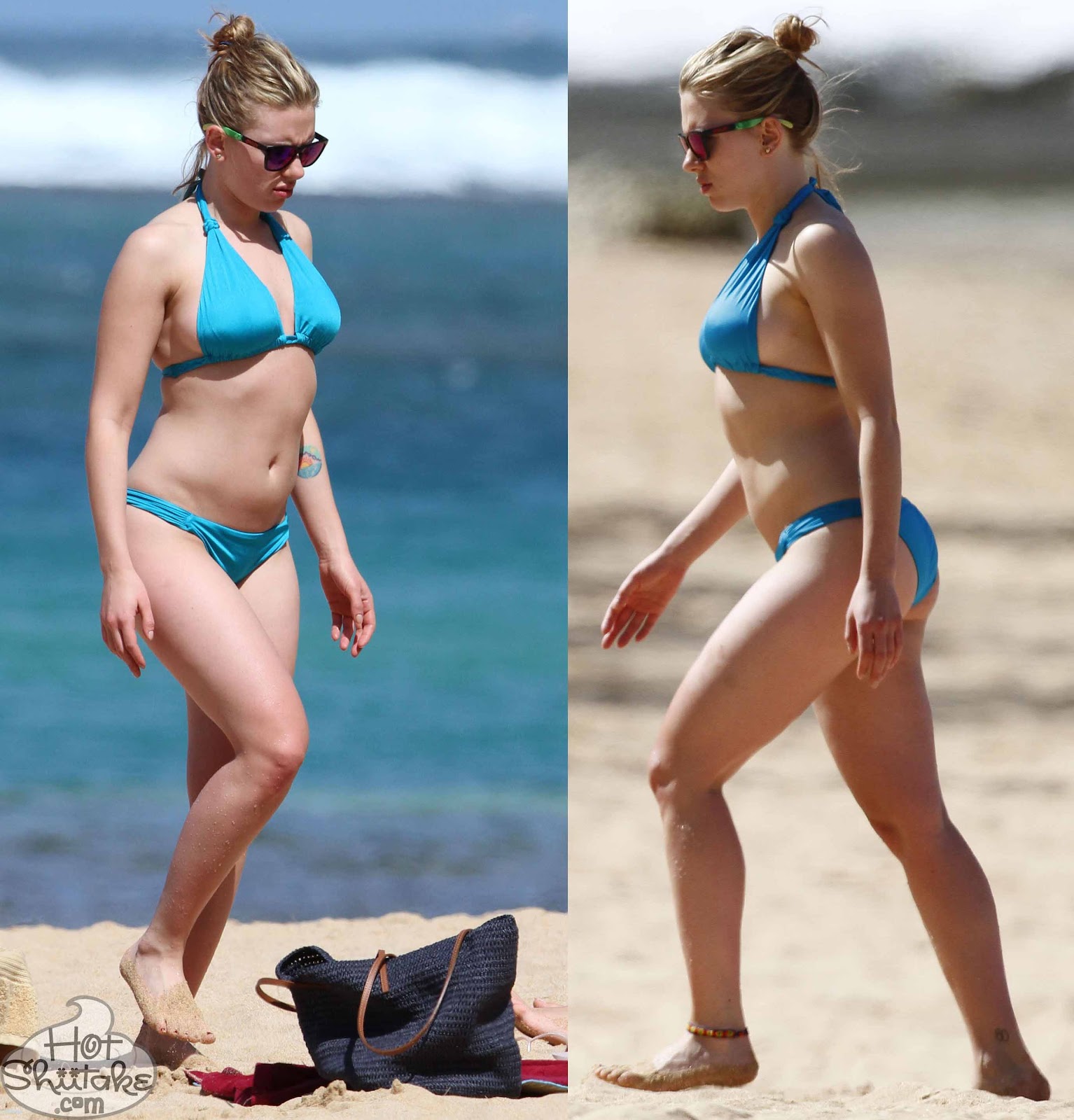 Scarlett Johansson makes us all wonder aloud, “Dear God, WHAT happened?!?,” as she parades her lumpy body in a tacky turquoise bikini on the sands of Hawaii, while on vacation with her new boy toy, ad exec, Nate Naylor. Naylor? I hardly know her! (February 10, 2012) 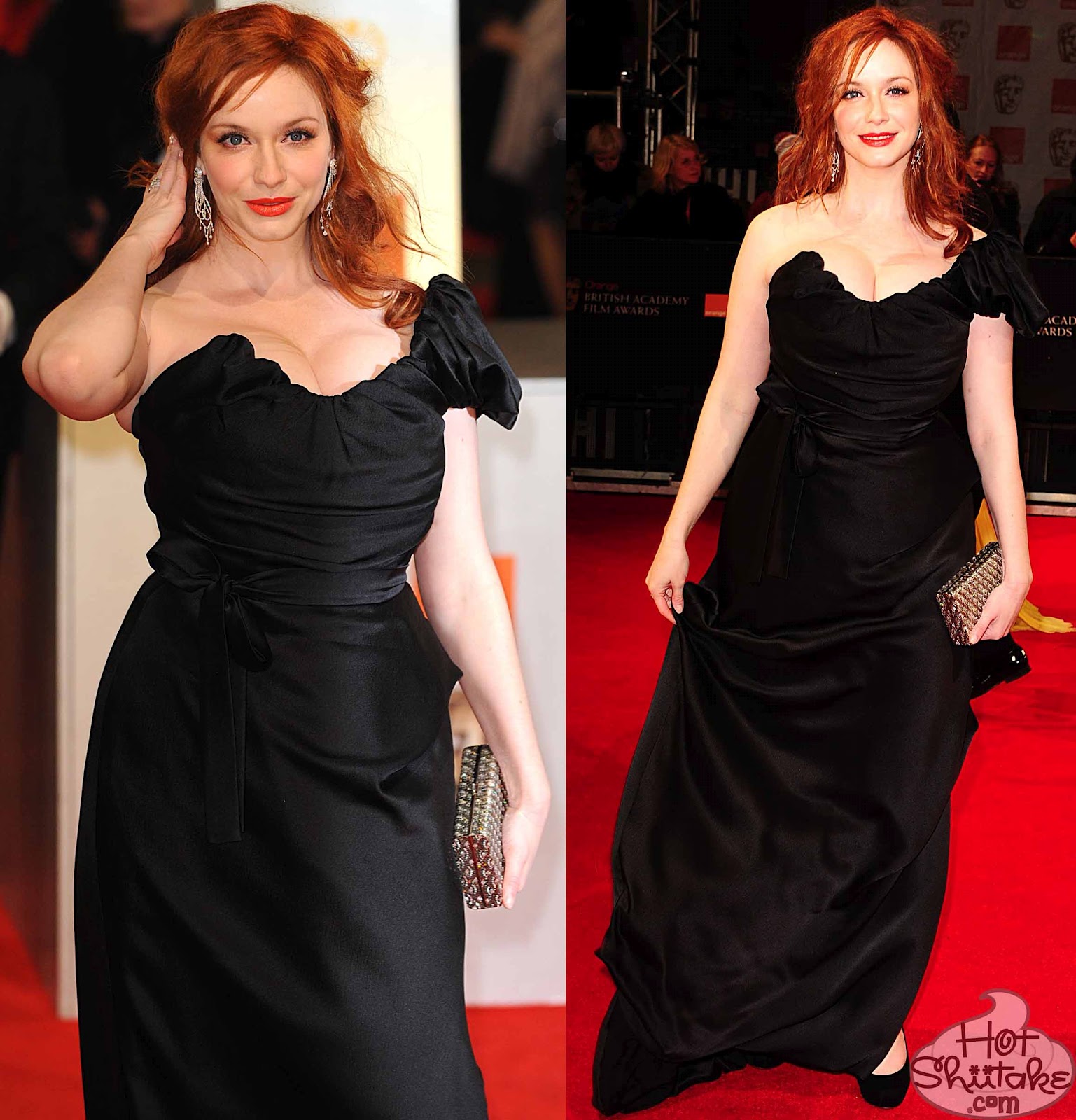 Christina Hendricks makes one last desperate cry; begging and pleading for a stylist, or anyone with eyeballs, to please, PLEASE dress her – at the 2012 BAFTA Awards. (February 12, 2012) 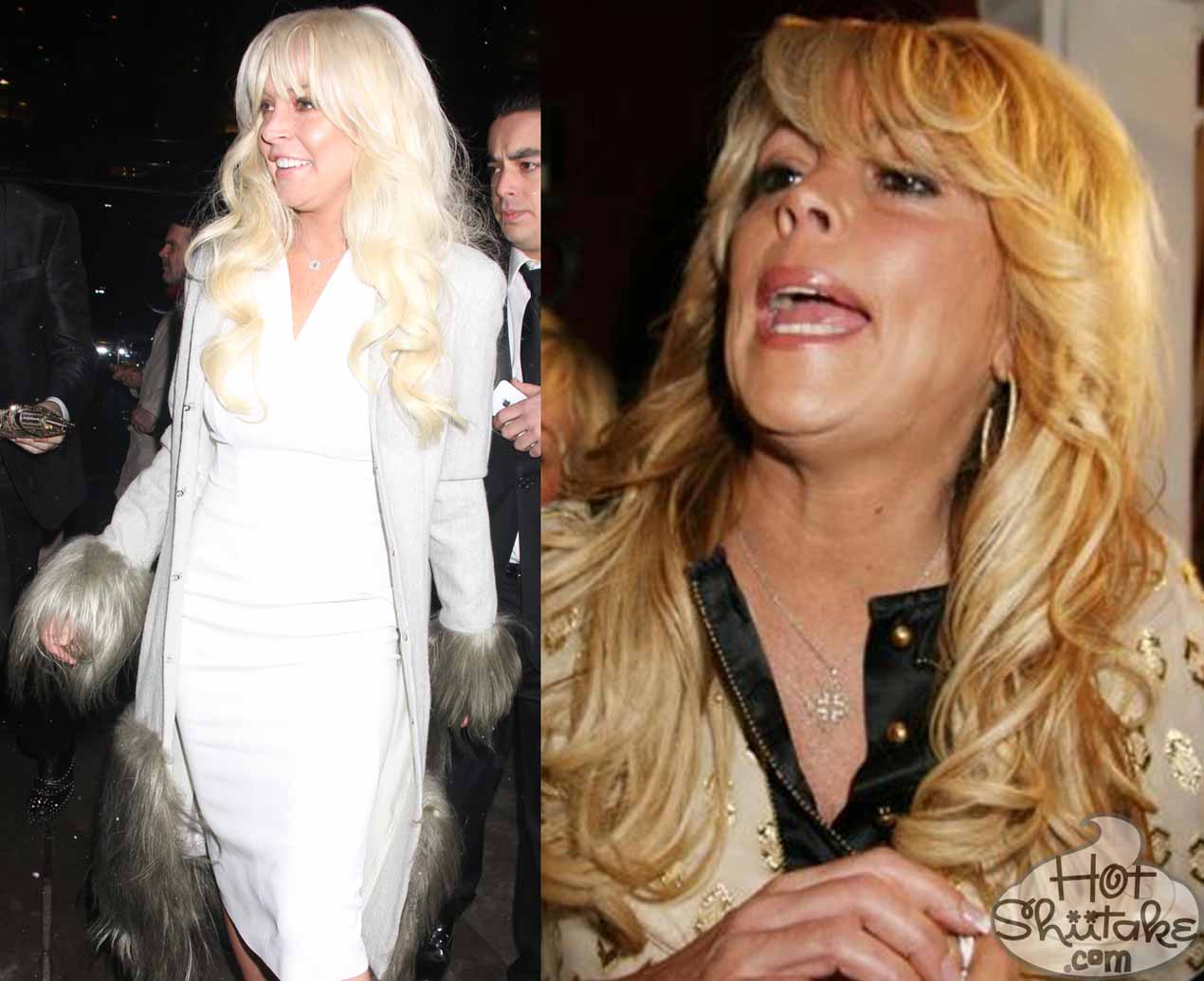