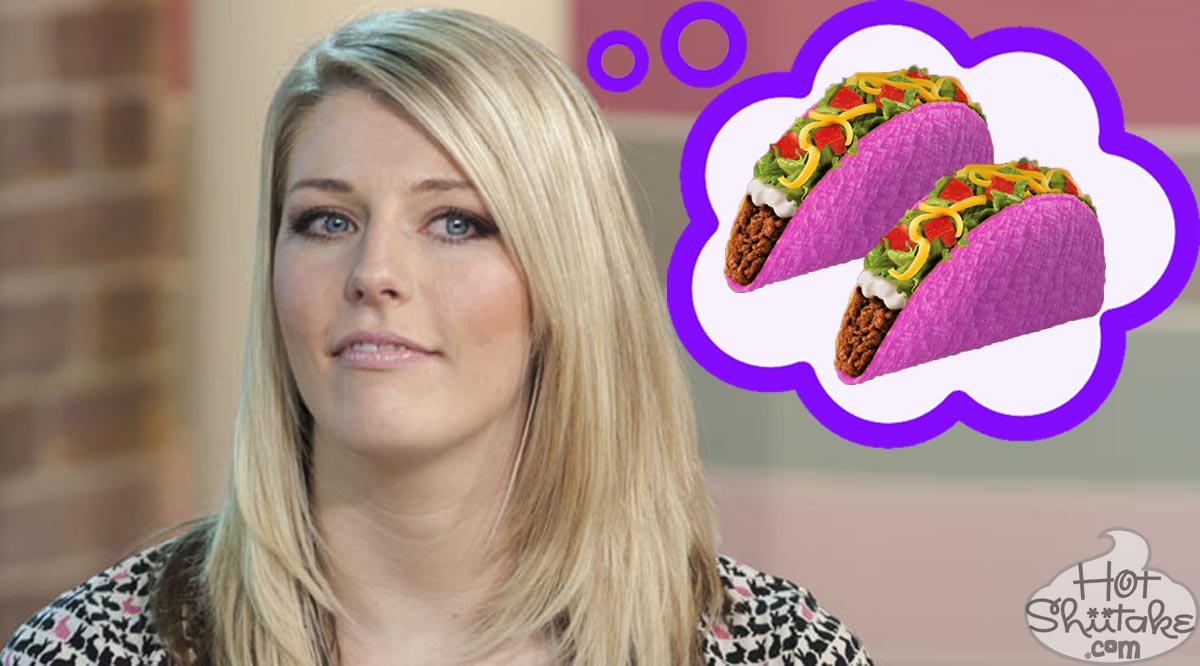 Nobody cares what your husband had for lunch today, Hazel, we just wanna know:
DOES THE CARPET MATCH THE DRAPES??

Hazel Jones, now known simply as “the woman with two vaginas” (and two fully formed vaginas, at that), recently became famous in the UK, when she paraded her two vaginas on ITV’s This Morning (which, by the way, must be an absolutely magical programme, because it was this very same show that shone the global spotlight upon Chelsea Charms, the woman with the world’s biggest boobs).

Unfortunately, for us curious folk, we may never get to see what it looks like when there are multiple vaginas on one chick, because the UK’s Daily Mail reports that Hazel Jones has rejected Vivid Entertainment’s $1 million offer.

How could this be?!? How could the woman with two vaginas turn down a $1 million pornography offer, after telling This Morning‘s hosts that her vaginas “[aren’t] something [she’s] embarrassed by,” that “once [she] found out [that she had two vaginas], she told everybody,” and that she “thought it was amazing and … definitely an ice-breaker at parties”?!?!? She even stated that, “if women want to have a look, [she’s] quite happy to show them” – so how can she turn around and deny the world the opportunity to see her two vaginas in action? HOW?!?

Yes, to reiterate, Hazel Jones has two fully formed vaginas, complete with two holes, out of which, two babies could climb (possibly both at once?), and two uteruses. (Or would it be uteri? Uterusseses?)

We may never know the correct plural form of uterus, but the real question is this: What would you do if you had two vaginas, two uteruses, and two cervixes? One can only hope that you would put them all to good use. Michelle Duggar sure coulda used that many uteri.

How Can a Woman Have Two Vaginas?

How can a woman have two vaginas? While Hot Shiitake employs many different lunatics in a wide variety of fields and specialties, we do not, at this time, have a medical professional on staff. Ask your doctor at your next check-up, and let us know how that turns out.

WATCH: Woman With Two Vaginas Talks About Her Naughty Bits:

The only remaining question is: Would you eat two pink tacos in one sitting?

For some reason, Chris Brown‘s Double Mint Gum commercial is coming to mind. Methinks Hazel Jones might know something about doubling one’s pleasure…

And, from the days when Hot Shiitake’s fearless leader should have been placed under a 5150, due to an unhealthy obsession with American Idol:

One comment on “A Tale Of Two Vaginas (Feat. Hazel Jones, The Woman With Two Vaginas)”