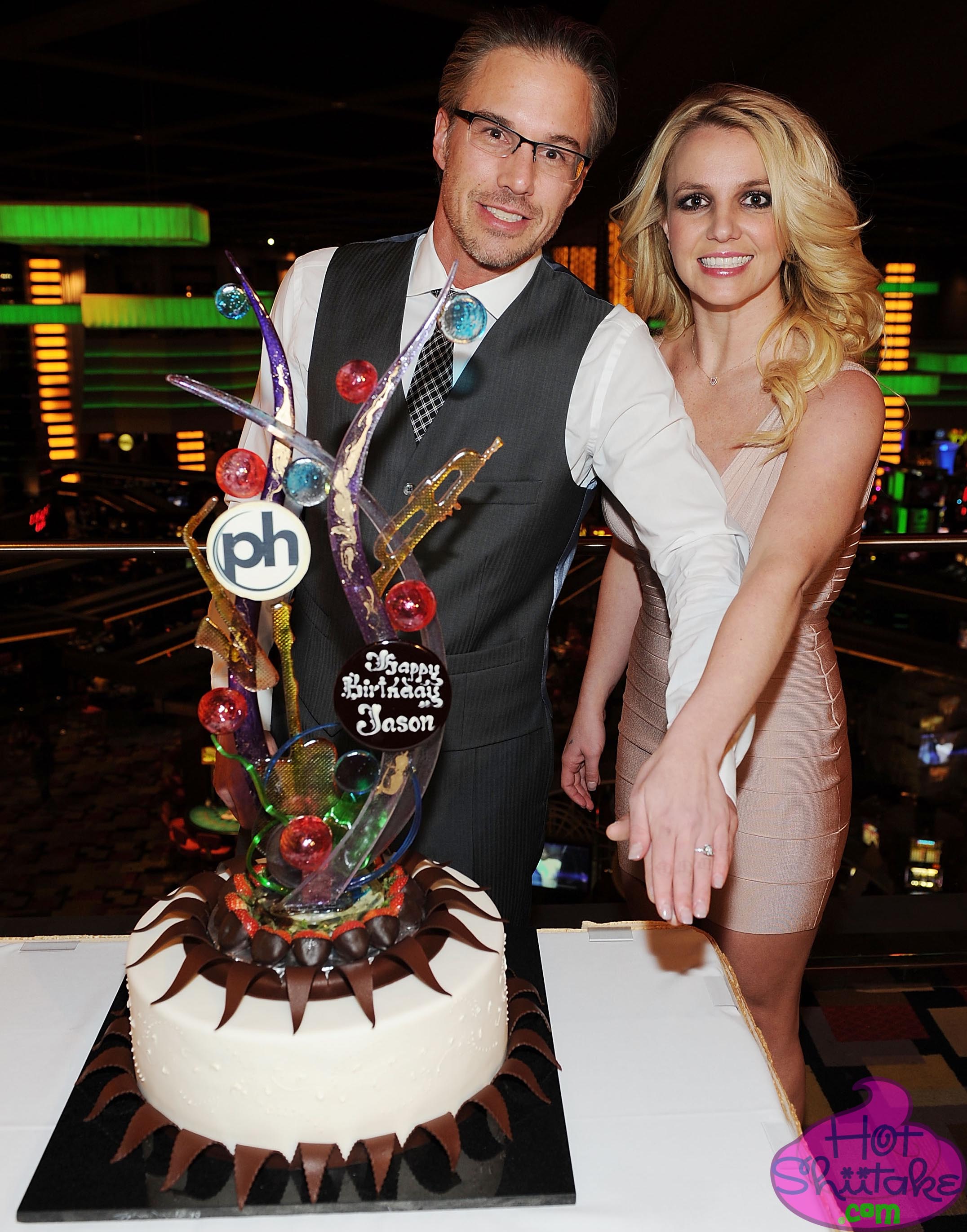 Britney Spears and her former-agent-turned-beau, Jason Trawick, are engaged (J.Traw popped the question on the evening of December 15, 2011) and the happy couple premiered their new engagement — namely Britney’s engagement ring — at Jason’s 40th birthday party at the Planet Hollywood Resort & Casino in Las Vegas, last night.

Get excited, ya’ll, ’cause Hot Shiitake has the [incredibly awkwardly posed] photos of the newly-engaged couple, below. (Spoiler Alert: Get ready for some epileptic seizing, Hot Shiitake’s master artist has prepared a fun-tastic animation for ya’ll.)

So, the news of Britney Spears’ engagement to Jason Trawick is pretty exciting, rye-eet? And check out the happy couples’ prom engagement photo – it’s absolutely adorablez! 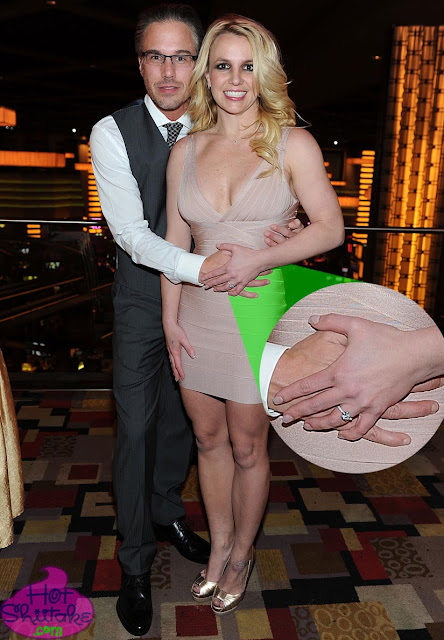 Didja notice the close-up of Britney Spears’ engagement ring? Of course you did, you ain’t blind! (Or are you??) For the visually-impaired, Hot Shiitake’s master artist has prepared yet another image of Britney Spears’ brand-new bling. (You’re welcome.) 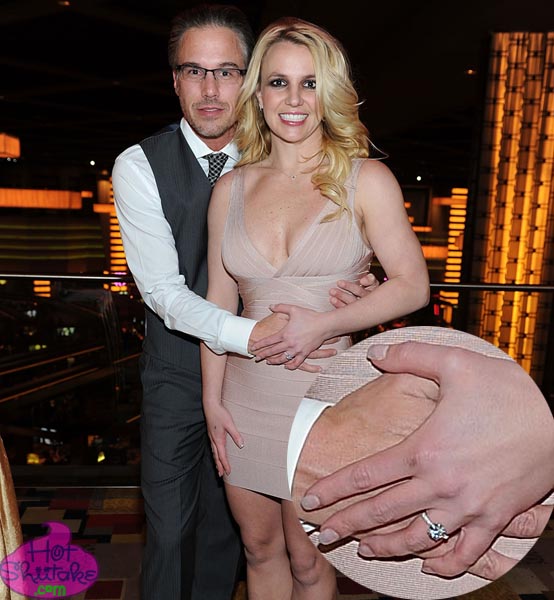 Reportedly, Britney Spears’ engagement ring is a 3-carat rock… sounds fab, right? But does it hold its own among a sea of other celebrity engagement rings? Nope.

Britney’s ring pales in comparison to other celebrities’ engagement rings… even her own previous engagement ring. But in Jason’s defense, he probably bought the ring with his own hard-earned monies, unlike the 5.5-carat ring Brit bought herself back in the days when she was engaged to K-fed. And don’t forget about the 20.5-carat whale of an engagement ring that Kim Kardashian bought herself two days (or so) before she divorced Kris Humphries.

The news that Britney Spears is engaged is great and all, but Hot Shiitake’s omniscient hotness expert only cares about one thing: WHEN will Britney Spears hire a decent makeup artist??

Best wishes to the happy couple!