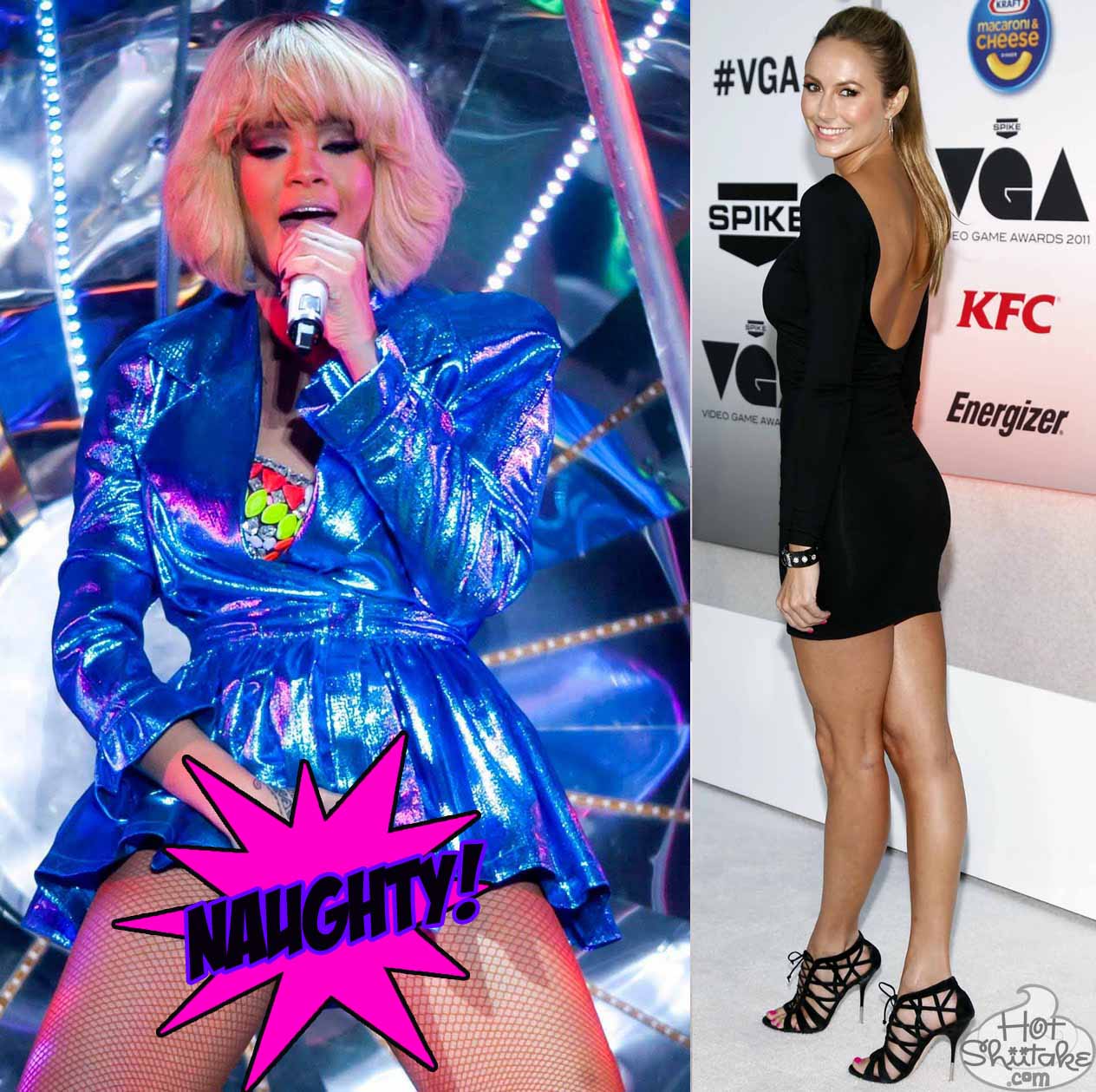 Time for this week’s hot celebrity pics, urrv’rybody! Let’s start this week off right with some scantily-clad celebs, shall we? Because even when celebrities are in long gowns, they still manage to be wearing next-to-nothing. Isn’t it great?!

Unfortunately for us, only Hot Shiitake’s master artist gets the pleasure of seeing Izabel Goulart’s nipples, because that ash-hole censors everything. But if you’d like to see more of Izabel’s scantily-clad body, you can see her strut her stuff on the runway of the Victoria’s Secret Fashion Show. 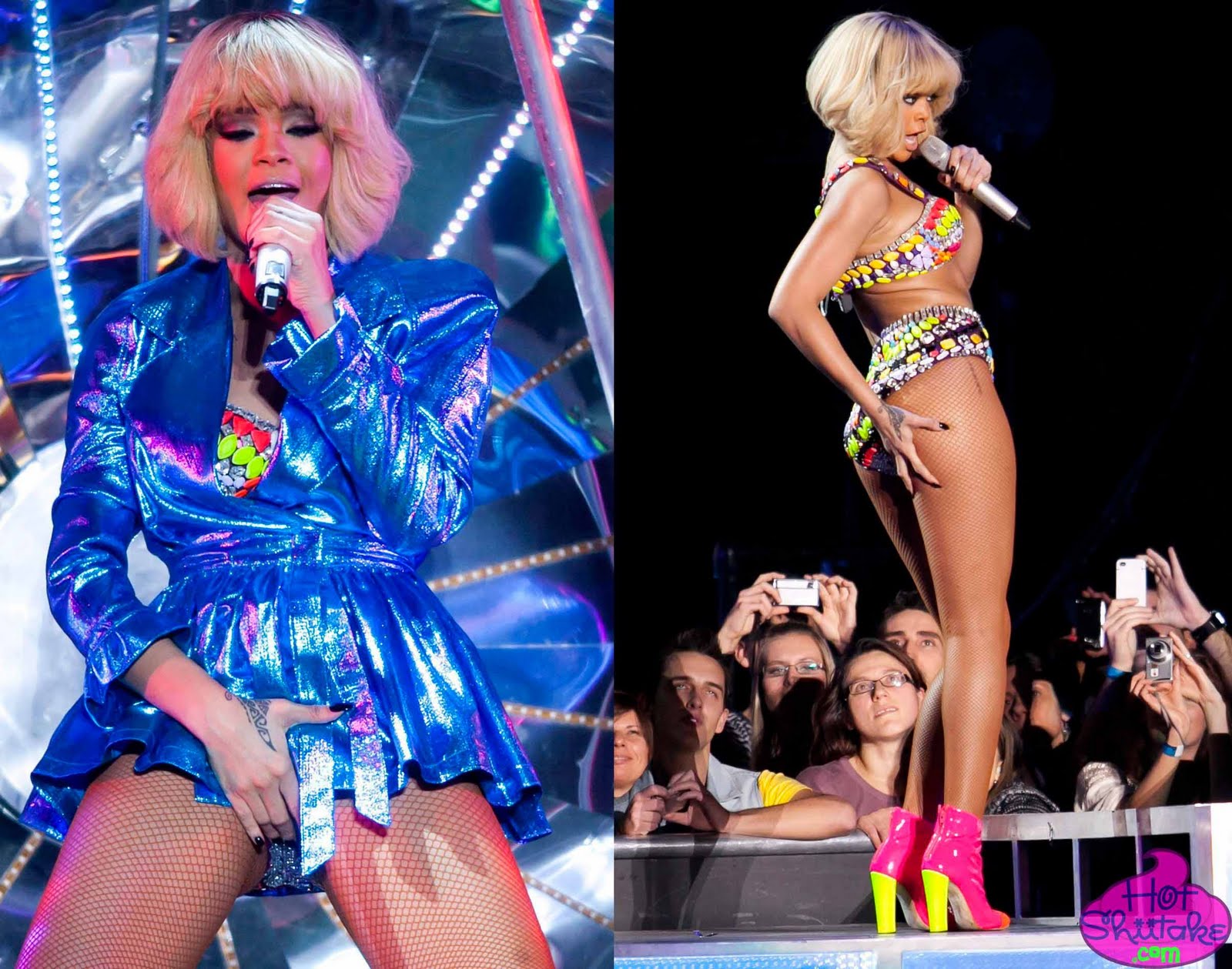 Rihanna masturbates on stage (yeah, she’s freaky like that) at her concert in Budapest – that’s in Hungary, people. (December 8, 2011) 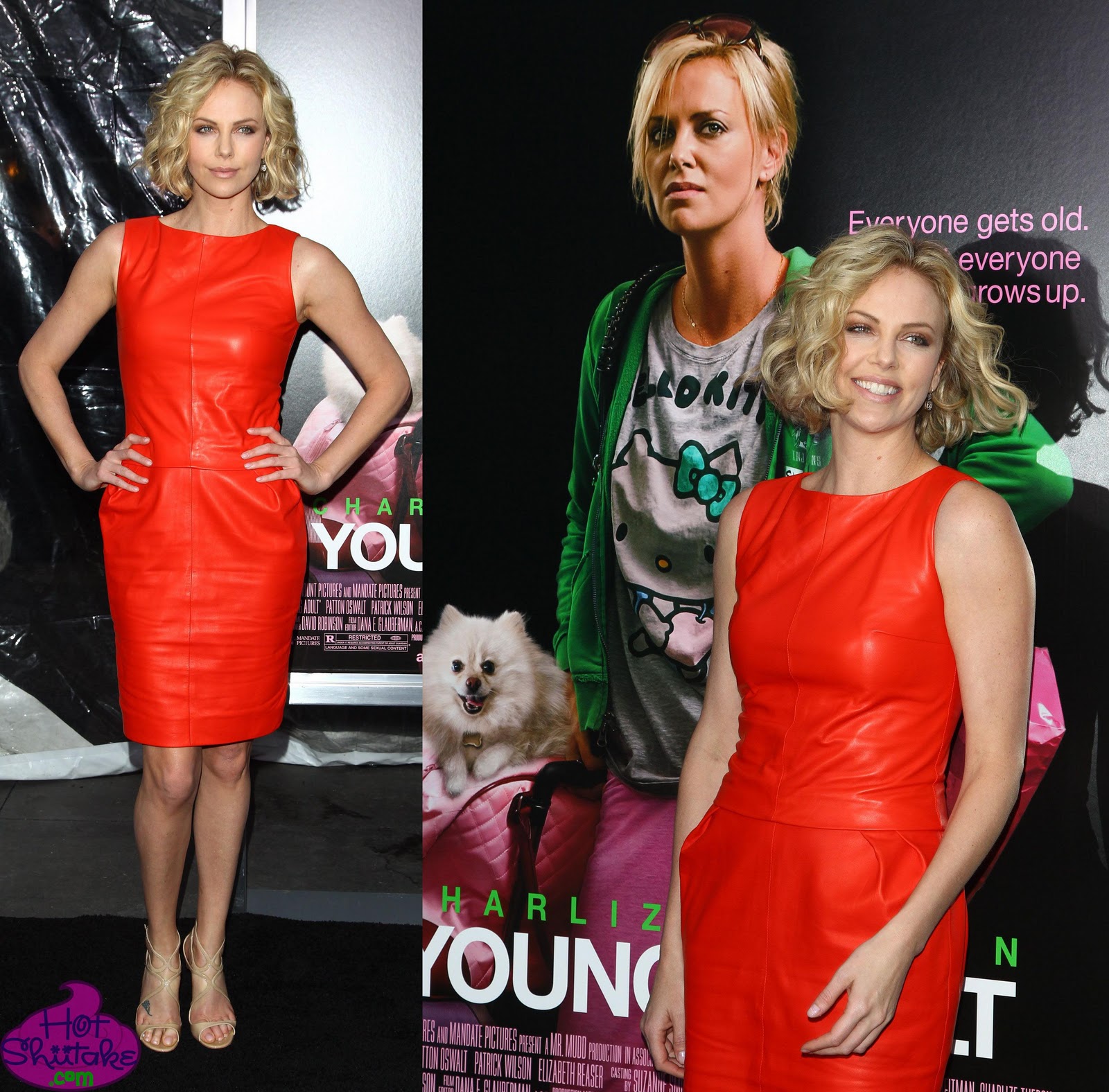 Charlize Theron gives everyone a good yuk, at the New York City premiere of her latest film, Young Adult. (December 8, 2011) 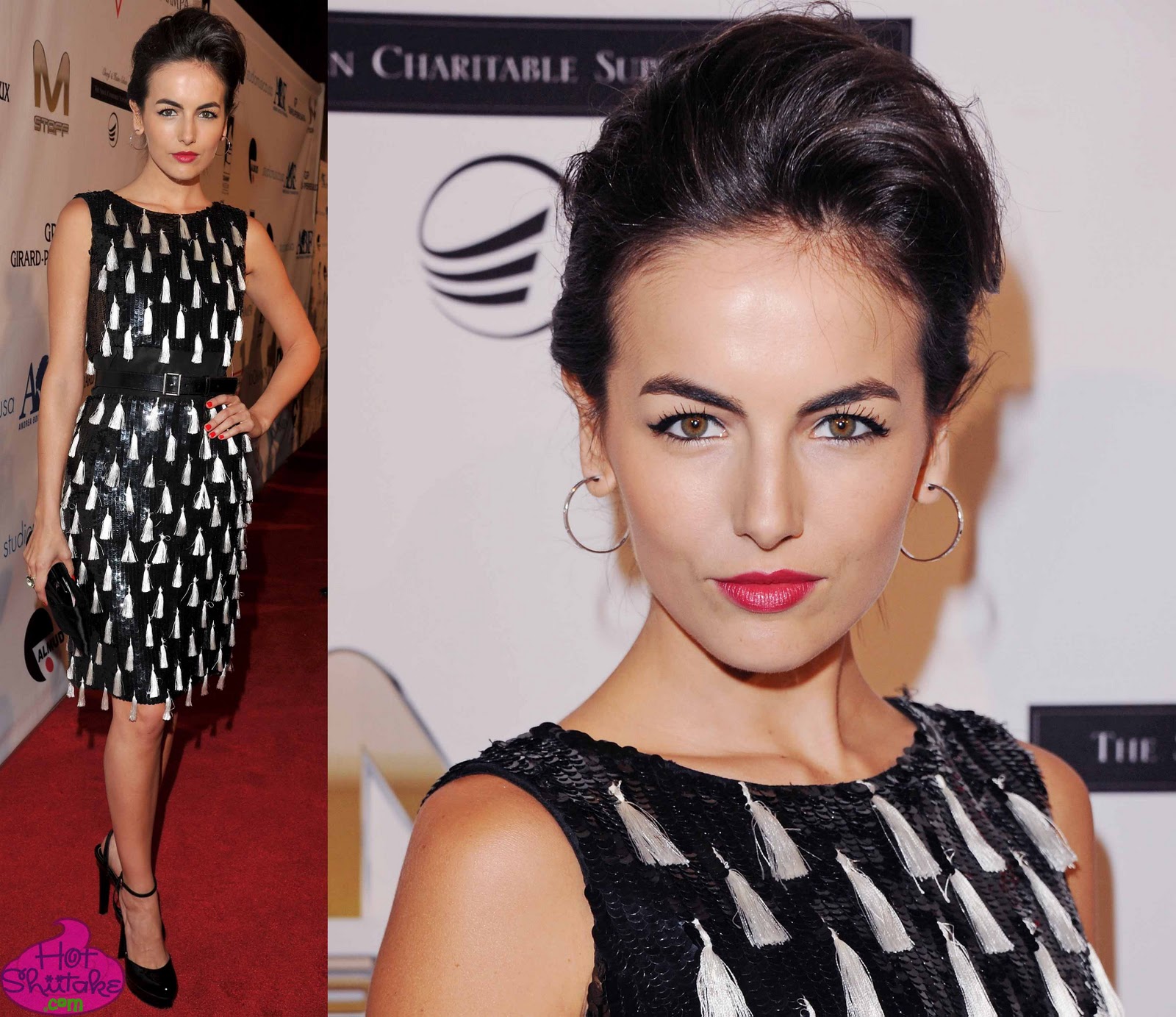 Camilla Belle works the red carpet in a weird sh*t shift dress with what appears to be Persian carpet tassels glued and/or possibly sewn all over it, at Andrea Bocelli Foundation’s 2011 Benefit Gala at the Beverly Hilton Hotel* in Los Angeles. (December 9, 2011)

*Sadly, Paris Hilton did not attend this classy event, and was probably not invited, and was possibly even banned, even though it was at her family’s hotel chain. 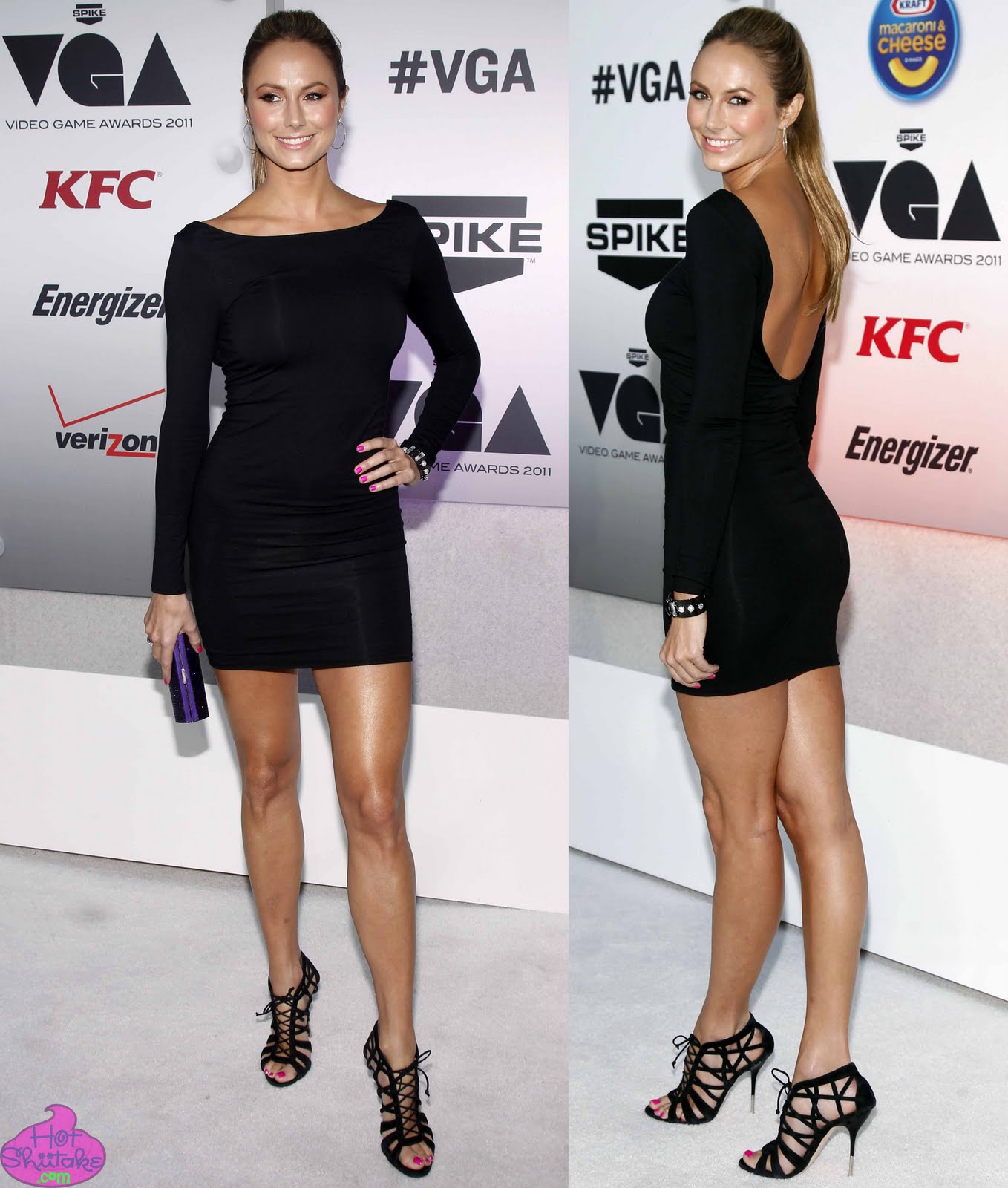 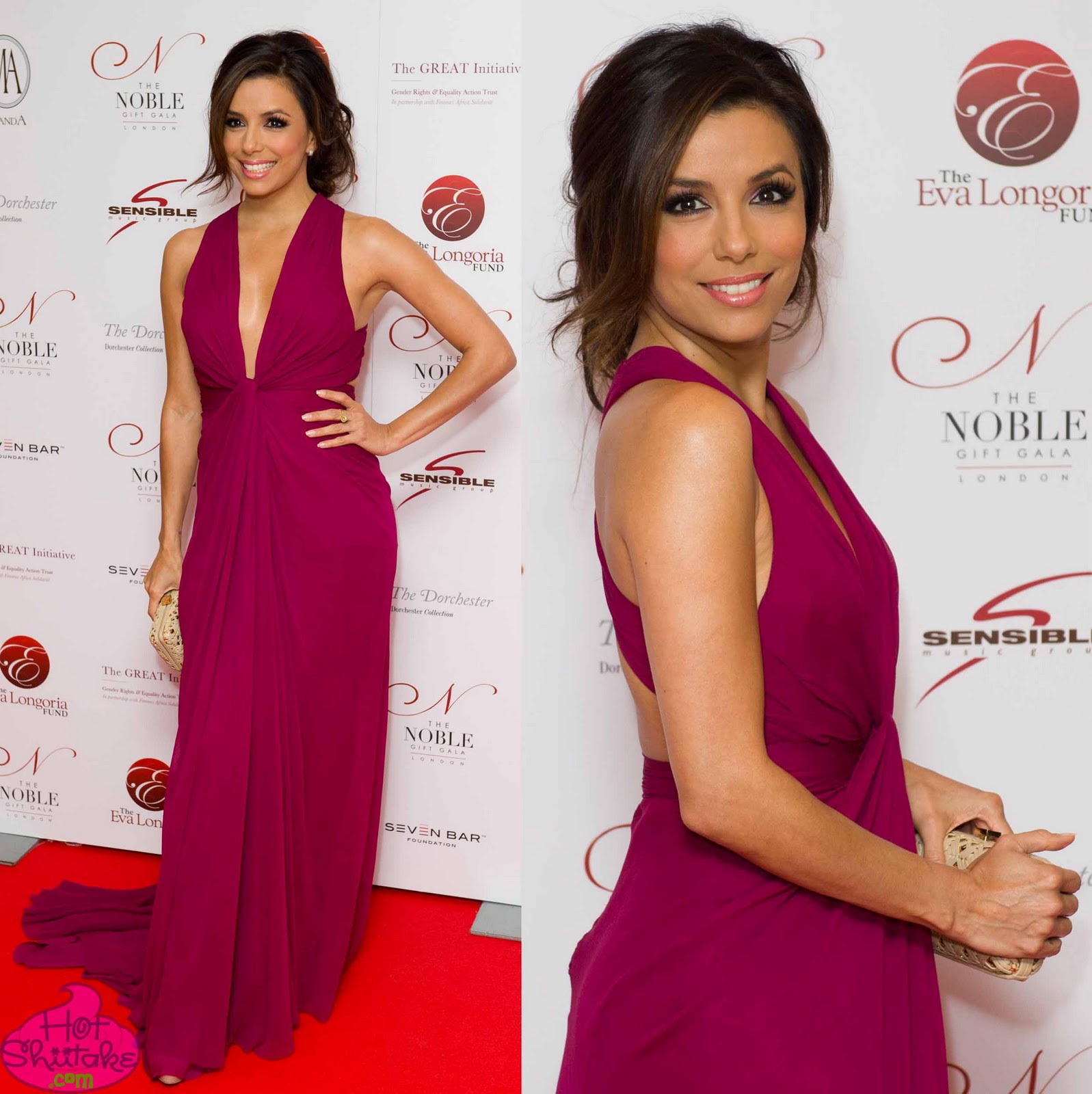 Eva Longoria lights up the red carpet, and the hearts of every American that ever lived, at the Noble Gift Gala in London. (December 10, 2011)