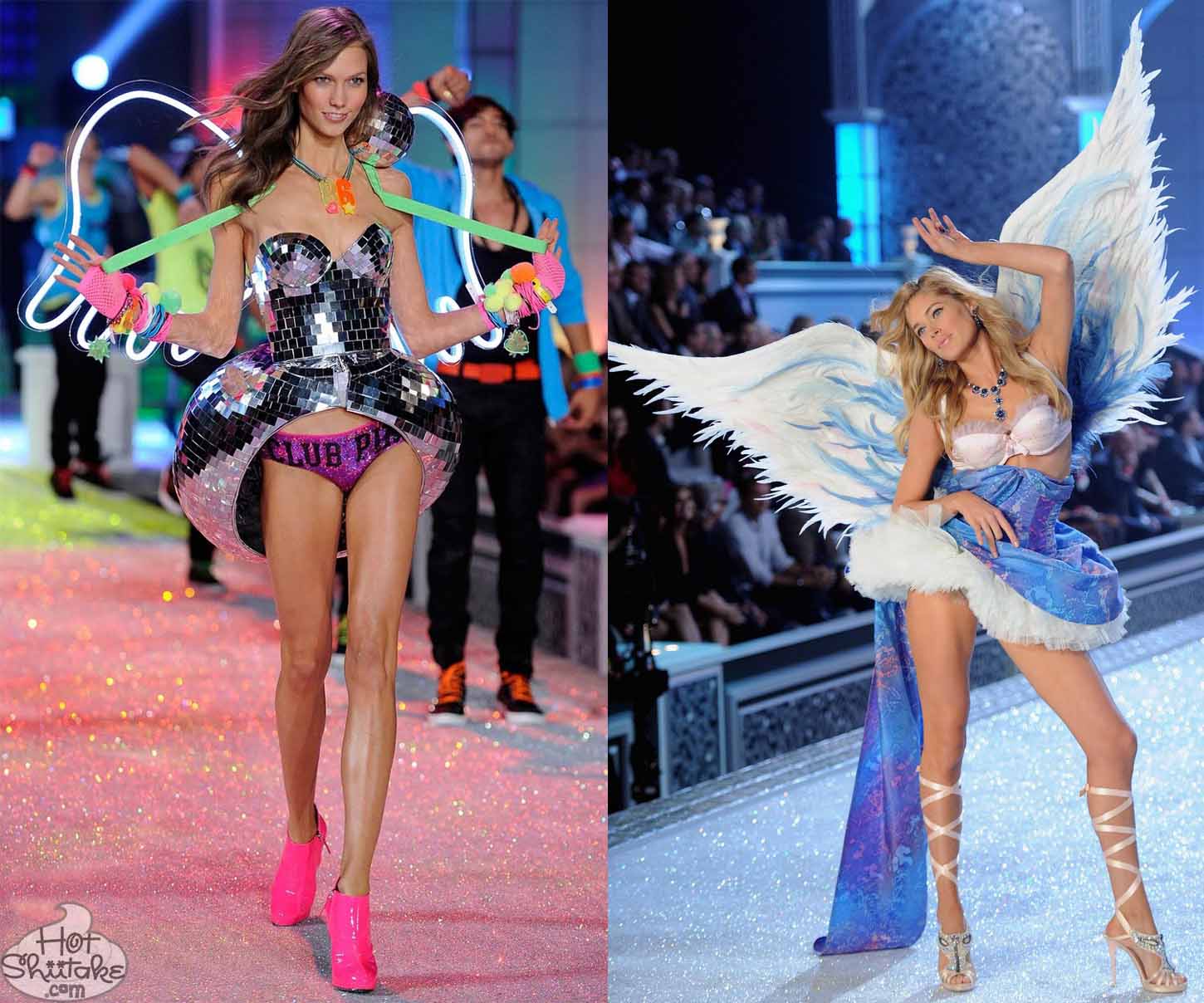 Ahoy there, mateys! The 2011 Victoria’s Secret Fashion Show was surely a sight to behold. Thus, let’s take a gander back and have another look-see at a few of them thar fair lasses, so we might revel in the glorious sight of the almost-perfect Victoria’s Secret models, forever and ever. Starting with… 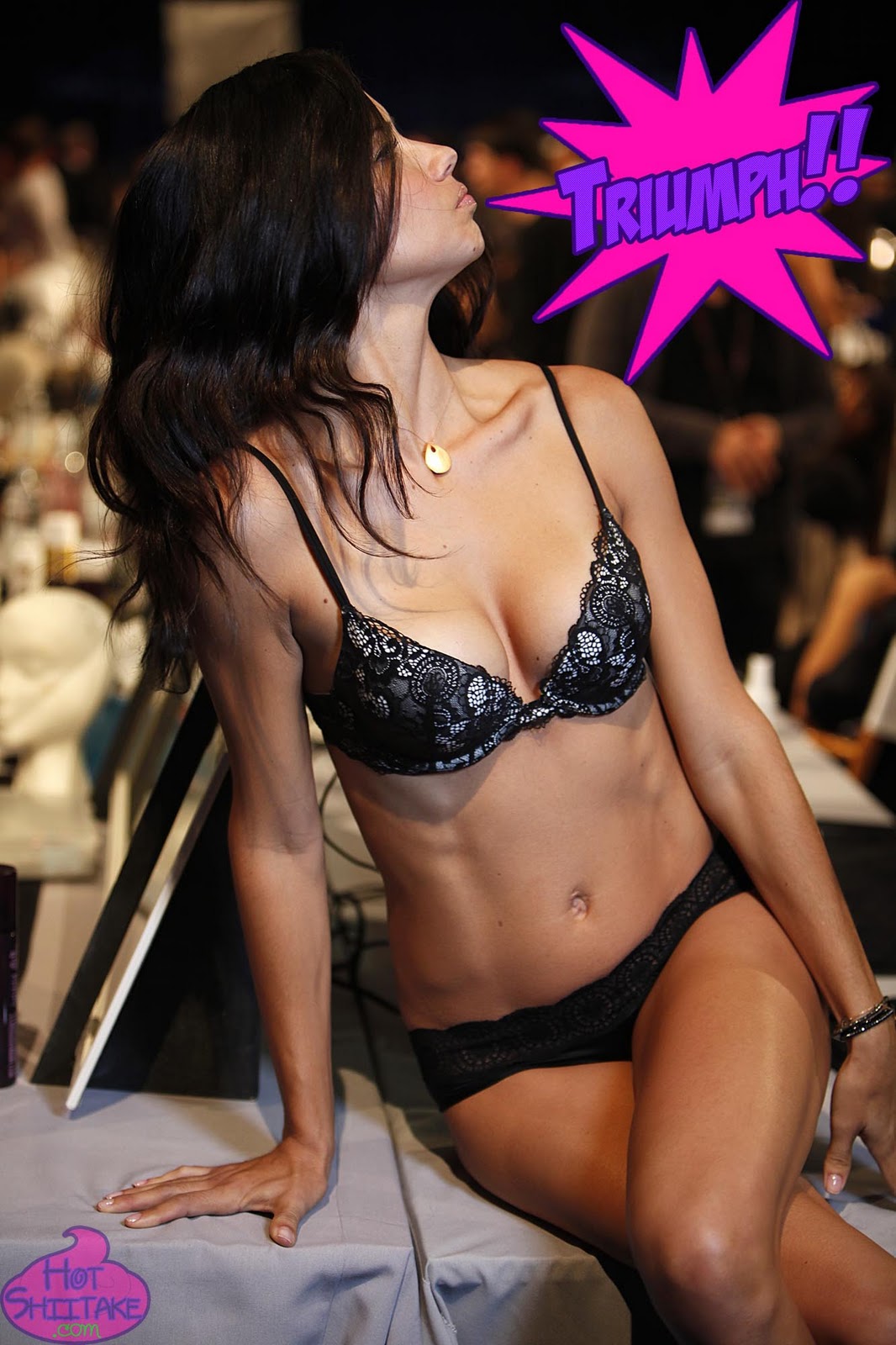 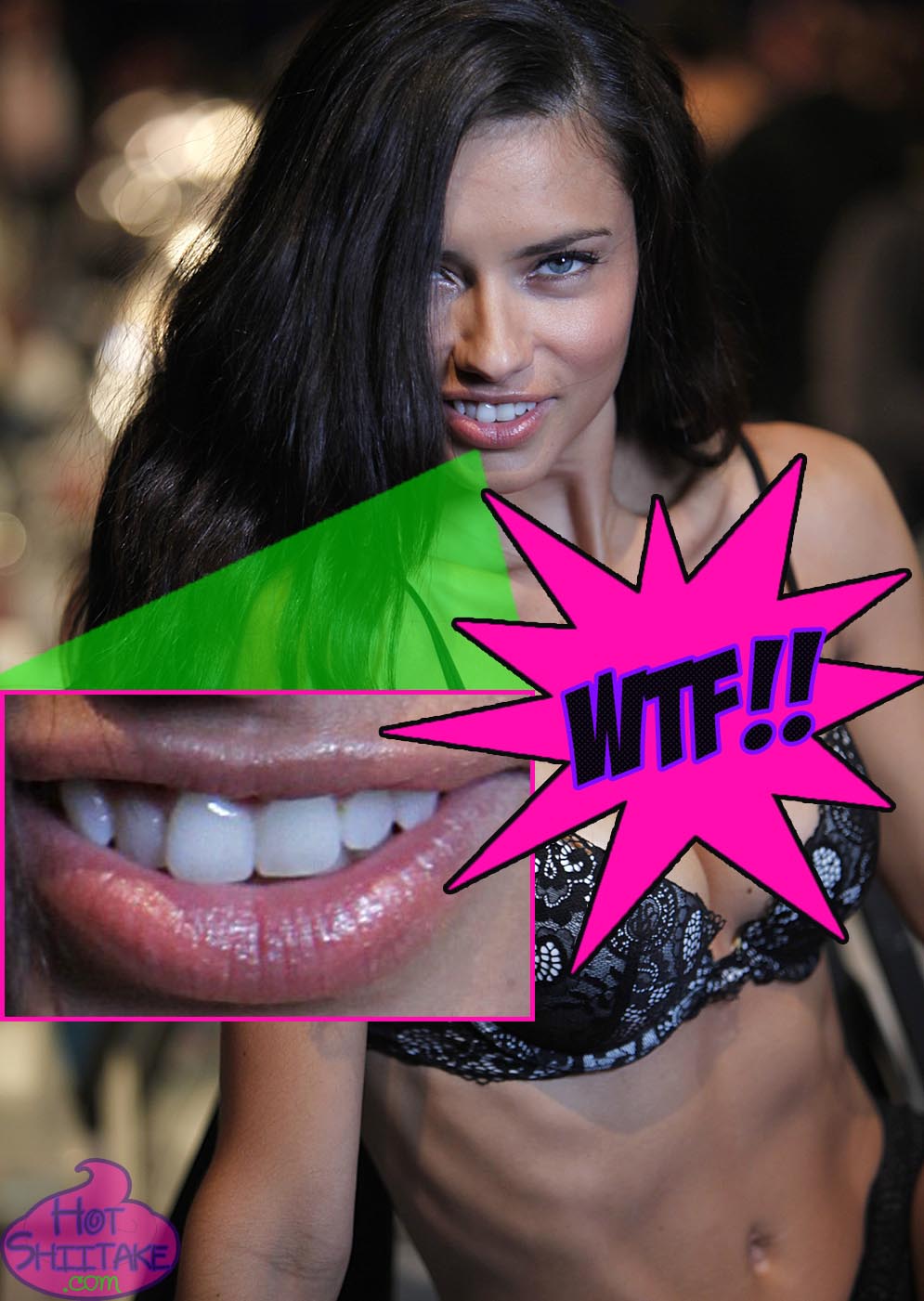 Adriana’s teetch are actually pretty messed up (for a supermodel, at least). But hey, nobody’s perfect. Right, Hannah Montana?

Remember this little gem from The Week in Ugly? 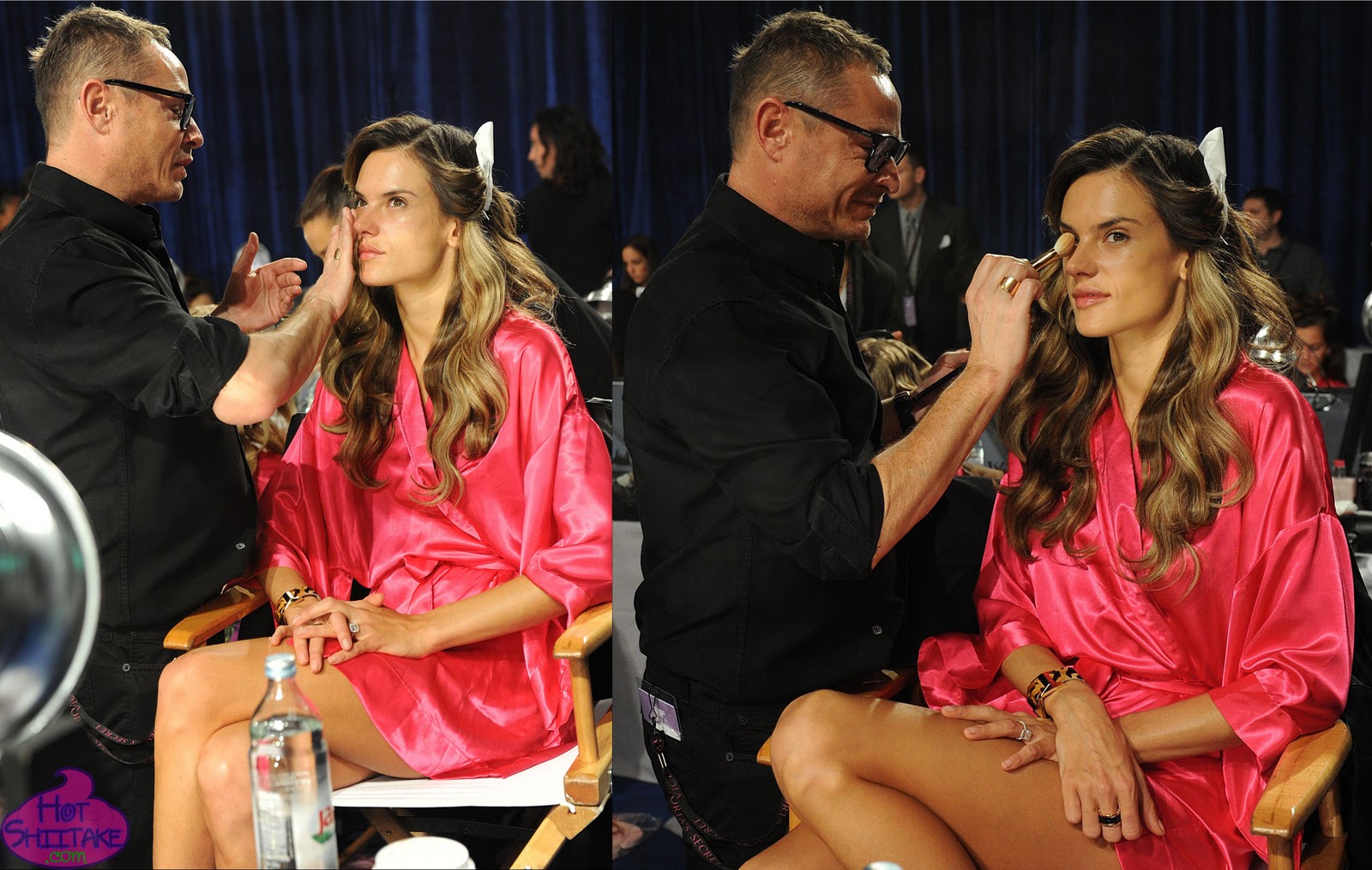 Ladies ‘n gents: Alessandra Ambrosio – without her clown paint. File this under: “Ugly Celebrities Without Makeup” or, maybe “Ugly celebrities people think are hot, but then you take off their makeup, and what do you see? Not so hot anymore, are they now?”

For this portion, the Victoria’s Secret models are shown in order of ascending hotness, according to Hot Shiitake’s omniscient hotness expert. 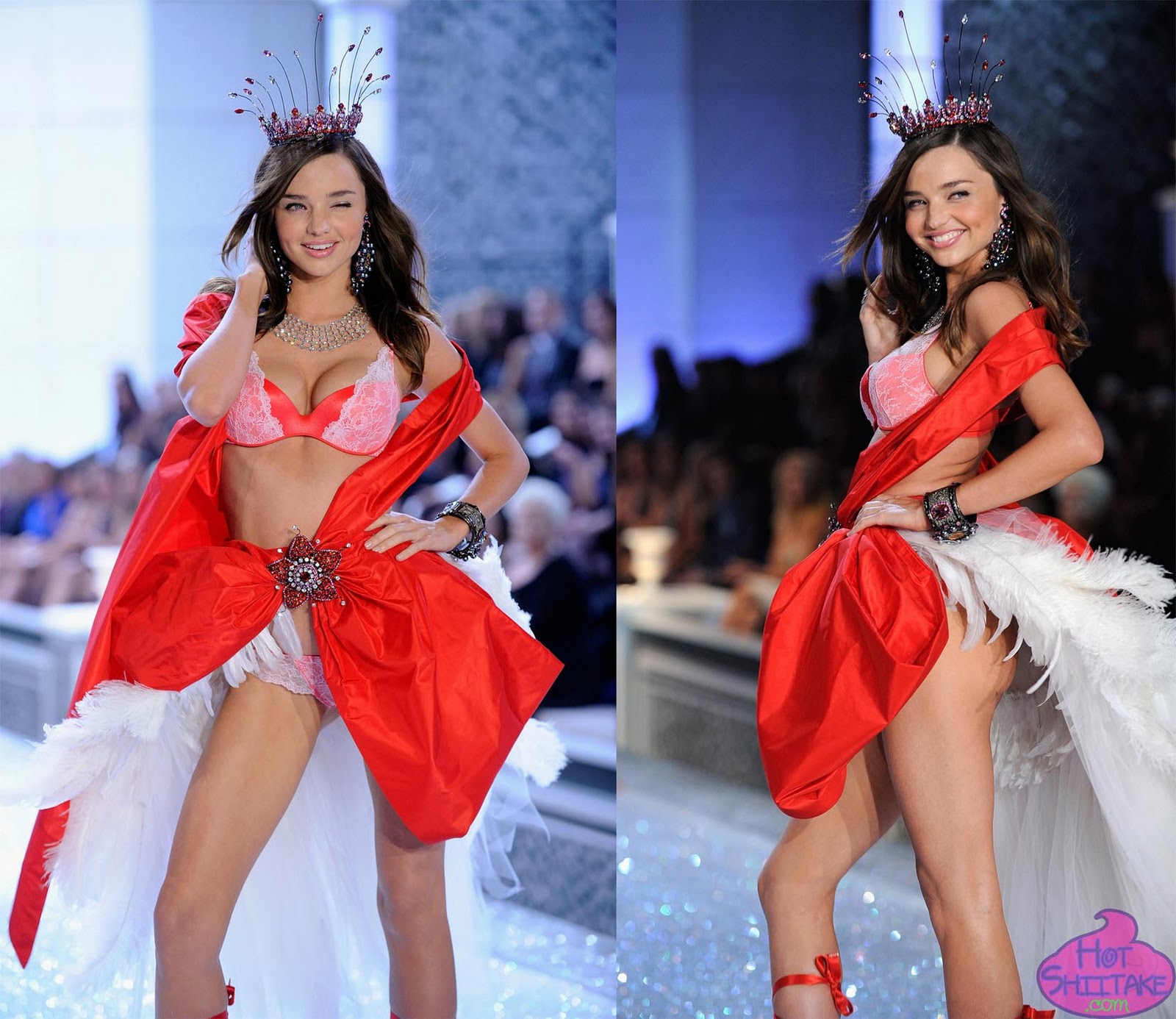 Methinks the Paper Bag Princess Miranda Kerr has something in her eyeball. 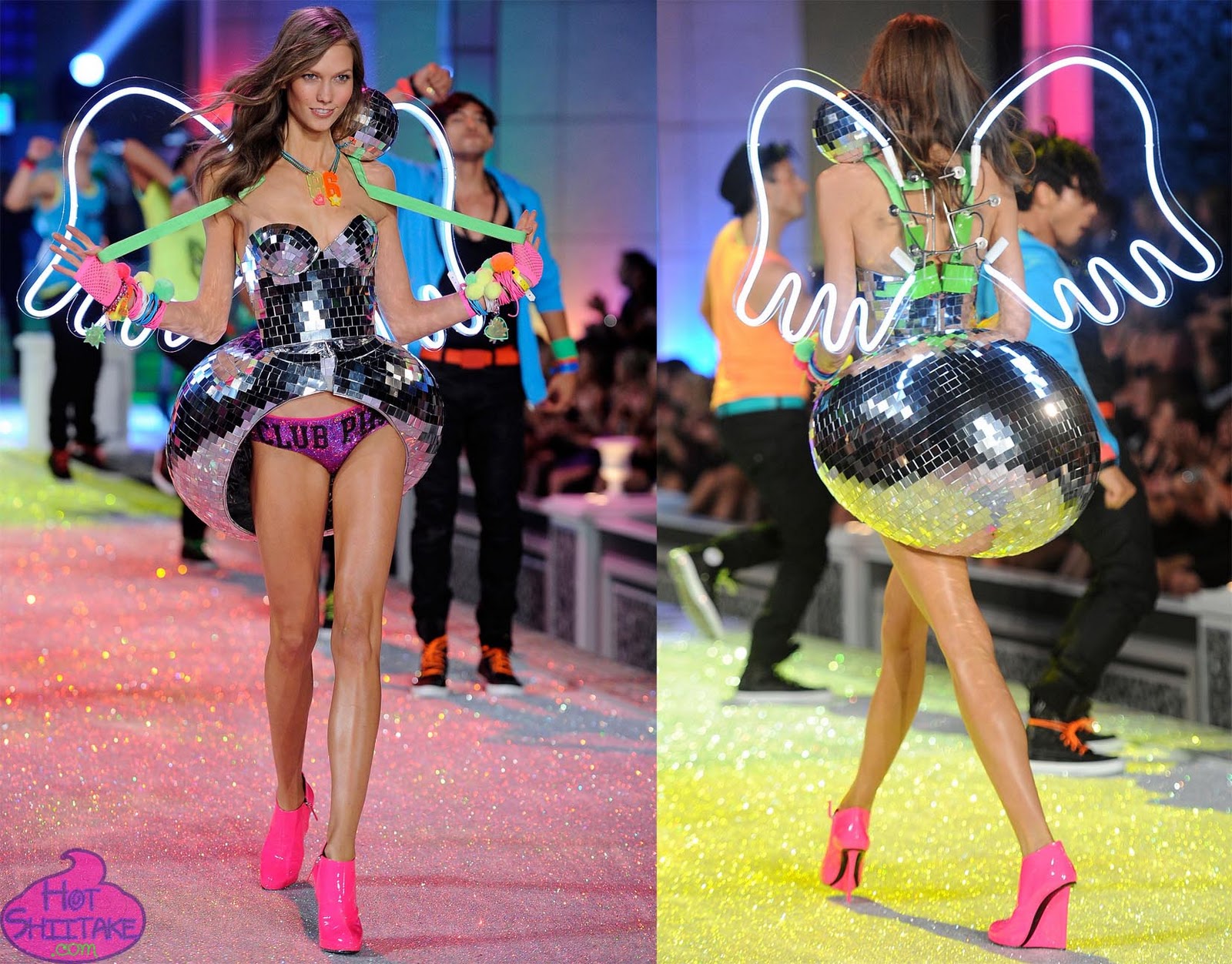 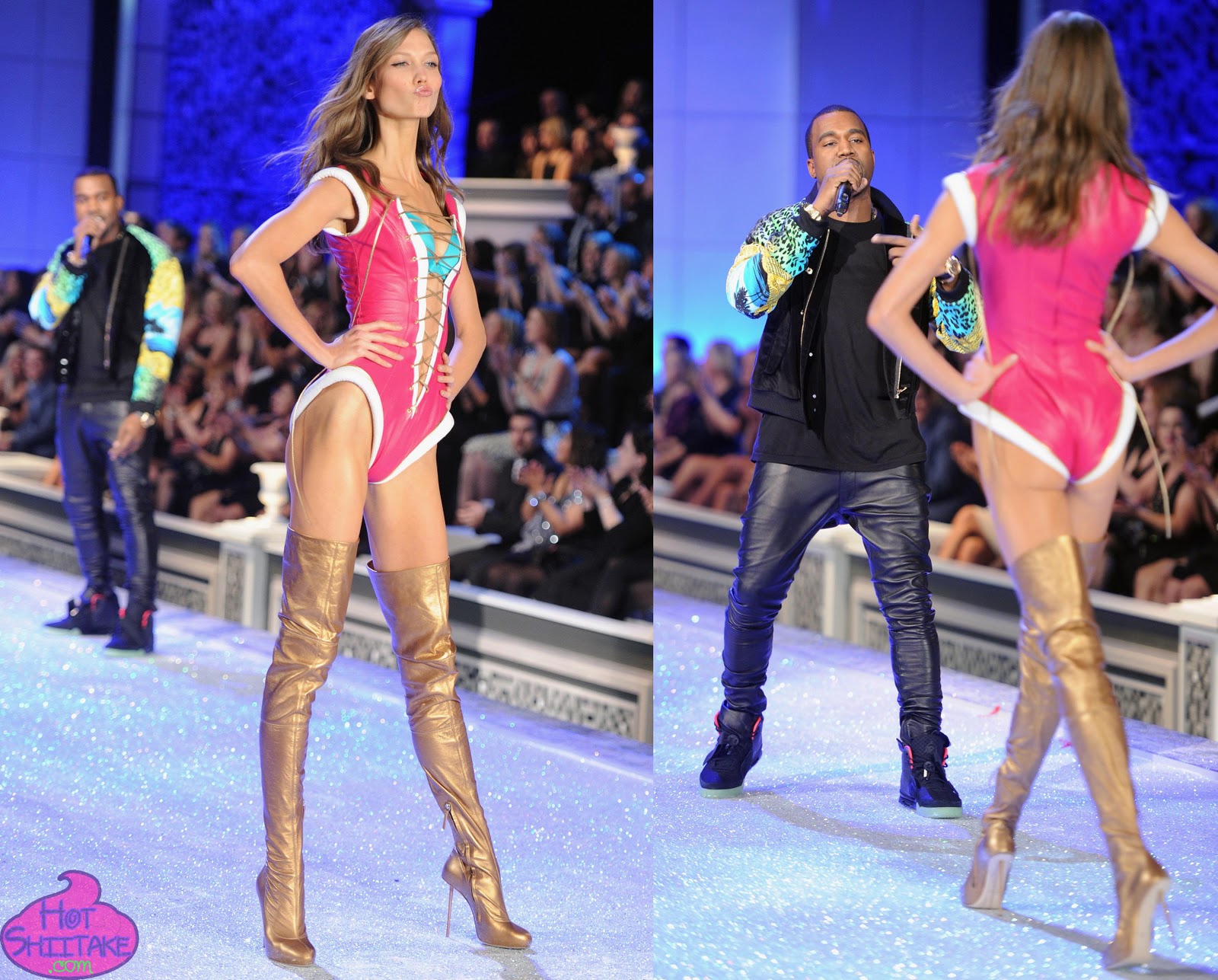 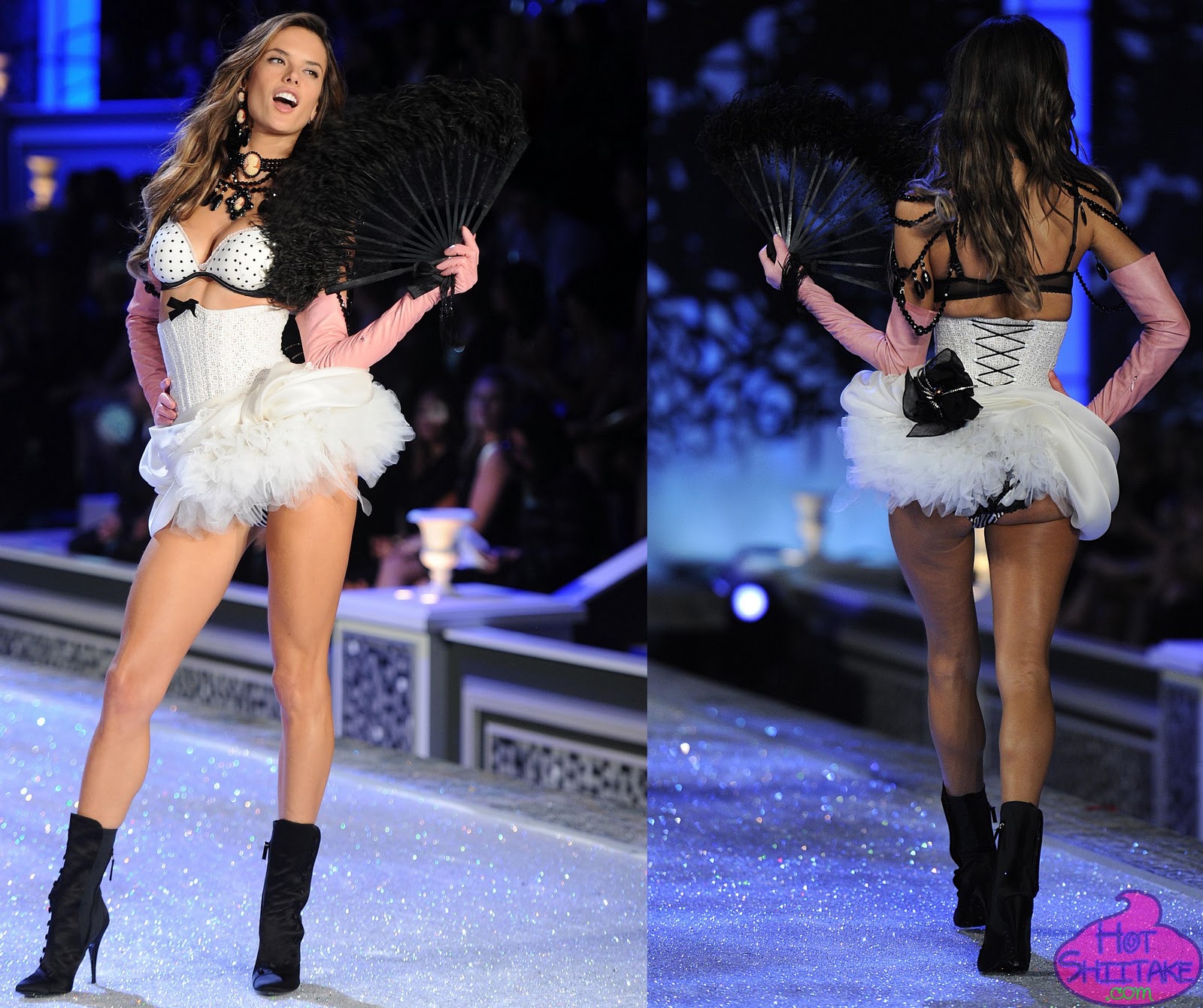 I spy with my little eye: a spot of cellulite? 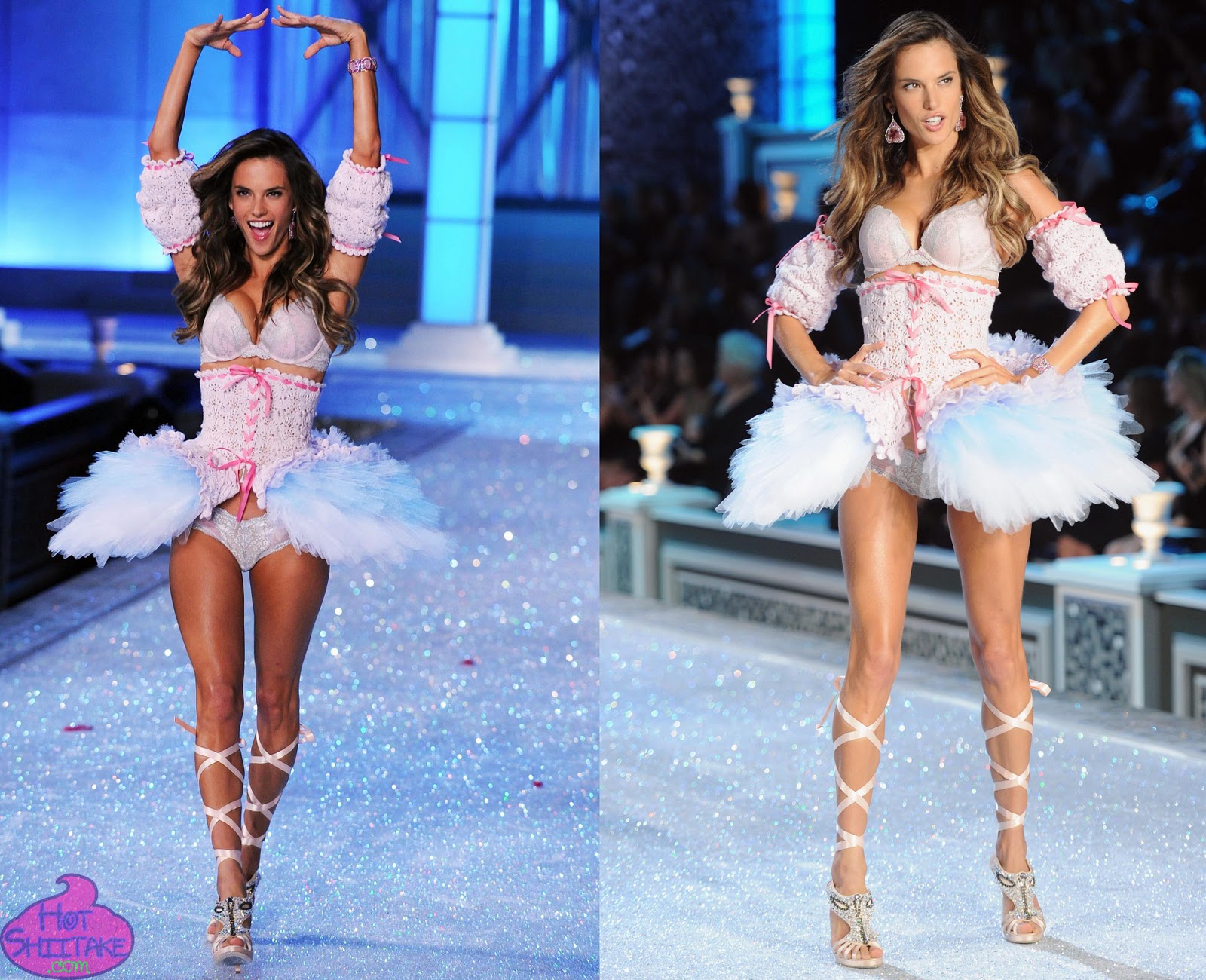 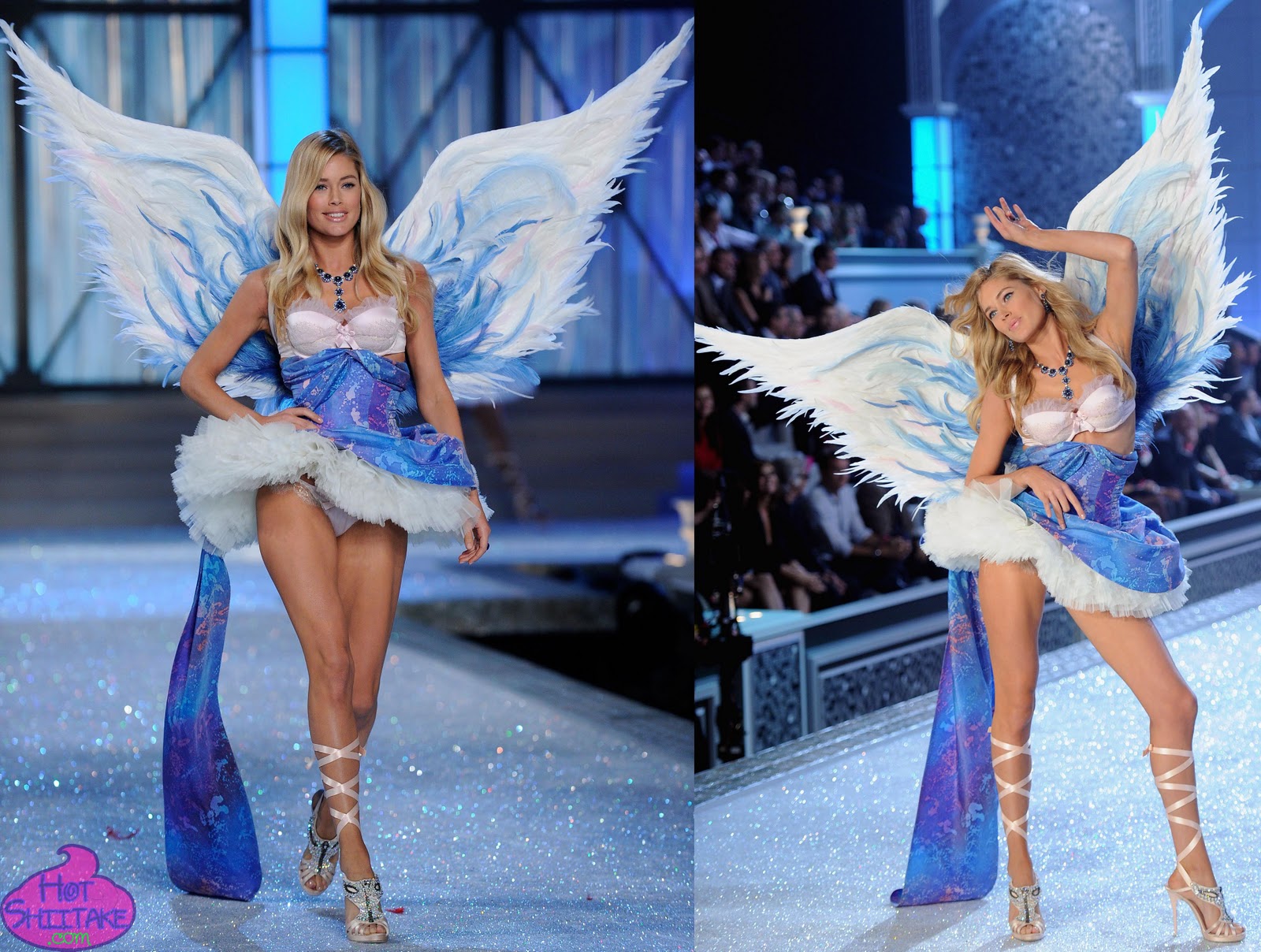 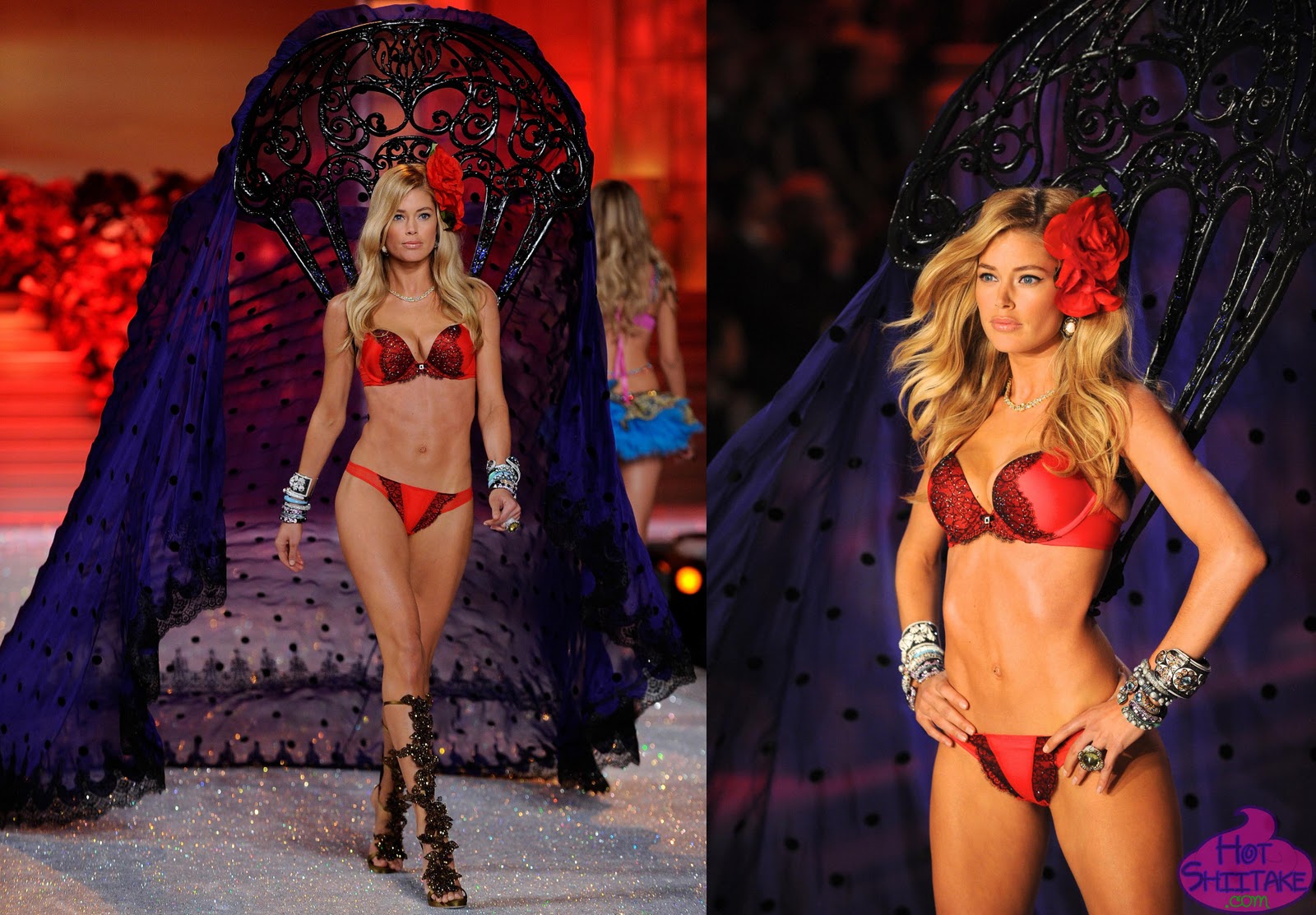 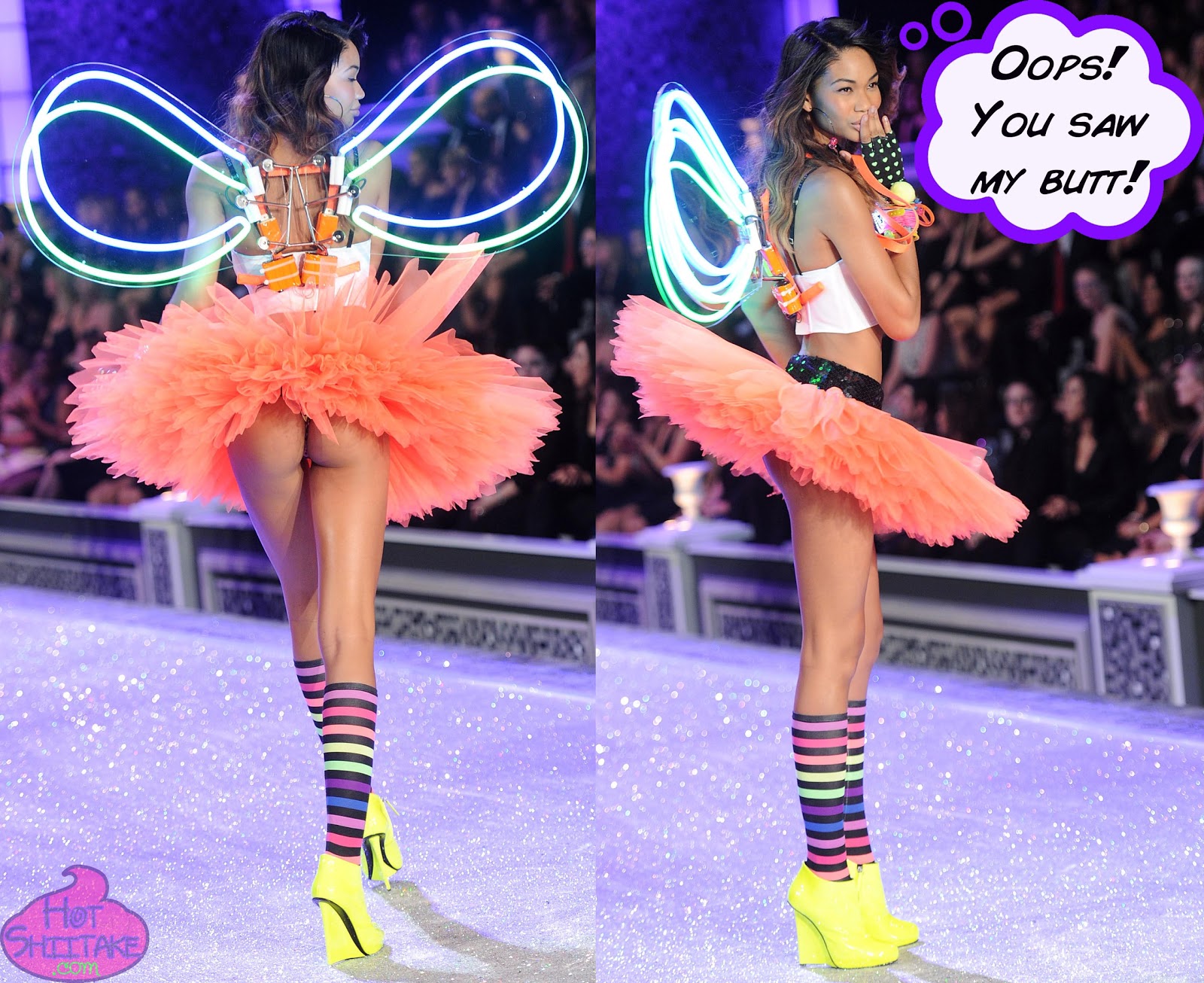 Chanel Iman gets extra hotness points for taking partial nudity to the next partially-nude level. 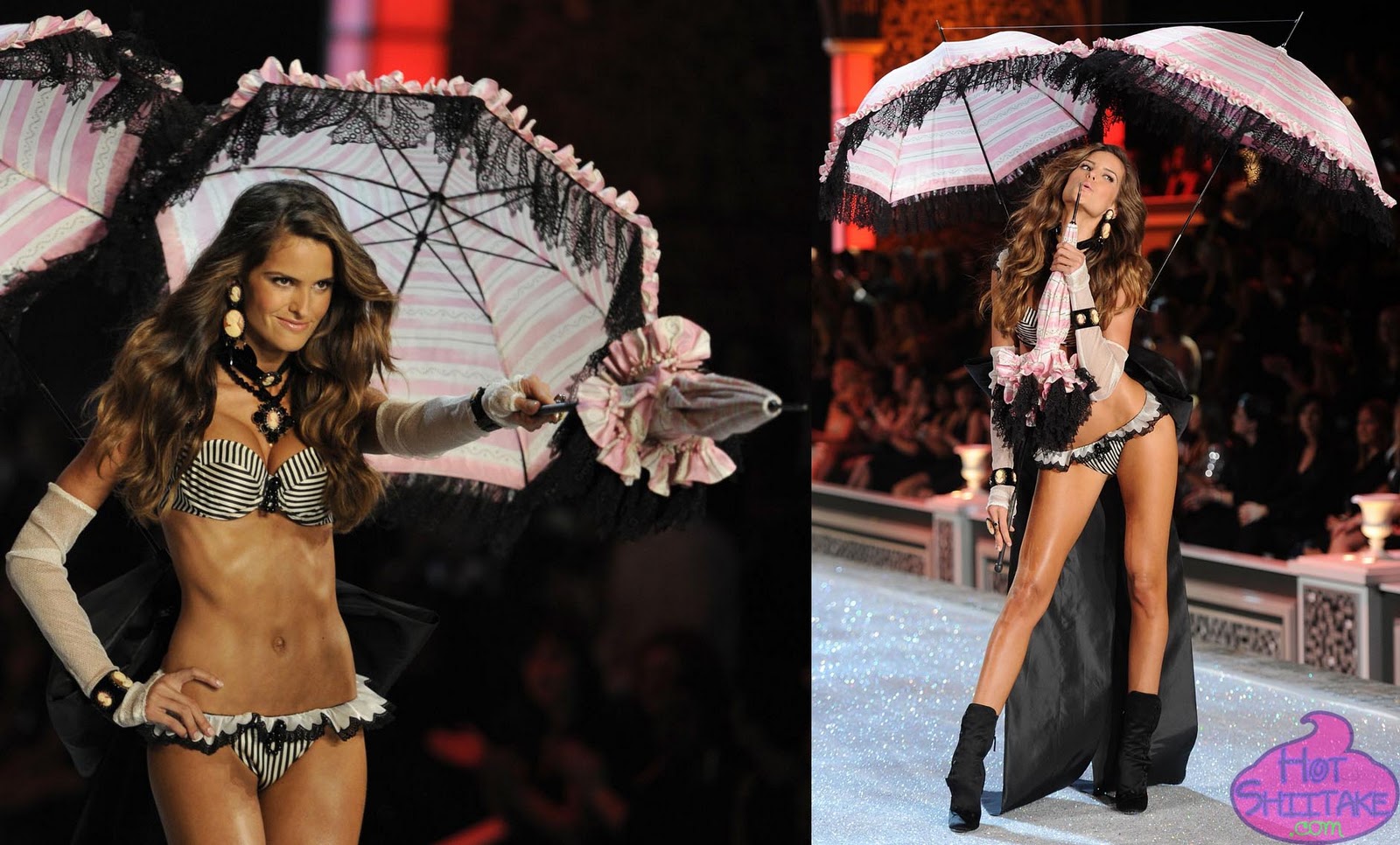 Izabel Goulart gets extra hotness points for strapping those umbrellas to her backside and lugging them up ‘n down the catwalk.

Although Adriana Lima has a mouth full of jacked up teeth, she is the hottest of all the Victoria’s Secret models. (With the exception of a longish-short period of time after she gave birth, in November 2009. She was looking way wiggedy-whack back then.) 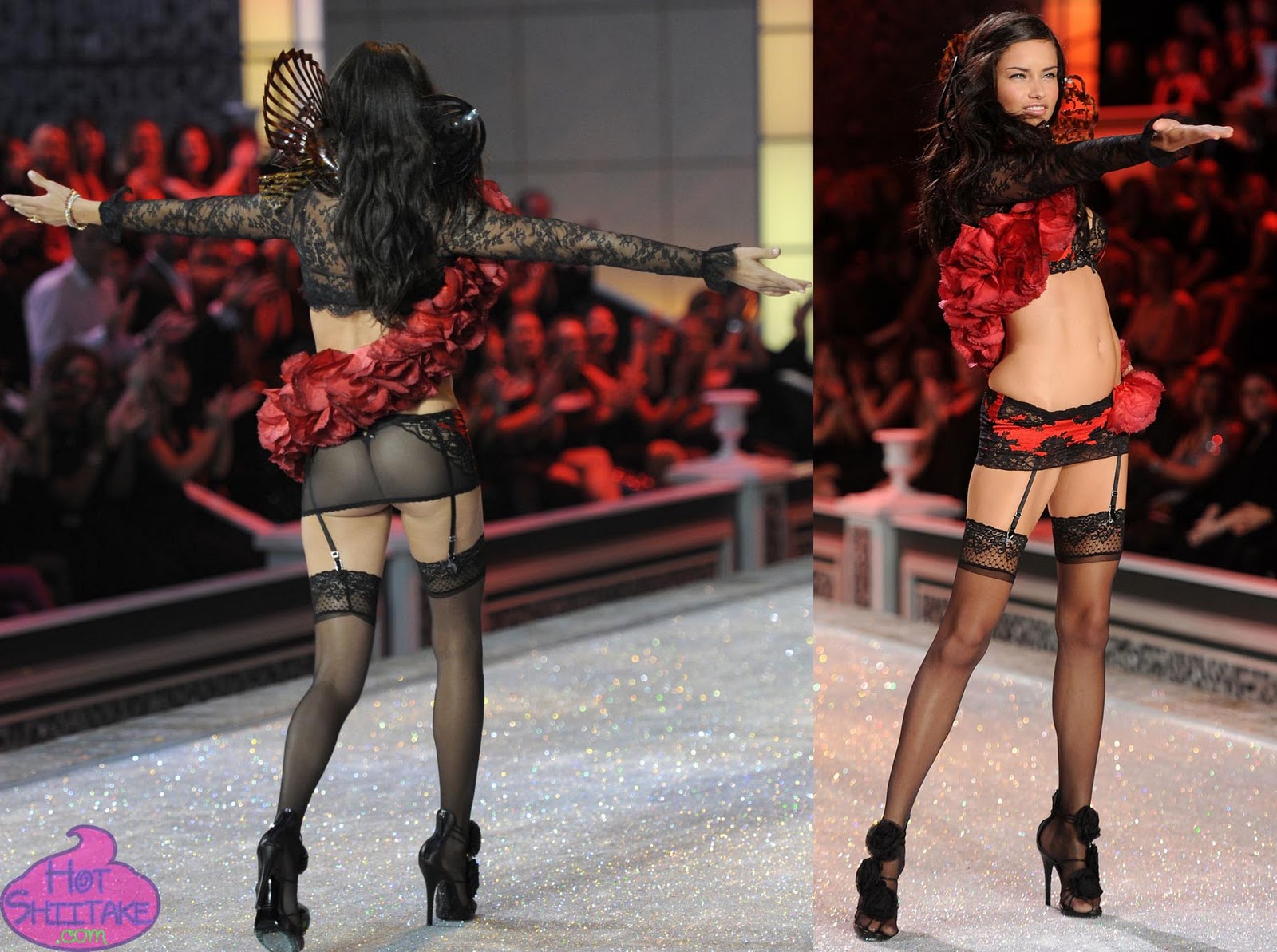 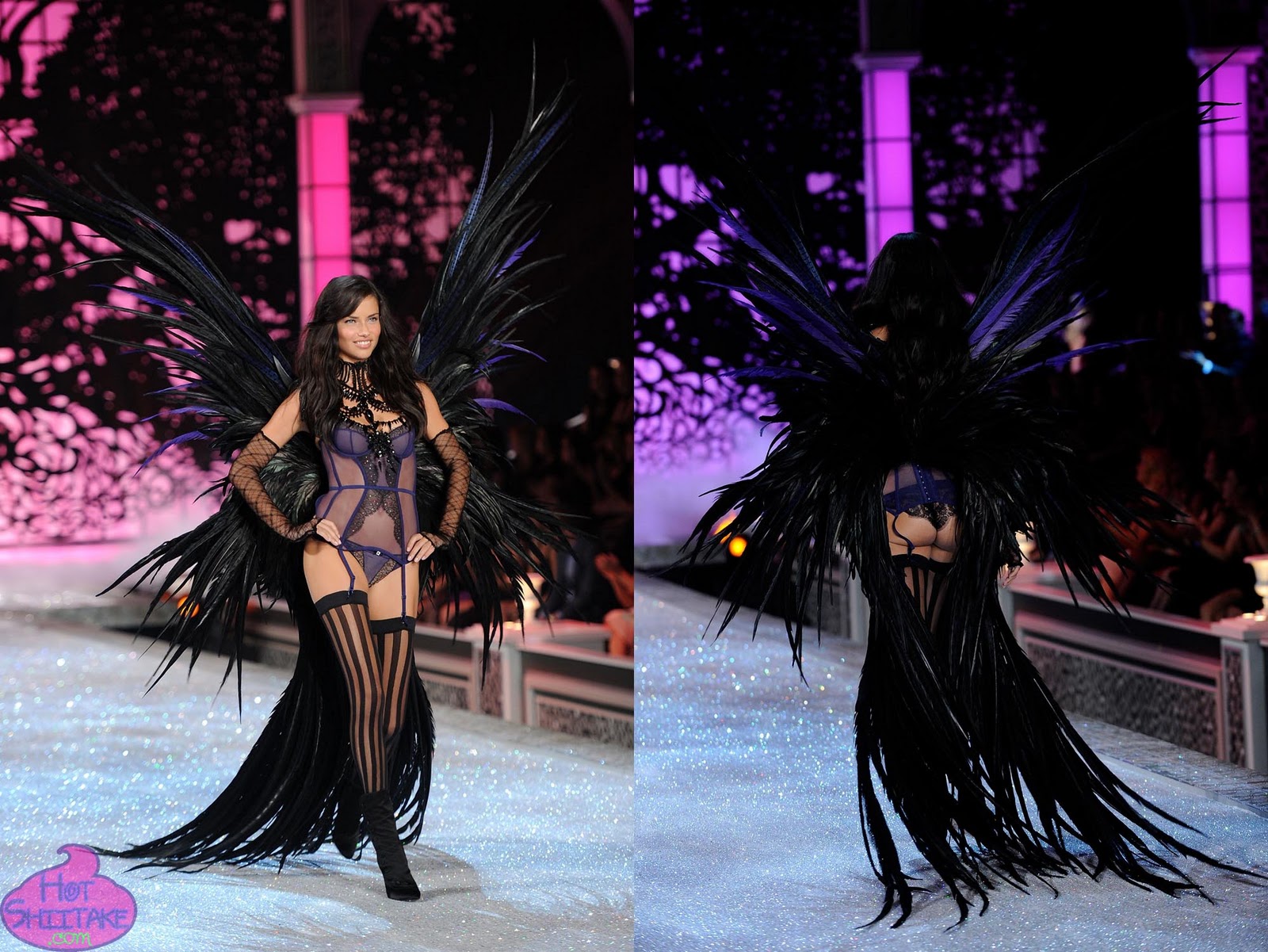 Remember when Jessica Alba was the Dark Angel? 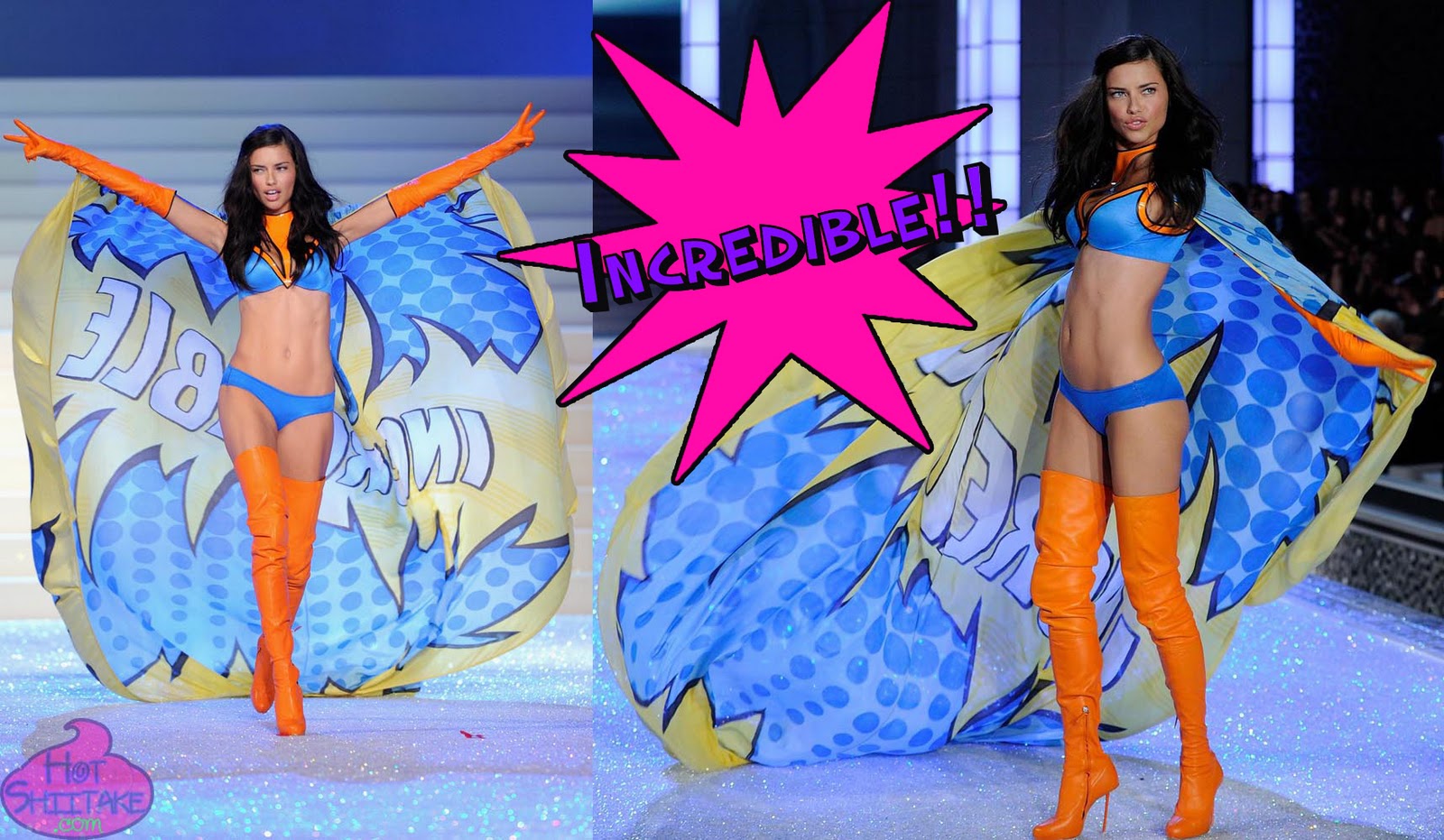 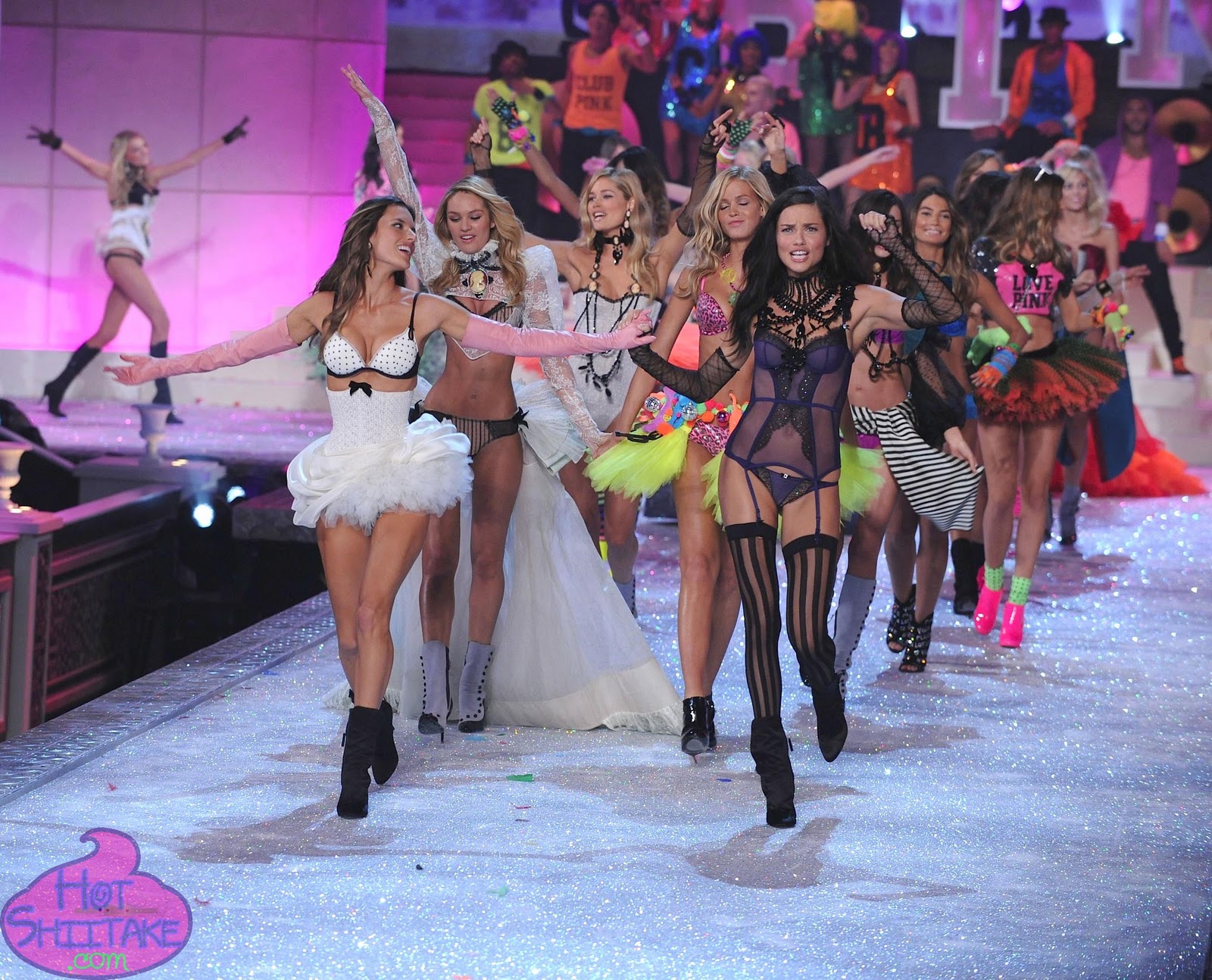 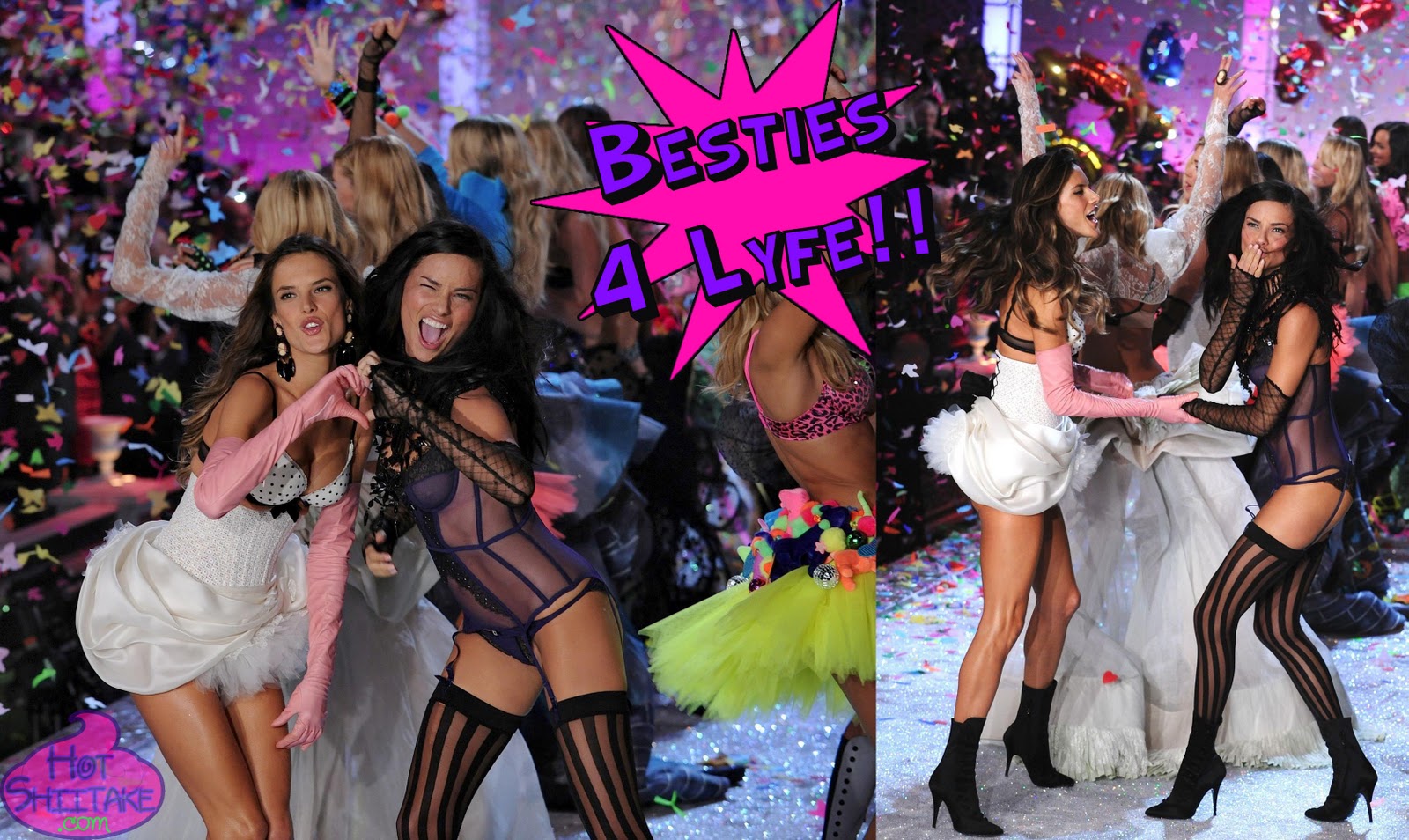 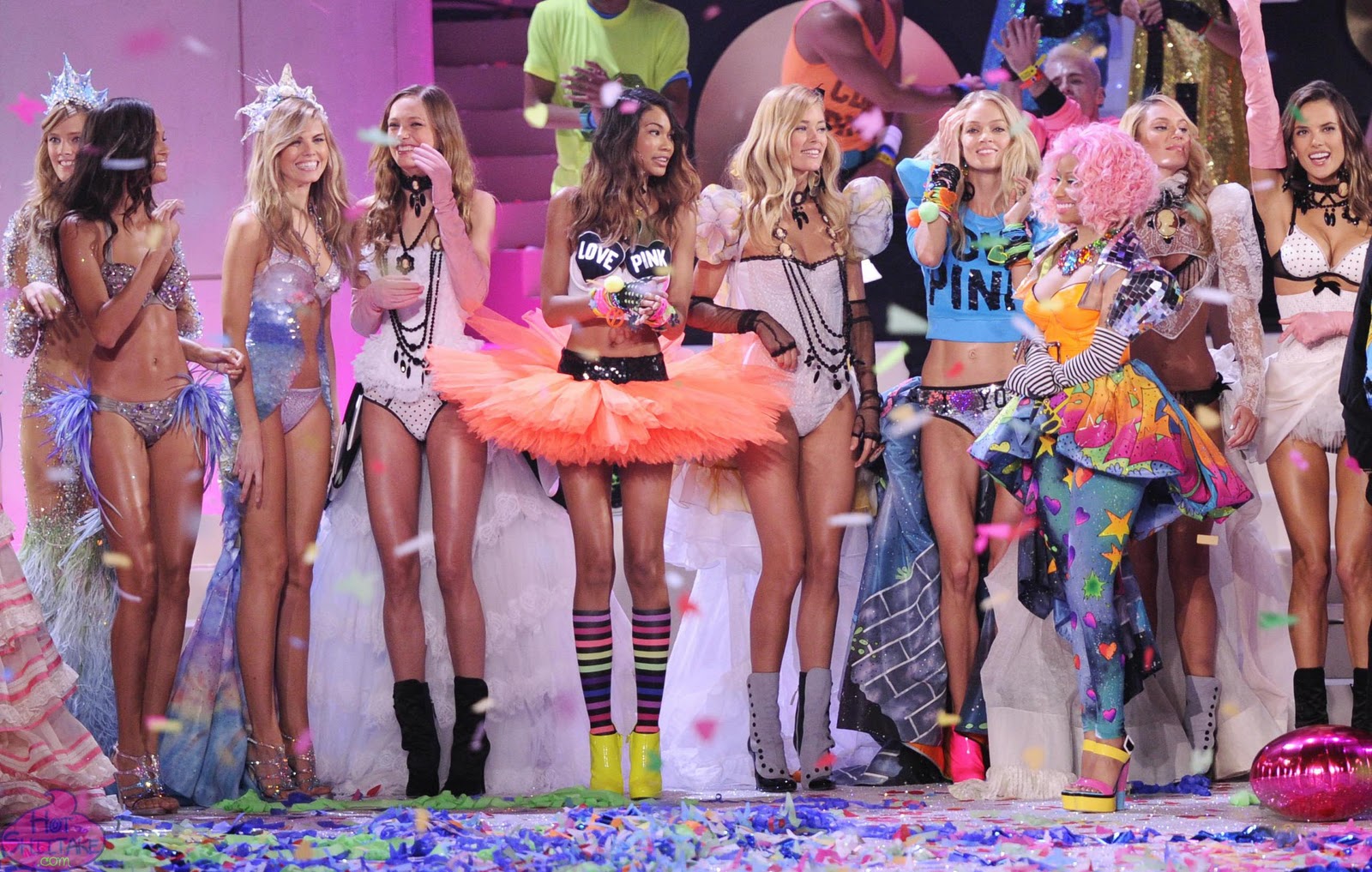 Next to all those stick figure Victoria’s Secret models, Nicki Minaj is probably wishing she didn’t have all that “cornbread in the guts”.

After looking at these pictures from the Victoria’s Secret Fashion Show, we should probably all rid our cupboards of every last carb. Fatties.

Soy is also an incognito fat-inducing betch. Better get rid of that, as well.

You can thank Hot Shiitake’s nutrition expert for the health tips later.

Now, let’s watch the Victoria’s Secret Fashion Show so we can feel even worse about our own bodies. Yay.