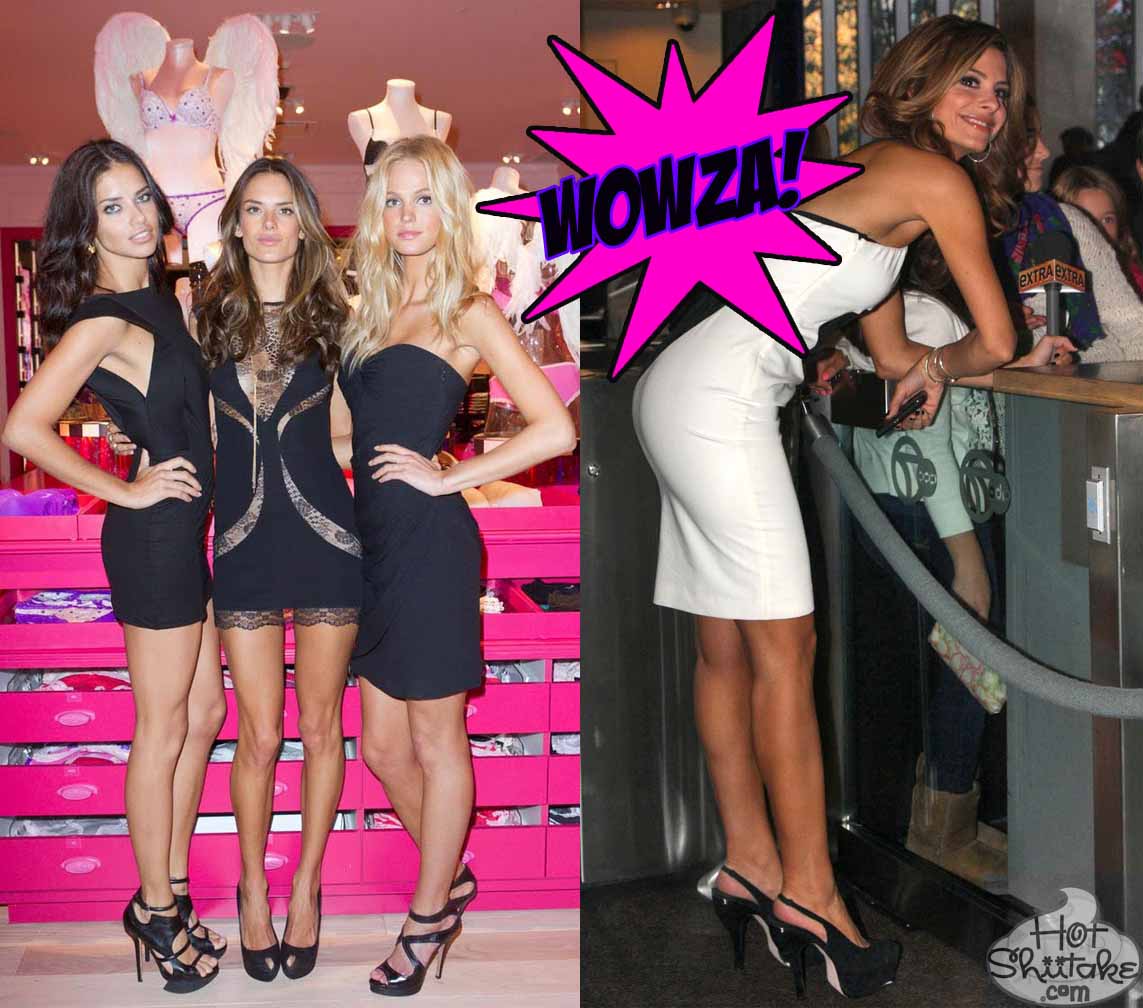 While it’s painful to say, this was an incredibly not-half-bad week in the hot celebrity pics department. What is this world coming to?!? We can probably place a large portion of blame upon the GQ Men of the Year Awards party. And those damn Victoria’s Secret Angels. And, surprisingly, the Twilight premiere.

Ugh, whatever, time for this week’s hot celebrity pics. Yay. 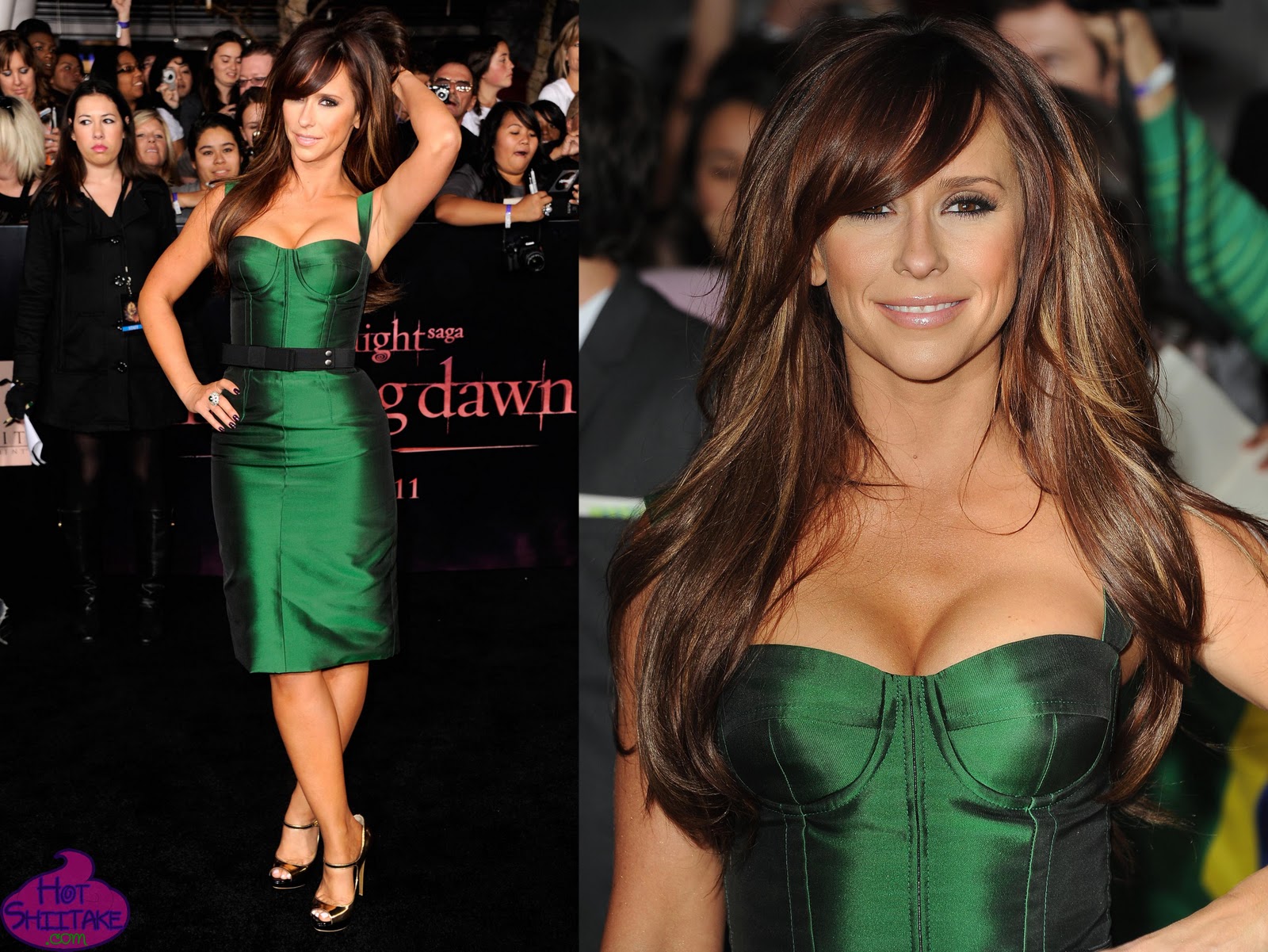 Jennifer Love Hewitt annoys the piss outta everyone, as she poses up a stupid storm at the Los Angeles premiere of The Twilight Saga: Breaking Dawn – Part 1 (November 14, 2011).

On second thought, considering the fact that everyone was there to see Twilight, there were likely much greater annoyances to be dealt with, such as watching the movie. 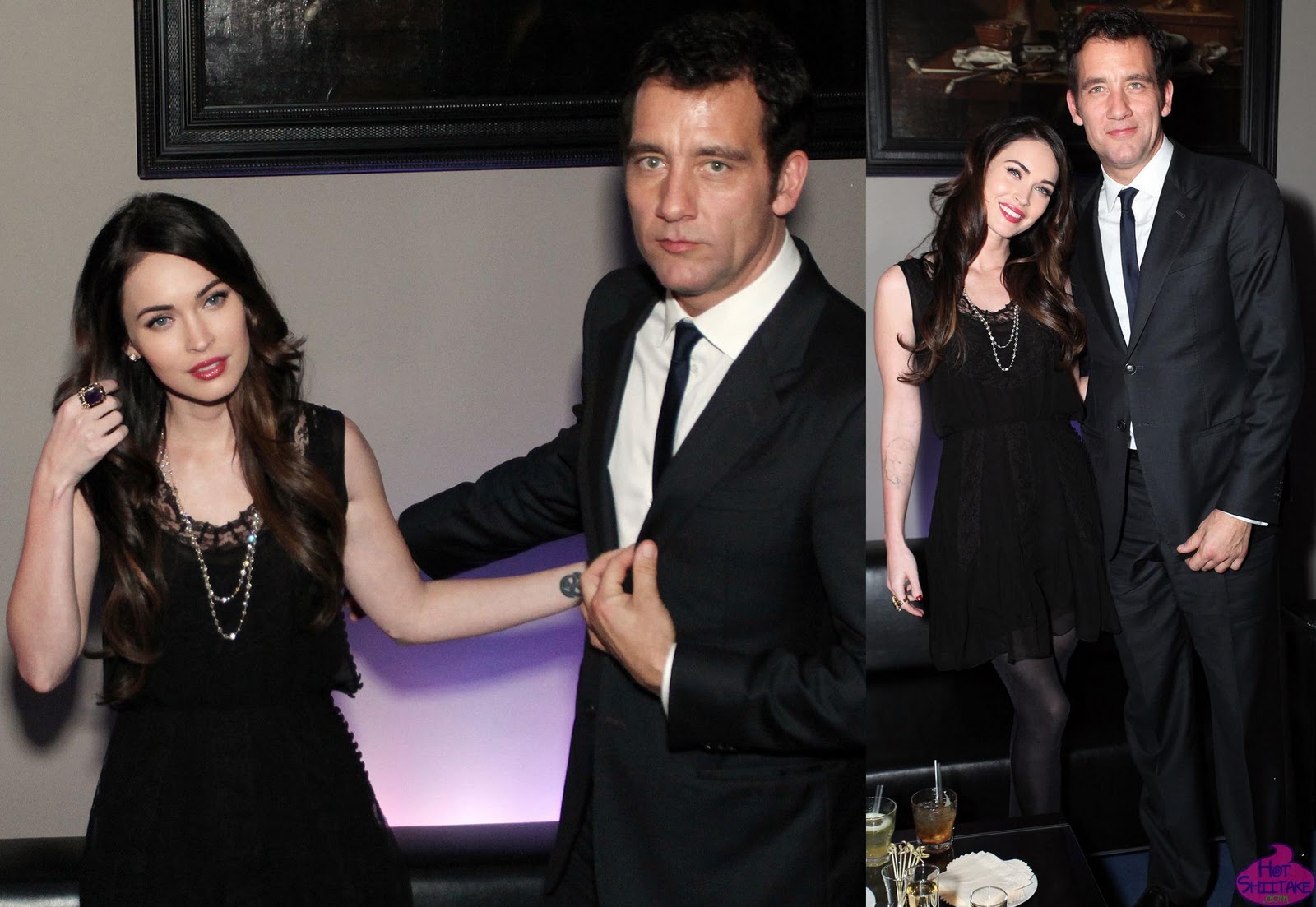 Megan Fox shows off her pretty face, razor-sharp knees, and high levels of self-absorbedness, as she plays with her hair at some dumb Telephone Vertu launch party thing, in Moscow, Russia… with Clive Owen. (November 15, 2011)

(A Few Of) The Victoria’s Secret Angels 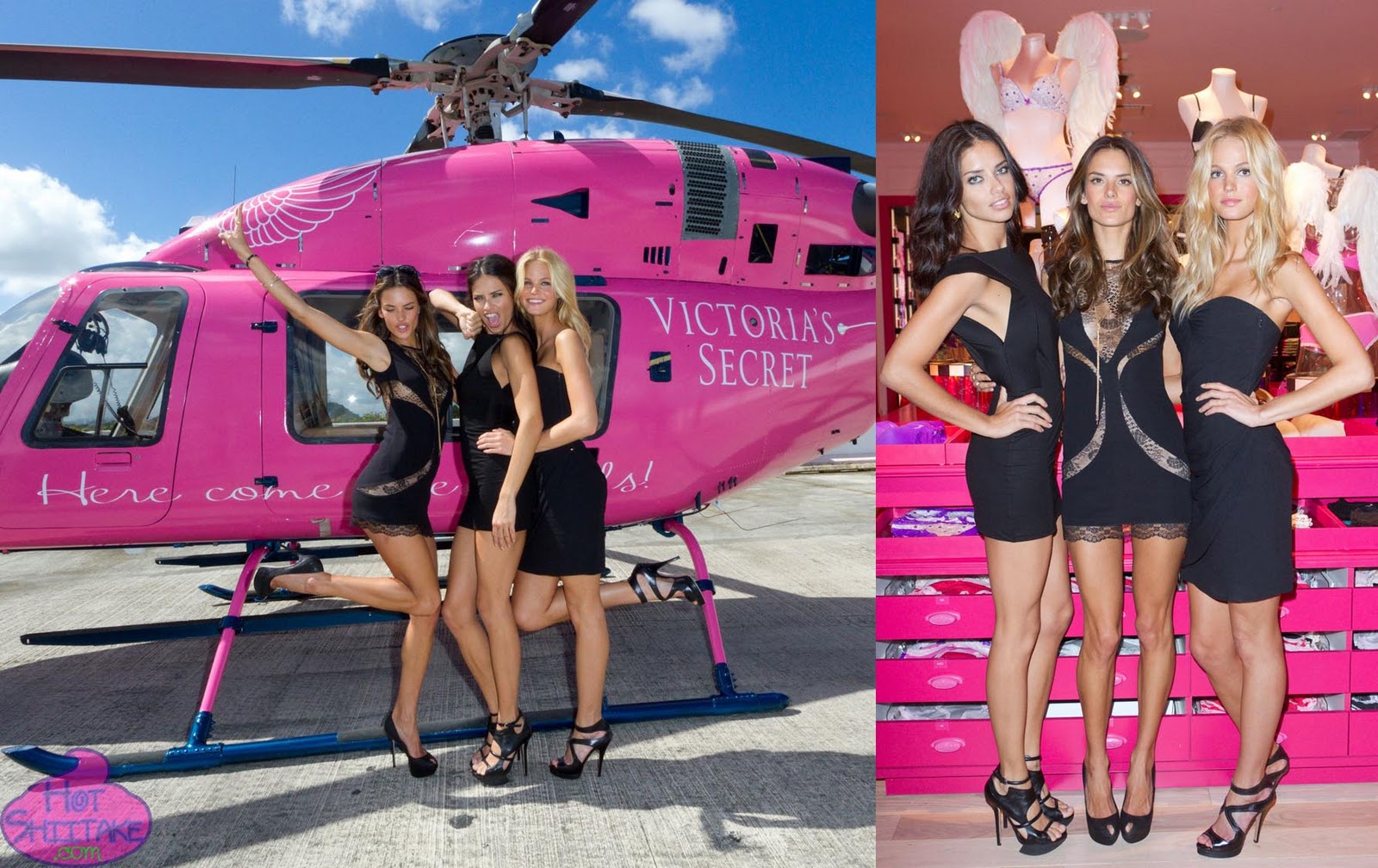 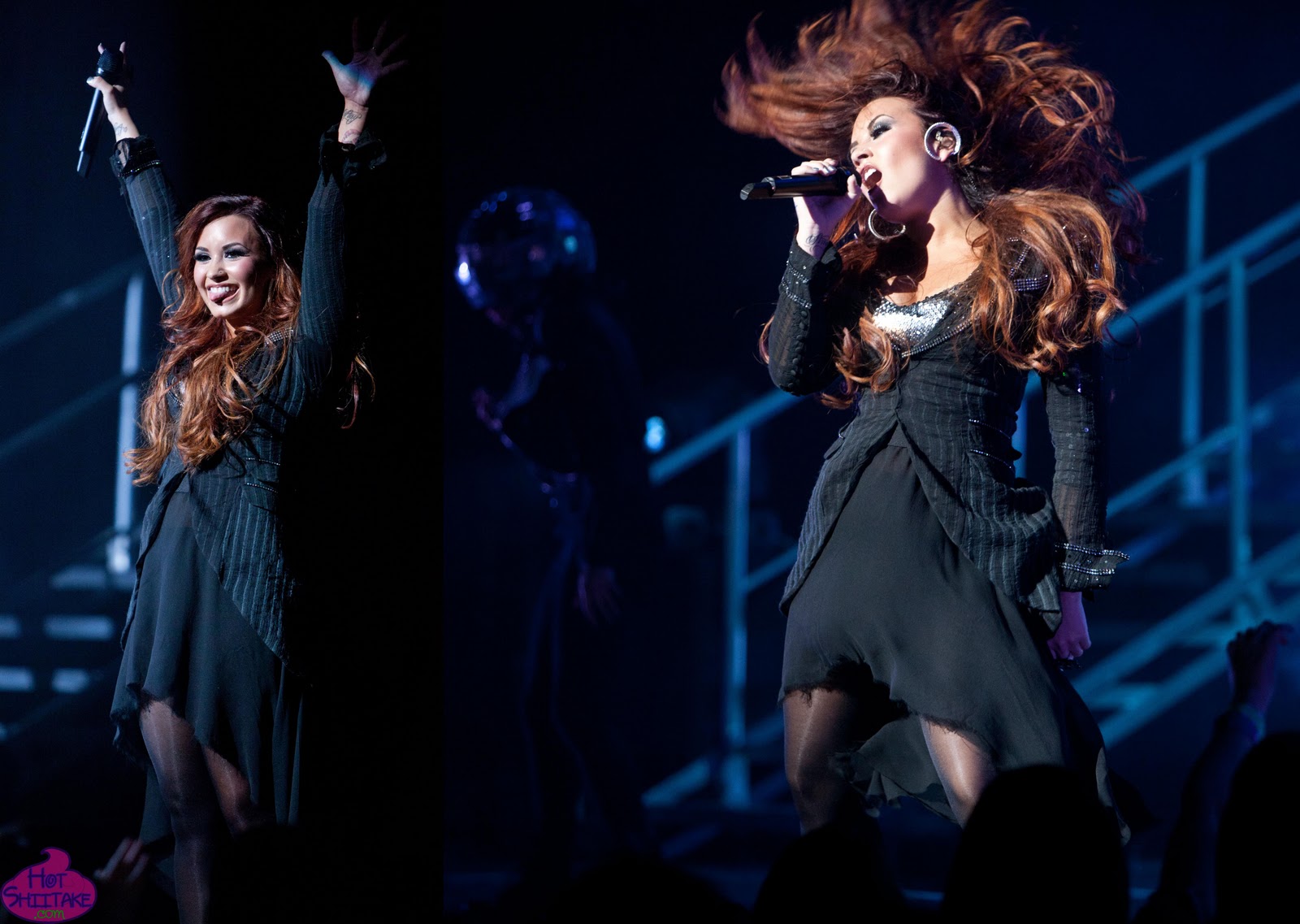 Demi Lovato whips her hair back ‘n forth at a performance at the Fox Theatre, in Detroit, Mich. (November 16, 2011) 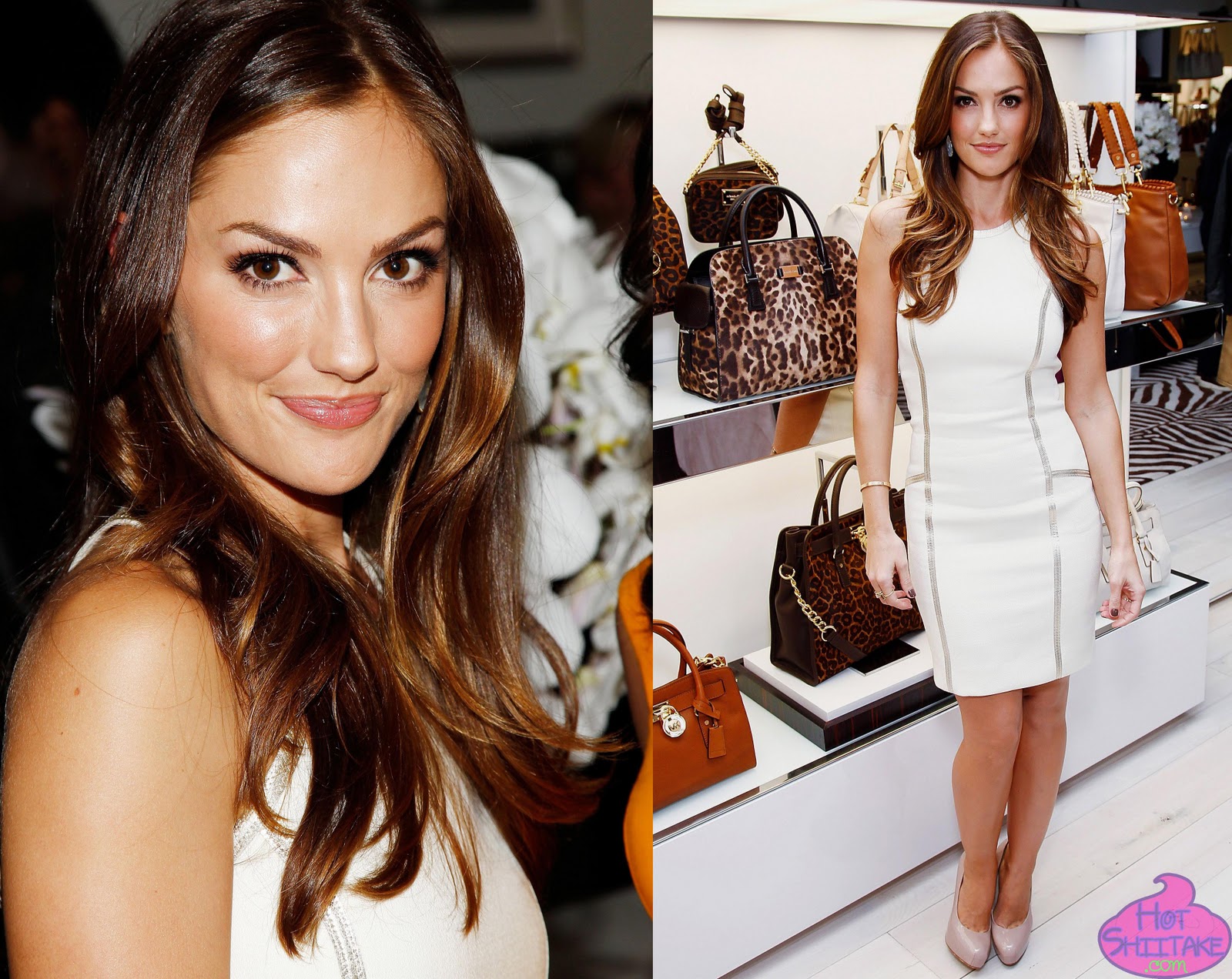 Minka Kelly poses for the “scads” of photogs that showed up for the extremely-exciting opening of the Michael Kors Lifestyle Store in Los Angeles. (November 16, 2011)

Don’t care about all that jazz? You’re not alone, my friend. But here’s something fun: The Michael Kors Spring 2012 collection was described as “hillbillies on safari,” by some snooty writer for the New York Times (who doesn’t know anything about comma usage, but was still a little bit funny and spot-on with the hillbillies comment). And who doesn’t love that? 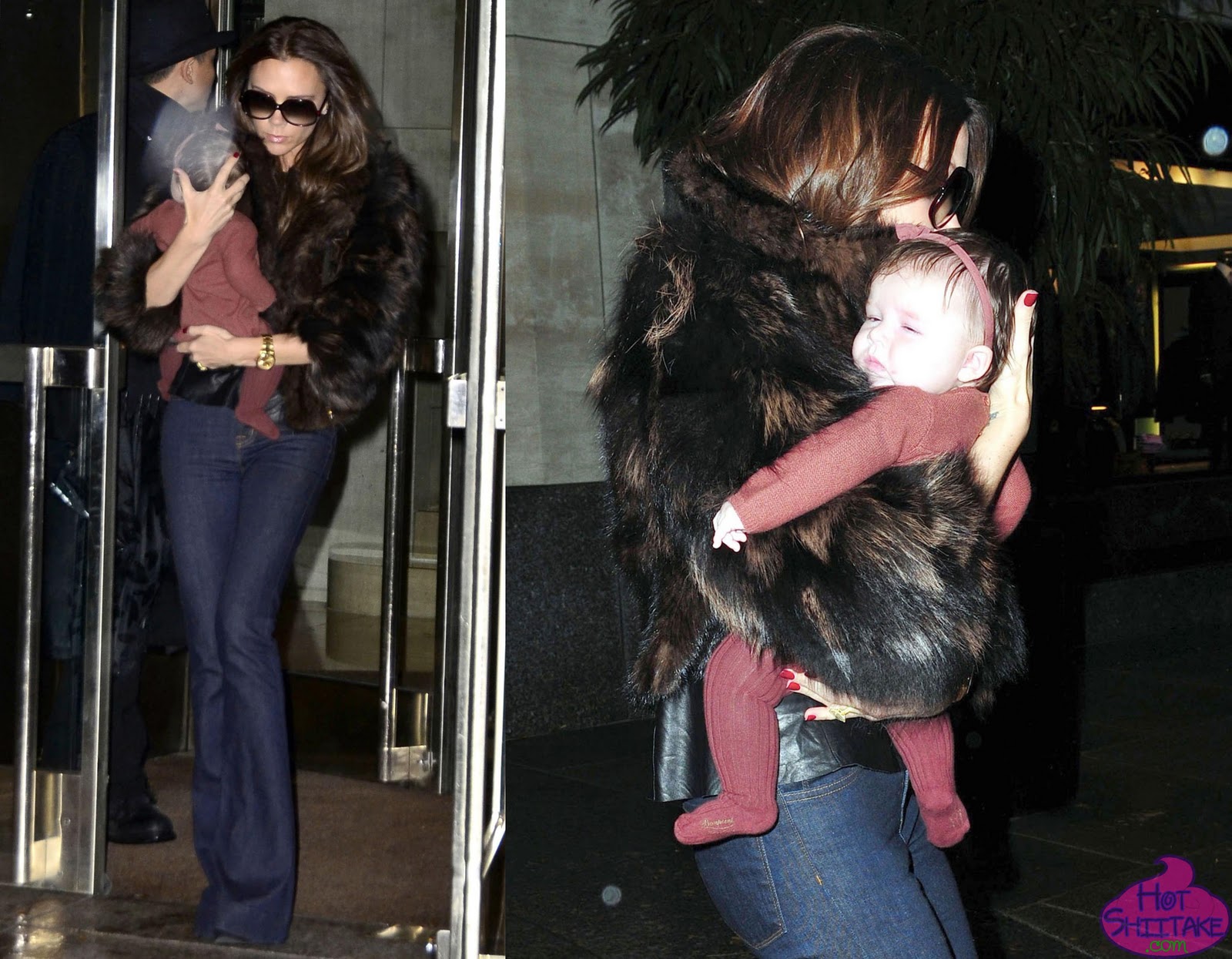 (All the experts would agree, there is a ghost on baby Harper’s head. Danger lurks everywhere.) 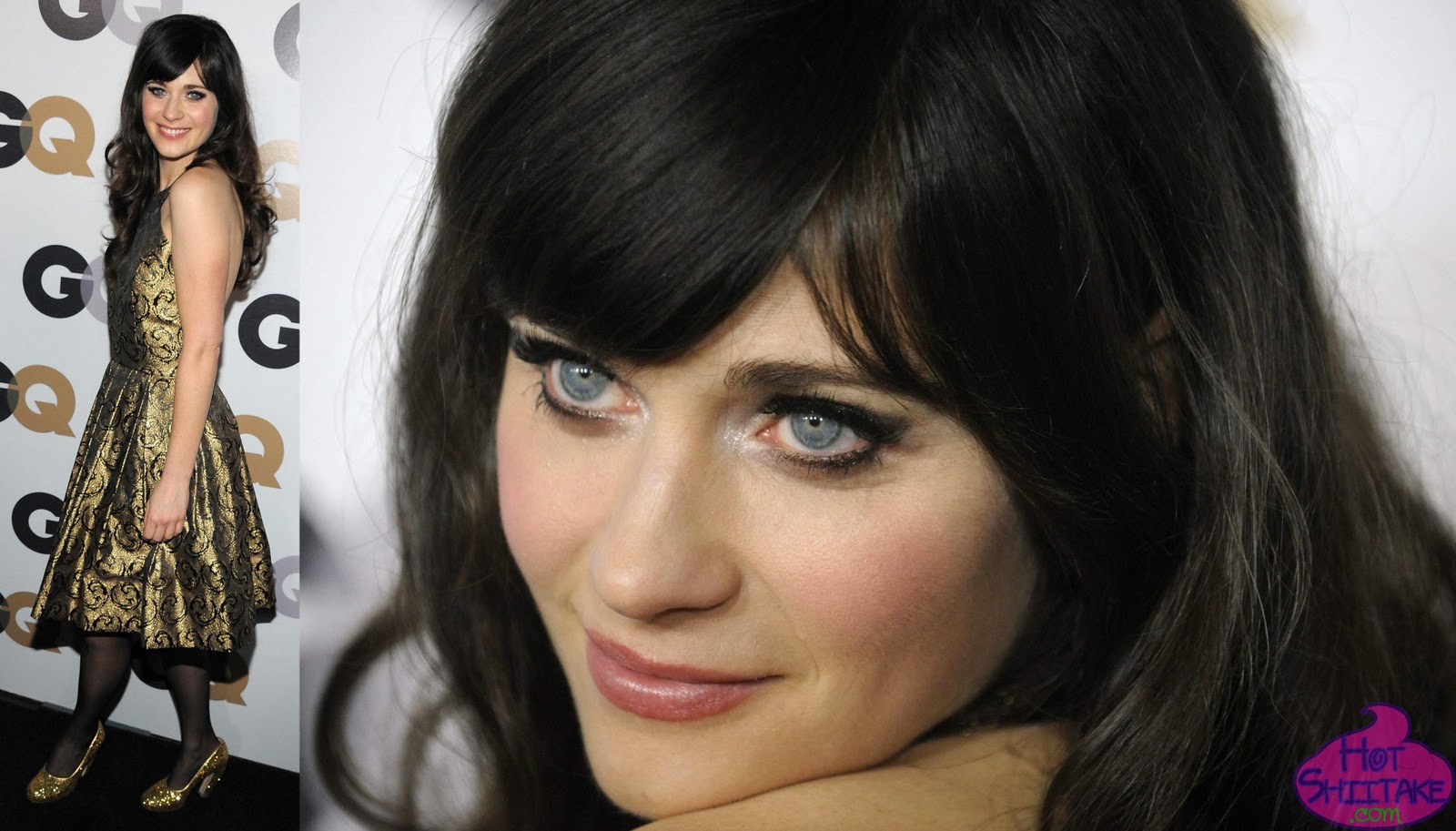 While the sparkly clodhoppers on the feet of Zooey Deschanel look undoubtedly dumb-as-hell, Zooey herself doesn’t look half bad, especially in and around the eyes and face. Nicole Scherzinger shows off her hot bod and ta-tas in a tight, black leather dress, at the GQ Men of the Year Awards party in Los Angeles. (November 17, 2011) 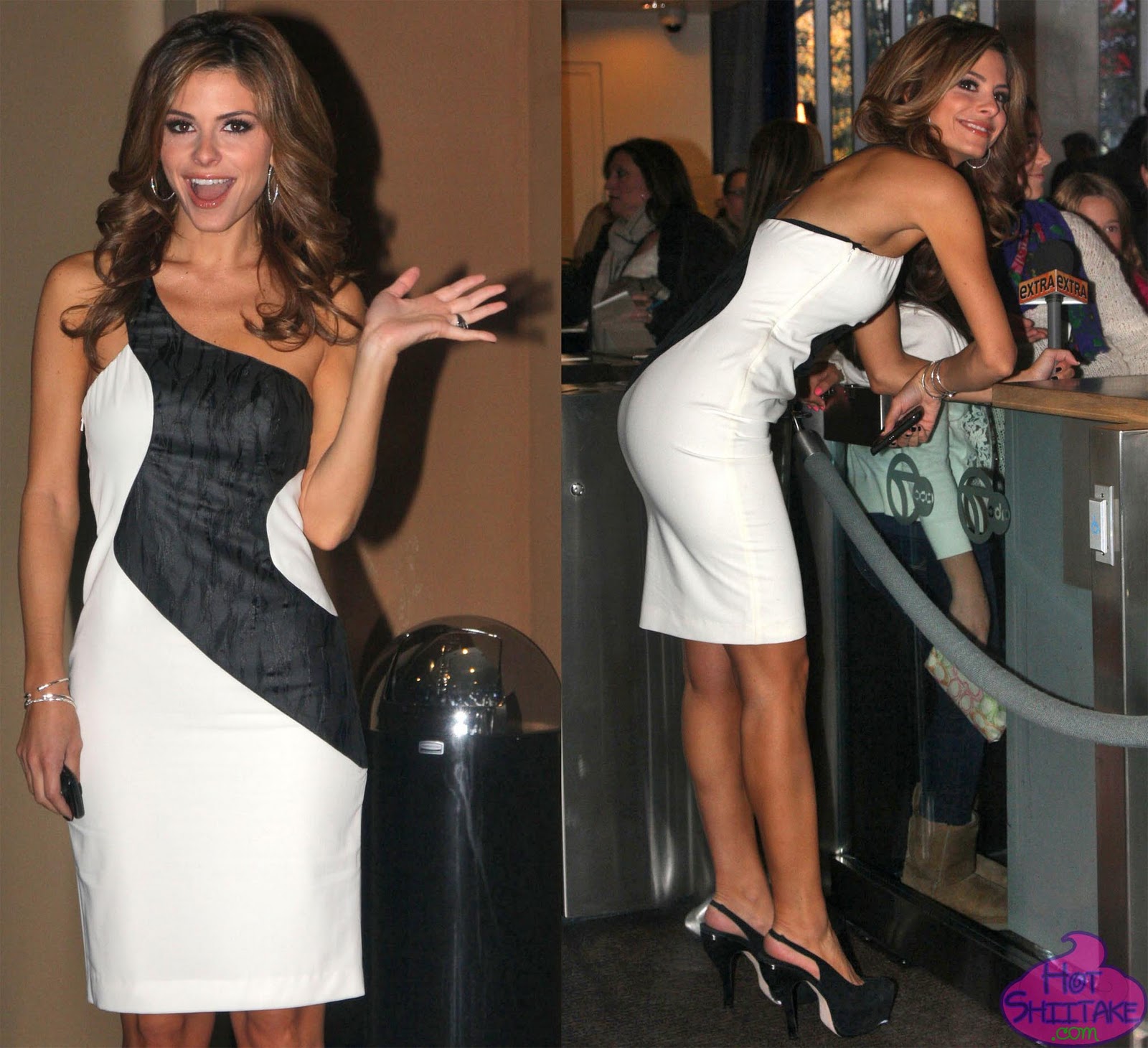 Yeah, gurrrl. Werk it out.

Maria Menounos shows off some of the skills she likely learned while performing with the Pussycat Dolls, at the farewell episode of Live! With Regis and Kelly. (November 18, 2011)

Let’s try not to look too closely at her face, though. It’s kinda scary, up close. 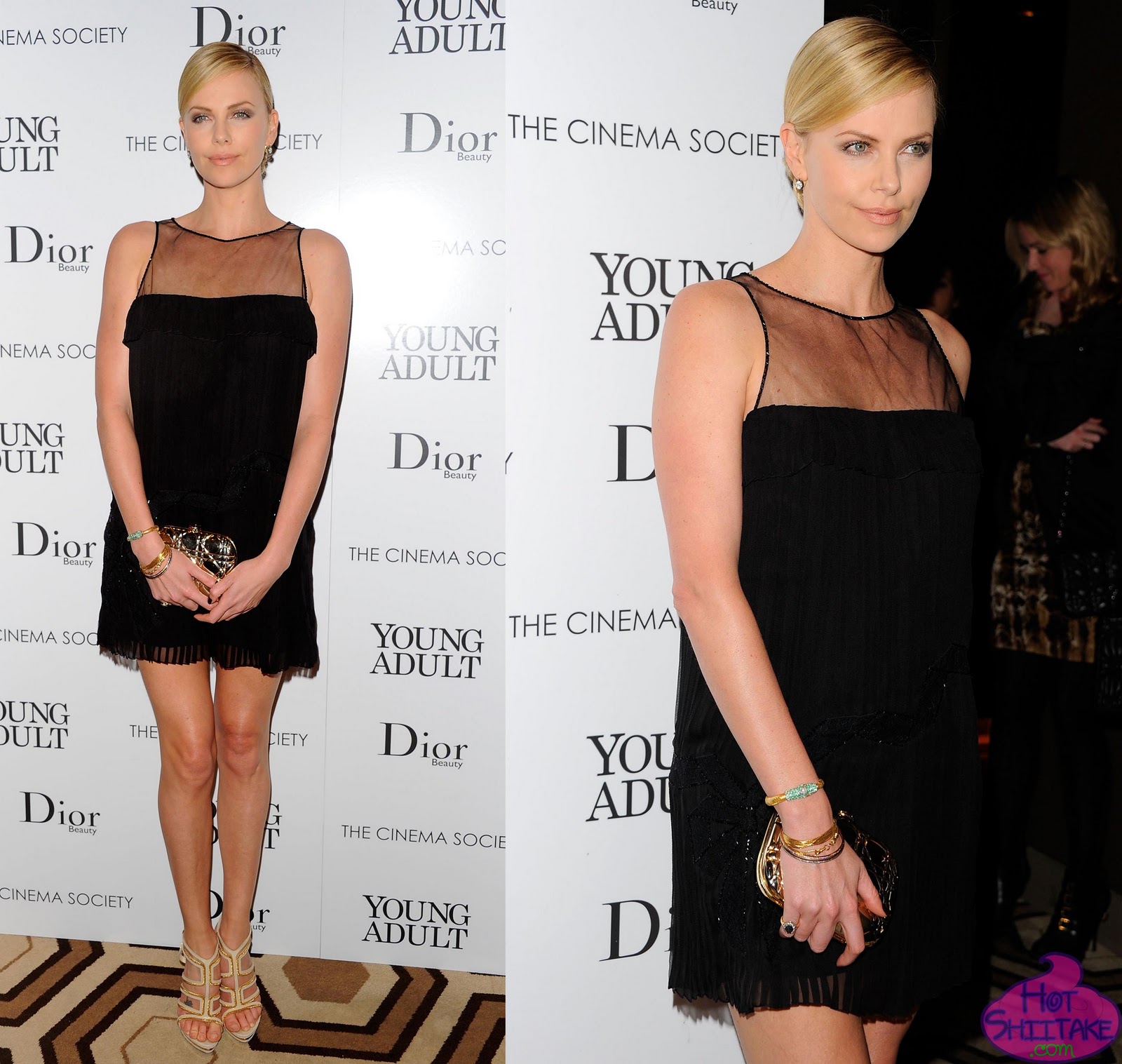 Charlize Theron sports a super-cutez little black shift dress, with an illusion neckline, and nude, strappy heels (but does anyone really give a crap about what she wore?) to a screening of her new film, Young Adult, in New York City. (November 18, 2011) 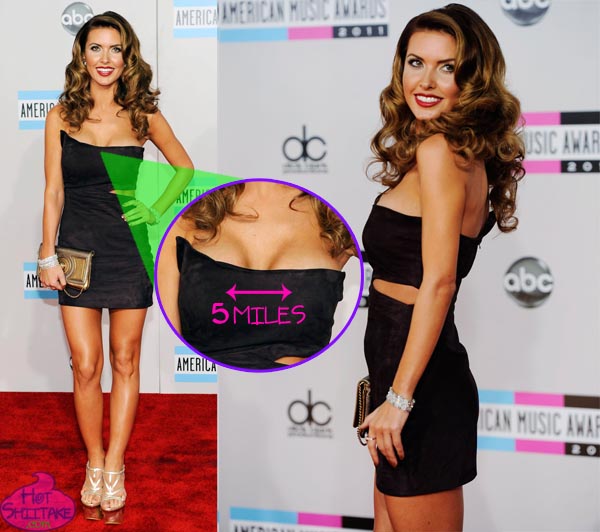 Minus the incredibly wide chasm separating her boobies, Audrina Patridge has a pretty hot bod. It’s too bad her eyes have that whole touch-of-downs-droopy-corner thing going on.

Audrina Patridge poses on the red carpet at the 2011 American Music Awards in Los Angeles. (November 20, 2011)