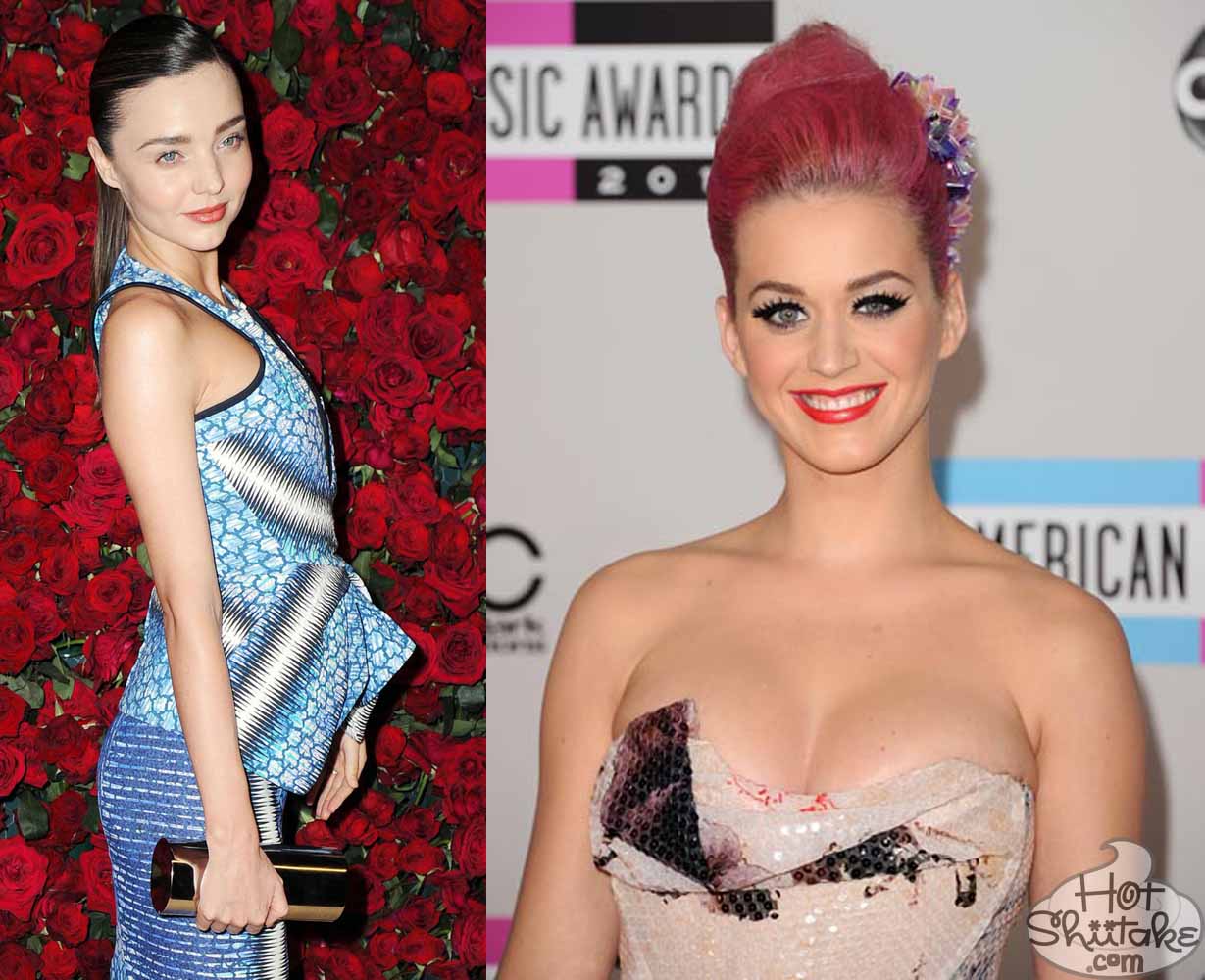 Our world has many flaws, but the greatest crisis facing our modern world involves the hordes and hordes of ugly celebrities people think are hot. Hot Shiitake’s omniscient hotness expert is here to show you idiots the light. You’re welcome. 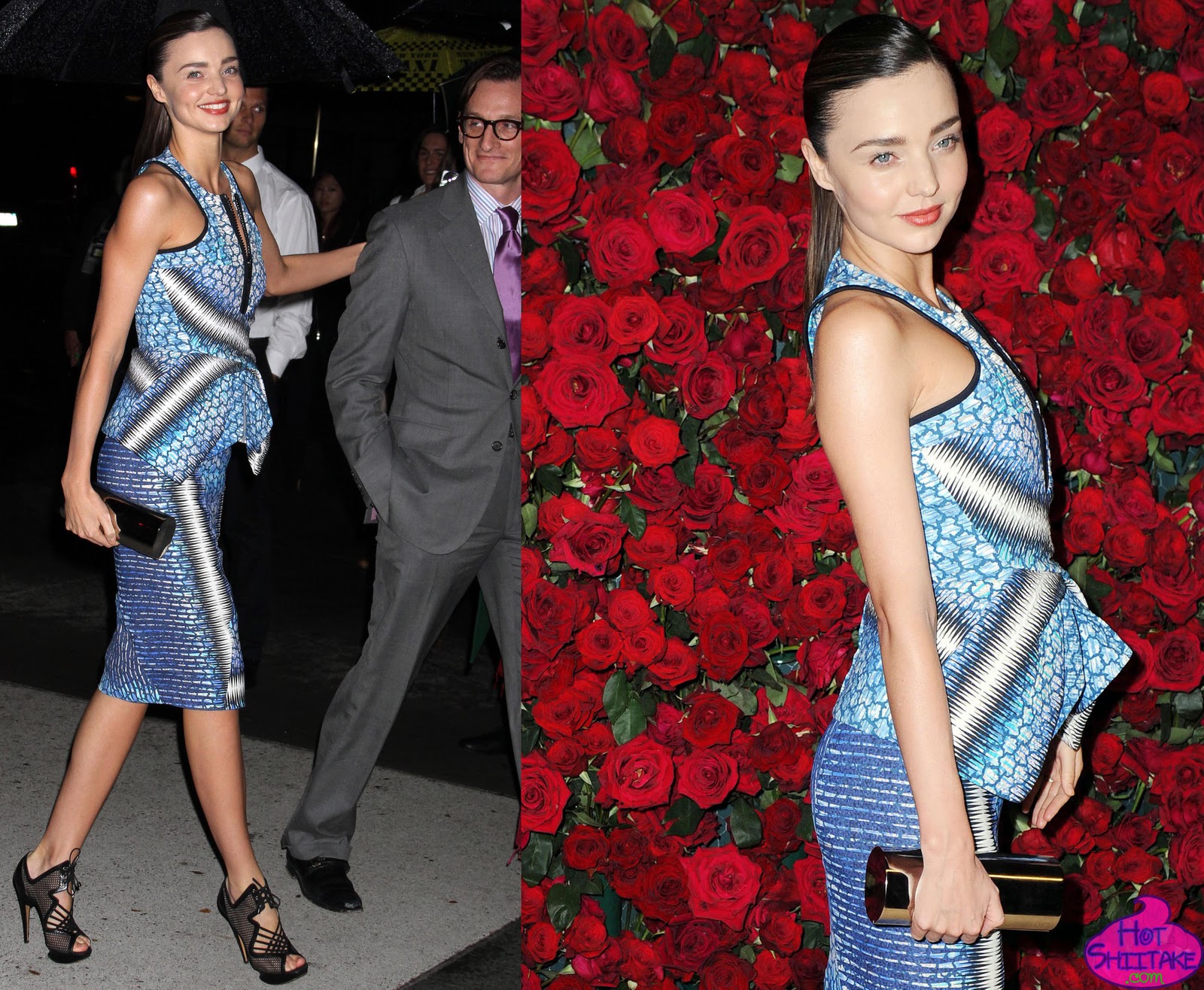 Miranda Kerr looks all chipmunk-cheeked (FYI: that’s a sign of bulimia … and/or wisdom teeth removal) at the Museum of Modern Art’s fourth annual Film Benefit in New York City; which, this year, honored Pedro Almodovar. A terribly dull load of information that nobody gives a crap about. (November 15, 2011) 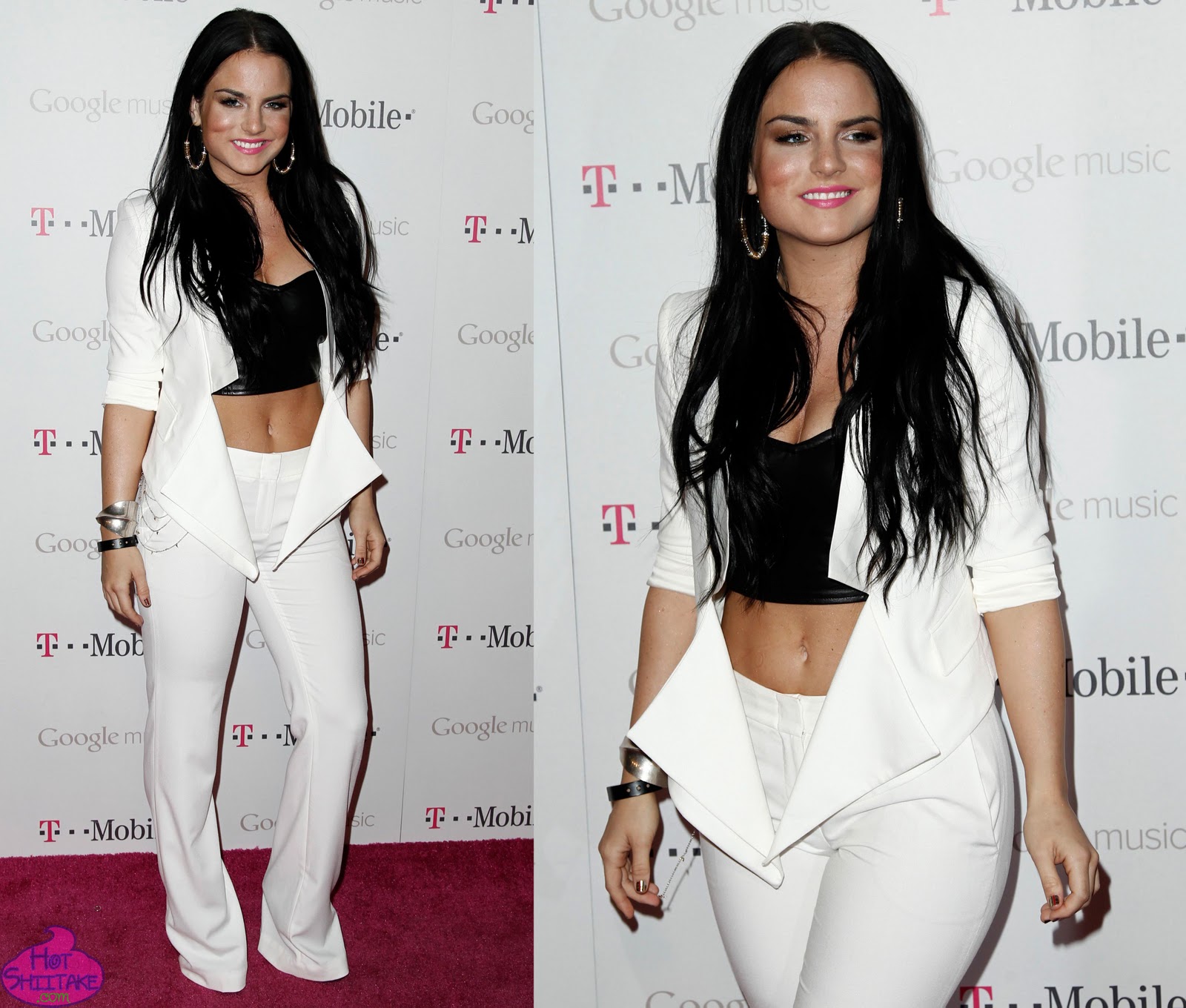 JoJo Levesque’s face looks all dirty ‘n stuff, which is, perhaps, the least of her worries, as she is also sporting some weird bib-like thingy, at her parade your midriff at every chance in a desperate attempt to regain your 13-year-old fame tour appearance at the Google Music launch party in Los Angeles. (November 16, 2011) 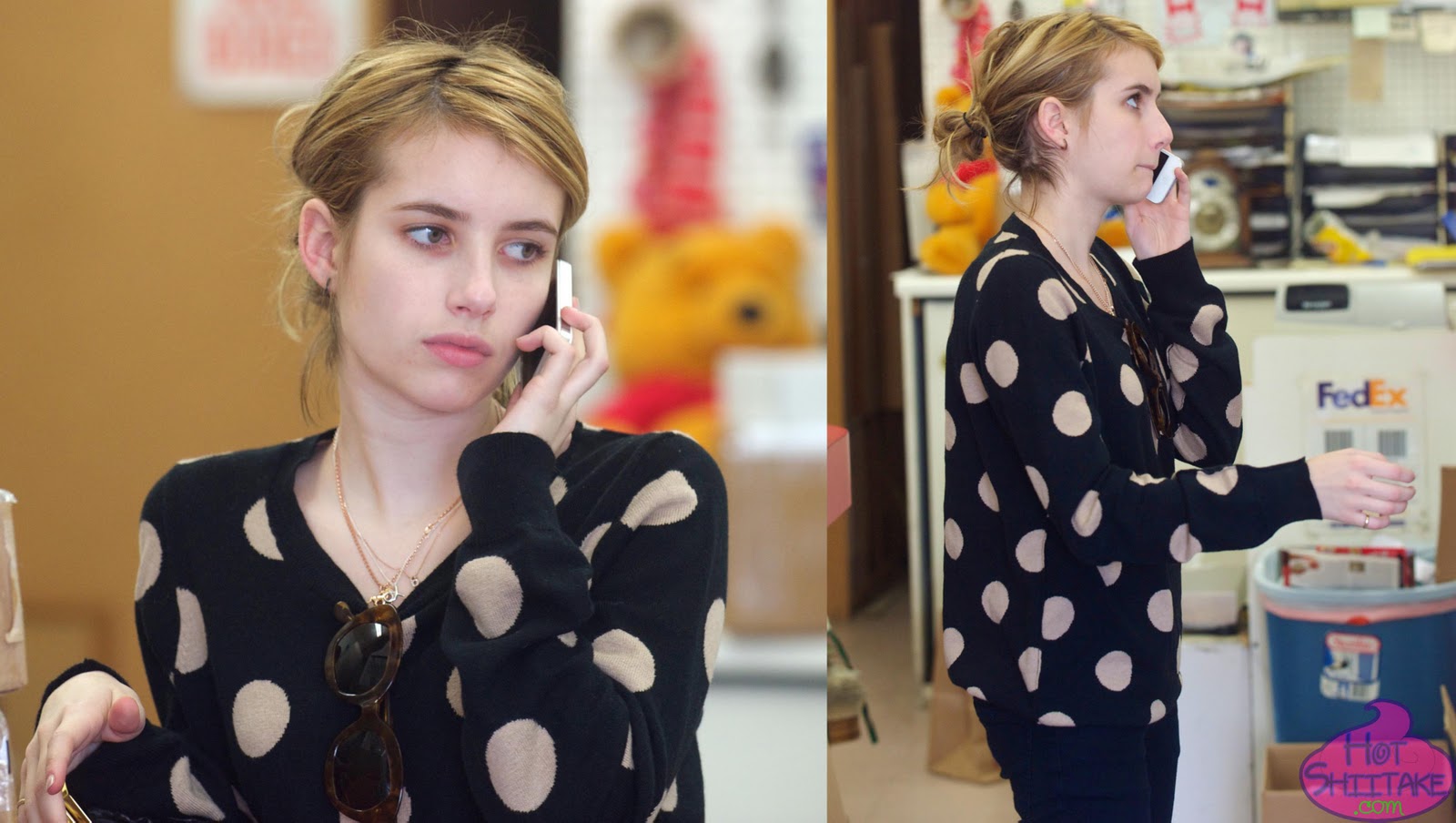 For someone who’s (inexplicably) photographed on a somewhat regular basis, one would think Emma Roberts might have taken a loot at one of these photos and noticed how horrendously heinous her blonde hair is. But, then again, she is related to Julia Roberts. I think we all remember Julia Roberts.

Emma Roberts, “out ‘n about” doing peasant-like errands, because nobody wants to hire her stupid face and hair for anything. (November 17, 2011)

Well, actually, while we’re here, why don’t we go ahead and take a look at Snooki’s boobs:

Take note, fashionistas: all of the classiest, most fashionable celebrities wear lumpy lace bras under tight dresses. You would do well to follow suit. 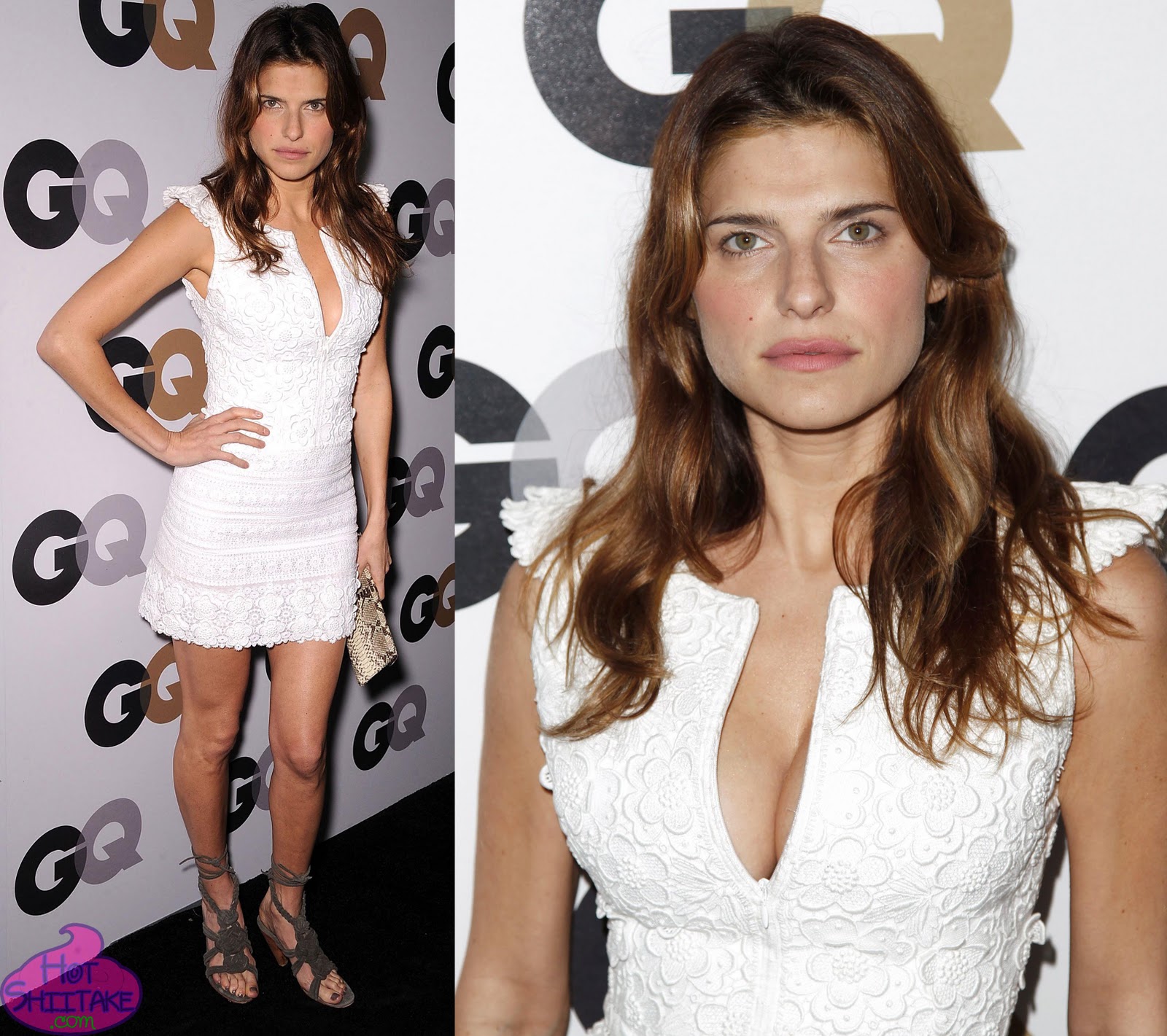 Jennifer Love Hewitt looks cranky as hell, and points menacingly at the photographers (as, strangely, she does quite often), as she runs errands in Studio City. (November 18, 2011)

Jennifer Love Hewitt sometimes looks half decent, and also made an appearance in this week’s issure of Week in Not Half Bad. You go, J.Love; you go!

Natasha Bedingfield and a Dying Horse

Natasha Bedingfield attends some event benefiting the Hopefield Animal Sanctuary – could any event be more perfect? Let us all raise our voices in praise to God the father, who gives us these little gifts, as if to say, “Don’t kill yourself. You’re gonna get through another day, and here’s a little something to help.” (November 19, 2011)

On the whole Katy Perry doesn’t look completely disgusting here, which is more than we can say for a former Katy Perry appearance in The Week in Ugly.

Well, that’s all for this week’s pics of ugly celebrities people think are hot … Byeeee!