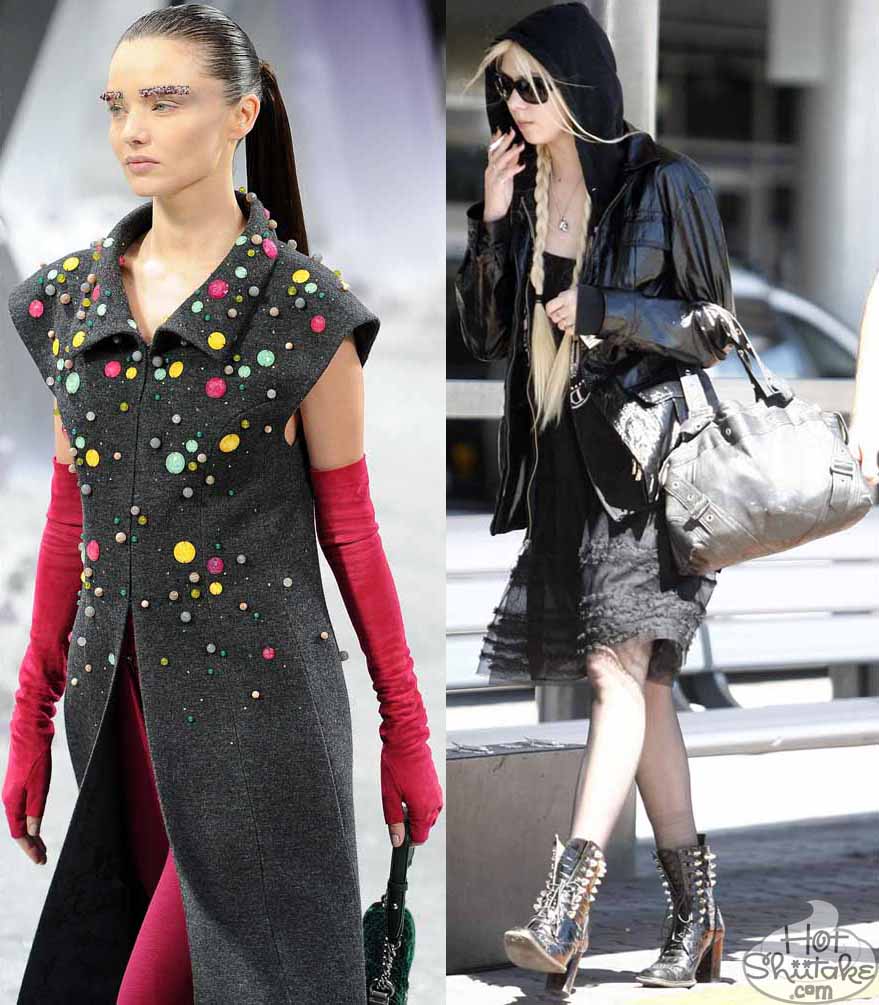 Hot Shiitake’s omniscient hotness expert has been placed on this wretched earth to shine the bright, blinding spotlight of truth upon all of the ugly celebrities people think are hot, while shouting from atop a mighty mountain, “Hey, world, not so hot now, are they?”. Yeah, not so hot. 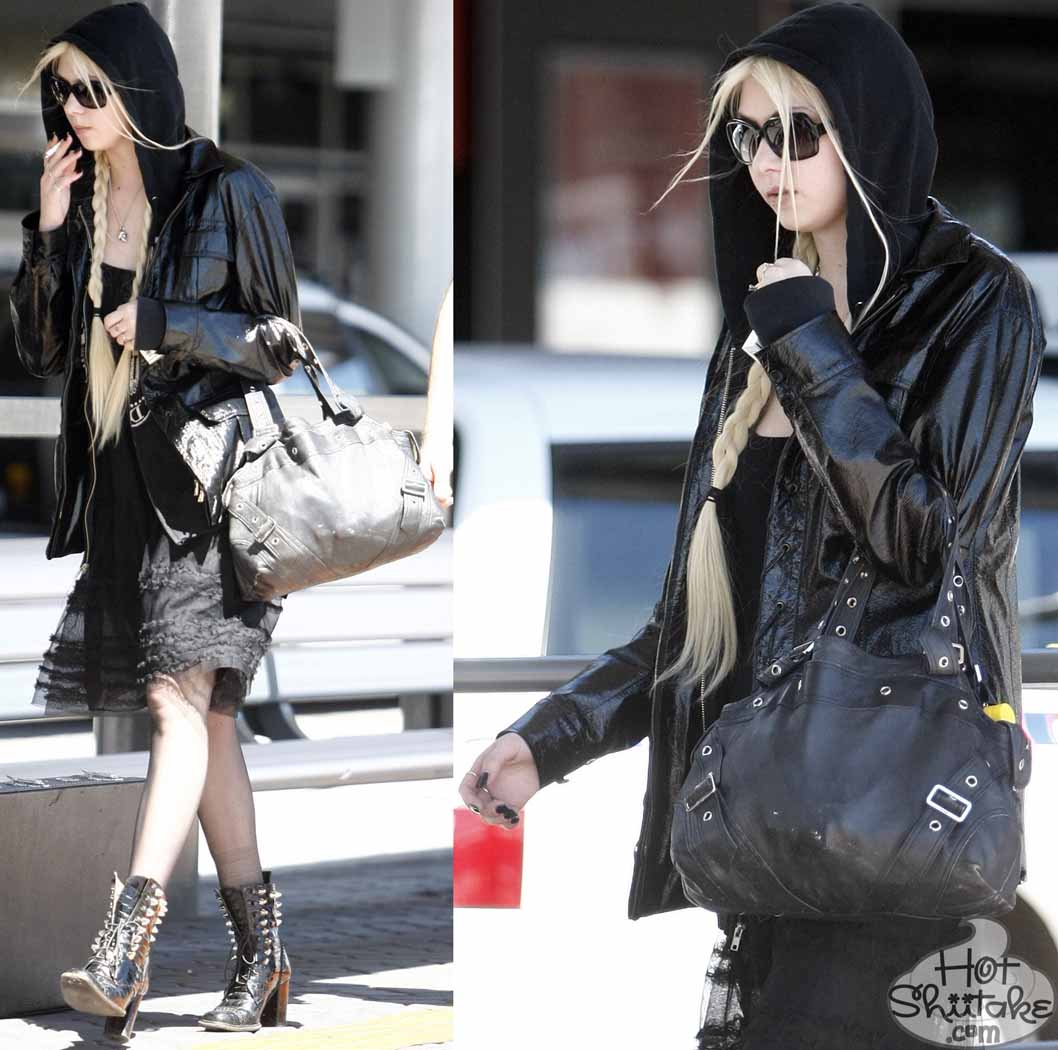 Taylor Momsen parades her grotesque self around Perth Airport in Australia. (March 4, 2012) 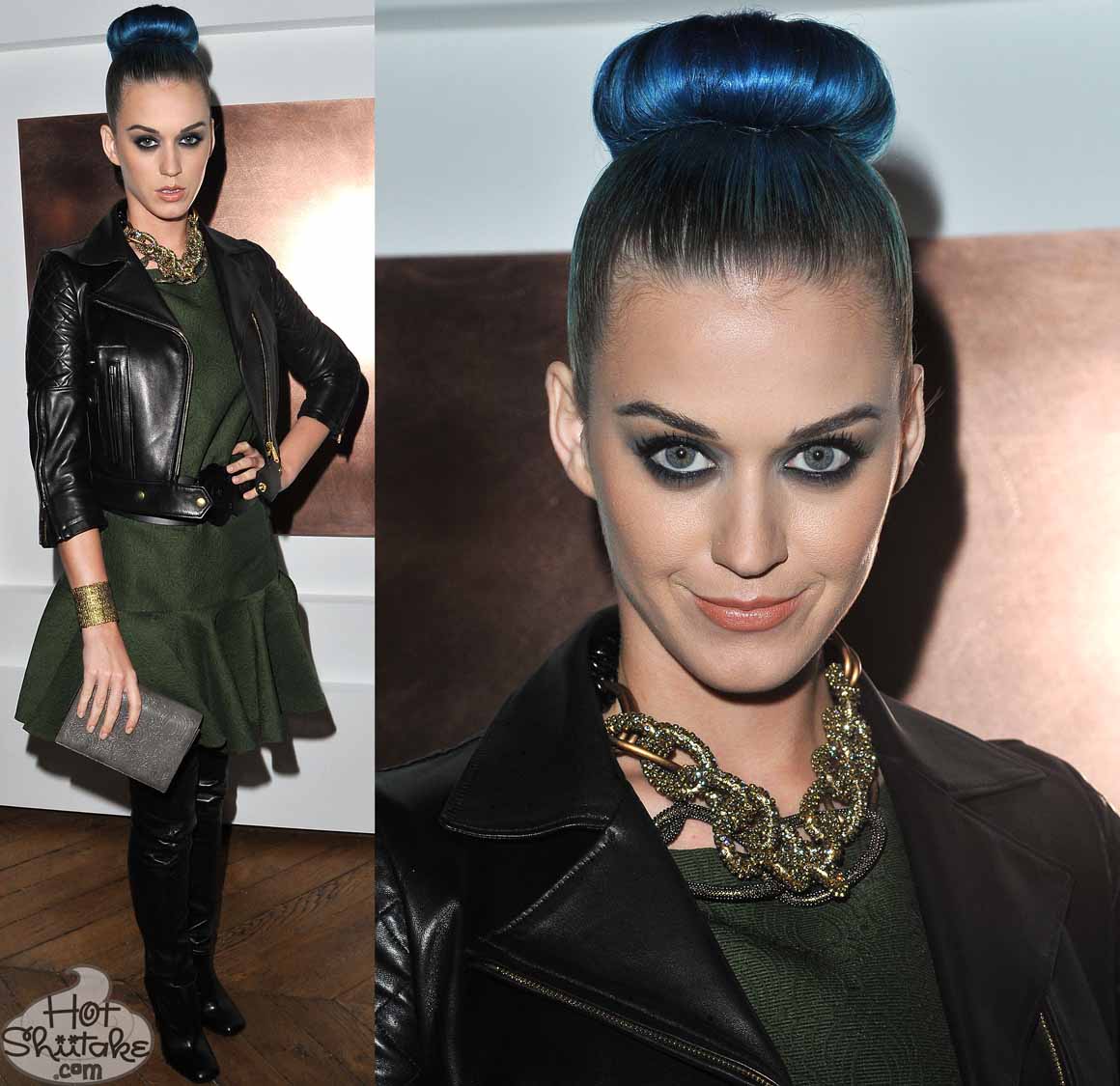 Katy Perry looks like she’s plotting the destruction of the world as we know it (or maybe just the destruction of Russel Brand) as she poses for the cameras at the Yves Saint Laurent Ready-to-Wear Fall/Winter 2012 fashion show during Paris Fashion Week. (March 5, 2012) 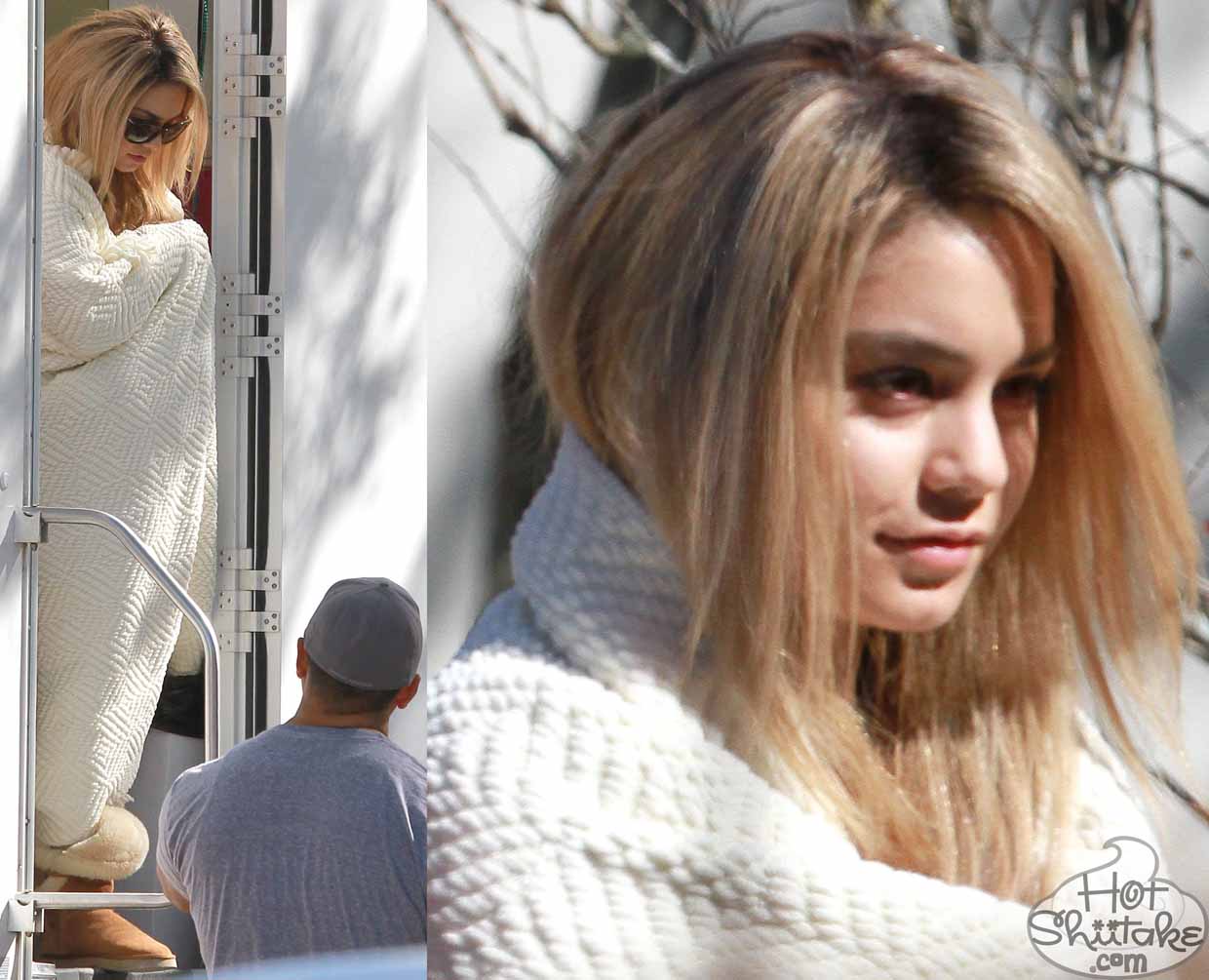 So, whudduya guys think about Vanessa Hudgens’ blonde hair? And how’s about that blanket?

A blonde Vanessa Hudgens, on the set of her latest film, Spring Breakers. (March 6, 2012) Remember when Vanessa Hudgens cut her hair all ugly-like for her last movie?

Miranda Kerr struts what she don’t got on the Chanel runway, during Paris Fashion Week. A true dime-piece would’ve made those multi-color eyebrows look totally bangable. (March 6, 2012). 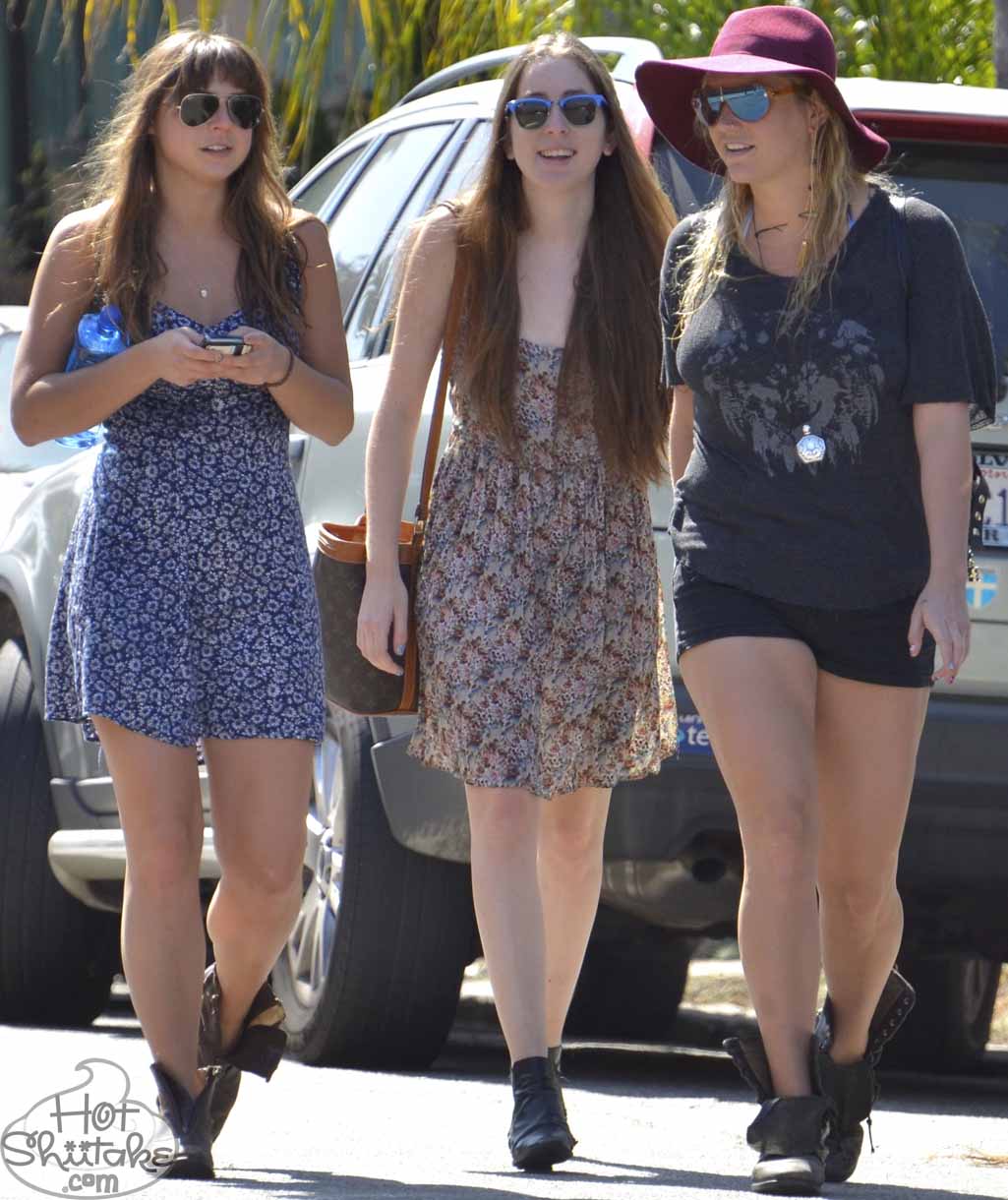 Helena Bonham Carter took a break from feeding pigeons to stroll around London’s Heathrow Airport, hoping to hitch a ride to Los Angeles, and maybe even pick up some spare change, on the way. (March 8, 2012) 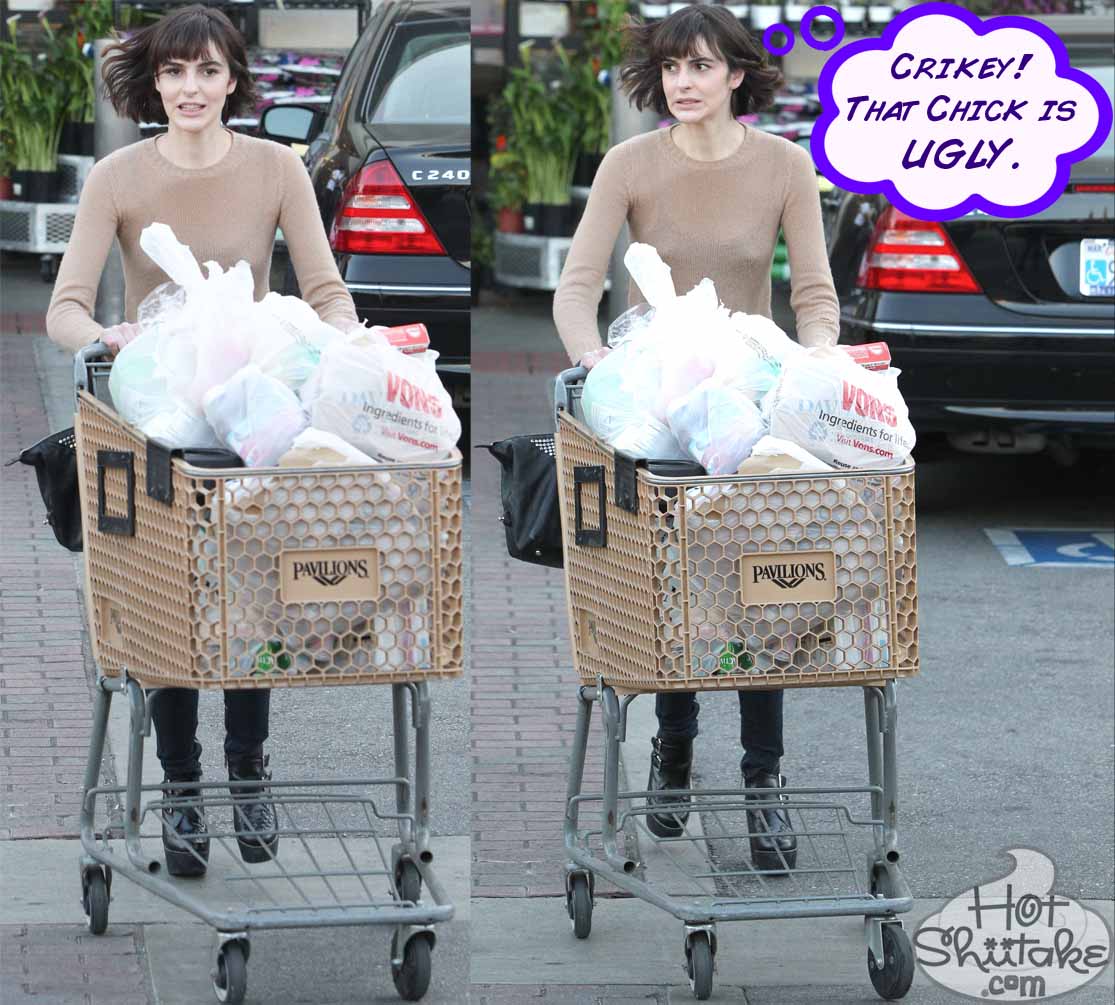 Lindsay Lohan went to the grocery store, in an attempt to prove to the world that she does, on occasion, consume foodstuffs. However, Hot Shiitake has seen no photographic evidence of the actual foodstuffs consumption. 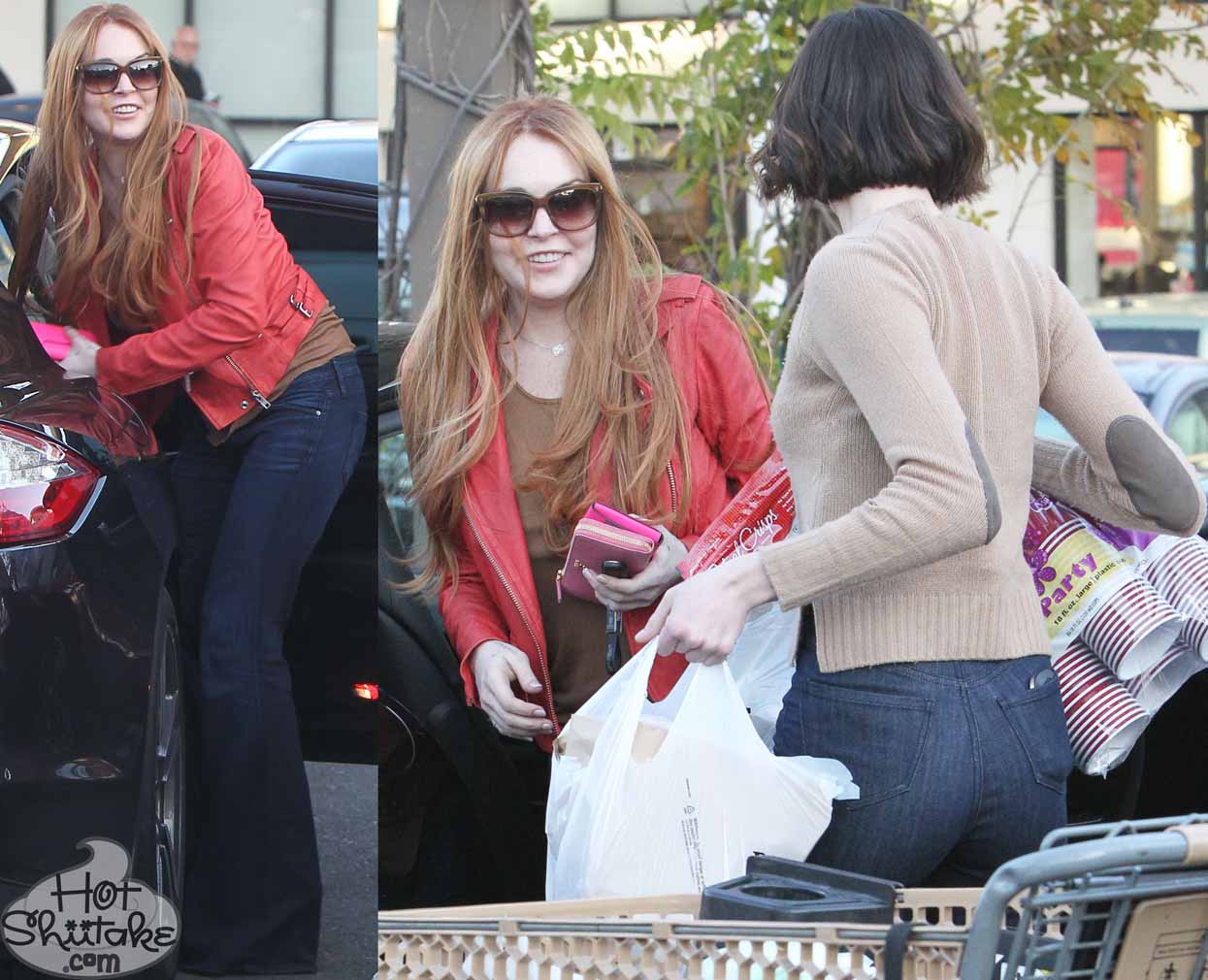 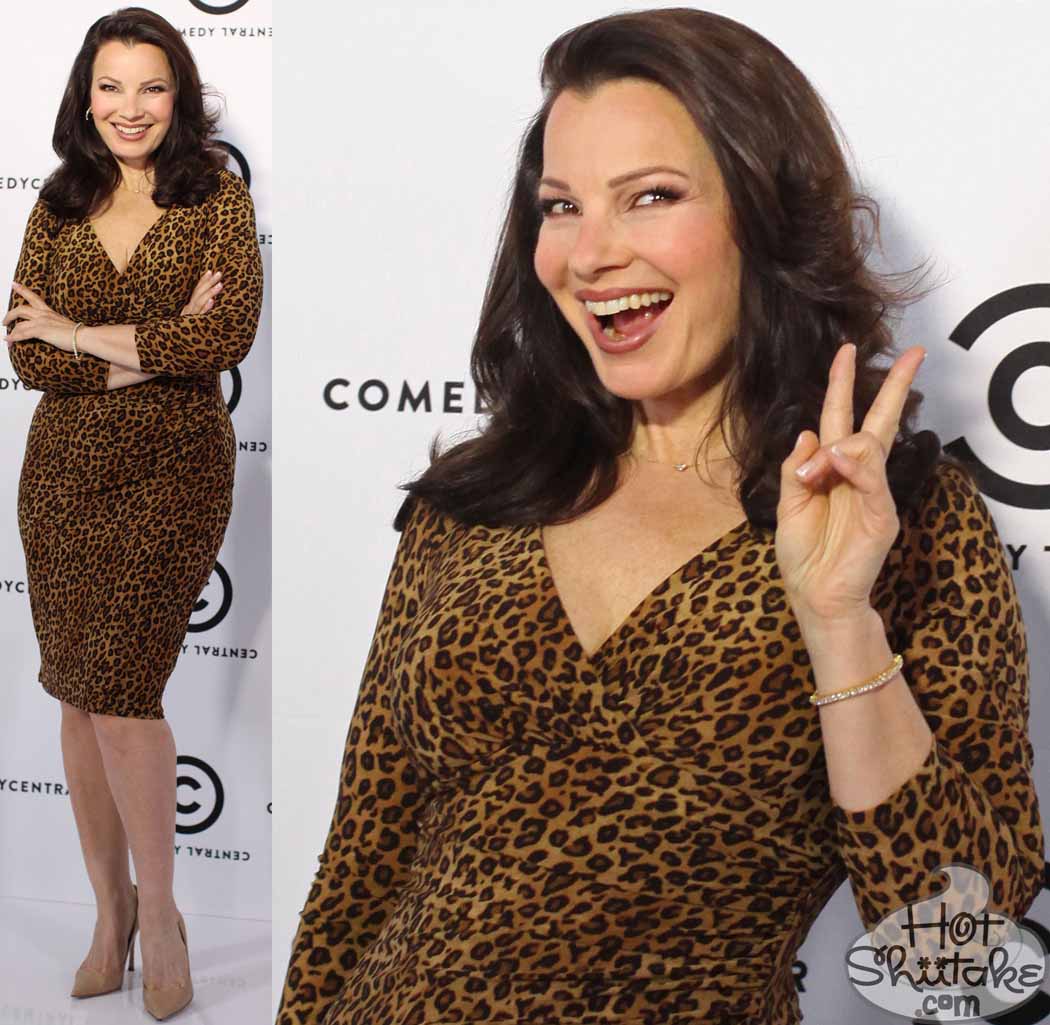 “If I cross my arms in front of my body, like so, you can’t even see my big ol’ gut! Whiney-haaaaaaaaaaaa.”

Fran Drescher looks like an aged cast member of Jersey Shore, at a press conference for her show, Happily Divorced. (March 9, 2012).

The fact that Fran Drescher has a show again kinda makes you wonder who she must be sleeping with.

The Week in Not Half Bad: Kim Kardashian & More Springy Goodness