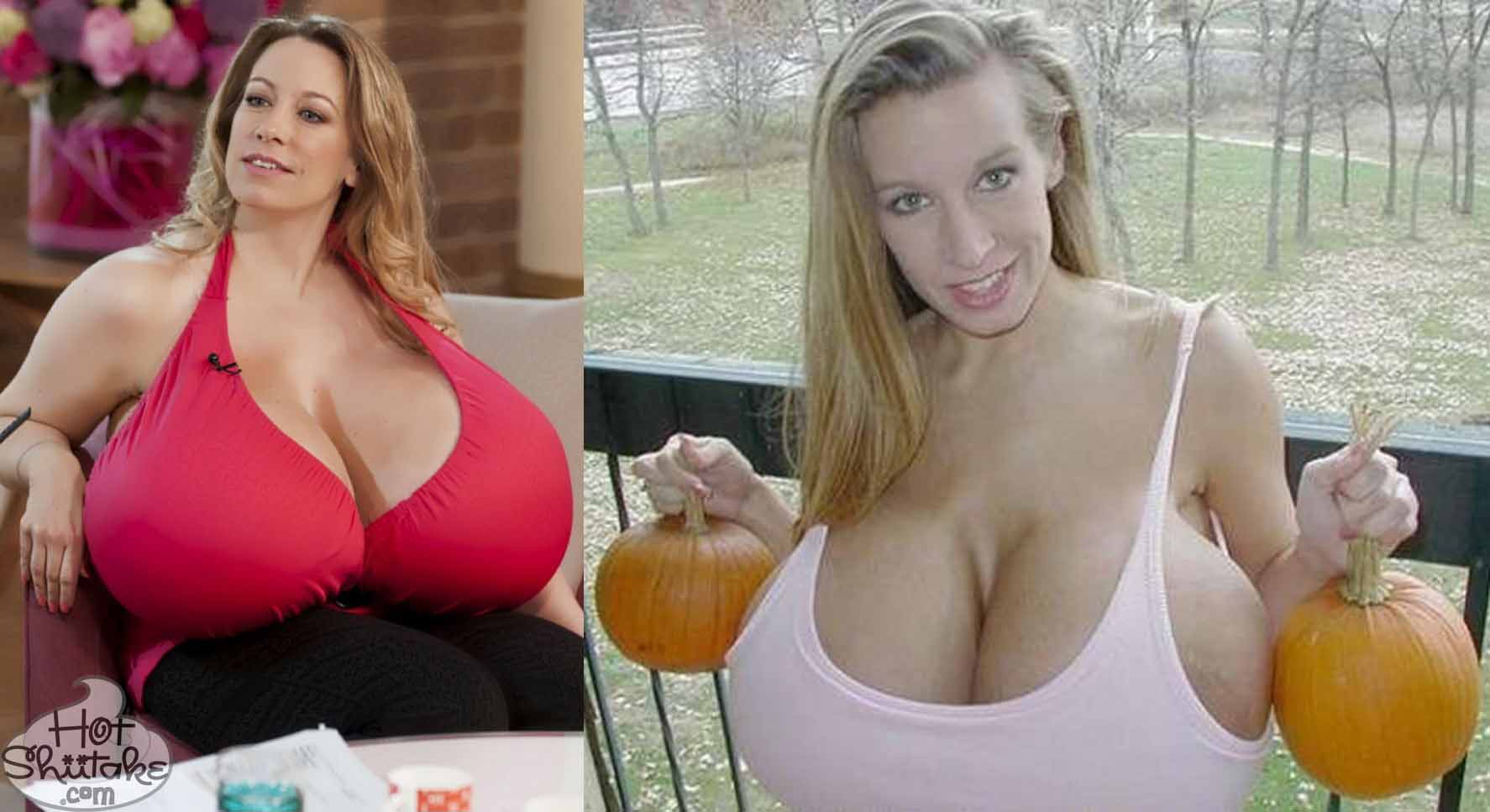 That is the size of the ENORMOUS bra that Minneapolis, Minn. native, Chelsea Charms, crams her knockers into. (Charming, wouldn’t you say?) 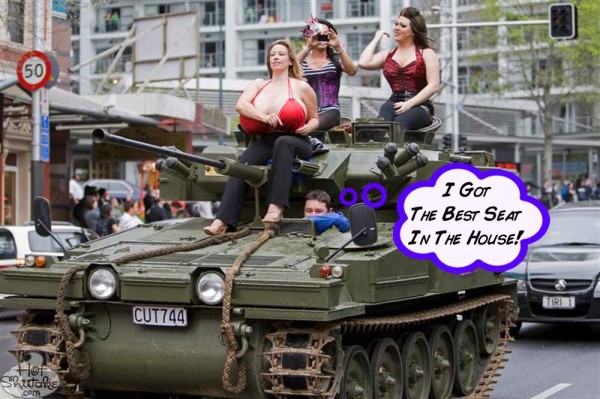 Chelsea Charms and her boobs are ready for battle. 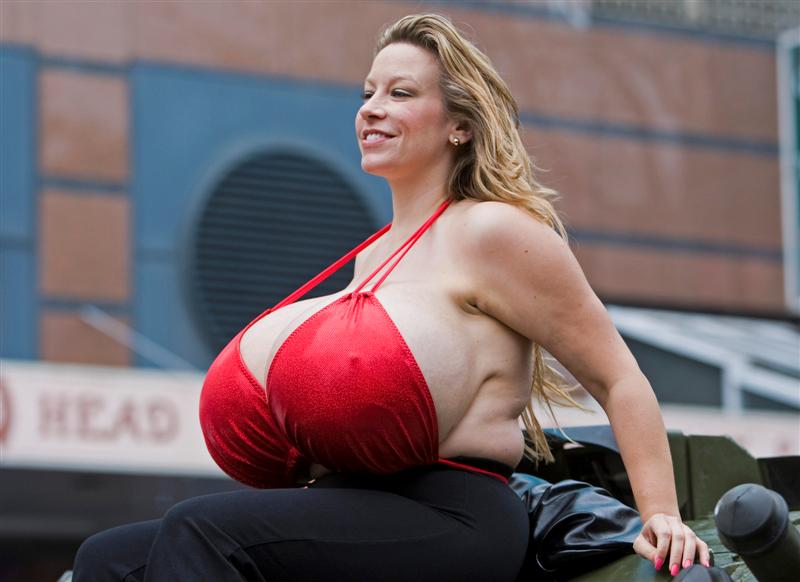 Chelsea Charms’ Boobs: The Largest in the World

Each of Chelsea’s bad boys weighs in at a whopping 26.5 pounds. EACH.

Math is hard. That’s why Hot Shiitake’s Master Mathematician is here to help you out: Chelsea is lugging around 53 pounds of boob. FIFTY-THREE POUNDS. Of boob.

That kind of boobage makes one wonder how she manages to stand upright.

Chelsea Charms is only 5 feet, 3 inches tall…. so, fifty-three pounds is more than one-third the weight of a normal, healthy woman of her height. That being said, Hot Shiitake would like to apologize for the crack about this charming woman’s back fat. With the knowledge we are now privy to, regarding the immense weight of Chelsea’s chesticles, we can only imagine it must be quite the feat just to haul her hind end out of bed every morning (well, in Chelsea’s case, perhaps it is her forward-facing end that is the most difficult to maneuver). To expect her to exercise would be cruelly unreasonable.

On another fun note, Chelsea has wittily nicknamed her monstrous breasts, “Itsy and Bitsy”. Good looks and a sense of humor? A true rarity.

Chelsea Charms Takes Her Boobs Across The Pond

Chelsea flew to England to beg for attention showcase her Shamu-sized breasts on the British television programme, This Morning.

After her circus act television appearance, one of the hosts of This Morning, Phillip Schofield tweeted this charming picture: 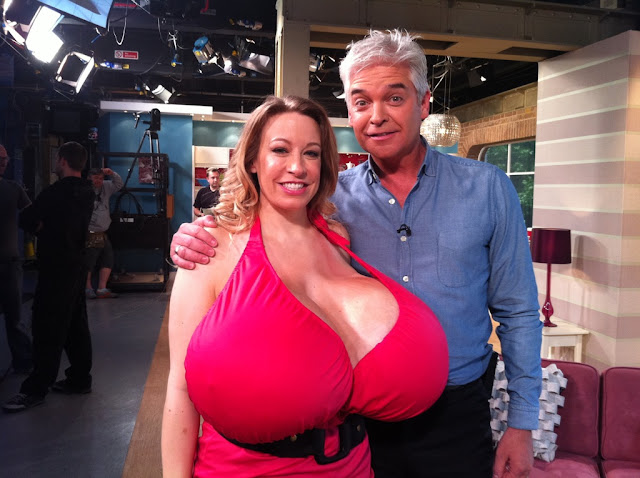 The online edition of The Daily Mirror, “Britain’s brightest tabloid newspaper,” featured the following headline, which may very well be the best headline in the history of hard-hitting journalism:

How Did The World’s Biggest Boobs Get SO Big?

According to Wikipedia (keeper of all things factual), the polypropylene string breast implants procedure “causes continuous expansion of the breast after surgery.” Meaning “Itsy and Bitsy” (which, remember: already weigh in at a combined 53 pounds), continue to grow at the back-breaking rate of one inch per month — that means her nipples are growing, as well. That must be some big pepperoni.

ONE INCH EVERY AND EVERY MONTH. How much more can this poor woman be forced to endure? Imagine, Chelsea must hardly be able to use an airplane bathroom, and she likely struggles through even the simplest of tasks, such as eating at tables. And yet, she admits that she desperately craves enjoys the attention that comes with her massive melons, and says that she “wouldn’t have it any other way”.

Unfortunately, for all of you flat-chested fräuleins out there, you’ve already missed this boat to a more charming, full-breasted life, as the polypropylene string breast implants procedure is now banned. So sorry.

* We do hope you’ve enjoyed Hot Shiitake’s obnoxious over-use of the word, “charming”. We so punny.

One comment on “Chelsea Charms: A Charming Tale Of The World’s Biggest Boobs”