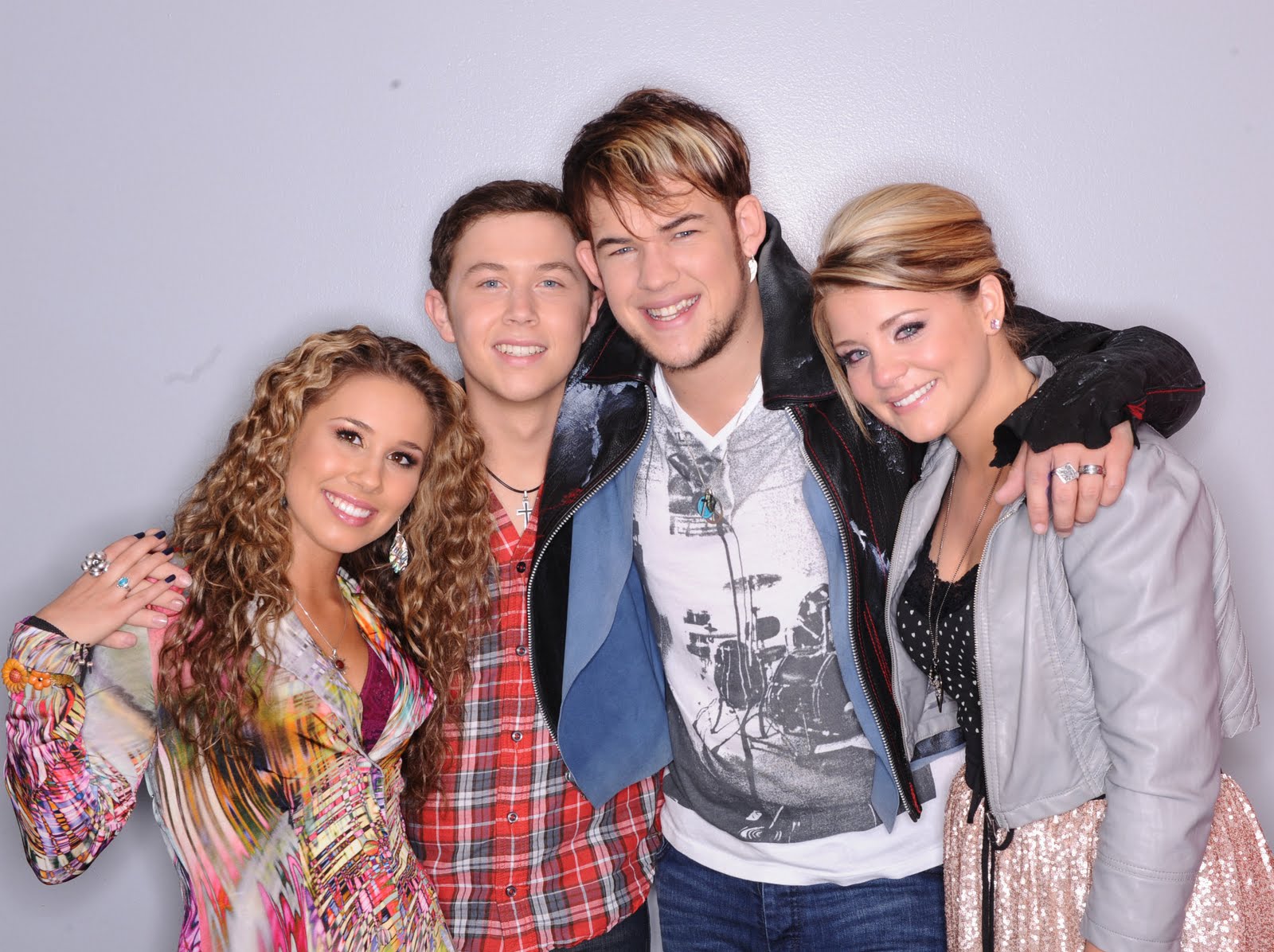 Take a good look at Lauren’s eyes. WTF… was she crying AGAIN?

This is it, ya’ll: American Idol is down to the Top 4. These kids have really made it. Only contestants who made it to the Top 4 have really gone on to become anything of even mild importance.

Last night’s performance episode of American Idol had no real theme, it was more of a mish-mash of two themes.

I have realized that I have been much too nice lately. I just get so wrapped up in the lives of these little s#!ts, that I forget to be true to myself. So I tried to put my meanest foot forward for this week’s American Idol recap. I’m sure I failed miserably.

So who’s going home tonight on American Idol? Read the full review, like good little children, then at the end of that rainbow, lies my prediction.

But no matter what, all of these kids are going home this week, some as “hometown heroes,” one as a sad, sad loser.

Wanna Know Who Got Voted Off American Idol Tonight?

Round One: Songs that Inspire the Contestants

This second round of songs were all practiced under the tutelage of Queen GagMe, otherwise known as Lady Gaga. Surprisingly, she gave everyone really good advice. Not surprisingly, she scared us all with her face, and her penis heels.

Although, in my not-so-humble opinion, she isn’t the one who deserves to leave. I would much rather see Scotty off. Or Lauren. Lauren is a far inferior performer, but the voters seem to generally love her. She’s a good enough singer, but she needs to stop being such a big ‘fraidy cat. Haley seems so much more mature for her age. It’ll be a shame to see her go.

There is always the chance that Haley will stay though, who knows! Ahhh, the suspense is killing me!
See you kids after the show for an update!

The American Idol Voting Results are In:

James Durbin was sent home. HOW COULD THIS BE? We might as well quit watching this show now, ’cause the contestants left are BORING, especially compared to James.

Tie me up and lock me away for lunacy, but I cried my eyes out for a good 15 minutes, when Ryan announced that James would be the one leaving. This is all just so ridiculous.