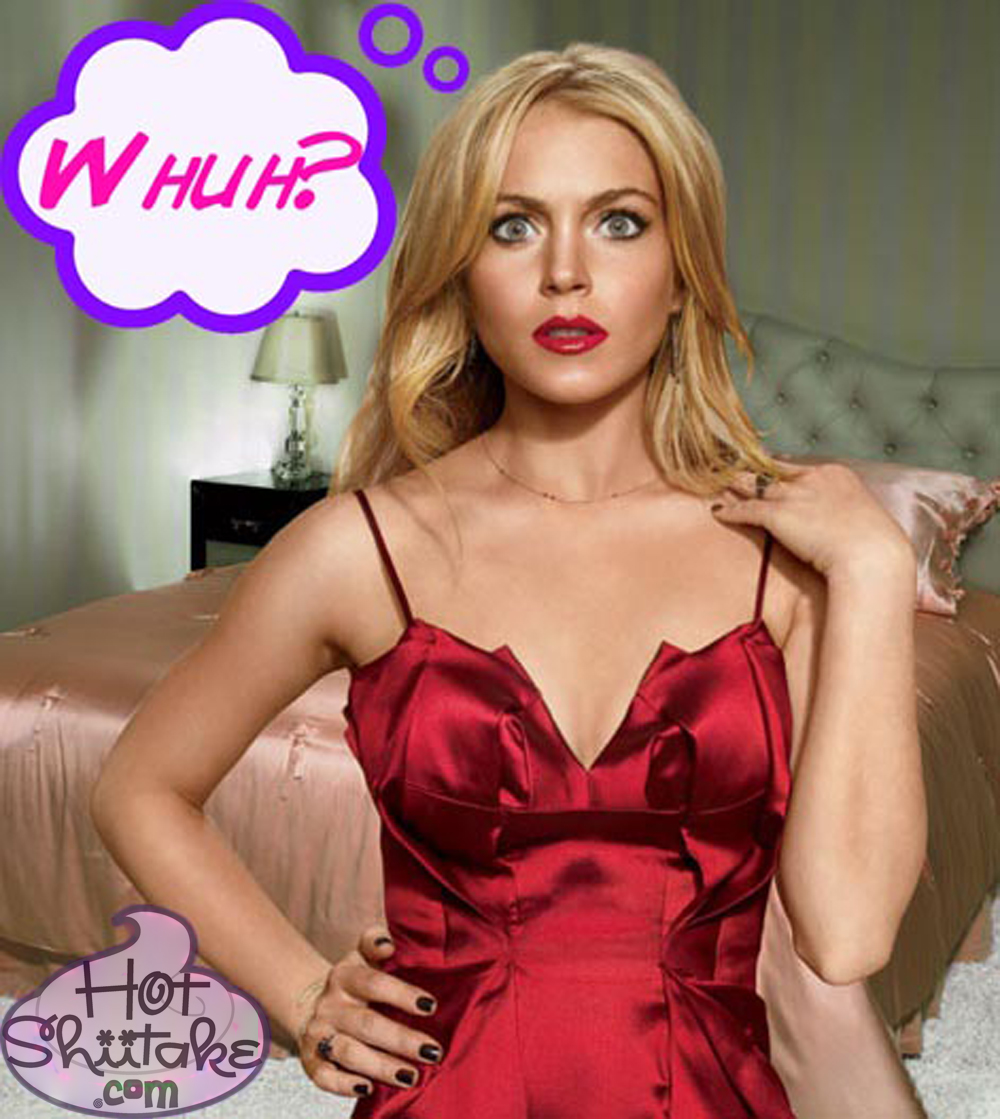 Lindsay Lohan Playboy Spread Coming To A Shelf Near You

Lindsay Lohan has agreed to show off her goodie-goods in a “tastefully done” nudie spread for Playboy.

More good news: We might even get to see LiLo’s pics sooner, rather than later, because she’s already wrapped up shooting the glorious nudie pics. (It was a 4-day shoot. That’s a LOT of titter-tatter.)

How Much Is Lindsay Getting Paid For Her Playboy Shoot?

According to TMZ, Lindsay is being paid somewhere between $750,000 and $1 million for her nakie-nake spread in the men’s mag, which must be great news for her lawyer, Shawn Holley. All that endless legal work ain’t free!

Remember, back in 2005, when Lindsay told Access Hollywood that we’d “never see [her] in a nude scene,”? I guess she didn’t foresee the steep decline her income was headed towards, huh? (Plus, technically, this isn’t a “scene,” and the boobage shown in her role in Machete was reportedly done by a boobie-double.

Either way, we get to see Lindsay’s tasty tator tots and her whoo-haw.

Not that we haven’t already seen LiLo’s naughty bits…

And one last hoo-rah:

Ok, ok, that last one doesn’t show any boobage (or any other goodies), but it is laughable.

How will this Playboy spread be any different from all of Lindsay’s previous nudie shots? Uhh, dunno…

No matter, nudie pics is nudie pics, and Dina Lohan approves. (She always does.)

Fun Fact: Heidi Montag got $500,000 for her Playboy spread back in 2009 (when a small handful of people gave half a mild sh*t about her), which featured no nudity, because she’s a “good Christian girl”. Riiiight.

UPDATE: It has been confirmed by TMZ that Lindsay Lohan will be showing ALL the goods. That’s right: full frontal, baby. Why hide what’s already been seen? TMZ also states that, as of yet, it is unclear when, exactly, Ms. Lohan’s issue will come out, but we’ll be waiting with baited breath, for the delightful day!