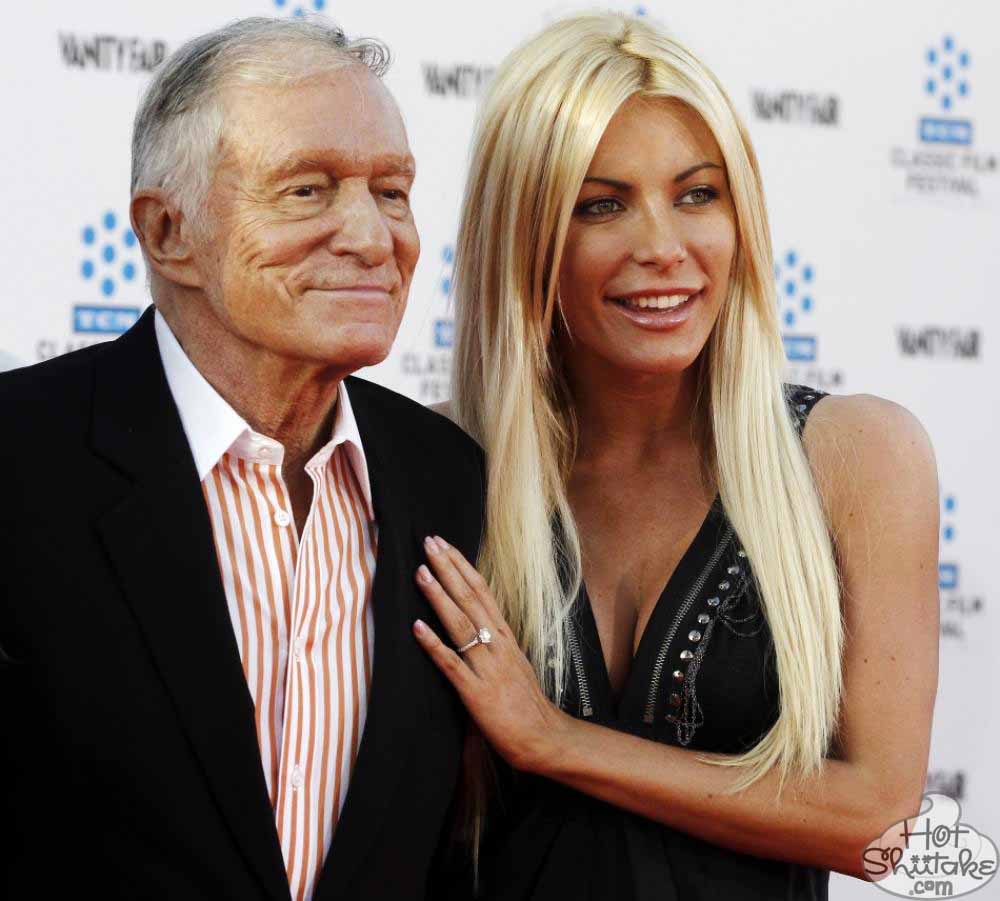 Aww, Crystal Harris looks so cute with her grandpa husband-to-be.

Remember when Crystal called off her engagement to Hef back in June of 2011 – less than a week before they were set to tie the knot? Well, it looks like the prodigal bride has returned, as TMZ is reporting that Crystal Harris and Hugh Hefner’s wedding is back on. Three cheers for May-December romances!

Crystal Harris & Hugh Hefner Engaged Again…
But Why’d They Break Up In the First Place?

According to TMZ’s source, the time Ms. Harris spent away from Hef helped her become Ms. Independent, and she learned to “stand on her own two feet … something she felt she needed.” (Either that, or Crystal’s “alone time” showed her that being poor sucks a fat one.)

So, do you think Crystal got back together with Hef for all the right reasons – or do you think she just gives a really good, uhh… snow job?

AND A Cautionary Tale For All Those Considering Marriage: