According to TMZ[1], Mrs. Bag-of-Bones Salahi shot some fully nude, fully vomit-inducing, pics for Playboy. But here’s the unfortunate news for us all: The powers-that-be over at Playboy emailed Michaele, informing her that “there is no opportunity this calendar year to offer you a cover opportunity or place for your pictorial.”

But don’t fret, dear children: Playboy may not put Michaele Salahi’s disgusting nudie pics in their mag, but they’ll still put them on their website.

Publicity is publicity, and Playboy hasn’t been doing too hot lately… a naked real housewife should definitely help their sales; right?

“We had hoped an issue would be available to present you in the pages of the magazine first. However, that does not seem likely and we do not want to keep them from our readers any longer.”

Yeah, right. We all know Playboy never intended to put this freak in the pages of their prestigious magazine, they just wanted to see her goodies! (Or her not-so-goodies, as the case may be.) But I am glad that Playboy is thinking of you and me, the “readers,” by not keeping these “AMAZING!” nudie shots from us! Thanks Hef & Co.!

This is all made even funnier by the fact that, just a few days ago, TMZ[2] reported that Michaele Salahi’s equally fame-hungry and deranged husband/alleged White House crashing buddy, Tareq Salahi, has been in talks with Playgirl to do a FULLY NUDE photo spread — on horseback, no less. Seriously. 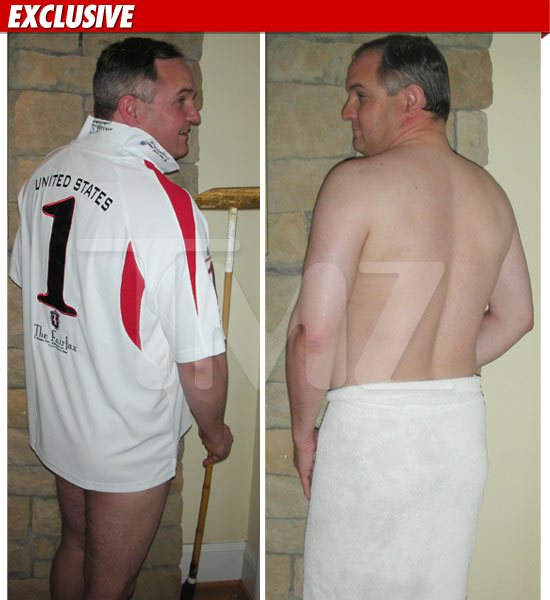 TTYL my little uglies; have fun scouring the web for Michaele Salahi’s nude pics. We all know you can’t resist  a good (or not-so-good) nudie shot.

The Week In Ugly: Angelina Jolie, The Return Of Taylor Momsen & More