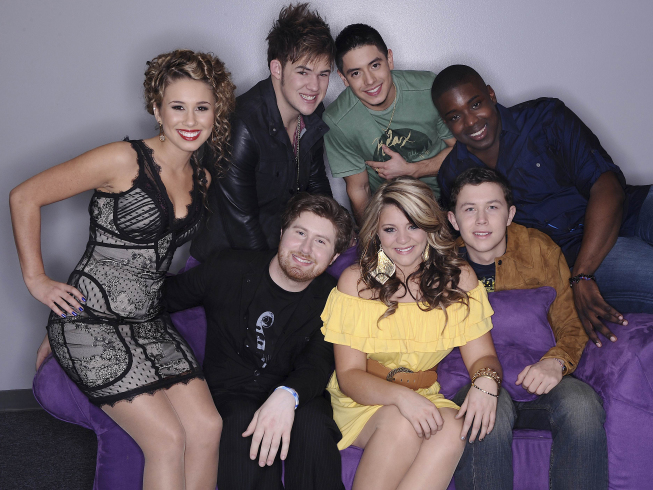 How quickly the smiles shall fade to tears.

The American Idol contestants have been whittled down to the Top 7!

Opening last night’s show, was a performance by the 6 contestants that have already been booed off the stage (of the original Top 13). In case you’ve already forgotten who their names, they are: Ashthon Jones, Karen Rodriguez, Naima Adedapo, Paul McDonald, Pia Toscano, & Thia Megia.

Their performance was nothing less than dreadful, serving as a true reminder of why we sent them home in the first place. Goodbye, and good riddance! Especially Naima. Lord knows, nobody ever wants to see her ugly mug again.

Now that that’s out of the way, let’s get on with the show.

Last night, the contestants performed songs from the 21st century. For you dum-dums out there, that’s any song recorded in the year 2000 or later.

Before each performance, the producers of the show had the other contestants talk s#!t about the contestant that was about to perform. Naturally, I enjoyed these little snippets considerably.