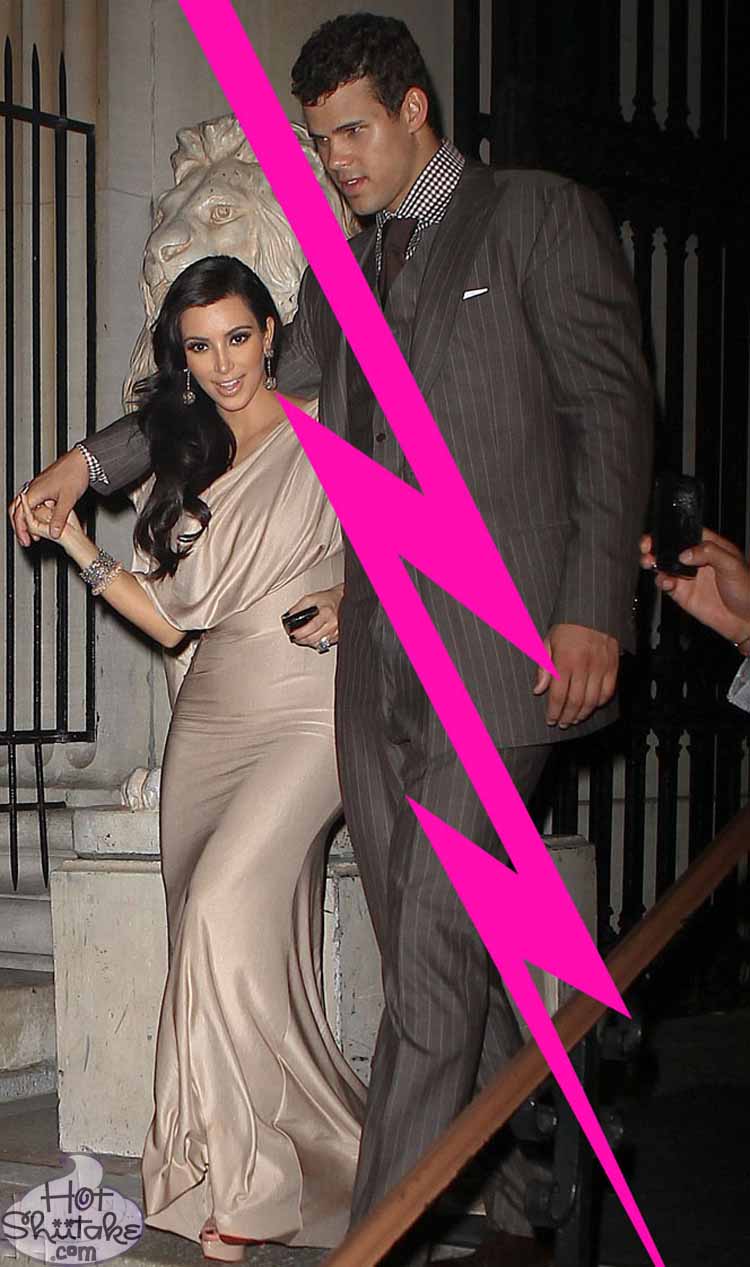 Wow. Just wow. After being married for just 72 short days, Kim Kardashian has filed for divorce from Kris Humphries.

First, Hugh Hefner’s bride-to-be runs away, and now Kim and Kris are getting divorced? There’s no longer any hope for true love. Not that there was a ton of hope before…

Remember when Kim and Kris went to the party thrown in honor of their brand-spanking-new marriage — right after they got back from their honeymoon? Of course you remember, it was only a few days ago! (And it’s pictured above, for a nice, friendly reminder, just in case.)

Why even bother getting married in the first place, if you clearly never planned to even try to make it work? Oh yeah, Kim made tons of money off the whole wedding dealio. Nevermind, carry on.

So, WHY did Kim Kardashian File for Divorce?

Tons of rumors have been swirling around about why Kim filed for divorce, most of the reports saying that it was because she absolutely did not want to move to Minnesota, where Kris is from. While that makes sense, due to the fact that Minnesota is god’s ash-hole (at least in the winter), it also makes absolutely no sense that the couple wouldn’t have talked about such a huge factor in any relationship, much less a marriage, before taking the trip down the aisle (and boy oh boy, what a trip it was).

Well, according to TMZ, the biggest reason Kimbo decided to file for divorce (after she “cried all weekend”) was because it became apparent that Kris was chasing fame. More specifically, because Kris Humphries hired a Hollywood publicist over the weekend, to… get this: “work on his image”.

Reportedly, Kris “went into full Hollywood gear,” wanting to “brand” the Kris Humphries name with cologne, nightclub appearances, and other such nonsense. Let us all take a moment to have a hearty chuckle at just how incredibly dumb Kris Humphries is. He almost makes Kim look smart. Who woulda thunk that was even possible?

TMZ is reporting that Kris Humphries was ‘blindsided’ by the divorce. This is what he had to say for himself:

“I’m committed to this marriage and everything this covenant represents. I love my wife and am devastated to learn she filed for divorce … I’m willing to do whatever it takes to make it work.”

Of course Kris is willing to do whatever it takes to make it work, papa needs his gravy train! And, of course, Kim had a rock-solid prenup, meaning Kris Humphries will get nuffin’. Big fat zero.

The best part? Kimbo-Slimbo bought her own ring, because as we all know, KrisHump could never afford bling like that — so he can’t even hope to get any money from its return. Bye-bye money-n-fame-ville, hellooo divorce-town. At least you’ve still got that amazing NBA career, Kris. Oh, wait…. you aren’t even that good at that, are you? And, oh yeah, there’s that NBA lockout thingy. Sorry for bringing it up when you’re going through such a hard time, Kris.

If the reason Kim filed for divorce really is because she realized Kris was a fame-seeking hooer (and it seems a likely story), then the statement Kris made to TMZ is probably nothing more than a lame attempt to garner the public’s sympathy, so he can continue to ‘build his brand’. (Are you laughing heartily yet?)

Kim & Kris Split: A Picture’s Worth a Thousand Words

Let’s bring in the celebrity facial expression expert to read the following image, shall we? We shall.

Now, take a look at Kris Humphries’ face: much less smiley. And Kim? That facial expression can’t possibly be referred to as a smile. 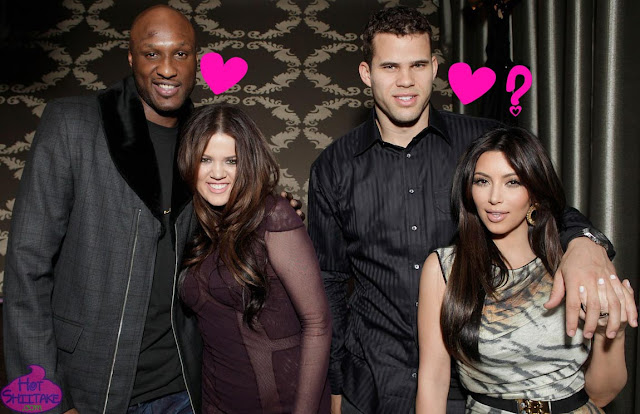 Wowie zowie, thanks for that incredible insight, Hot Shiitake’s celebrity facial expression expert. Given the news that Kim Kardashian has filed for divorce from Kris Humphries, we never would’ve guessed Kim and Kris’ feeling for each other without your help…