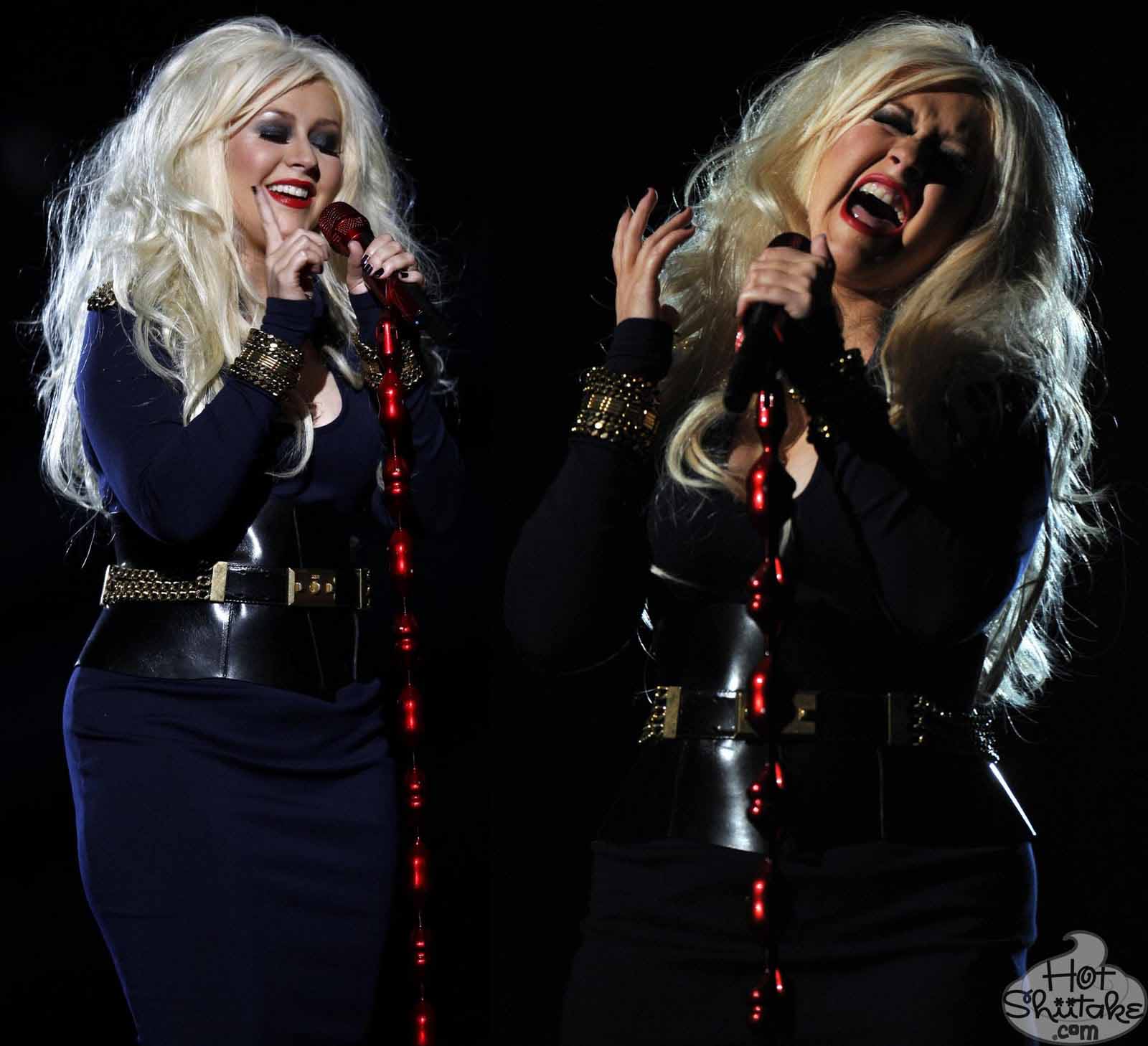 Yesterday, October 8, 2011, was a day for the history books, as the Michael Jackson Tribute Concert… umm, happened. And, as shown in the photograph above, Christina Aguilera started her performance in a she’s-the-boss skirt suit, singing Charlie Chaplin’s “Smile”.

Michael Forever featured some very special guests, including bright-shining stars, like Jamie Foxx, Ne-Yo, Gladys Knight, Cee Lo Green, and adding almost nothing to the night’s festivities, Beyonce performed via video feed. But probably the best performance of the whole night was given by freakin’ hot mess, Christina Aguilera.

With over-teased, larger-than-life Texas hair, Christina Aguilera looked like a fat Dolly Parton as she took the stage to give tribute to the late King of Pop. 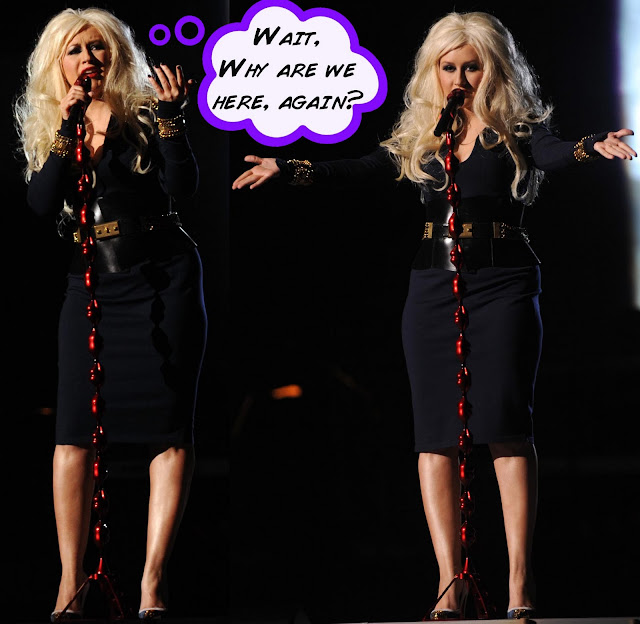 Christina Aguilera Fat Pics: This is Where It Gets Fun

For her second song, Xtina came out to play, and she put her whole whale-ish body on full display, to sing Michael Jackson’s Dirty Diana. Ms. Aguilera ditched pants – nay, ditched all clothing on her bottom half, and opted for a Lady GaGa-gone-on-a-grotesque-grease-binge look, donning a leotard (emphasis on tard). 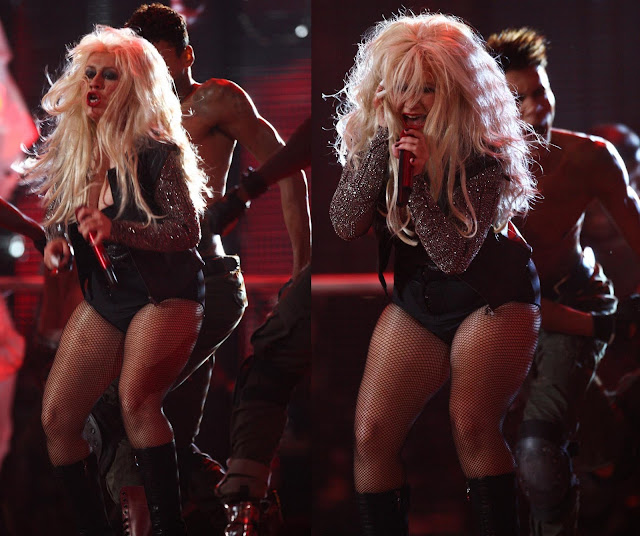 Keeping in line with her typically terrible “singing” style, Christina Aguilera opened her gob wide, wider than anyone has ever wished to see, and belted out her “heartfelt” tribute to Michael Jackson, over-embellishing every single note. 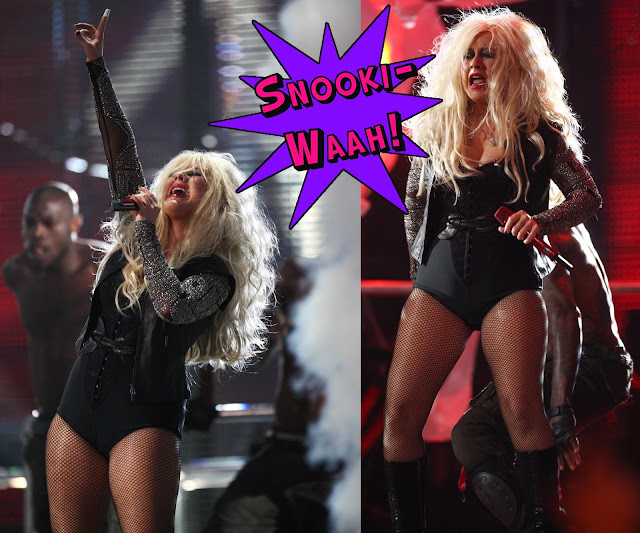 Feeling very emotionally connected to the man that was Michael Jackson, Christina flailed about, killing two birds with one stone, using her performance as an opportunity to audition for an upcoming Herbal Essences commercial. (Spoiler Alert: She didn’t get the part.)

Jennifer Hudson, who was also scheduled to perform at the Michael Jackson Tribute Concert, tweeted right before the Michael Forever concert began:

“To my uk fans that were coming to the mj show in wales. I will no longer be attentding due to major production issues.”

Jam your brain up with s’more good shiitake from ’round the web: