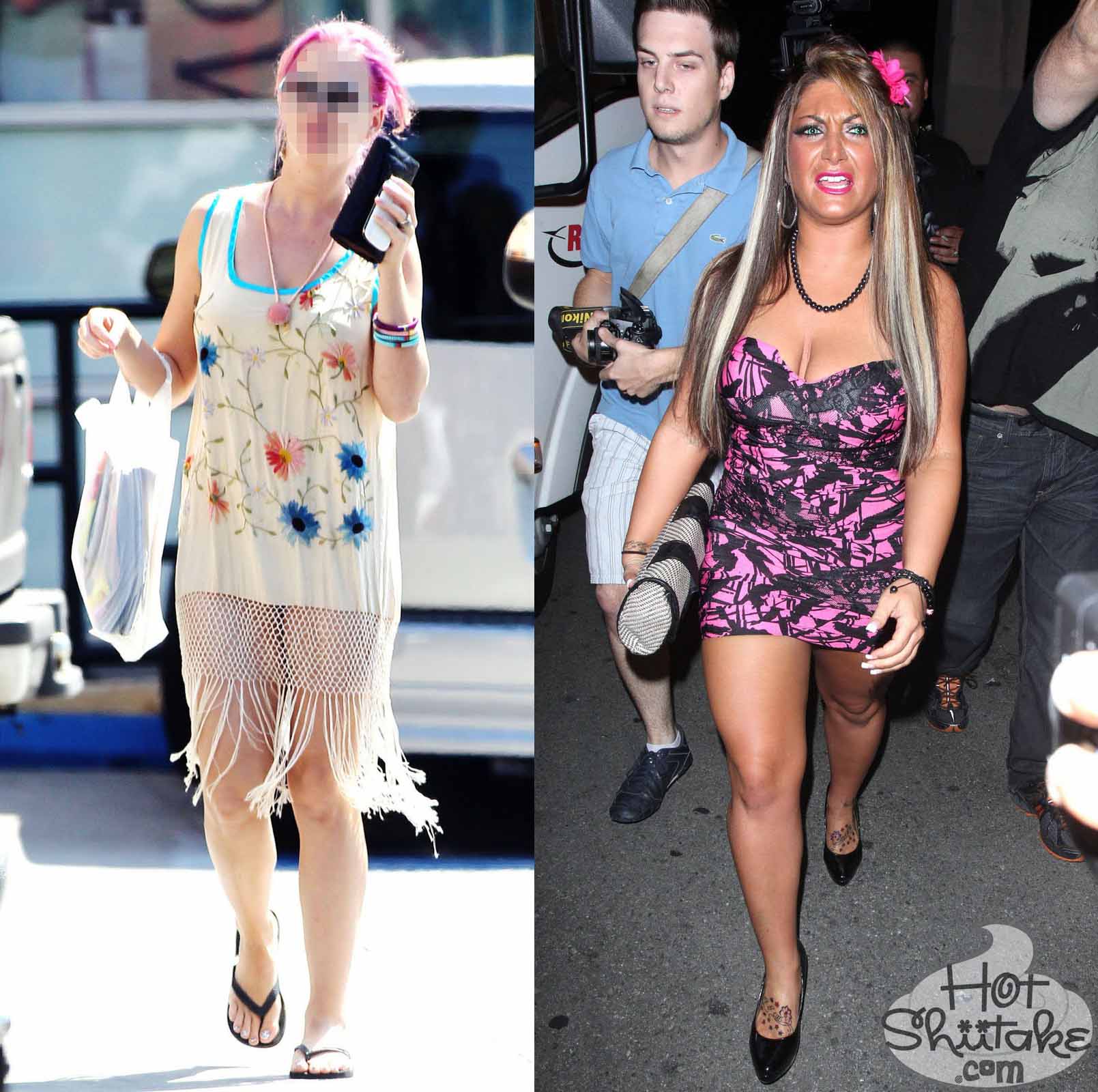 Time for a little game we like to call “Guess The Ugly Celebrity”.

Can you guess which ugly celebrity was spotted sporting a hot pink ‘do this week? 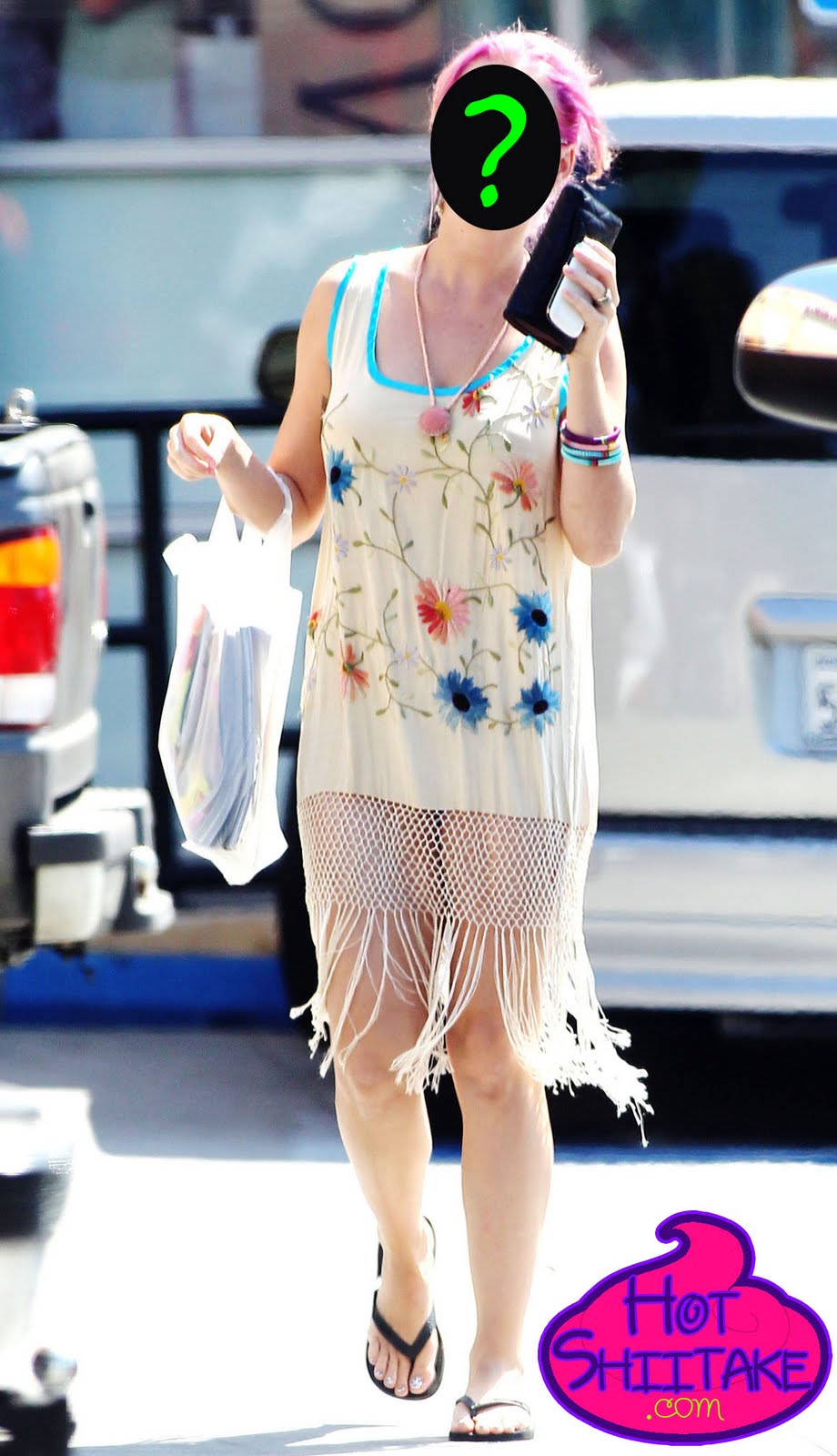 Tamara Ecclestone (In Her Jim-Jams) 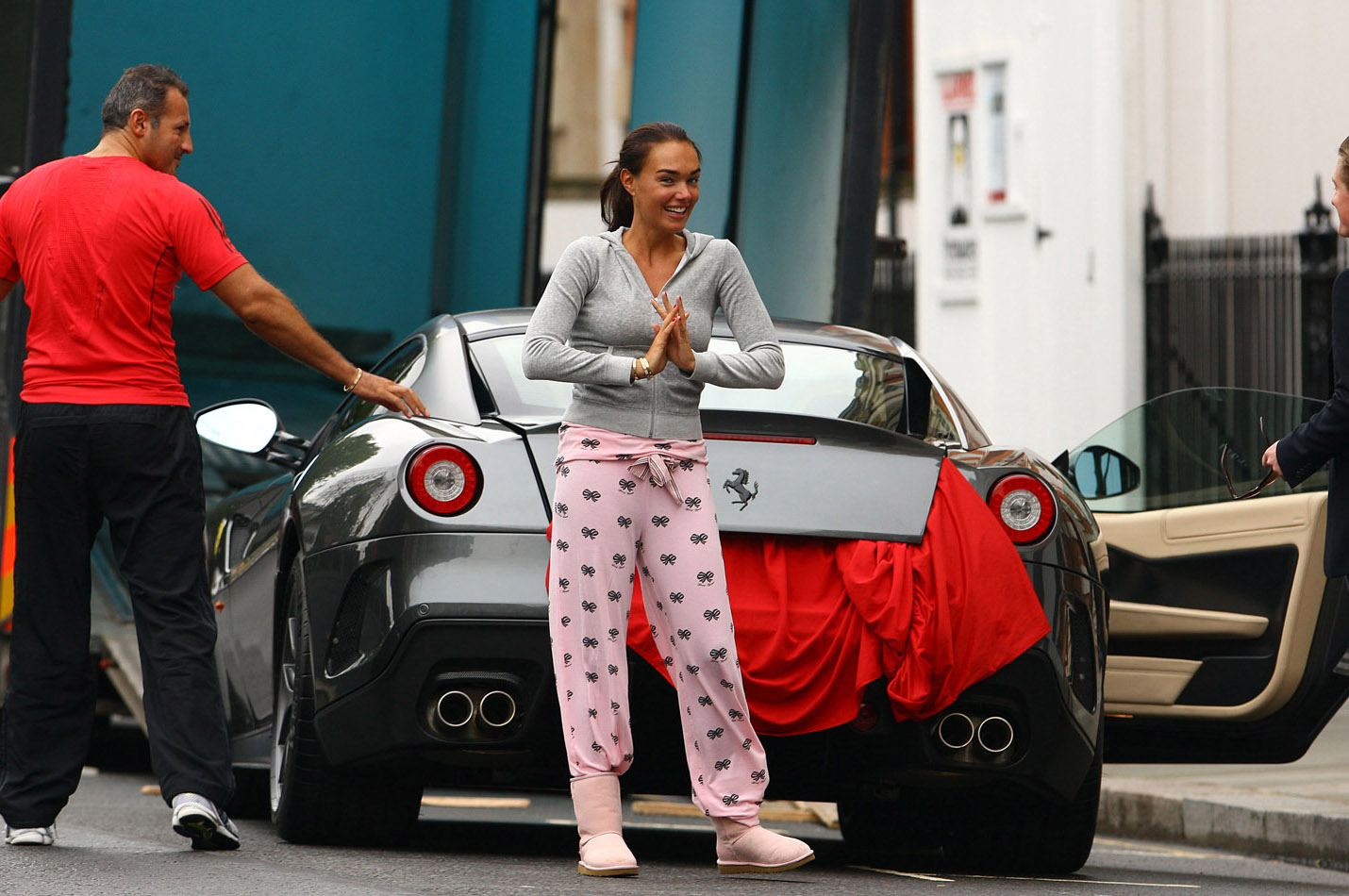 Picking up a brand new Ferrari in pajamas? Ugh. (Just let yourself hate her — she’s WAY richer than all of us.)

Tamara Ecclestone is pictured picking up her brand new Ferrari in London, August 24, 2011.

Keri Hilson poses before a performance at Haze Nightclub, in Las Vegas, August 27, 2011.

Some of the more notable aspects of Deena Cortese’s ugly appearance: 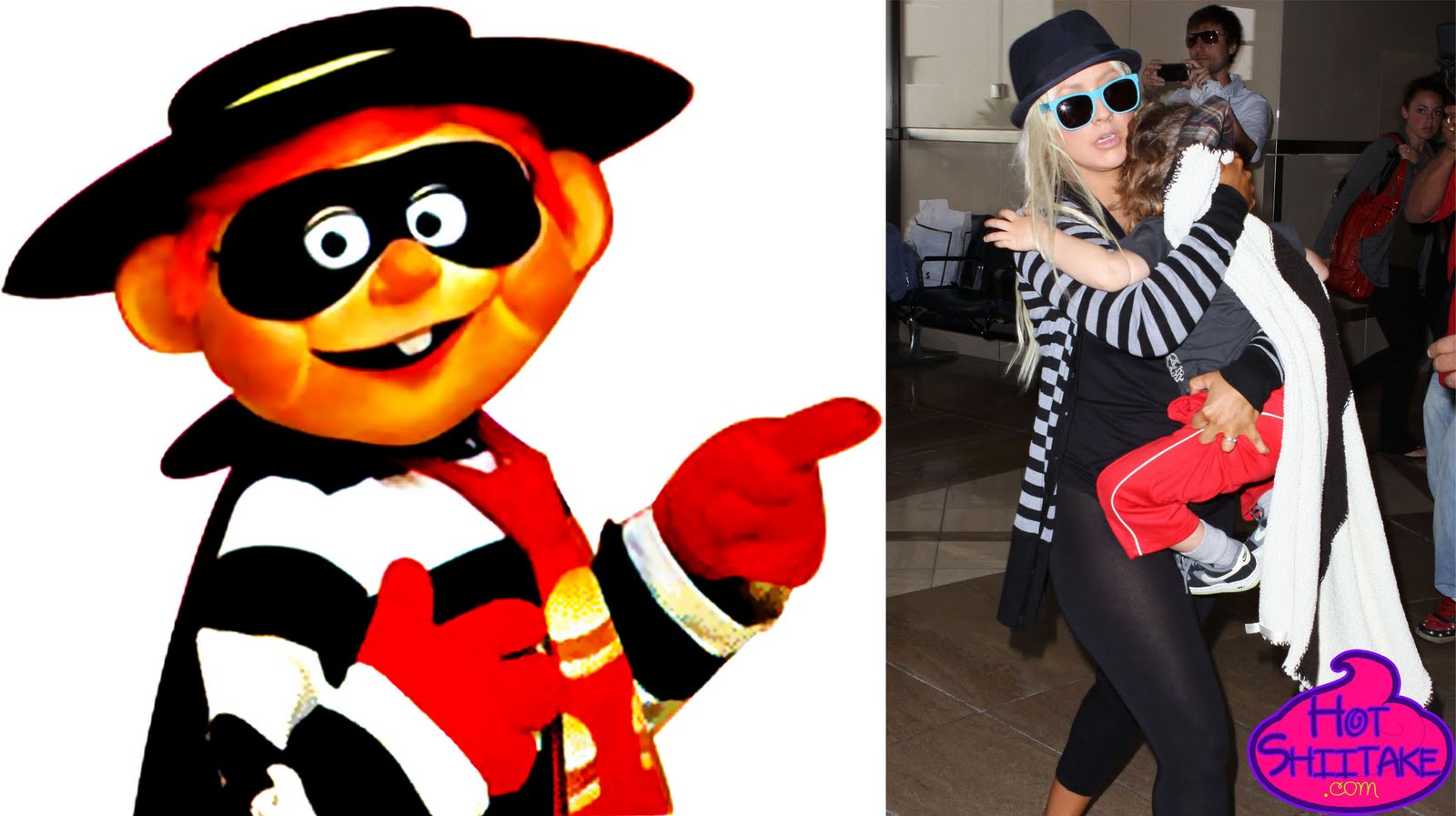 Christina Aguilera was spotted looking like The Hamburglar at LAX, August 23, 2011.

Sarah Jessica Parker, promoting I Don’t Know How She Does It, in Moscow, Russia, August 28, 2011.

Have an ugly week!

The Week In Not Half Bad: Sofia Vergara’s Bootylicious Jeans & More