The Week In Not Half Bad — Fashion Week, TIFF, & Bikinis: Yeah, Girrrrl 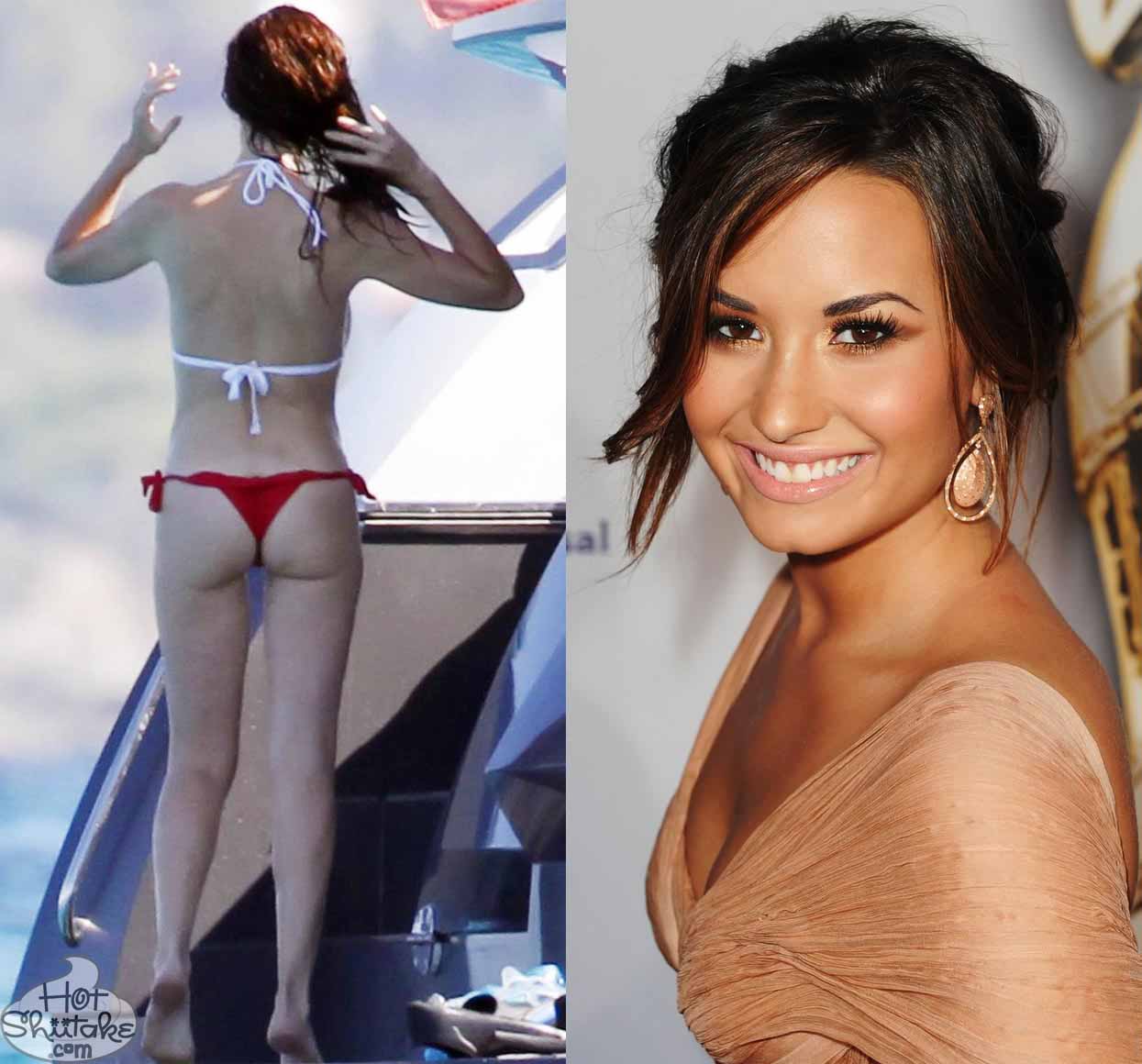 Tamara Ecclestone shows off her bikini bod at an LA beach. (September 5, 2011)

In an effort to become the next Hilton sisters, Tamara plans to follow her younger sister, Petra Ecclestone, to LA. There’s gotta be at least one extra room for Tammy in Candy Spelling’s former mansion, but Tamara has been looking to buy a place of her own, even looking at Ellen DeGeneres’ crazy-big estate. 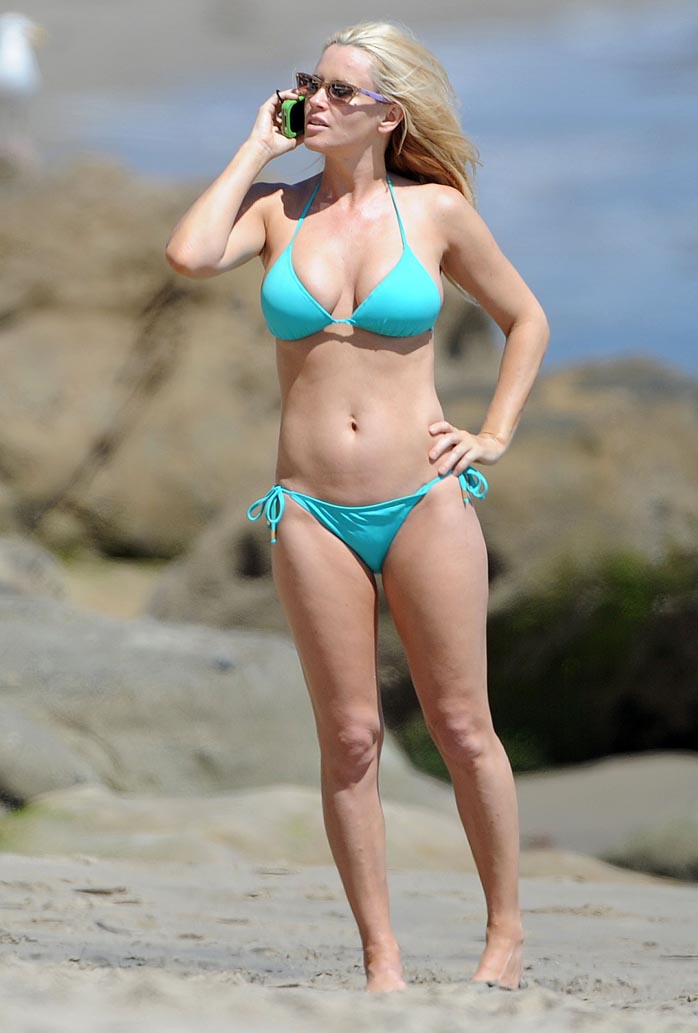 Pretending to talk on the phone makes posing for the paps feel soo much less awkward.

Jenny McCarthy struts her bangin’ 38-year-old bod on the beach in Malibu, September 8, 2011.

Paz Vega showcases her butt cheeks in a tiny bikini on a boat in Ibiza, September 8, 2011.

Who’s Paz Vega? Who cares. Nahh, we kid – she’s a Spanish actress, best known in the United States, for her supporting role in Spanglish, which also starred Adam Sandler.

Megan Fox looks like she’s ready to, umm, service some truckers, at the premiere of her new flick, Friends With Kids, at the 2011 Toronto International Film Festival (AKA TIFF) on September 9, 2011. 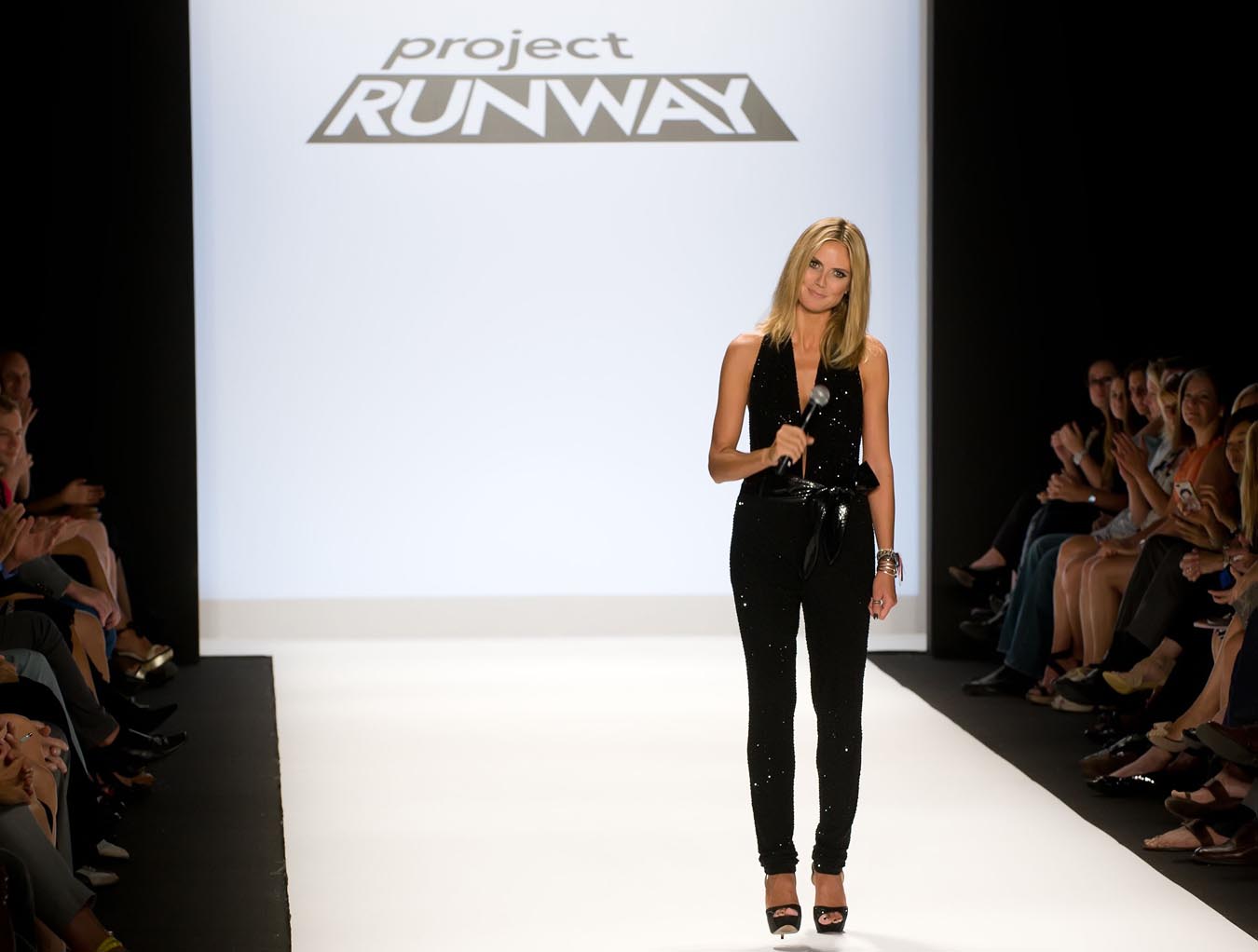 Heidi Klum looks quite considerably less than half bad as she struts down the runway, at the Project Runway finale at New York’s Spring 2012 Mercedes-Benz Fashion Week September 9, 2011.

Vanessa Hudgens subtly strokes her hair, as if to remind us to notice her new hair extensions, at the Concept Korea fashion show at Mercedes Benz Fashion Week, Friday, September 9, 2011. 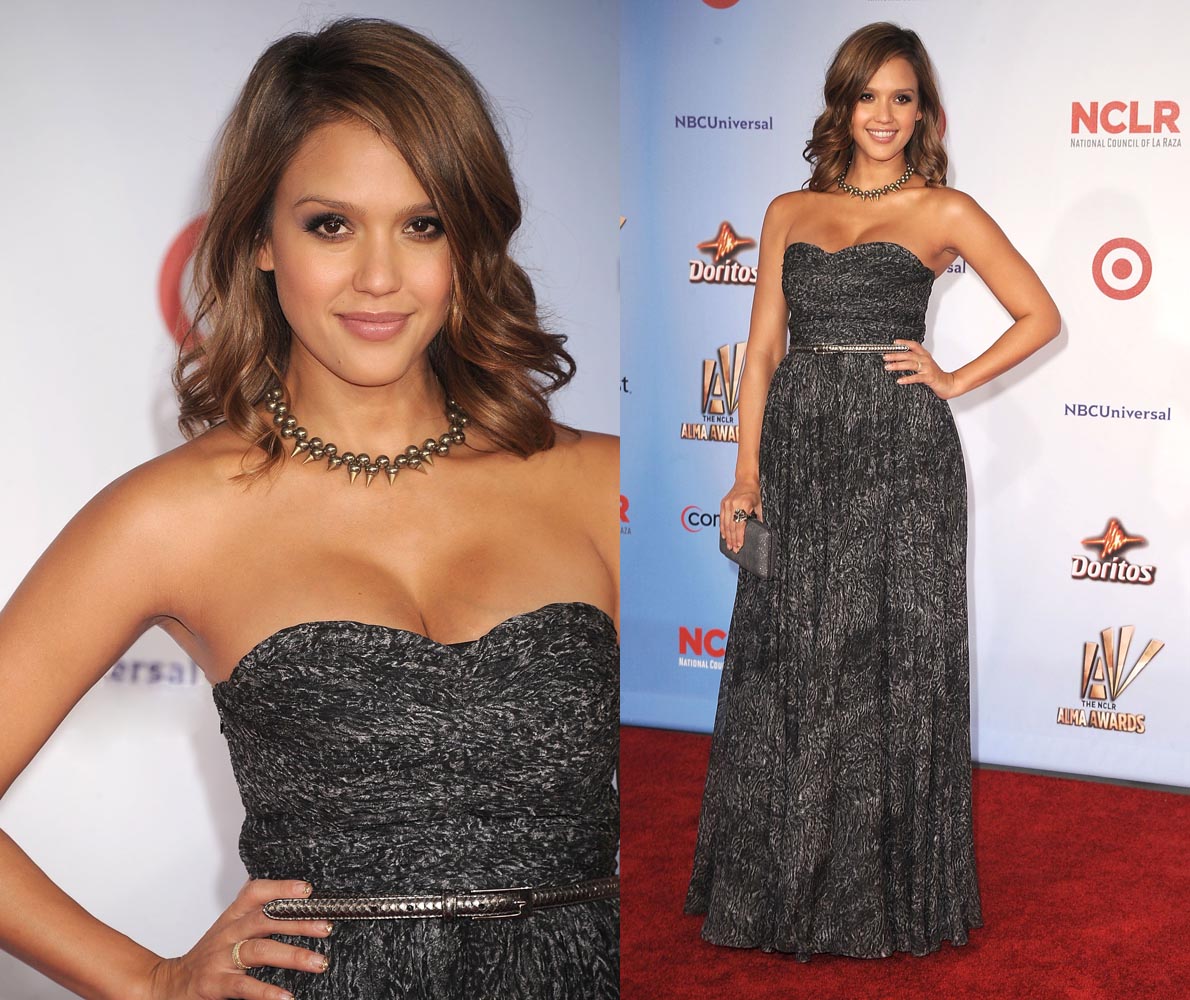 Alba doesn’t look half bad, especially considering the fact that less than a month ago, she gave birth to her second daughter, Haven Garner Warren. What a family of special names: Jessica, Cash, Honor, and Haven … one of these things is not like the other.

Demi Lovato wows at the 2011 ALMA Awards, September 10, 2011, where she won the award for Favorite TV Actress for her role in Disney Channel’s Sonny With A Chance.

Hilary Duff … The Next Indiana Jones?