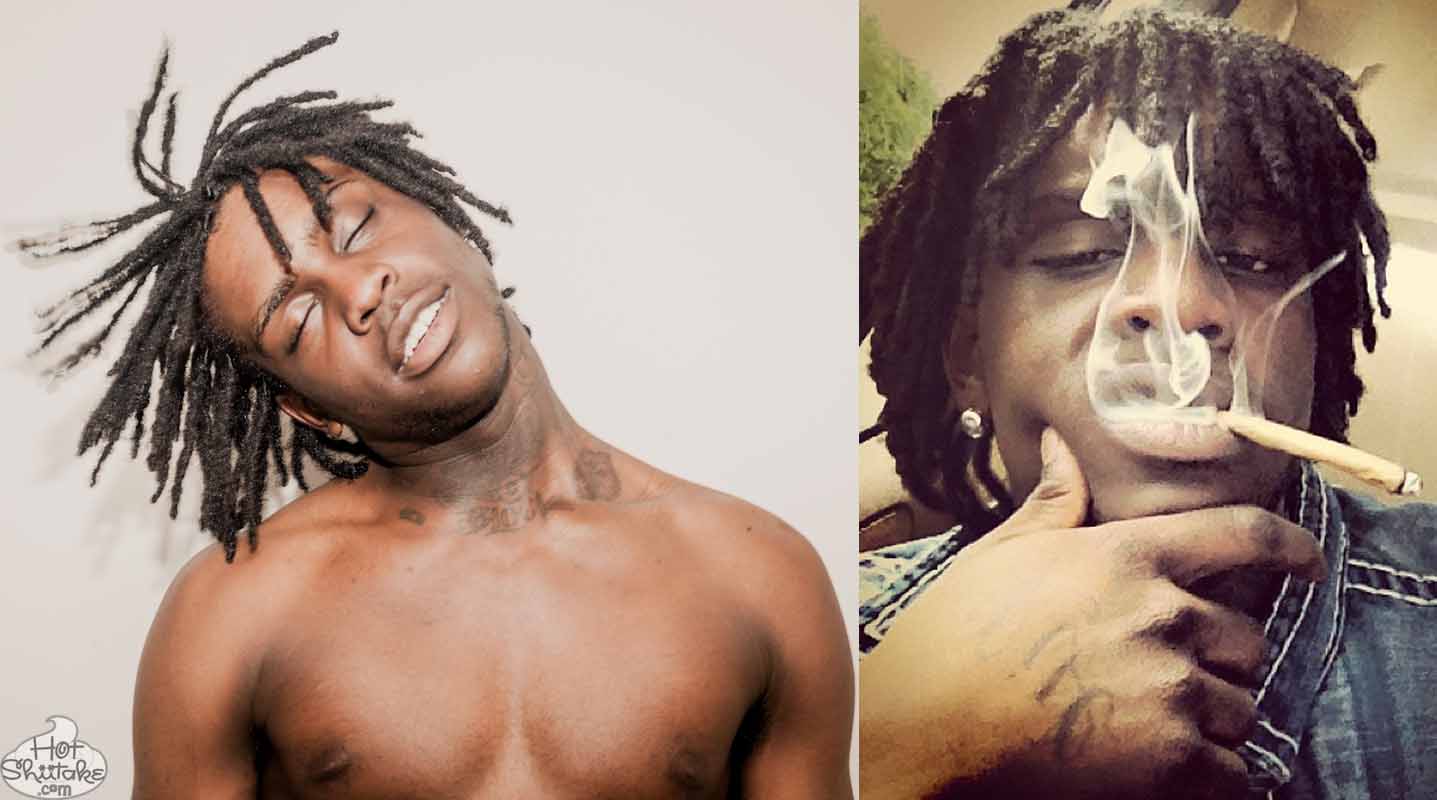 After being booked, Keef tweeted this touching message, complete with “Eyes Closed” smiley with gun to the head, and “Angry, Red-Faced” smiley:

It seems Keef is relatively proud of his latest point in the “street cred” books, because he also instagrammed his booking photo, along with “Laughing So Hard, I’m Crying” smiley: 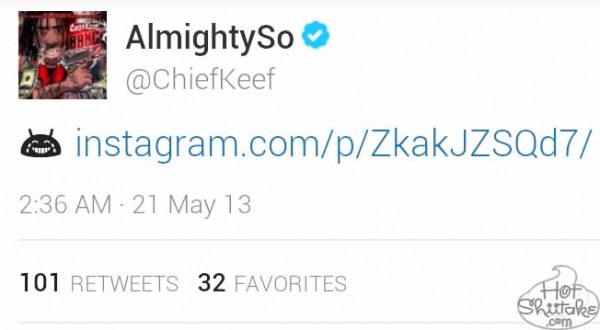 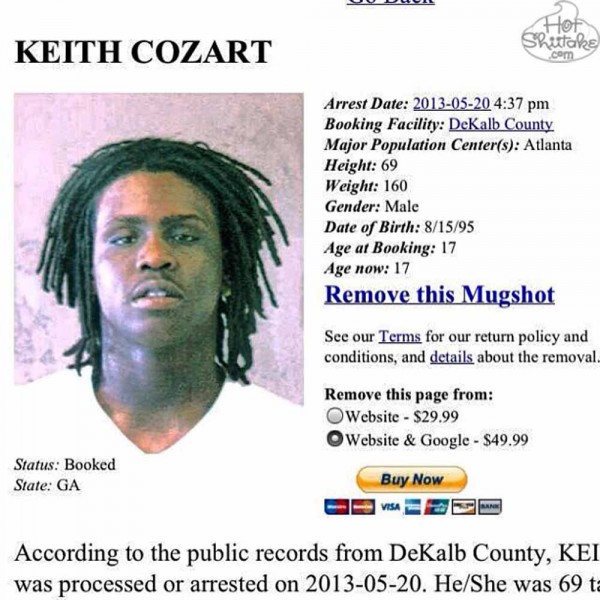 The following is audio of the hotel security guard calling 911 on Chief Keef and his homies. Apparently, the security guard knocked on Chief’s hotel room, trying to locate the source of a leak in the hotel, whereupon Chief and his boys let him in the room “as if it just didn’t even matter“. Upon entering the room, the so-called security guard bore witness to “a bunch of gentlemen rolling marijuana and smokin’ all in the room.” It seems the security guard was too ascared to handle such a dangerous situation all by himself, and decided to call the cops to take care of these frightening black males with long dreads…

As if all that isn’t funny enough, the security guard can’t even correctly spell the name of the hotel he works for. He states that the hotel is a Le Meridien Hotel, and proceeds to spell it for the 911 dispatcher, “L-E M-E-R-I-D-E-N”. Good grief. Chuckles all around.

Chief Keef — NERDIEST 911 Call Ever … ‘They Were Rolling Marijuana’

Chief Keef is no stranger to getting in trouble with the law, and as you may or may not recall, the 17-year-old rapper was just released from juvie two months ago, on March 14, 2013. He spent 60 days at the Illinois Youth Center (a juvenile detention facility) in St. Charles, Illinois for probation violation, stemming from a gun conviction in 2011, in which the young MC was caught on camera — as part of an interview, of course — holding a semiautomatic rifle at a New York gun range. What a smart young lad.

Chief Keef also has some run-of-the-rapper-mill baby mama drama, natch. He was sued for child support by a young woman (OK, more like a young child…. she’s still in middle school. MIDDLE SCHOOL!!), back in January 2013.

The girl claims Keef fathered her baby daughter back in 2011, meaning Chief Keef would’ve been 15, at the time. The exact age of the baby mama is unknown, but given the fact that she’s still in middle school, she was likely in 6th grade — 8th grade, at most — at the time she was knocked up by CK. That means she was between the ages of 11 to 14 when she became a mother. Kids grow up so fast, these days…

Who Is Chief Keef?

In case you’ve just finished reading all this, and still find yourself wondering who Chief Keef is and why on earth you should care about him, his arrest, and his other legal problems, we have the answers (don’t we always?).

Who is Chief Keef?
Chief Keef is a 17-year-old rapper from Chicago, Illinois.

Why should you care about Chief Keef?
Dunno, son. Do you.

Chief Keef has a song called “Hate Being Sober,” and we couldn’t think of anything more appropriate for the occasion… unless, of course, he had a song called “Arrested In A Hotel For Smoking Weed”.