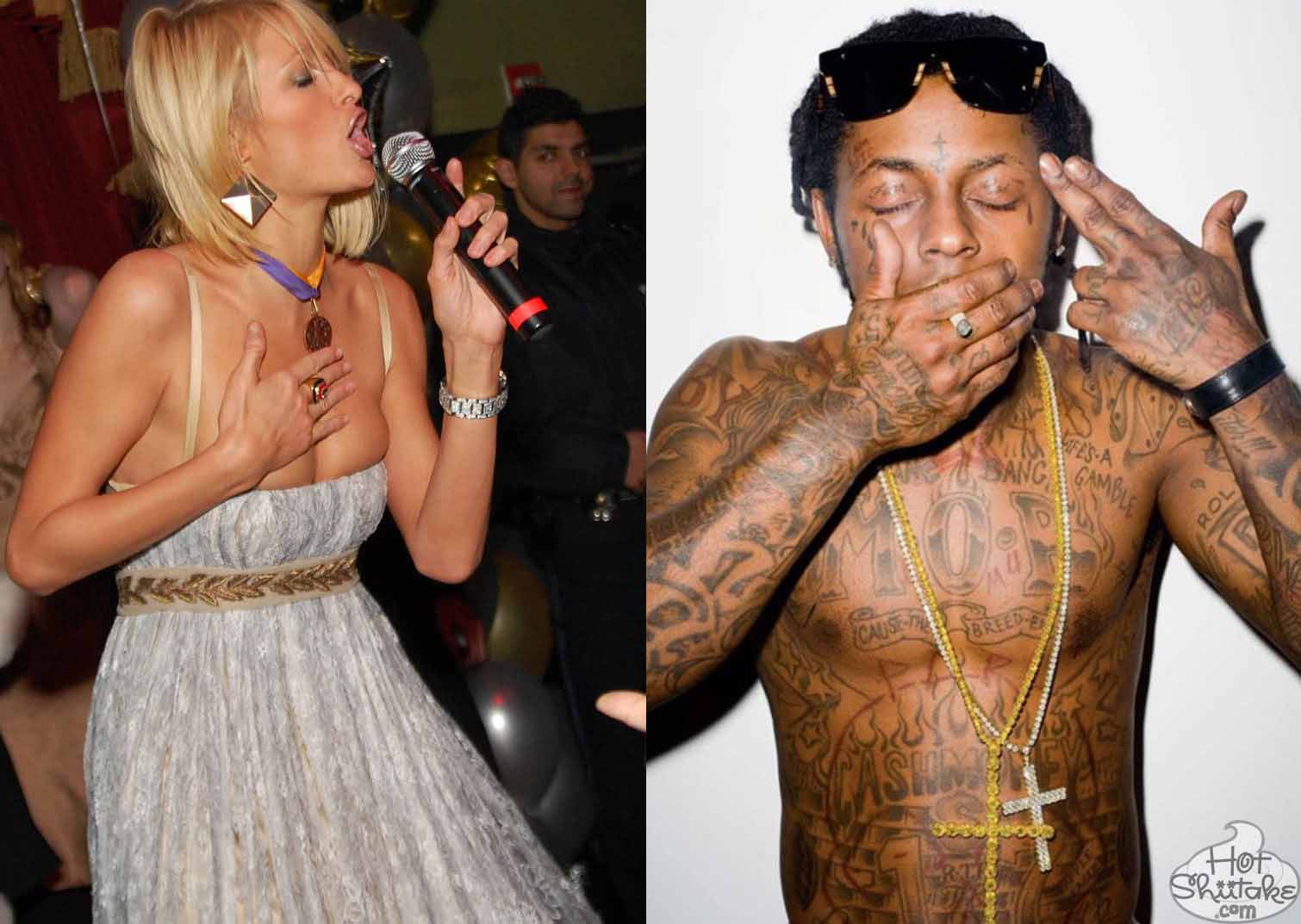 Perhaps all the seizing has affected the basic functioning of Lil Wayne‘s brain, because the sizzurp-sipping, seizure-afflicted rapper has just signed Paris Hilton to his record label, Cash Money Records.

News of Paris Hilton’s record deal has been confirmed by Lil Wayne’s rap mentor/father figure, Birdman, who tweeted from his handle, @BIRDMAN5STAR:

Along with news of this new recording contract, comes word that the heiress, 32, will be releasing her second album in the near future, giving new hope to the has-been’s career.

Yet, while Lil Wayne has given new hope to Paris Hilton’s so-called career, he has single-handedly destroyed all hope for humanity.

A New Paris Hilton Album: Why, God, WHY??

Yes, mankind is faced with many trials and tribulations, but certainly none greater than news of a looming Paris Hilton album. Is this really part of God’s will for our lives? Perhaps we are simply being tested. What doesn’t kill you makes you stronger; right? RIGHT??

After all, we have survived a Paris Hilton album before, and we must believe that we can survive it, once more.

Remember the last time Paris Hilton came out with an album? The year was 2006, and horrific obscenities, like Laguna Beach were being thrust into the faces of our nation’s youth. And through it all, we were forced to endure Paris’ debut album (self-titled, Paris, of course).

If any man hath ears, let them bleed.
https://www.youtube.com/watch?v=3h8UJ7Y2KhA

We thought we got off easy when we dodged that Gwyneth Paltrow record deal bullet…. how foolish we were.