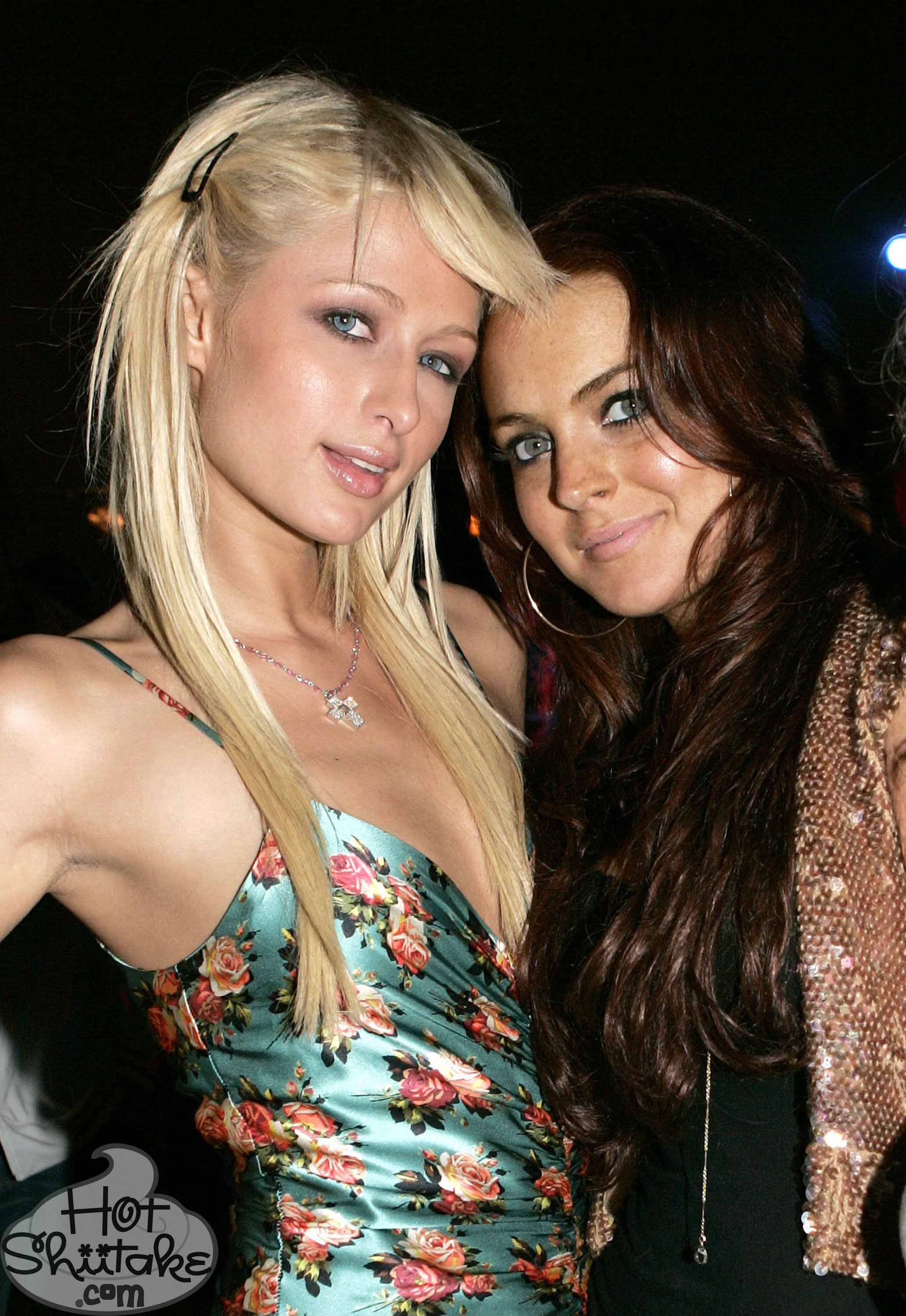 Remember when Lindsay Lohan was spotted at Paris Hilton‘s Malibu beach party at the beginning of the week, leading us all to wonder: are Lindsay Lohan & Paris Hilton friends again?
Well, LiLo & Pare-Pare have, like, totes been hanging out tons more this week, and they’re practically besties again.

Here’s a pic of the pair (along with mousey Nicky Hilton), partaking in some good, clean Hollywood fun last Friday, July 29, 2011:

LiLo & Paris: Nothing Can Come Between Two Frienemies

Here’s another pic of the once-again best friends for life, hugging out the past few years of mutual hatred, stained by one sweaty, cocaine-fueled fire-crotch rant (you can watch the very entertaining rant at the bottom of this post, courtesy of TMZ):

Also of note: Nicky Hilton is a gangly gargantuan with knees that could cut glass.

Spoiled rich kid, Brandon Davis, got his 15 seconds of fame, when he went on a rant about Lindsay Lohan , calling her a “fire crotch,” along with a whole slew of other insults, filling our hearts with joy.

Brandon even ventured to call LiLo poor, because she only has $7 million. Because, ya know, Brandon knows what it’s like to work hard for your money and make a name for yourself.

We’re not defending Lindsay — all evidence points to the fact that she is, indeed, a fire crotch — but Mr. Davis is spoiled rotten; not to mention, he’s sweating his face off, making us wonder just how much cocaine he bought with mommy and daddy’s money before going off on this rant about Fire Crotch LiLo. And don’t even get us started on Paris’ exaggerated, “look at me” laughing. What a good friend…

Anywho… now that we know Lilo & Pare-Pare are total besties again, only one question remains: Will Paris Hilton ever stop looking like such an over-accessorized wildabeast?