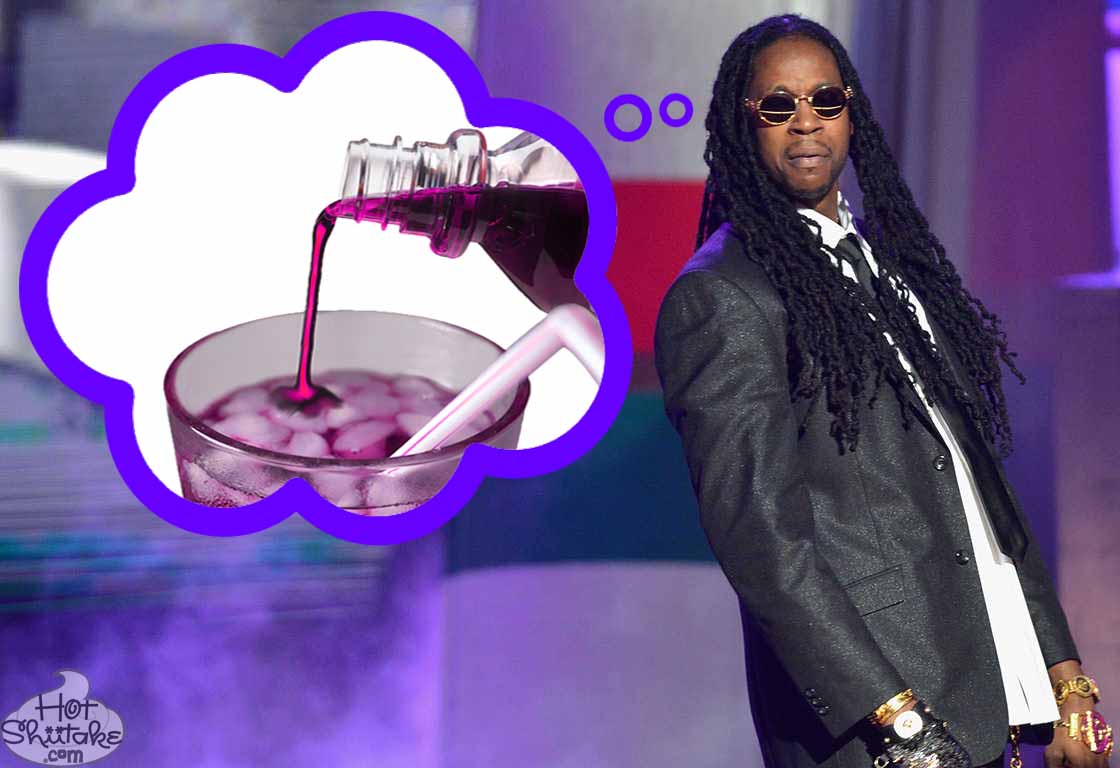 Earlier today, June 11, 2013, 2 Chainz was arrested at LAX for possession of marijuana, but he had less than an ounce on him, so what gives?

Reportedly, 2 Chainz, real name Tauheed Epps (hilariously formerly known as Tity Boi), was trying to board a plane, when cops found weed on his person.

As we all know, the number one rule of travel is: always keep your drugs safely tucked away inside your checked luggage. Duh.

Because 2 Chainz, 35, isn’t a savvy traveller, he was arrested in Terminal 5 of LAX, but it was soon revealed that weed wasn’t the weal pwoblem…

TMZ’s law enforcement informants tell them that 2 Chainz was booked on felony narcotics possession, as he was in possession of Promethazine, one of  two main ingredients in sizzurp (AKA “Purple Drank”), a codeine drink notorious within the hip-hop community.

Sizzurp has been making quite a few headlines lately, and was reportedly the cause of Lil Wayne‘s seizures — and it’s one of the rapper’s favorite thirst-quenchers. Sizzurp has also been rumored to be a vice of the increasingly douchey Justin Bieber, and has claimed the life of more than one wayward soul.

Just yesterday, our boy, 2 Chainz, was tweeting about how much he loved San Francisco pot…

Rule# 3 we definitely got geeked up in San Fran , best smoke in the world. 2 blessed 2 stress

2 Chainz? After his arrest, it’s more like 2 Cuffs, amirite?? Whatever.

And now, for your listening/viewing pleasure: 2 Chainz’s music video for “I’m Different”.

More On 2 Chainz Arrest At LAX