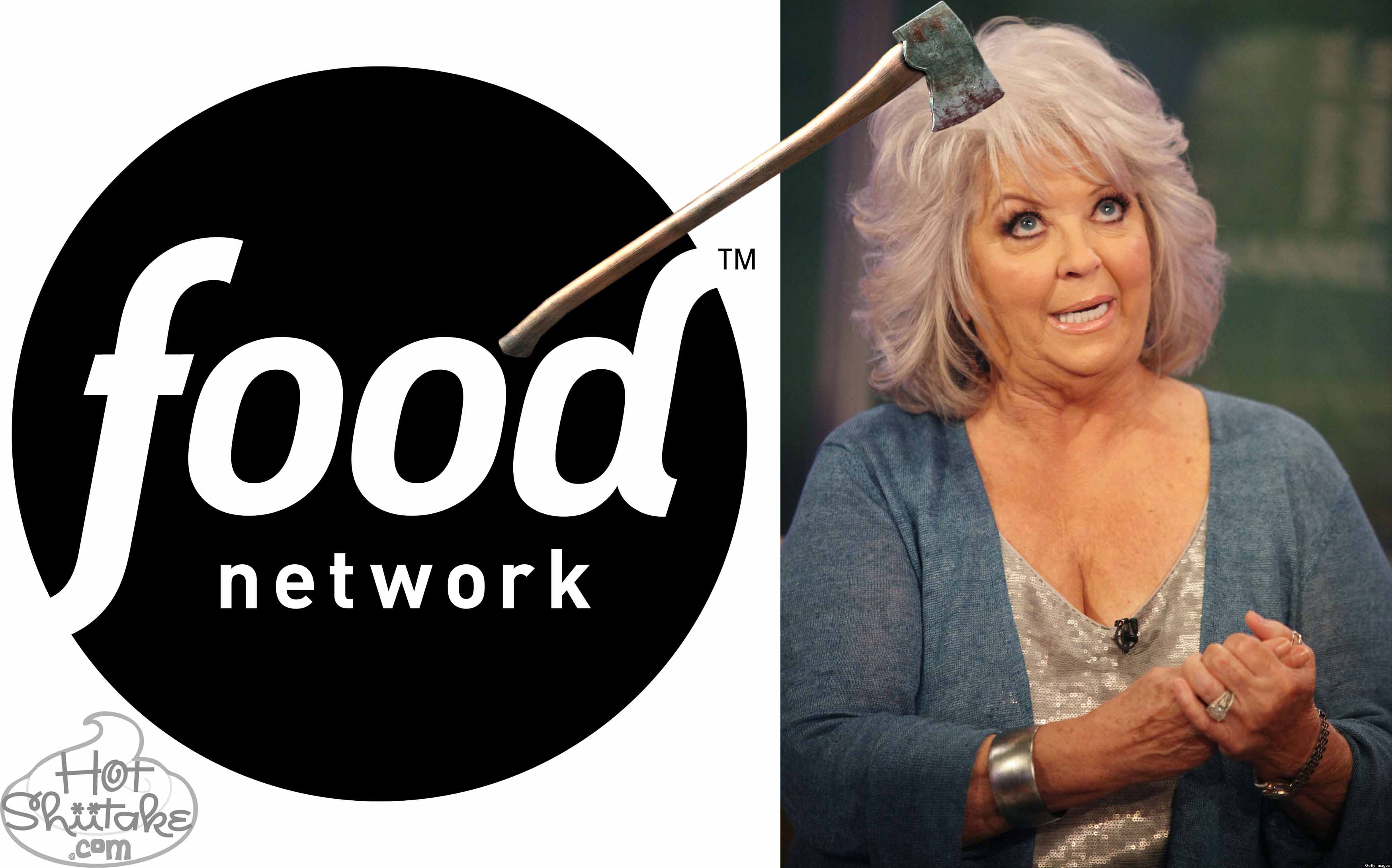 Last month, it was revealed that Paula Deen is the truest, purest form of Southener: an old, white racist…

After Food Network chef, Paula Deen, admitted to using the n-word (yes, that n-word; and yes, the version that ends in “-er” — not that any form is acceptable for a white person to use…) in a video deposition as part of a discrimination lawsuit against her, the Food Network has lowered the axe, and will not be renewing the once-beloved southern chef’s contract, which is set to expire at the end of this month.

As Paula Deen’s life seems to be heading in a downward spiral, we wonder if she’ll turn to her famous comfort food, as a means of coping with the pain. Celebrity weight gain, here we come, ya’ll!

Paula Deen made the following apology video after “spending all day soul searching and trying to figure out how to deal with what [she] did. . .  trying to do the right thing”  and kinda-sorta offered an apology for using racial slurs, as well as for ditching the interview she had scheduled with Matt Lauer on the Today show this morning (Friday, June 21, 2013).

In the video, Paula states that “the pain has been tremendous that I have cause to myself (pause) and to others.” We find it interesting that she chose to emphasize her own pain, before the pain she’s caused others… but hey, she was raised in the South, and the edju-muh-cation system ain’t too good down there…

If she weren’t an old racist, this would almost be sad… we wanted to like you, Paula Deen, we really did.

So, whadduya think of Paula Deen getting fired by the Food Network? And how’s about them racial slurs, ya’ll? Is Paula sorry she did it, or just sorry she got caught?