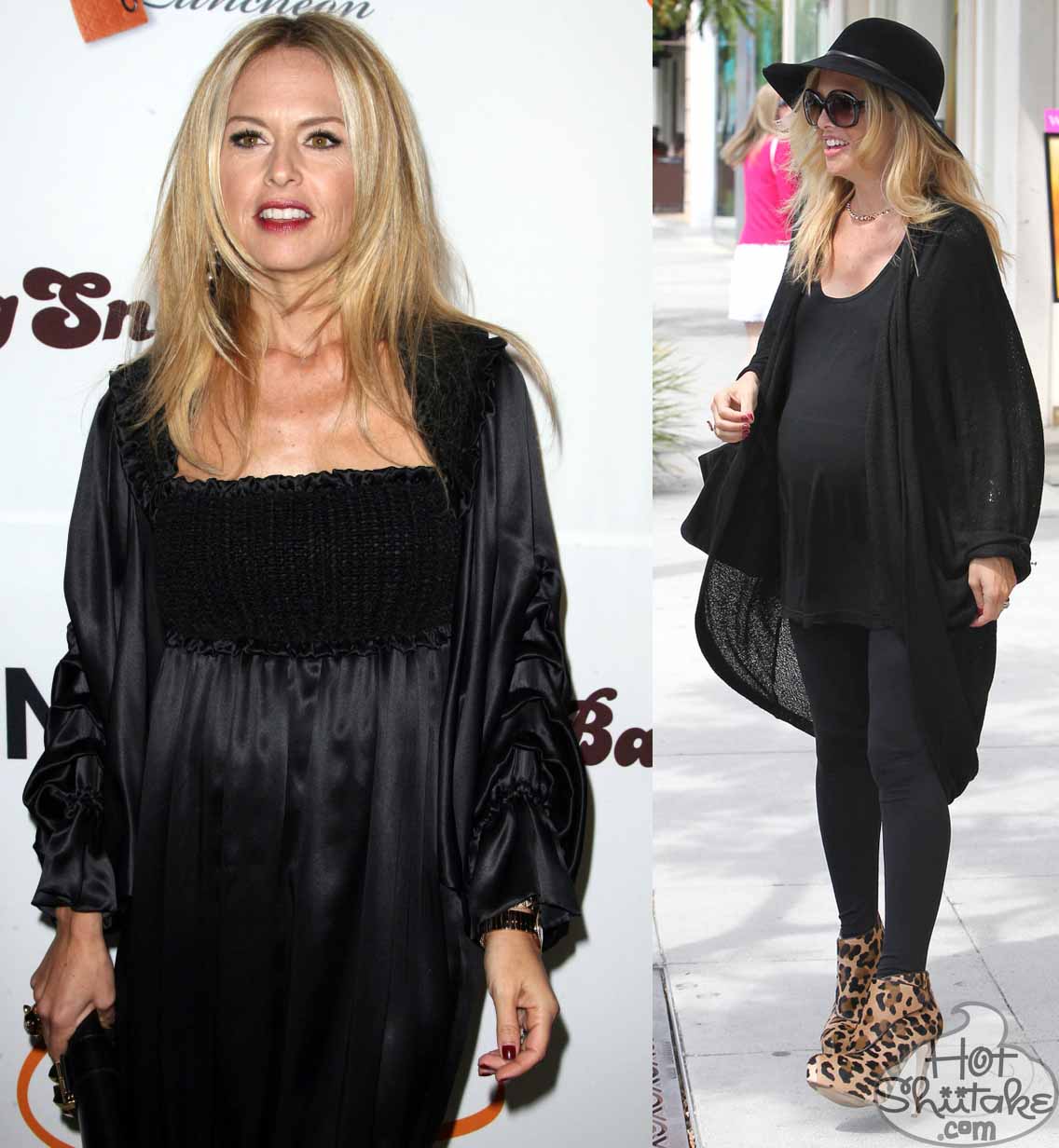 Everyone’s favorite celebrity stylist and “raisin face” (props to Nicole Richie, best nicknamer ever, on that one), Rachel Zoe, 41, has defied nature and gotten pregnant for the second time.

Is Rachel Zoe a secret wizard? Because we don’t have a clue how someone who eats as little and smokes as much as she does could possibly be capable of procreation once, let alone twice… the only plausible explanation is that the celebrity stylist has secret wizard powers. 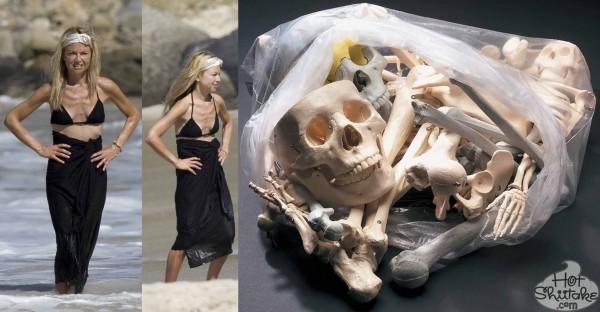 Who knew a bag of bones could get pregnant? — You could “litch-rully” use Rachel Zoe’s bony chest as a xylophone. (Click on the image to see those bones up close.)

RZ’s first son, Skyler Morrison Berman, was born on March 22, 2011. Skyler’s dad is Rachel’s husband, Rodger Berman (Rachel Zoe married Rodger Berman in 1996, and the man must “litch-rully” be a saint for putting up with Rachel’s glottal Valley girl voice, superficiality, and chain-smoking for 17 long years).

Rachel Zoe’s first pregnancy sparked the following hilarious parody of The Rachel Zoe Project. Watch Rachel talk about how her uterus is “litch-rully dead,” her vagina “litch-rully” exploding, her plan to make lattes with her breast milk, and more fun junk. In the immortal words of Zoe, herself: “Buh-na-nuhs”.

Oh, and don’t worry about Rachel’s baby spitting up on its couture baby duds, because the baby won’t be eating — no one likes a fat baby, after all.

Rachel Zoe’s Parenting Attacked By Moms With Time To Kill

Recently, Rachel Zoe has faced the wrath of the mommy bloggers (hell hath no fury, amirite?). What did she do to incur their wrath? She never cuts her son’s hair — like, ever. 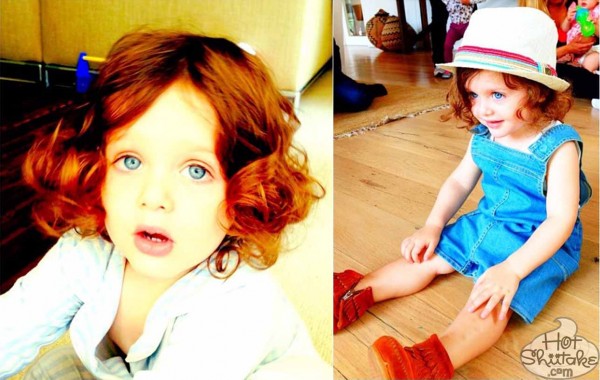 After posting pictures of her son on Instagram (shown above), she received some pretty fun comments, like:

“I guess you wanted a daughter.” “Cut his hair. He looks like a girl,” and our personal favorite, “omg ew”.

Now, we’re not going to tell anyone how to raise their children, because parenting is freakin’ hard, and we wouldn’t wish parenthood upon our worst enemies.

That being said, there are certain things believed to be generally accepted rules of parenting. Things like: don’t beat your children (unless they really, super-duper deserve it), don’t give your kid some freakish name (Apple Martin, Sage Moonblood Stallone, and Prince Michael “Blanket” Jackson II are all destined to be curb-stomped by the other kids on the playground), and don’t intentionally make your child look like a freakshow (for the same curb-stomp reason as giving your child some weird, freakish name).

At just two years old, Zoe’s son, Skyler, has no idea what he’s doing with his life, and is innocently unaware of the rude awakening, via curb-stomp, that he’s in for, the moment he socializes with another child. Does neglecting to attempt the prevention of future bullying make Rachel Zoe a bad mom? We never like to judge, and we can’t really give a definitive answer on this one… but yes; yes, it most definitely does.