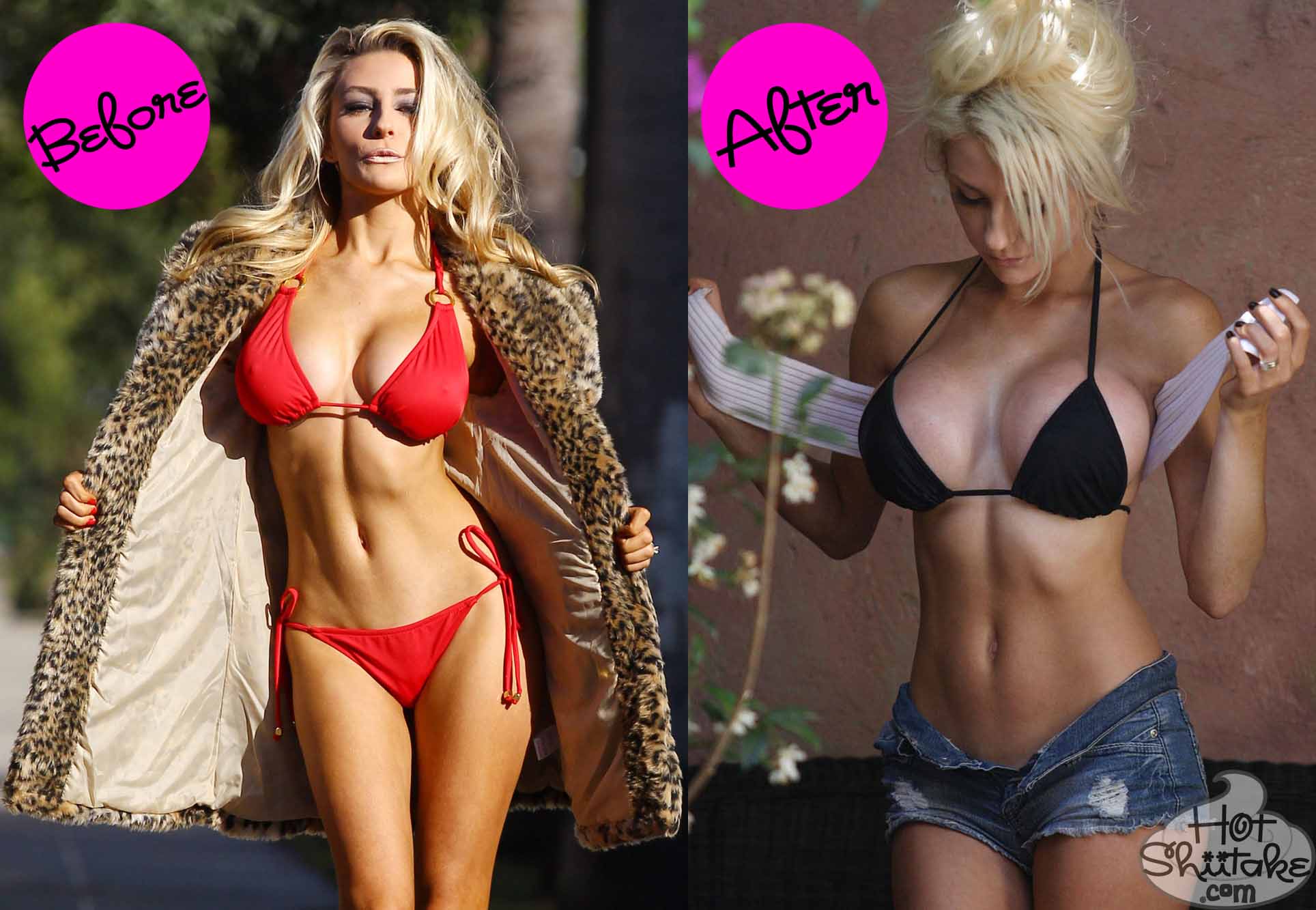 Everyone’s favorite wannabe-celebrity/hot-mess-in-training/aspiring-whatever, Courtney Stodden, 18, has gone under the plastic surgeon’s knife… what happened to being “rill”?

Yep. Courtney Stodden got a boob job. When she was just a 16-year-old bride with a YouTube channel (not that she’s much more than that now…), she posted a video, yammering on and on about how “rill” (in English: real) she was, while periodically stopping to stare at her own manicure. That video has since been set to private (these are dark, dark days, you guys), but not to worry — Courtney has given us plenty of material to talk about…

In 2011, Courtney Stodden was so outraged that people dared to speculate that she would stoop so low as to have plastic surgery, that she went on Dr. Drew‘s show, Lifechangers, for a life-changing, nationally televised breast ultrasound… how could you not love this girl?

Here’s part one of Courtney’s breast ultrasound, where Dr. Drew yammers on and on about rumors that Courtney had undergone breast augmentation surgery, while Courtney nods her head, licks her lips, and shows off her glorious tranny makeup.

Now, here’s the part that really matters (because finding out if a D-list celebrity has real or fake boobs is so vitally important): the results of Courtney Stodden’s breast ultrasound: ARE THEY REALZIES OR FAKESIES?? The suspense is killing us.

Well, after all that hullabaloo, Courtney Stodden “just went and got [her] breasts to a double-D,” she tells E!, adding that she feels “very confident,” now that her days as a natural-breasted blonde bimbo are officially behind her. It sounds like Courtney was actually aiming to create an even more comical, cartoon-ish look than she had “naturally,” because she also told E!, “I love the way my shape looks [after surgery], it looks more Jessica Rabbit-y, and it just makes me feel more sexy; more like a woman.” More “Jessica Rabbit-y“? Alrighty then. 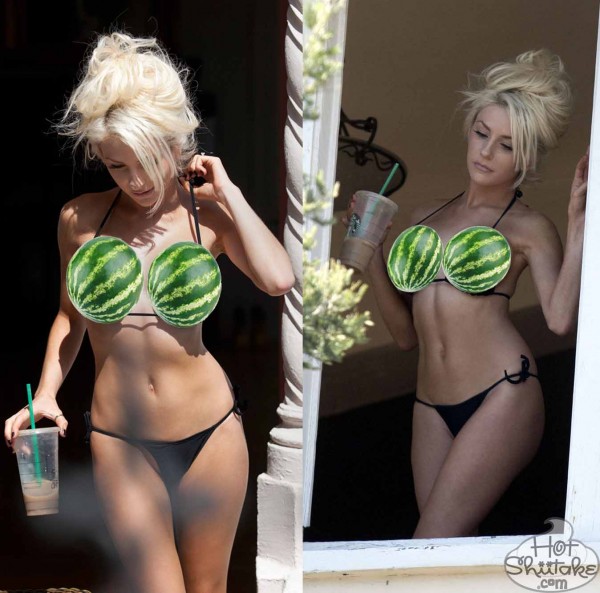 OK, OK, we kid. Here are the real pics of Courtney Stodden’s new boobs after her recent plastic surgery took her breast size from a C- to a DD-cup (but the real pics look pretty durn-tootin’ close to the doctored image above, dontcha think?). 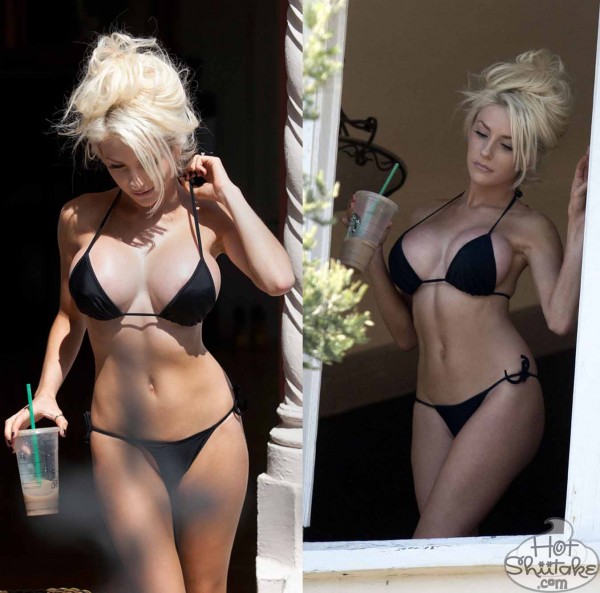 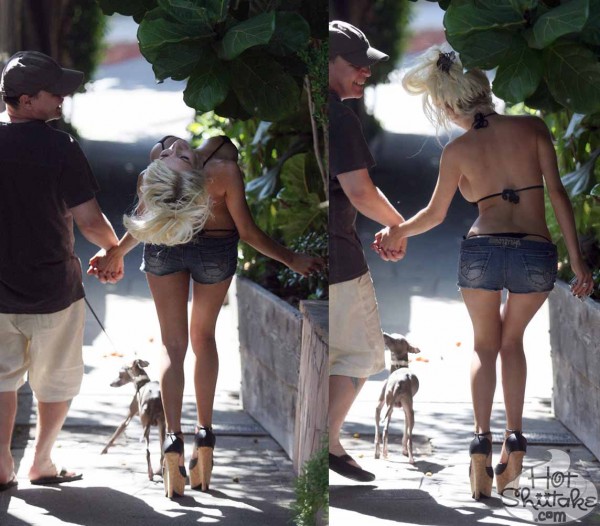 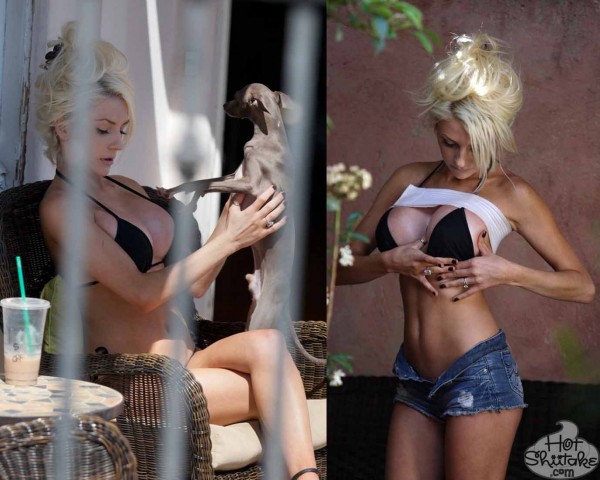 Paws off, pup, those precious boobies are for Courtney’s hands, only! 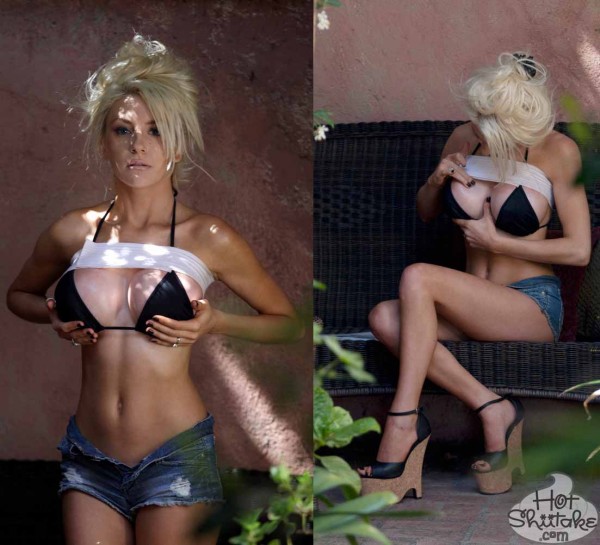 Courtney conducts an intense self-examination. It’s rare to see such an acute awareness of the importance of breast health at such a young age. Good for her. 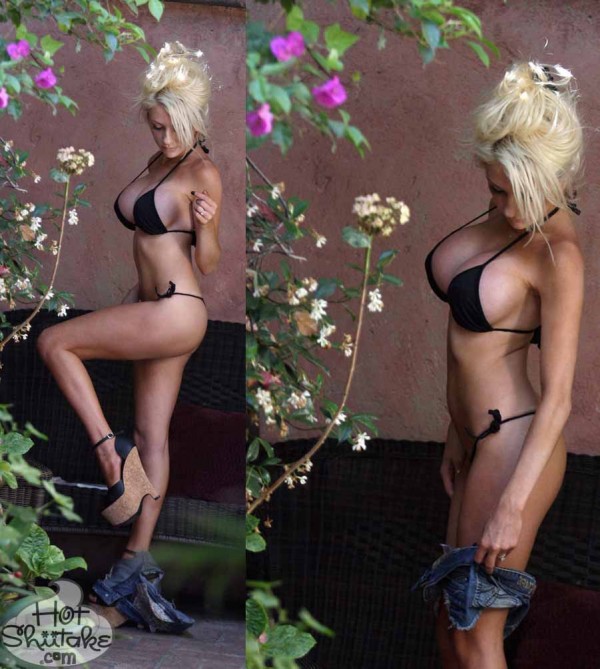 In the video below, Courtney talks all about her decision to get plastic surgery. The teen bride of Doug Hutchison, 53, is even kind enough to take us inside her plastic surgeon’s office with her. Thus, we learn that she got the least-natural-looking type of implant: saline. Good for her.

We also get to see Court-Court’s ultra-fab hair clip (perhaps she’s taking a page out of Snooki‘s book?). Even better, we get to see Mrs. Hutchison get prepped for surgery, as well as the whole after-surgery, just-waking-up-from-a-drug-stupor bit. It’s times like these that we just really love America — because, only in America, do celebrities feel such an irresistable urge to overshare — please excuse us while we well up with patriotic pride.

OK, OK, enough chit-chat, time for that vid (even more to enjoy: at the 4:25 mark, Courtney’s plastic surgeon literally calls himself Michelangelo… we’re guessing he’s referring to the sculptor, not the Ninja Turtle. The doc also makes sure to throw in a good number of other obligatory self-promotional remarks. Ahh, Beverly Hills.):

Ya know what? We’re happy Courtney got implants, because as she tells us, she was previously living a lie; wearing padded bras to give the illusion that her naturally respectable cup size was more clown-boob-sized than it really was. HOW COULD SHE LIE TO US?

Are you as overjoyed about Courtney Stodden’s boob job as we are? More importantly, do you feel as betrayed by Courtney’s lies about her breast size as we do? We shall cry ourselves to sleep tonight.