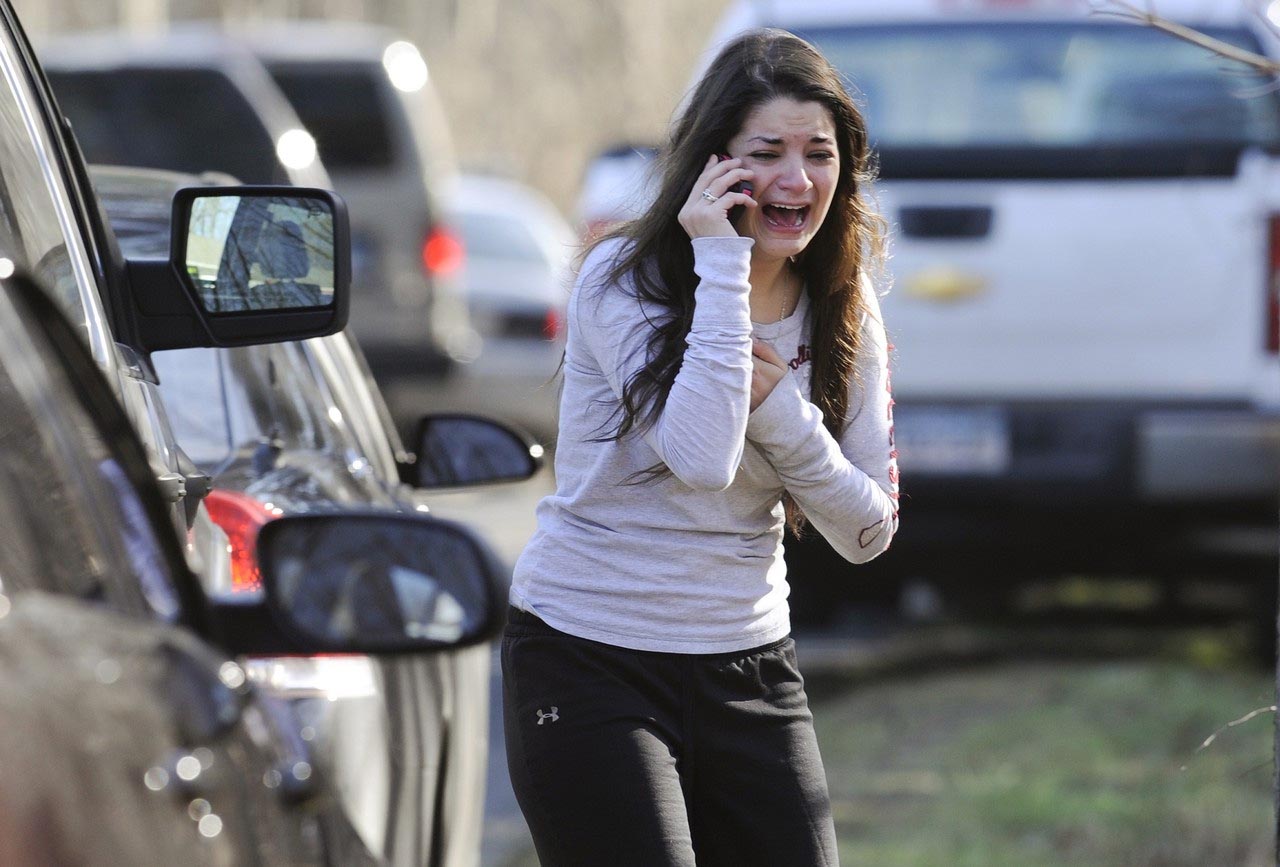 As early reports of the Newtown, Connecticut school shooting emerged on the morning of Friday, December 14, 2012, there was an especially haunting image from outside of Sandy Hook Elementary School, showing a young woman screaming and crying into her cell phone. This photo was captioned simply, “a woman waiting to hear about her sister, a teacher, following the shooting” – leaving many to wonder just who this young woman was, and to hope, as she certainly must have hoped, that her sister made it out of the school unharmed.

The look captured on this young woman’s face is a look of pure anguish, and conveys the heart-wrenching panic, confusion, and desperation that she, and the loved ones of all the victims of the Sandy Hook shooting, must have felt when they were given the devastating news that a gunman had opened fire on an elementary school in a Connecticut town that one parent described as “the safest place in America”. One can only imagine how much pain this young woman must have been feeling, not knowing if she would ever see her sister again; or perhaps she had already received the terrible news that her sister was, indeed, one of the victims of this heinous tragedy.

As more and more details of this horrific mass shooting are revealed, some of the nation’s questions about the Sandy Hook victims have been answered, and we now know the identity of the woman pictured outside of the Newtown elementary school. Sadly, the woman in this memorable photograph is Jillian Soto, the sister of Victoria ‘Vicki’ Soto, 27, one of the teachers killed in Adam Lanza’s unthinkable rampage upon a school full of young children.

Victoria Soto Threw Herself In Front Of Gunman To Save Students

Though Jillian Soto may never fully heal from the gaping wound that her heart has undoubtedly suffered at the sudden, tragic loss of her sister, we can only hope that she and her family might take some small comfort in the knowledge that Vicki Soto will be forever remembered as a hero, as she made the ultimate sacrifice and died protecting the students she referred to as her kids.

Hundreds of people showed up to a candlelight vigil, held in memory of Vicki Soto and the other victims of the Sandy Hook shooting, on Saturday, December 15, 2012 in Stratford, Connecticut — Miss Soto’s hometown — on the Town Hall Green.

Pictured above, Jillian Soto (center) says a word, thanking those who showed up to remember her sister. Standing with her are her sister, Carly Soto (left) and family friend, Louis Sanchez (right).

What do you think of the horrific shooting at Sandy Hook Elementary School? Should the United States have stricter gun control laws; or is there another solution to prevent others from going through the same devastating loss as Jillian, whose sister, Vicki Soto, was killed in the tragic events that unfolded in Newtown, CT? Let us know your thoughts in the comments below.