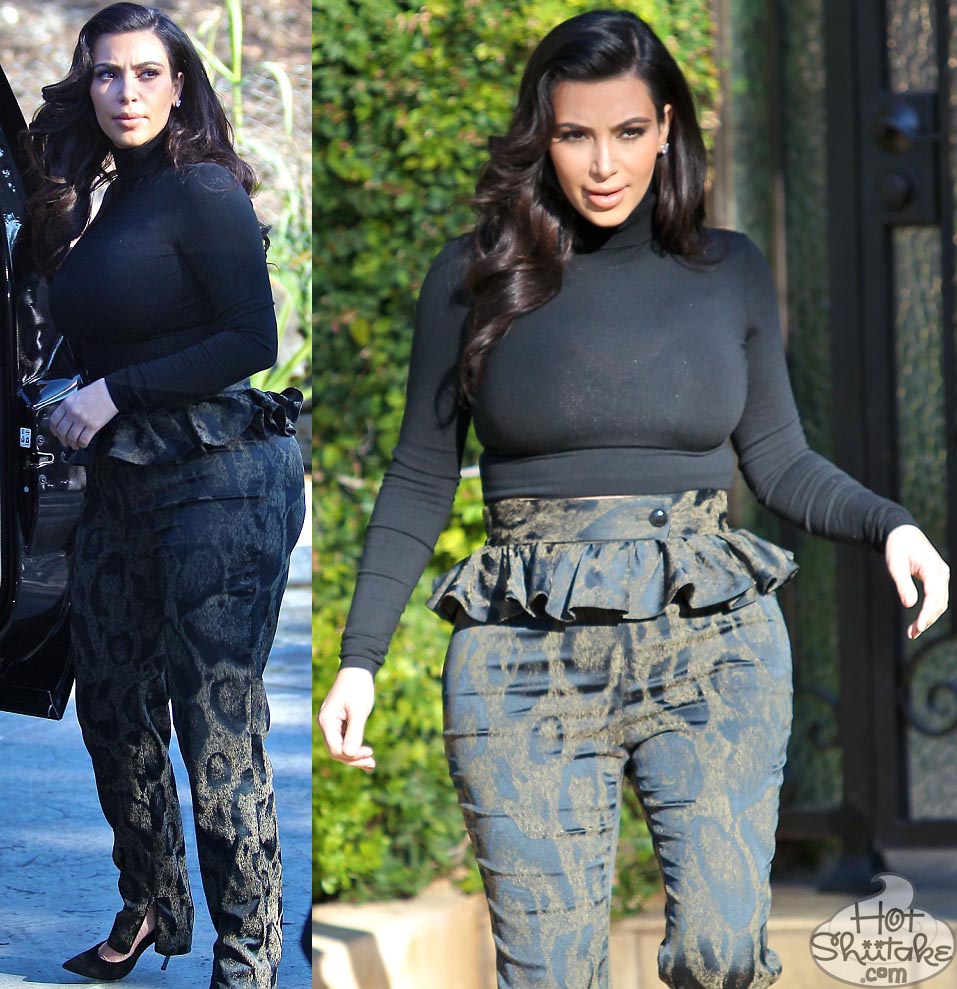 Forget about the economy, the war in Iraq, the starving children in Africa — DROP EVERYTHING, because the terrorists have launched their latest attack on America. The devil takes many forms, and this time, the devil is not wearing sheep’s clothing. Nay, he is rearing his ugly head in all its fury. Yes; the devil and Kim Kardashian‘s maternity pants are most certainly one and the same.

As we all know, the Kardashian Klan’s biggest “superstar” is pregnant with Kanye West‘s baby. Ever since news of this looming Kimye baby broke, the watchful eye of the entertainment media has fixed its unwavering stare upon Kim Kardashian’s pregnancy style — and on Friday, February 22, the fear of god was struck into the souls of gossip hounds everywhere, when Kim called upon the devil and stuffed her growing baby bump into this execrable ensemble: 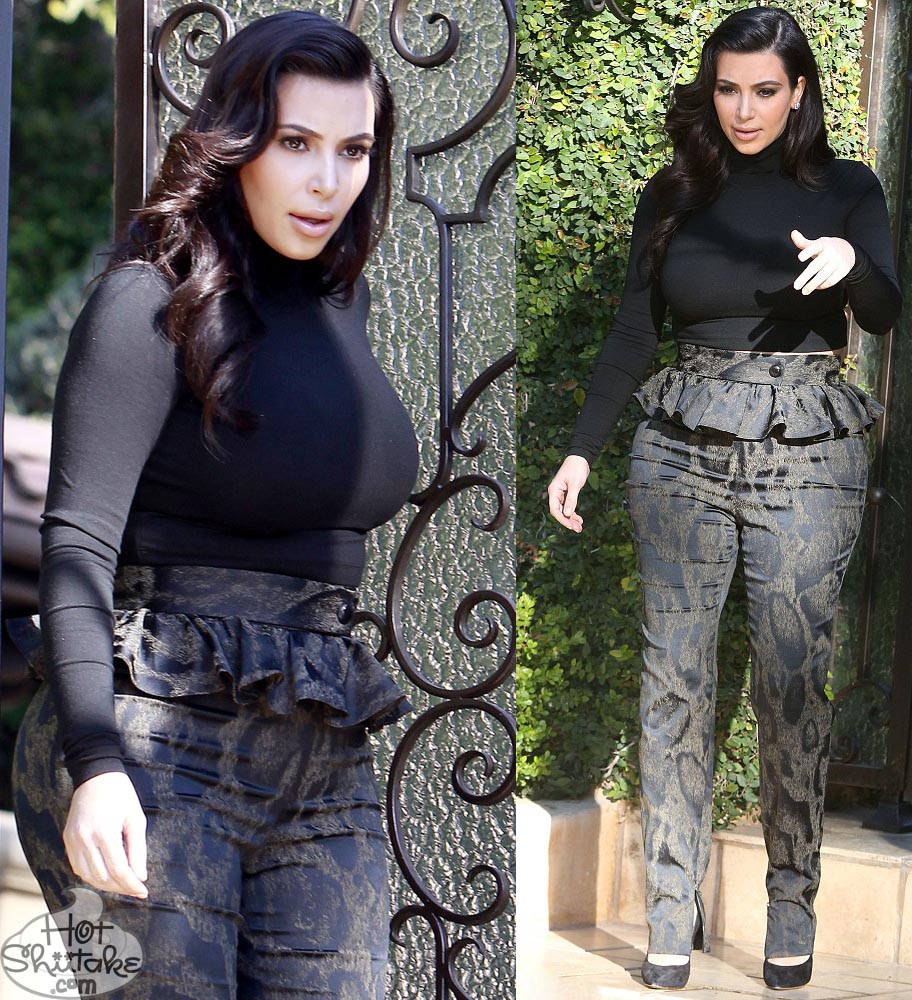 Kimmy’s clown pants raise some seriously deep existential questions. The most pressing of which is: WHAT THE F#@%?!? We get the sense that they’re supposed to be some type of animal-ish print, but what animal, exactly? A Leopard? Cobra? Cheetah? Giraffe? One of the mythical beasts from Avatar?

There is absolutely nothing right with these knickers. But even if they didn’t have that hideous ruffled flap, the mysterious animal-esque print barfed onto these pants should be reason enough to incinerate this abhorrent pair of pregnancy pantalones.

But can they be destroyed by fire?

Kim Kardashian’s pants are very obviously the product of an ancient evil, and it’s unlikely that any mere mortal tools will be able to ensure their complete destruction. To be safe, we’d better phone up our old pal, Frodo Baggins, and send him off with these terrifying trousers on another mission to the fires of Mount Doom. 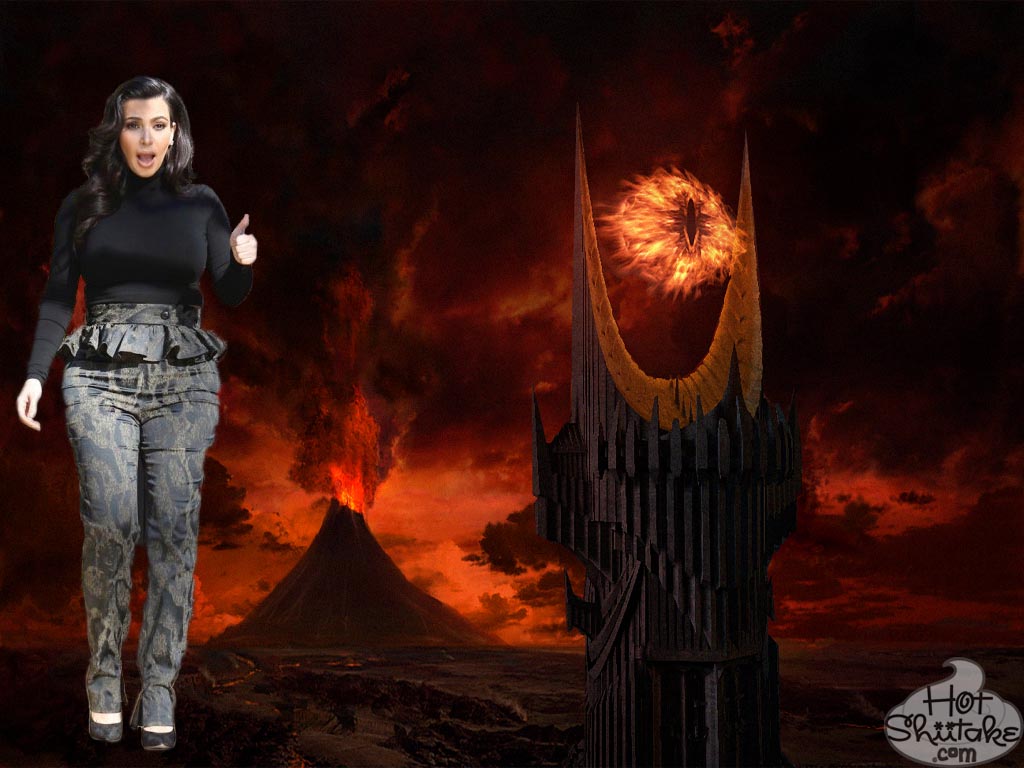 Ahh, yes, the crop top; every pregnant woman’s go-to style on days when they’re just feeling “blech”. Known the world over for hiding flaws with its bare-your-belly style, the crop top can also be kinda-sorta-tucked into high-waisted mom-pants, for an über-flattering look. 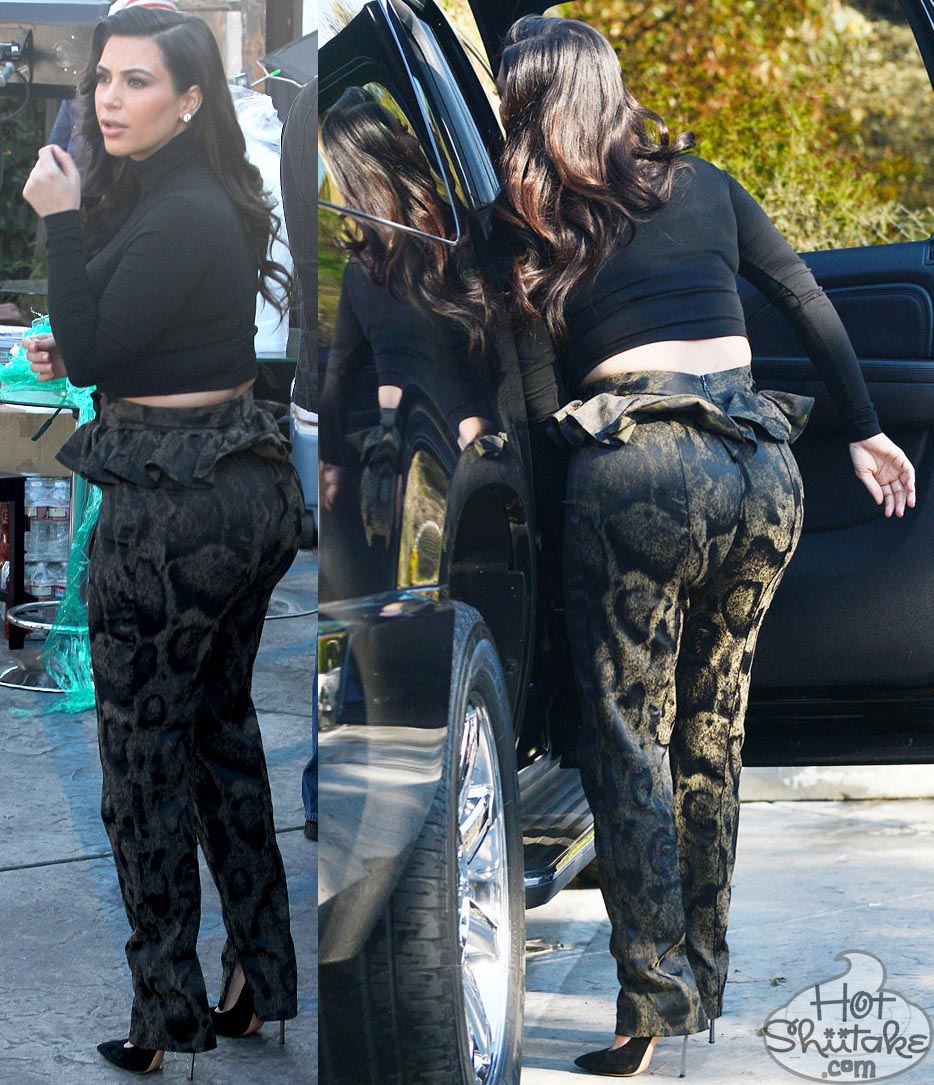 Yes, my friends, we are under siege; the devil is attacking us on all sides. WE MUST REBUKE THIS WITCHCRAFT. 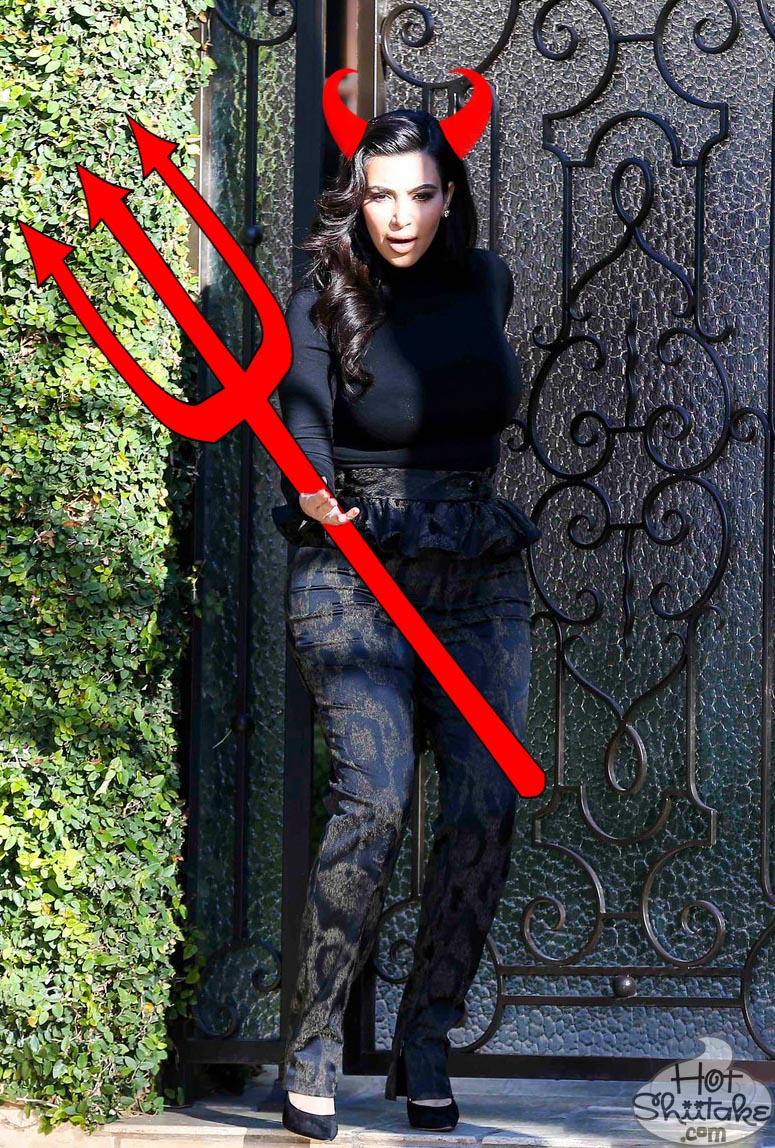 May god help us through these trying times.