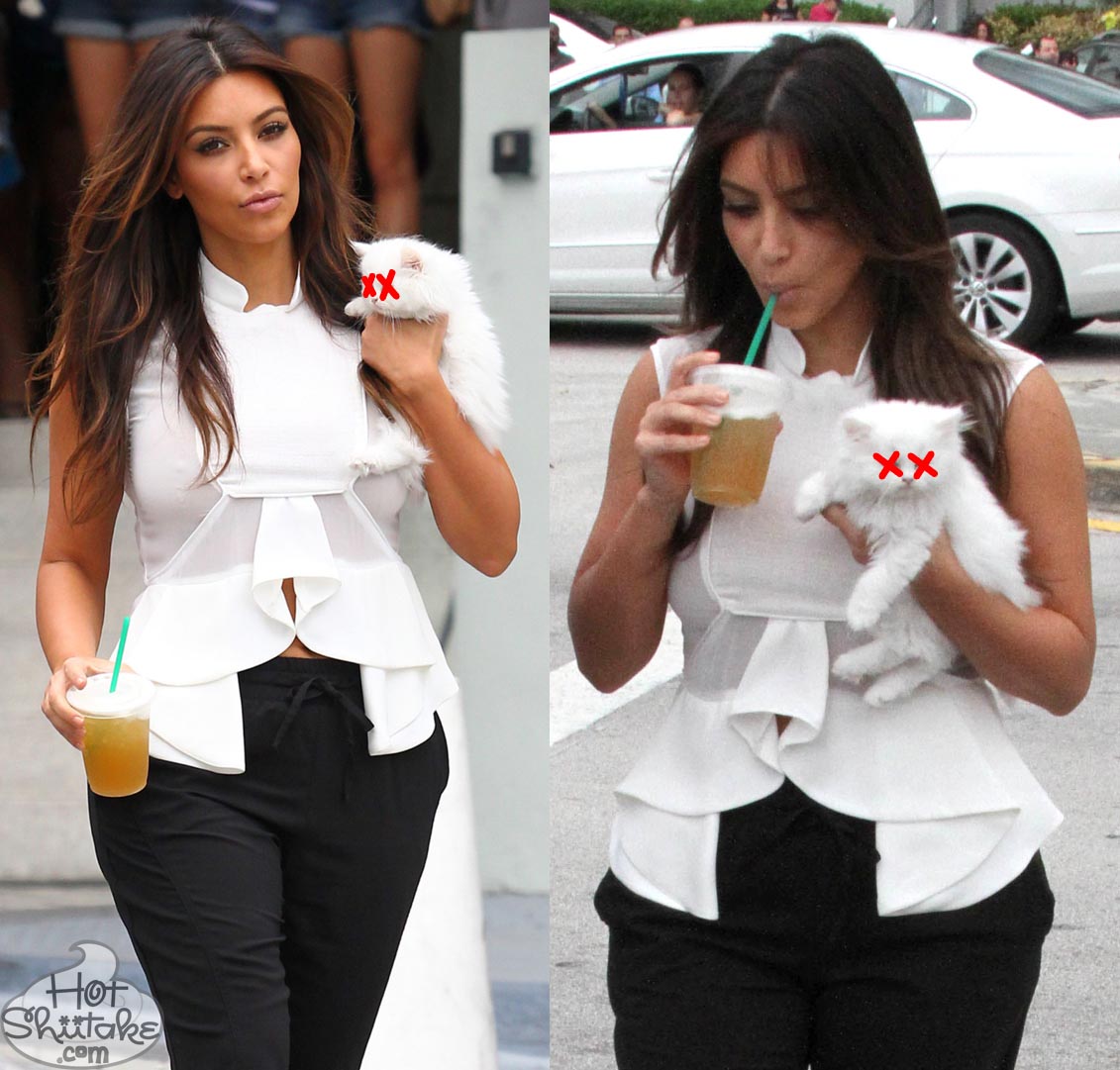 We’re not gonna pretend to be a cat-loving site (they’re wretched creatures, and Hot Shiitake’s lunatic-in-chief happens to be allergic — just like Kimmy), but Mercy Kardashian was kuddly-kyoot, and the poor thing was only four months old when she died — plus, it’s not Mercy’s fault she was so kruelly thrust into the Kardashian family — so it’s kinda sad. (Hey, we’re not completely heartless — only about 99.9%.)

Anywho, a Kardashian death is a BFD (like, obviiii), so since we’ve already jumped all-in on this kat thing, let’s take a look back at the short life of Mercy — and poke some fun at Kim, while we’re at it.

Remember when Kim got PETA all angried up by doing this?: 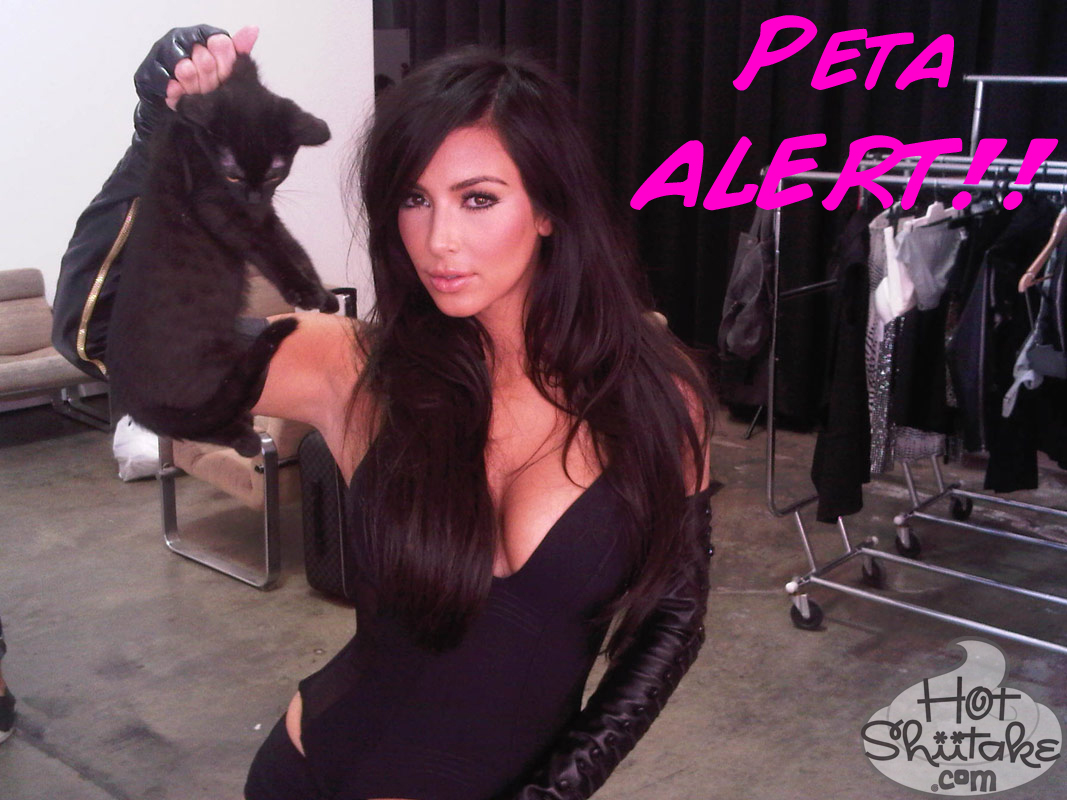 Looks like Kim is (well, was) still torturing cats. 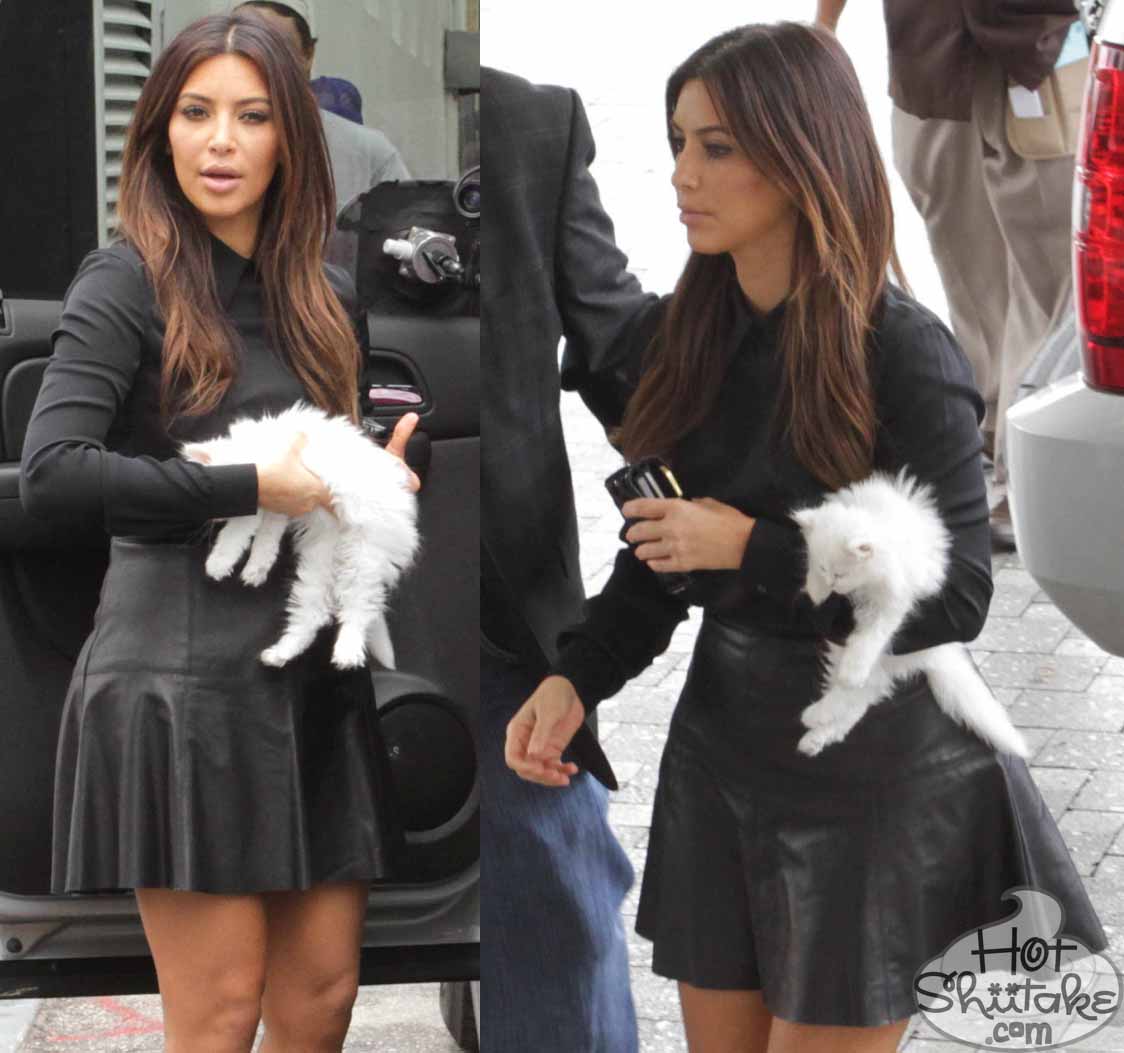 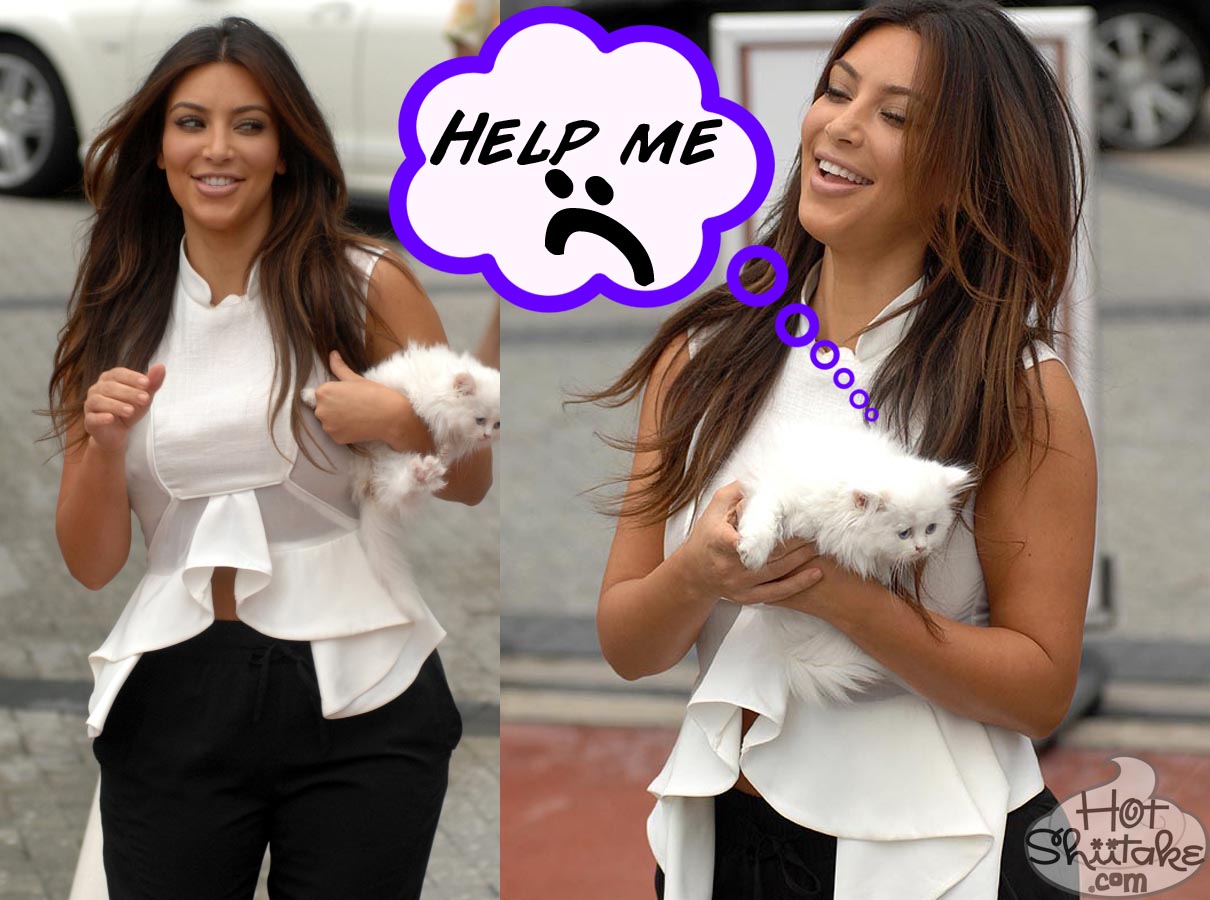 Kim, mua-ha-ha-ing at her cat’s desperate cry for help. 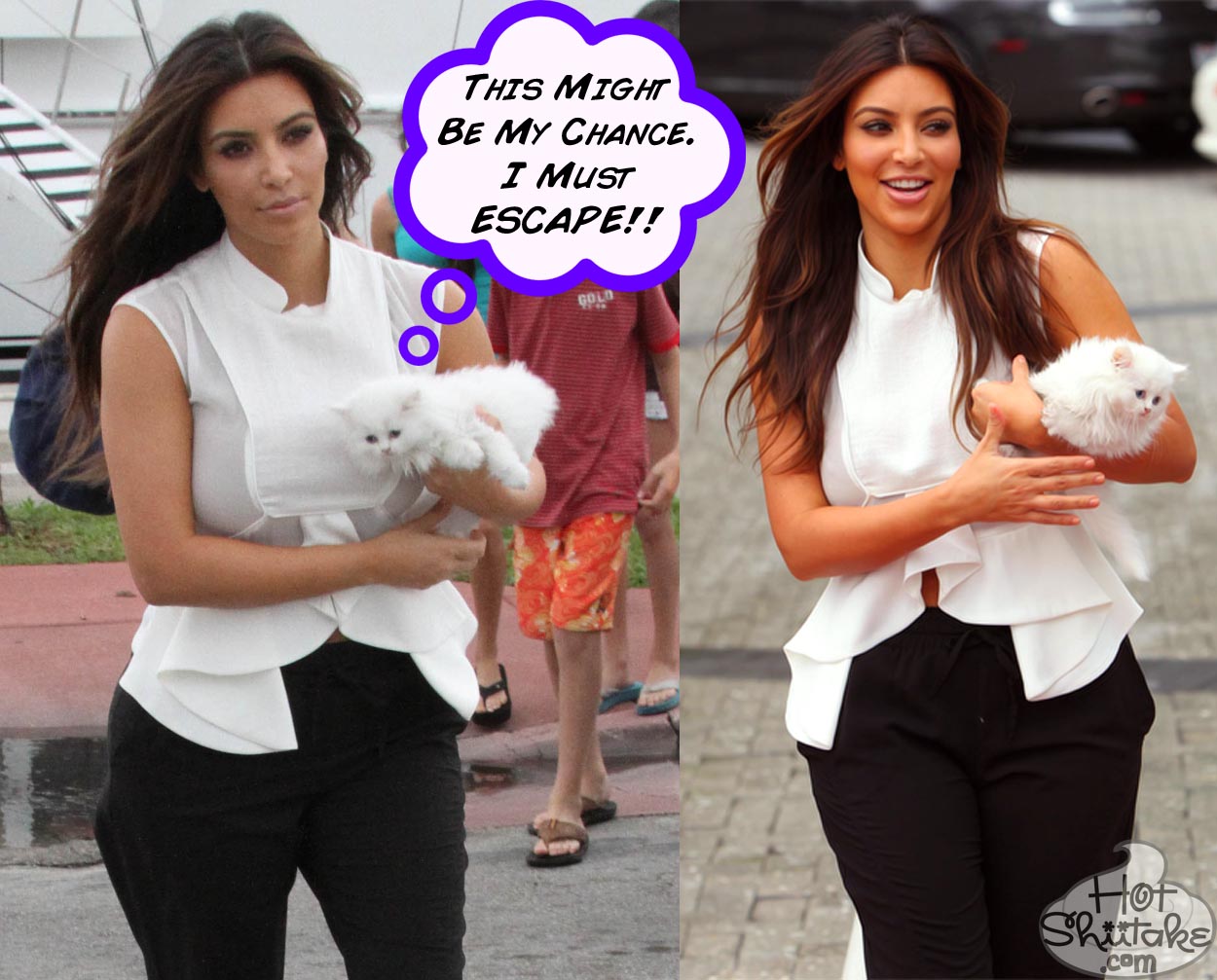 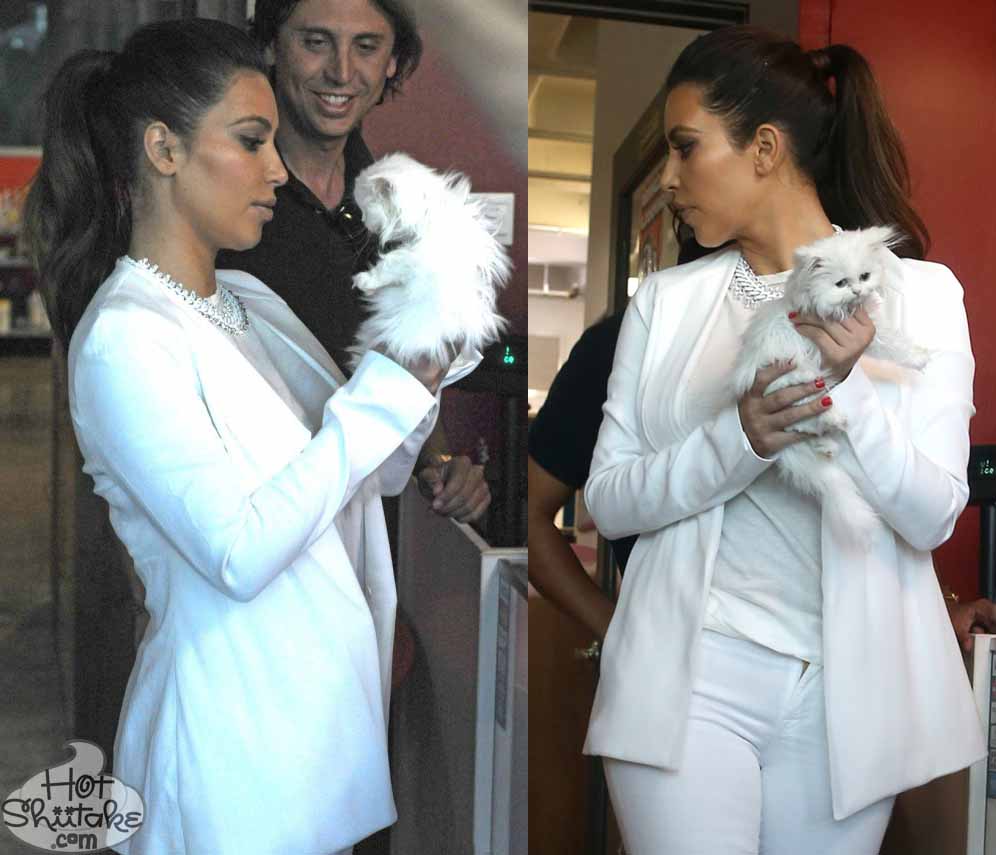 Mercy must learn to live with the consequences of her failed escape.

Kimmy K decided to get all kitty-kat-themed with her Halloween kostumes this year. Isn’t that kewl? 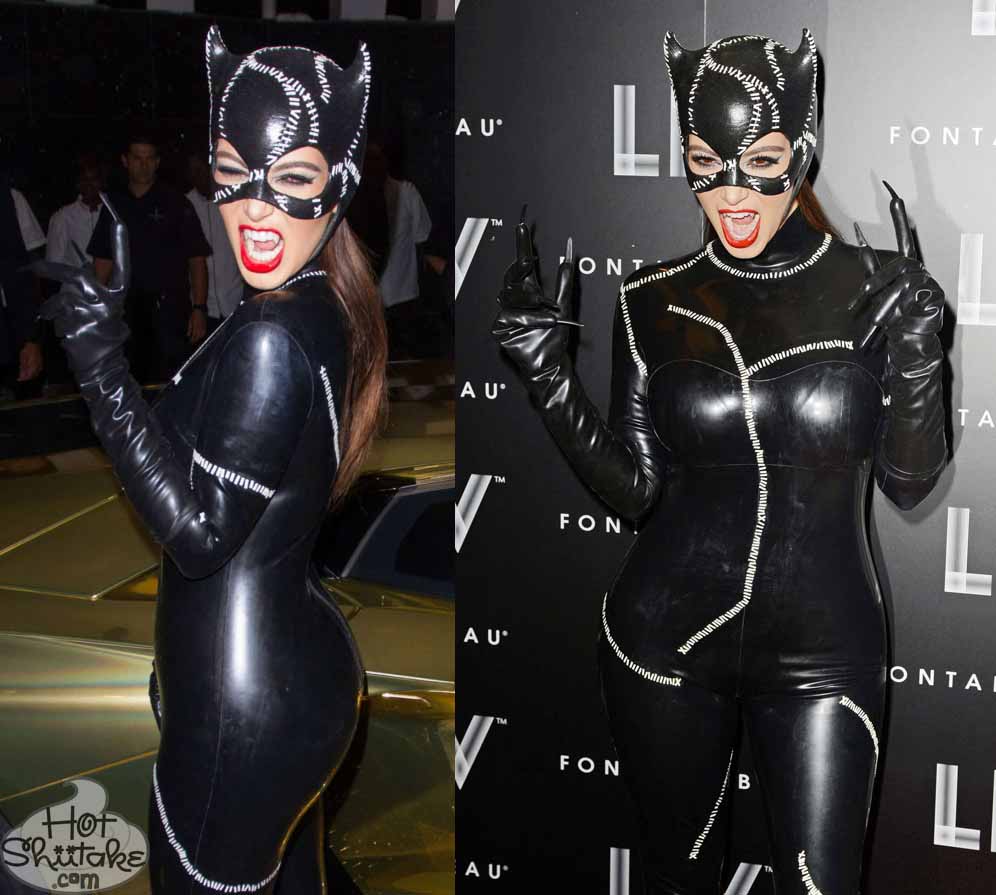 Kim Kardashian as a Leopard or Jaguar or Whatever-the-Crap

Hey, we’re not cat experts, but this thing Kim’s wearing looks kitty-licious, so we figured, what the hell-m-n-o-p, let’s throw it in for good measure. 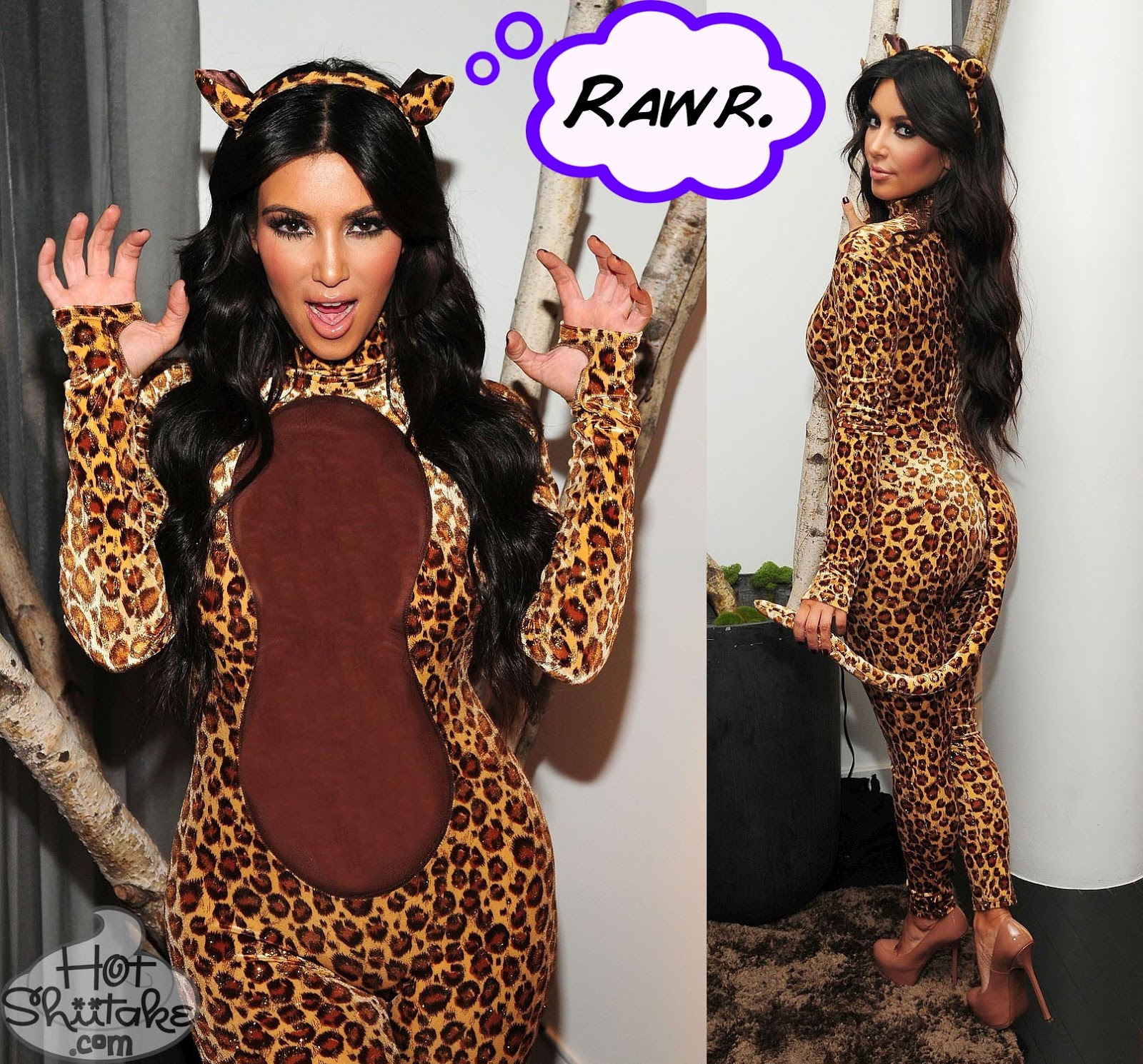 (Sorry to disappoint, but because Hot Shiitake is a wholesome, kid-friendly-ish site, we can’t show you all of Kim Kardashian, Superstar‘s pussycat-tastic past… if you catch our drift.)