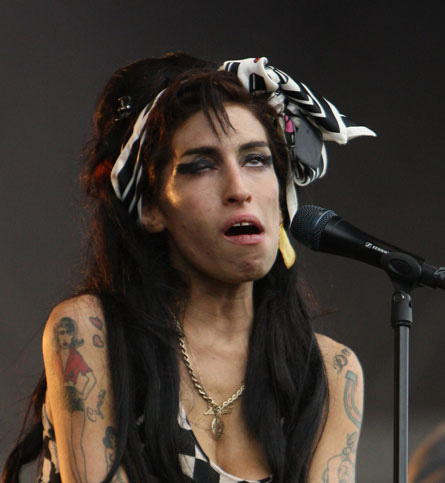 Once upon a time, we said Lindsay Lohan died, just for funzies…

TMZ has confirmed: “Amy Winehouse was found dead in her apartment in London today”

The following is a press release from the Metropolitan Police, regarding Ms. Winehouse’s death:

On arrival officers found the body of a 27-year-old female who was pronounced dead at the scene.

Enquiries continue into the circumstances of the death. At this early stage it is being treated as unexplained.”

We all know that Amy Winehouse lived a life filled with drugs and alcohol, so news of her death really can’t be considered shocking, but I suppose we shouldn’t jump to any hasty conclusions just yet…

Amy Winehouse had quite the month leading up to her death… including this little incident, after which, she had to cancel her European tour.

Seriously — watch this video of Amy’s interesting (and likely heavily drug-influenced) performance in Serbia, on June 18, 2011:

Remember when Amy Winehouse’s website was hacked last month? I wonder how Swagger Security feels about the death of the “white devil”.