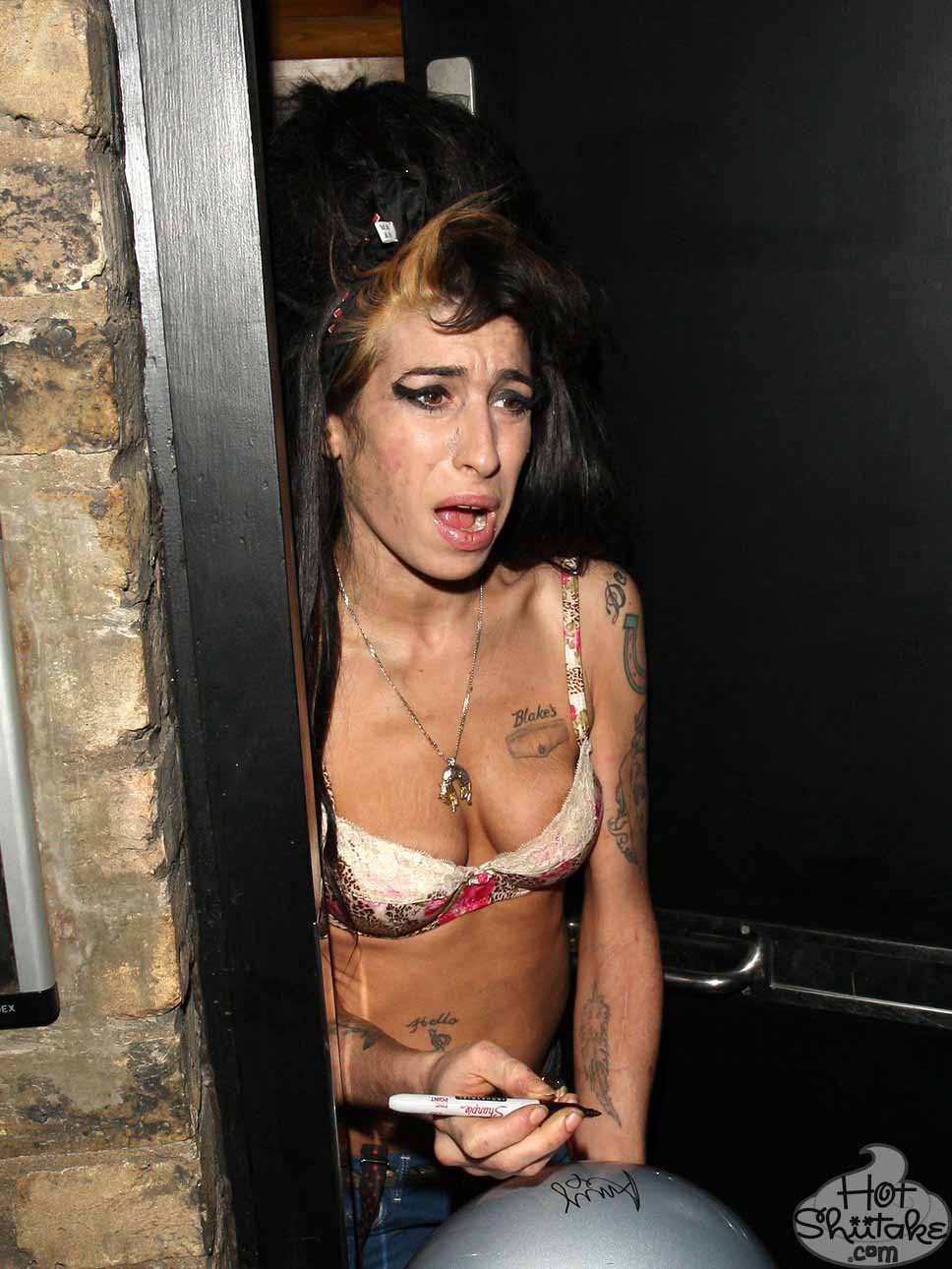 Earlier today, Amy Winehouse‘s website was hacked by what is, quite possibly, the most hilarious team of hackers ever: Swagger Security, or SwagSec, for short. (It’s not like I know a ton of hacker teams, though, so there could be a more hilarious team out there; who knows.)

The best part is: her website is still under the hackers’ control, as of publish time. Check it out for yourself: www.AmyWinehouse.com

(UPDATE: The hackers must’ve really done a number on Amy’s site, because Amy’s people have been forced to redirect her website’s URL to the Amy Winehouse Facebook page)

In case you missed it, here’s a screenshot of the hilarious shenanigans:

(Warning for any sensitive souls: I am much too lazy to censor this, there are just WAY too many words that would need to be blurred out. Plus, it’s just funnier this way.)

In their crazy, hard-to-read, mess of text, the hackers write:

I would rip on the text’s lack of readability…but I guess that’s why these guys went into hacking, and not web design.

BUT WAIT! The fun doesn’t stop there: Amy Winehouse’s hacker is on Twitter! Username: @SwagSec (I know you wanna follow!)

Let’s get to know @SwagSec, shall we? According to their Twitter Profile:

“WE ARE HERE TO TAKE BACK THE INTERNET .–.wHoOp.–. FROM THE WHITE DEVIL. WE ARE A TEAM OF HOMOSEXUAL NEGROS AND WE ARE PROUD OF IT. SWAGGGG”

And, because everyone loves screenshots: 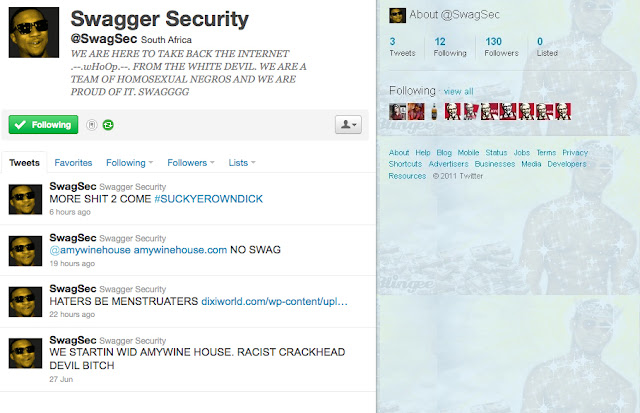 Please notice that @SwagSec is following 12 people, two-thirds of which are accounts associated with KFC. Nice.

UPDATE: KFC has blocked @SwagSec on Twitter. What idiots. They’re really missing out on a great opportunity for publicity. SMH. SMFH.