Home › Crime › Chris Brown Smiles & Hugs His Way Out of a Parking Ticket, Goes On Rant

Chris Brown Smiles & Hugs His Way Out of a Parking Ticket, Goes On Rant

It looks like everything in the world of Chris Brown is coming up roses. And sunshine, and unicorns, and rainbows, etc. etc.

Apparently, when you’re famous, all you have to do to get out of those pesky parking tickets, is give a big ol’ smile to the po-po officer. And don’t forget to throw in a hug, for good measure. 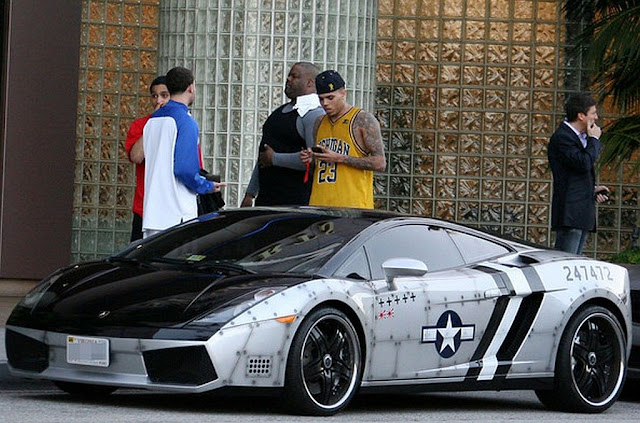 And yet: TMZ‘s ever-present cameras caught Chris Brown out n’ about in L.A. yesterday, where he threw yet another hissy fit… for seemingly no reason.

Chris Brown had just managed to wriggle his way out of a parking ticket, by smiling and hugging the (female) parking cop. After doing so, he proceeded to throw around a few choice homophobic and racist slurs, accusing the TMZ crew of alerting the parking cops to his illegally parked Lamborghini, yelling:

Racial and homophobic whatnot aside; apparently, when you drive a car that cost about 5x as much as your average crack house, the guvmint decides to give you a free pass on paying those hefty parking ticket prices. Maybe they figure you’ve got those pesky car insurance payments to worry about? Or, perhaps they figure they’re practically guaranteed to make more money off of you later, when they pull you over for speeding. We may never know.

Today, after being blasted in and around his, erm, rectum, for his gay-bashing (ironic, no?), Chris Brown tweeted the following “heartfelt apology,” no doubt at the insistence of “Team Breezy”:

@chrisbrown: “I have total respect for Gay community and my intention was not to insult anyone in it. #REALS**T”

We included Breezy’s Twitter background in the screenshot, just for funzies.

OK, so you have respect for the gay community, but what about the black community, Chris? Lolz.