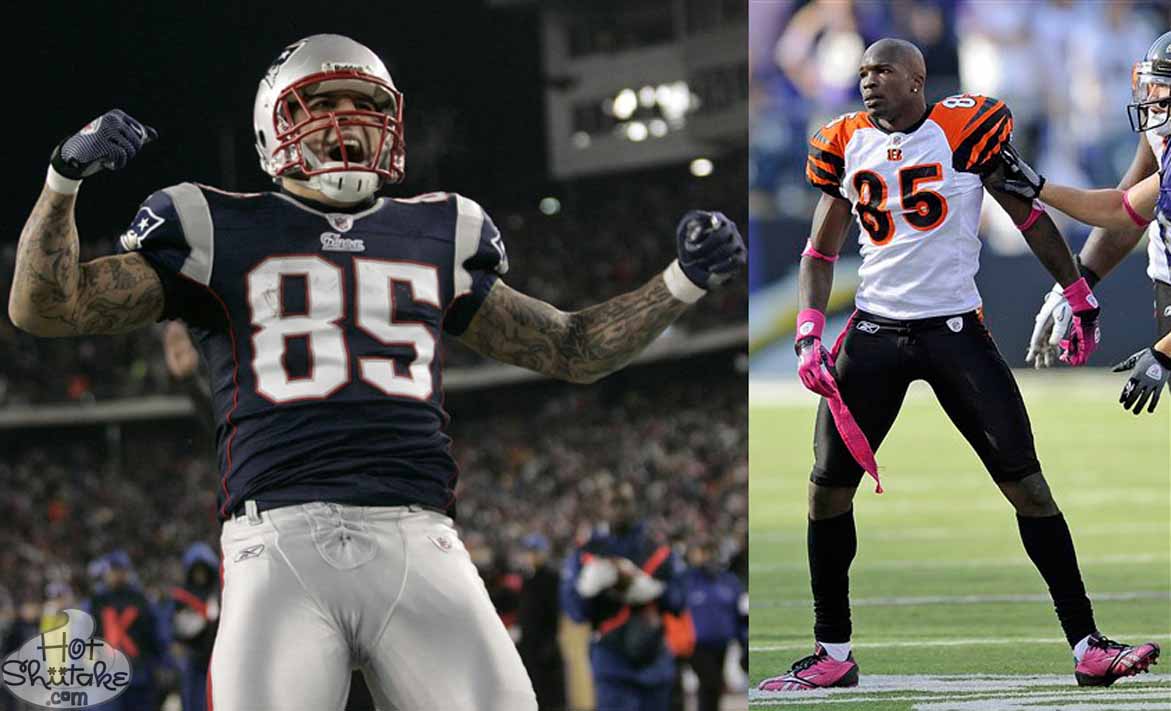 Chad Ochocinco was traded to the New England Patriots a few days ago (Thursday, July 28, to be exact), which presented quite the predicament: #85 was already worn by the team’s tight end, Aaron Hernandez (who had a not-too-shabby rookie season with the Pats)

Chad Ochocinco: 85 Is The Name Of His Game

As we all know, Chad legally changed his last name from Johnson to Ochocinco, back in August 2008, to match his jersey (more or less). So what was Chad Javon Johnson Ochocinco supposed to do now? Change his name back? Take some random jersey number and look like a fool?

Yesterday, TMZ reported that Ochocinco was “willing to pay anything to wear #85 on the Patriots.” [1]

Well, hats off to Patriots’ tight end, Aaron Hernandez, who must be a really cool guy, ’cause he’s letting Chad Ochocinco take his #85 jersey…for $Free.99, saying:

“Chad Ochocinco came to the team and he’s a great player and I had a chance to get my college number back and he obviously wanted 85, and it wasn’t a problem.” [2]

Besides that conjunction-overloaded statement… Good way to win fans, A.Hern! Consider yourself drafted for my fantasy team.

Fun Fact: #81 was also worn by one of my personal favorites: wide receiver, Randy Moss, when he played for the New England Patriots.