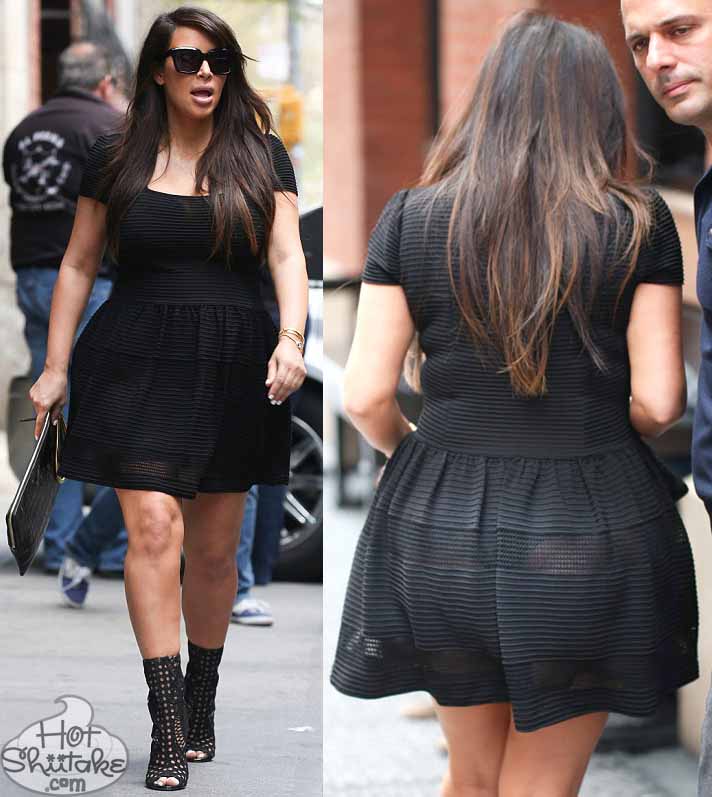 A six-months-pregnant Kim Kardashian stepped out in New York City with her baby daddy, Kanye West, on April 24, 2013 — showing a bit more than she bargained for (or maybe just as much as she bargained for?).

After years in the spotlight, and many wardrobe malfunctions under her belt, you’d think Kim would know better by now, and remember to wear proper undergarments when she goes out in public. Unless — gasp — she couldn’t be pulling wardrobe malfunction stunts like this on purpose … could she?? 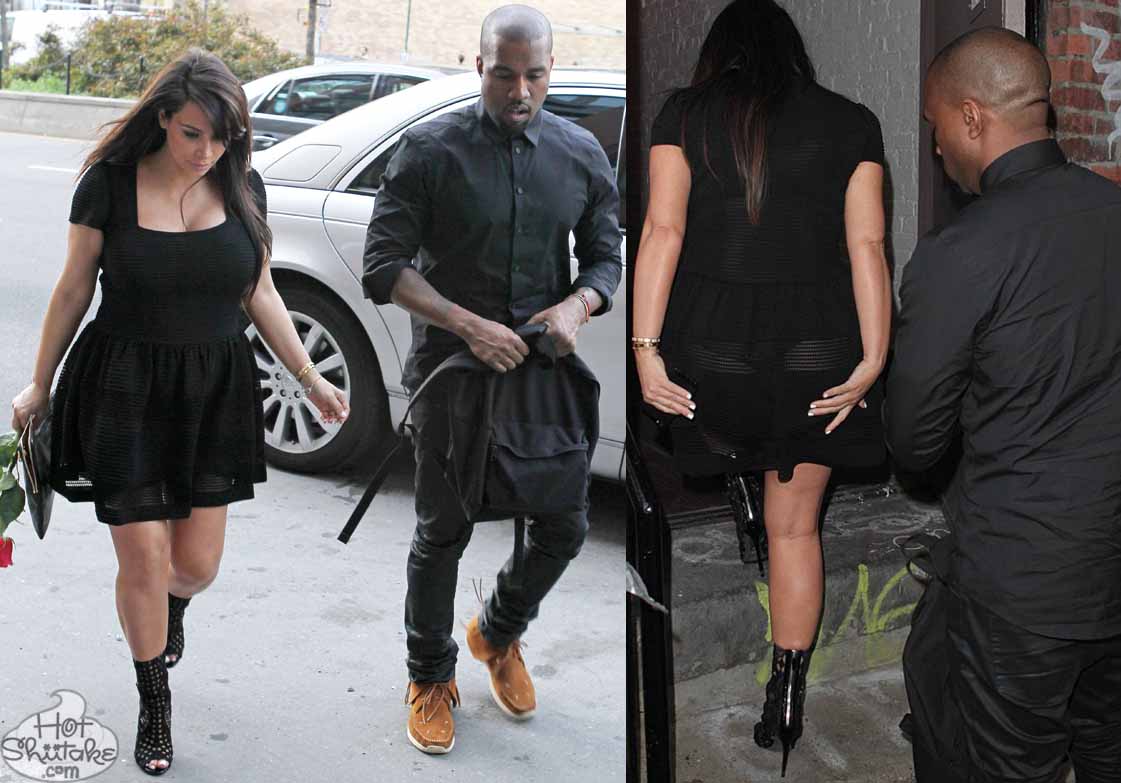 Kim K. may be knocked up, but a bun in the oven can’t stop her from letting her best asset shine. What a true feminist.

Because Kim Kardashian was kind enough to let us see that thong th-thong-thong-thong, it’s only right that we honor her with a classic tune.