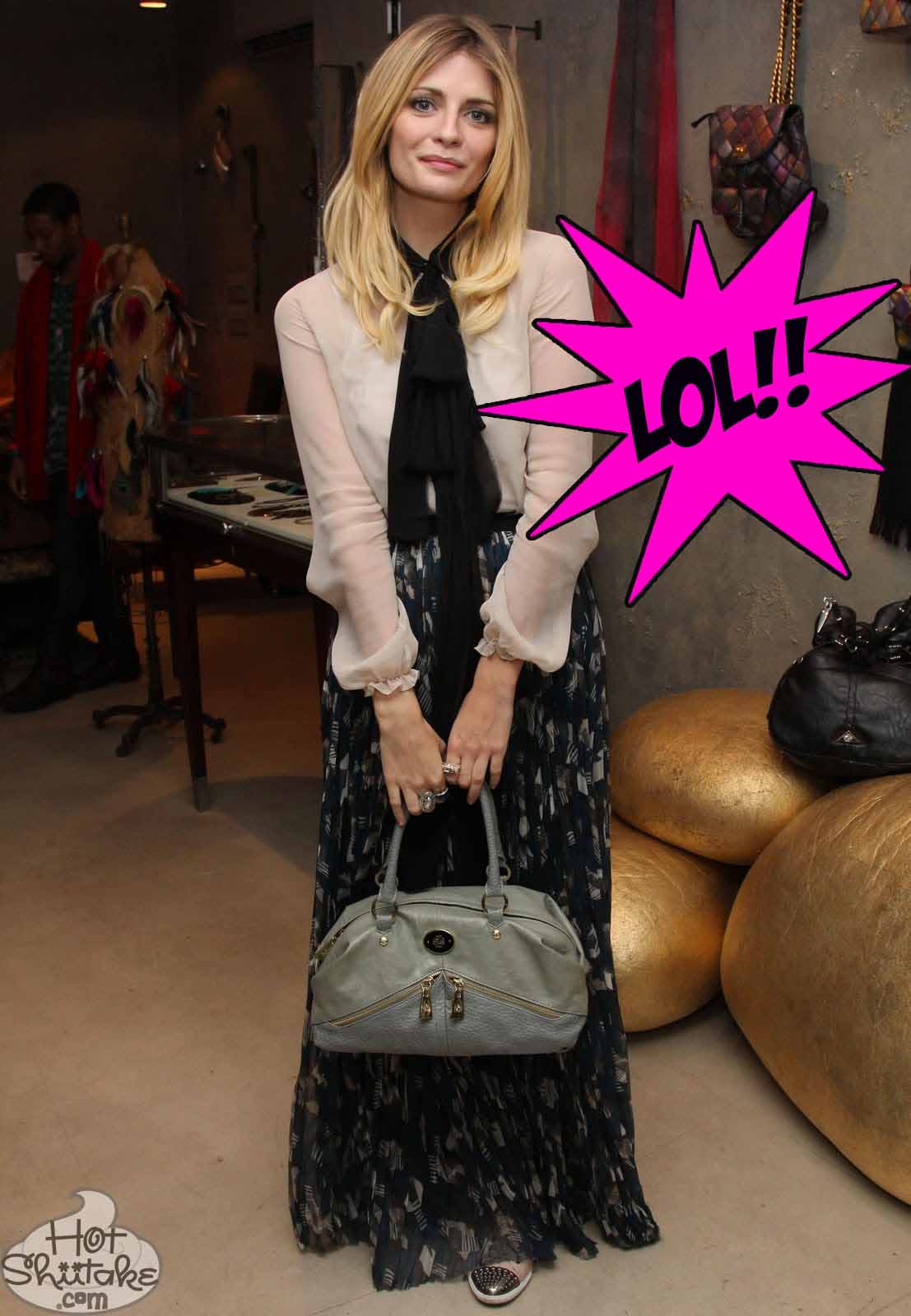 Exhibit A: Mischa Barton with one of her dumb handbags.

In what appears to be a desperate move to save a tragically unsalvageable career, Mischa Barton launched a handbag line… in 2008. Who knew?

These, umm, highly coveted (yeah, right) handbags were previously only available in Australia and Japan and stuff, but get excited, Mischa Barton stateside-superfans, because Mischa has just launched her dumb line of handbags at A. Turen in New York City!!!

When speaking of her handbag line, Mischa Barton has gone so far as to voice her delusional hope that Kate Middleton will one day carry one of her heinous handbags. Let’s all take a moment to have a good chuckle at that.

News of Mischa’s line of fugly bags has been flitting about, almost undetectably, since June of this year. Maybe sooner. But the thing is: trying to recall why anyone ever cared about Mischa Barton in the first place strains the mind almost unbearably.

Remember in September of 2009, when Ms. Barton starred in The CW’s The Beautiful Life, which ran for a whopping 2 episodes before getting axed? Yeah, didn’t think so.

Since then, Mischa hasn’t been doing a whole lot, so now that Mischa Barton has brought her handbag line to the US, the question is: Who cares?

The answer is: Nobody.

One more question is: Who will buy these dumb bags?

Again, the answer is: Nobody.

Yet another question one might ask: Is Mischa Barton a crazed alcoholic with severe delusional tendencies?

Jeopardy-style answer: What is “probably”? *

You know what would actually be an interesting next move for Mischa? Celebrity Rehab. Hot Shiitake and friends find that hot mess of a show absolutely fascinating.

*Fun Jeopardy Fact: To give a Jeopardy-style answer, simply make a statement with an upward inflection at the end to indicate questioning. Look up the rules, you’ll see.