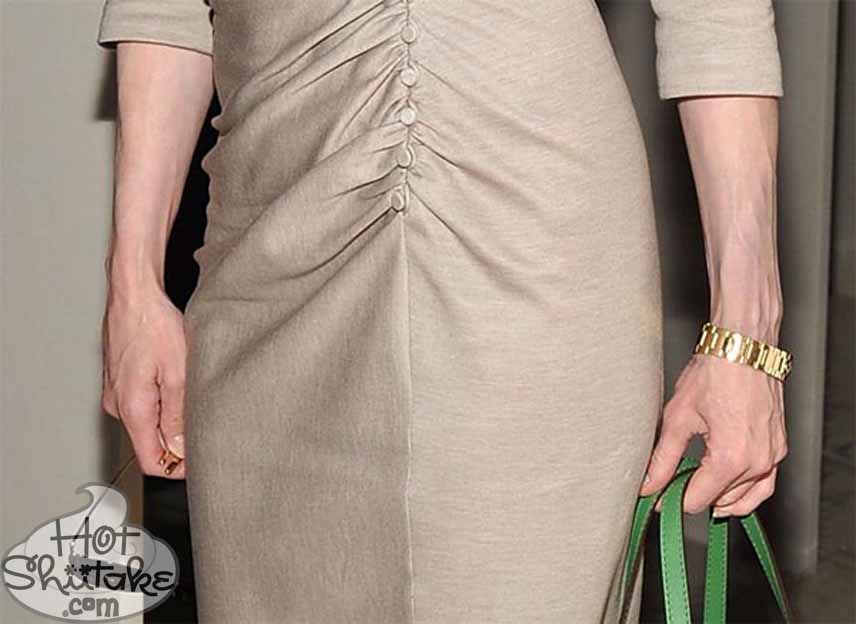 Can you guess which celebrity owns these old, withered hands?

These Celebrity Old Hands May Be Younger Than They Appear

Click on the image below when you’re ready to reveal the owner of these weary, world-worn hands.

Renee was photographed at Carolina Herrera’s Spring 2012 fashion show in NYC, September 12, 2011, and Renee loves her Carolina Herrera. Remember that wretched black dress with the exposed zipper that Ol’ Lemon Lips wore to the 2009 Golden Globes? Whatever. Over it.

So, what happened to Nay-Nay’s hands to make them look so g-damn old?? Why does her face look so awful all the time? And who did she sleep with to become a “leading lady” in so many of those newfangled moving pictures (AKA Talkies)? Who would want to sleep with her? Did she become a leading lady by promising not to make any sexual advances on some important Hollywood honcho?

Some of life’s most puzzling questions shall remain unanswered for centuries. We can only hope that someday, someone solves these deep, dark mysteries.

One comment on “Guess The Old Celebrity Hands — Which Old Hag Owns These Old Hands?”