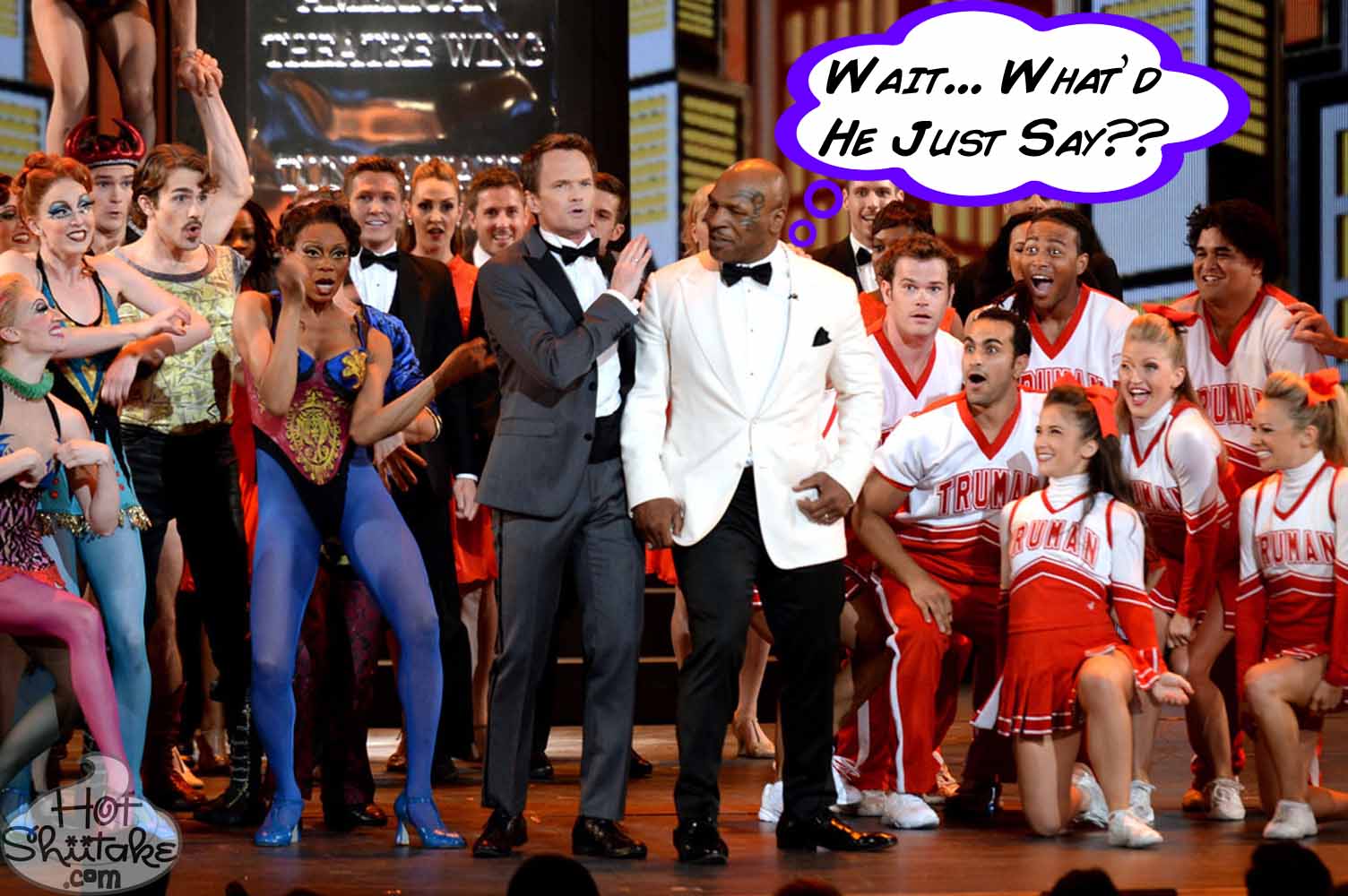 Neil Patrick Harris hosted the Tony Awards last night (June 9, 2013), which doesn’t sound very exciting — let’s face it, no one watches the Tonys — except, during the opening number, NPH may or may not have dropped the N-word. Yes, that N-word.

Neil was performing an eight-minute number with Mike Tyson to open the 2013 Tony Awards (which aired on CBS) when the maybe-N-word drop occurred. Here’s what he allegedly sang:

“In tandem like we planned ‘em, forgive me if it’s random, but Mike Tyson had a one-man show; let’s give the man a hand, and make things bigger — like, bigger. I’m here with Iron Mike — he’s a heavyweight, yo. We’re going bigger. Is I his [N-word?]?”

While it seems strange that Neil Patrick Harris would decide to drop the N-word in the middle of his hosting gig, perhaps he’s the kind of guy who’d do anything for a good rhyme…

After news broke that Neil let the N-word slip during his Tonys performance, he took to Twitter, as any good celebrity would do, and vehemently denied the nasty accusation:

Really, Daily Mail?!? The N-word? That’s your story?!? I would NEVER be so disrespectful and frankly, neither should you.

So, do you believe NPH? Or do you think he’s just trying to save his upcoming gig as host of the 2013 Emmy Awards (which will also air on CBS)?

Watch the video of NPH’s Tony Awards performance for yourself, and let us know what the crap you think he might be saying at the 0:16 mark… because it sure sounds like he did, indeed, blast the N-word.

0 comments on “Did Neil Patrick Harris Say The N-Word At The Tony Awards? — VIDEO”

1 Pings/Trackbacks for "Did Neil Patrick Harris Say The N-Word At The Tony Awards? — VIDEO"